Posted on 26 Apr ’11 by Biff Hollingsworth

Item description: Love letter from John Halliburton to his fiancee Juliet. At the conclusion of the letter, Halliburton describes the scene at the University of North Carolina as many of the University’s students depart for military service. 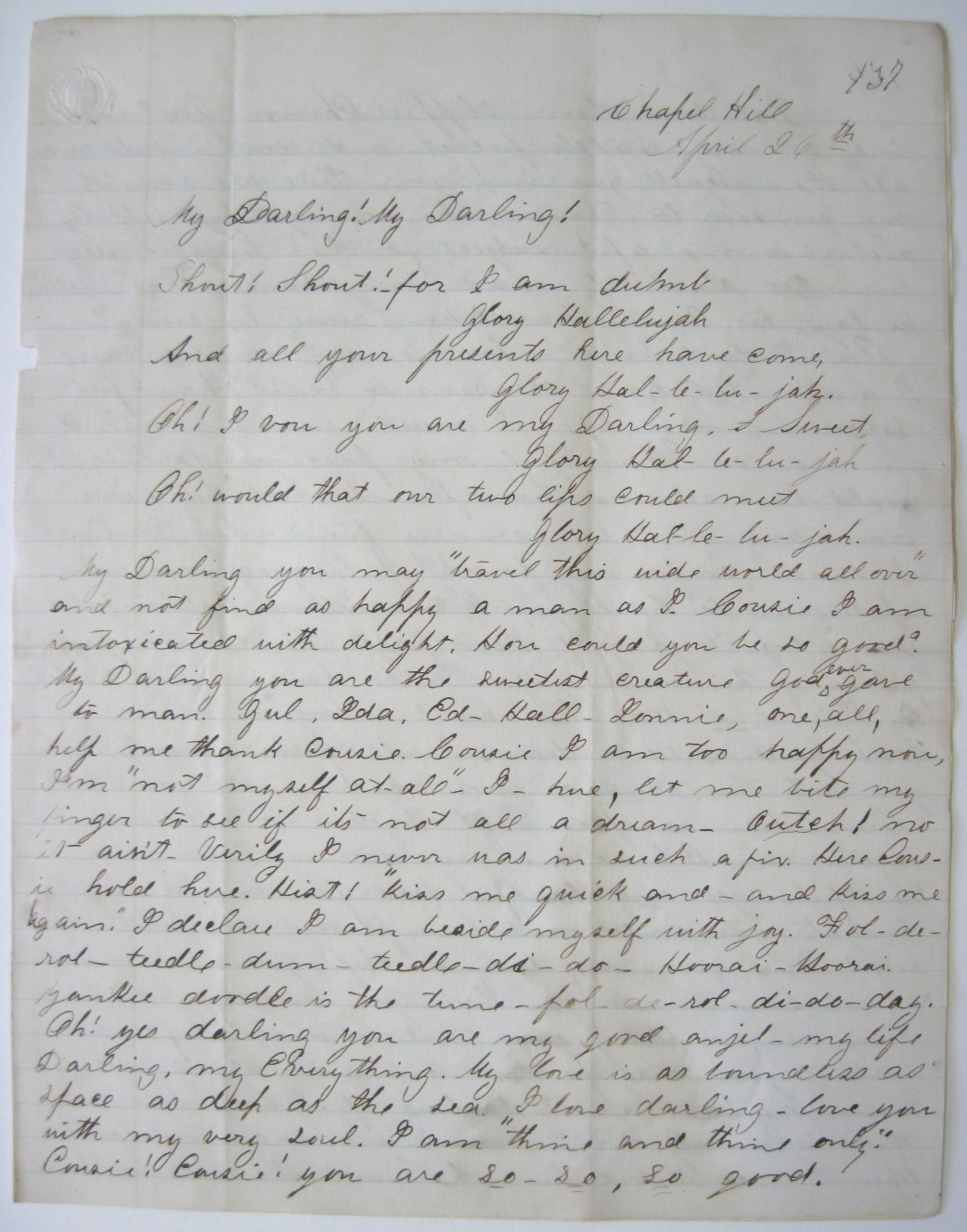 Biographical information on John Wesley Halliburton is incomplete. He was born in Woodville, Tenn., in 1840. Before his graduation from the University of North Carolina in 1861, he became engaged to his second cousin, Juliet Halliburton of Little Rock, Ark.

Although he opposed secession from the Union, Halliburton enlisted in the Confederate Army with his home county regiment, the Haywood County (Tennessee) Grays, soon after he left Chapel Hill. While Halliburton was visiting Juliet in Arkansas in the spring of 1862, Memphis fell to the Union, and he was unable to rejoin the Haywood County troops. Instead, he enlisted with an Arkansas regiment, and at one point was captured and imprisoned.

Eventually, Halliburton and Juliet were married. They had two sons, Wesley and John Holloway Halliburton.