Item description: A Confederate pictorial envelope casting Col. Elmer E. Ellsworth as a thief. Ellsworth was the colonel of the 11th New York Volunteer Infantry Regiment, or the Fire Zouaves, known for their French inspired uniforms. He and his troops were stationed in Washington, D.C.  On May 24, 1861, Ellsworth and his soldiers went to remove  a Confederate flag flying above Marshall House Inn in Alexandria, Virginia.  After Ellsworth removed the flag, the Inn’s owner, James W. Jackson, shot him in the chest. Ellsworth is known as one of the first casualties of the war. 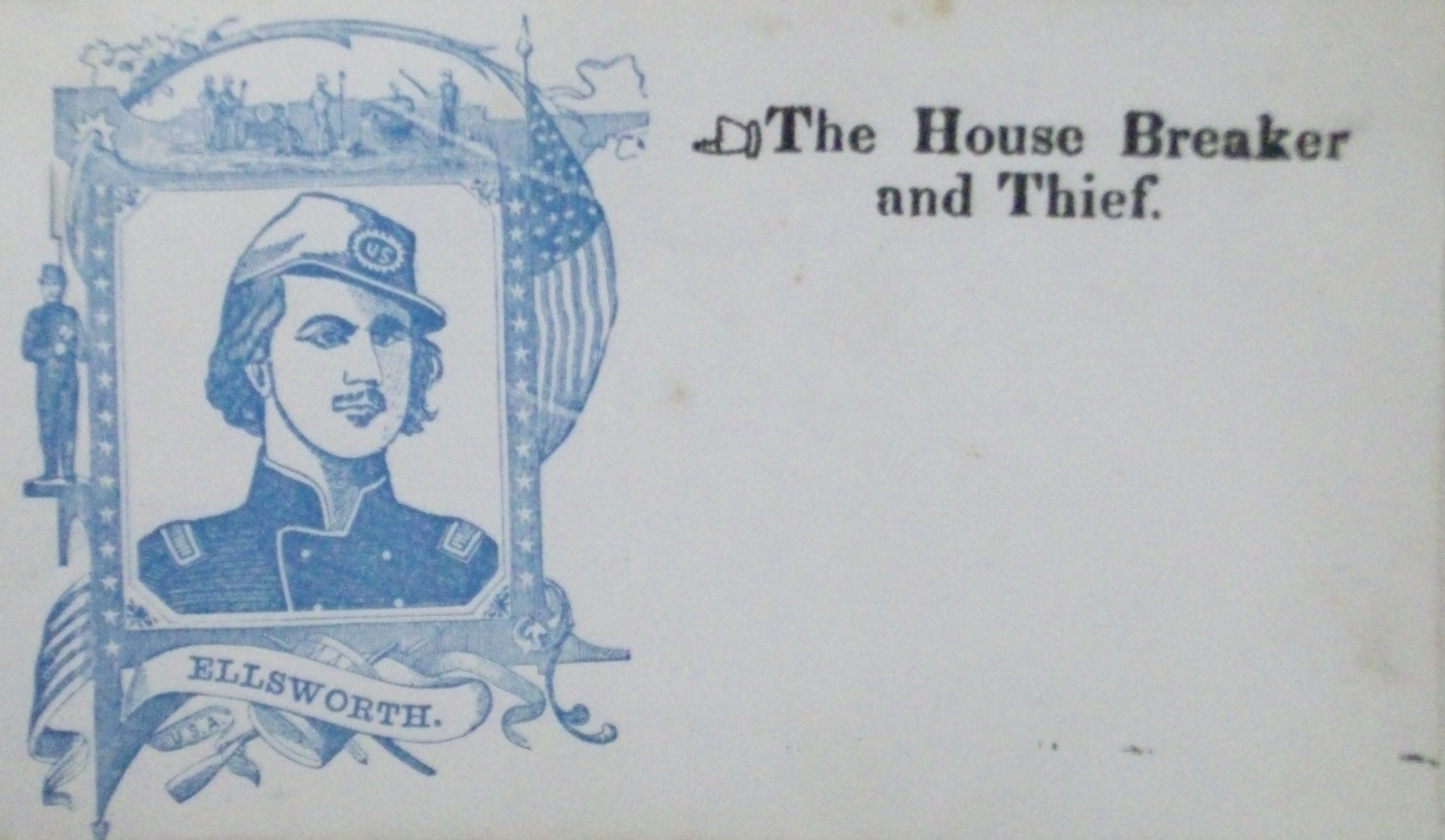 This entry was posted in Southern Historical Collection and tagged casualty, Col. Ellsworth. Bookmark the permalink.