27 May 1861: “[Confederate] soldiers are very different from the miserable rabble composing Lincoln’s Army…”

Item Description: In his diary, Rev. Overton Bernard compares the northern army against that of the South. He portrays Confederate forces as more honorable, religious, and capable. 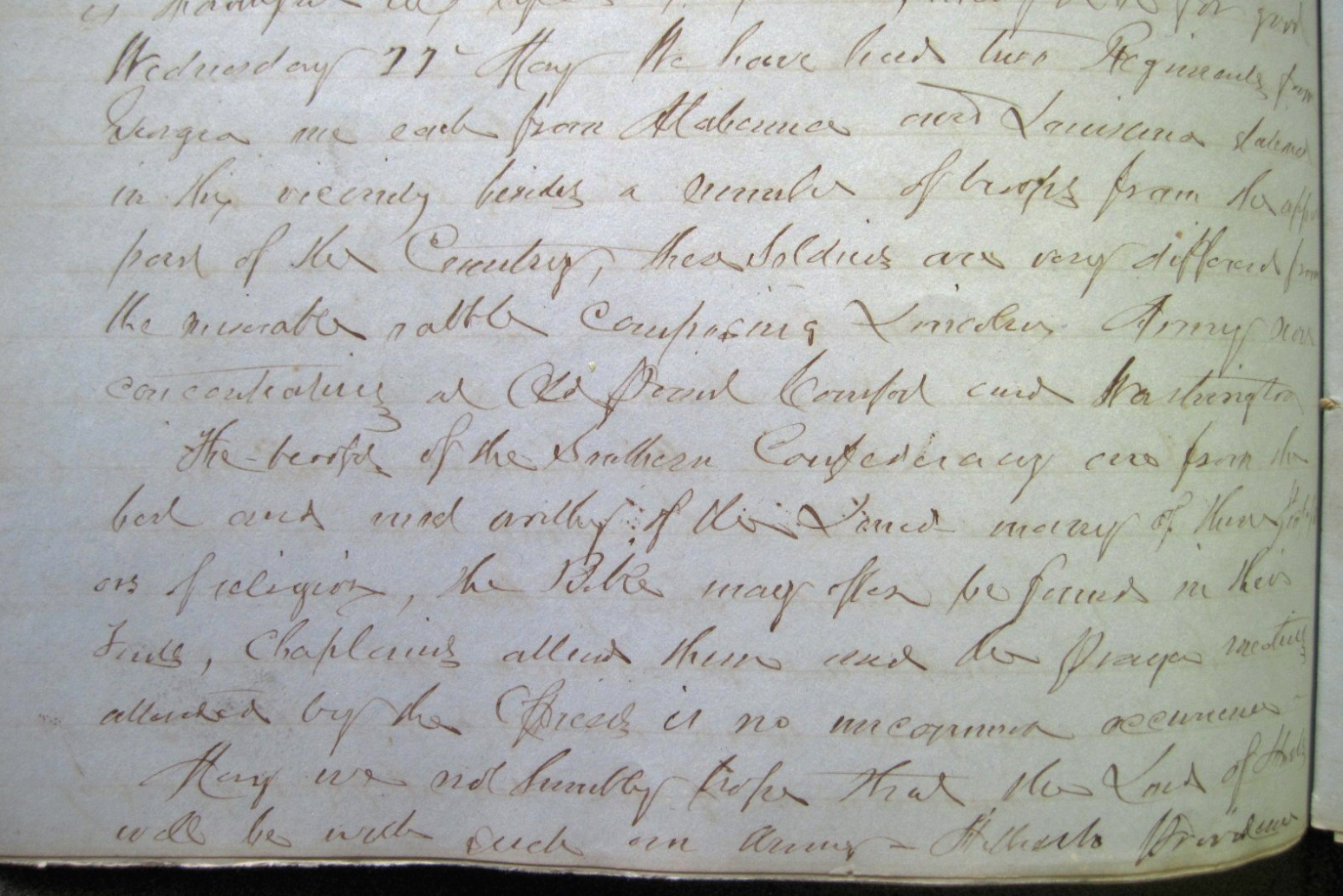 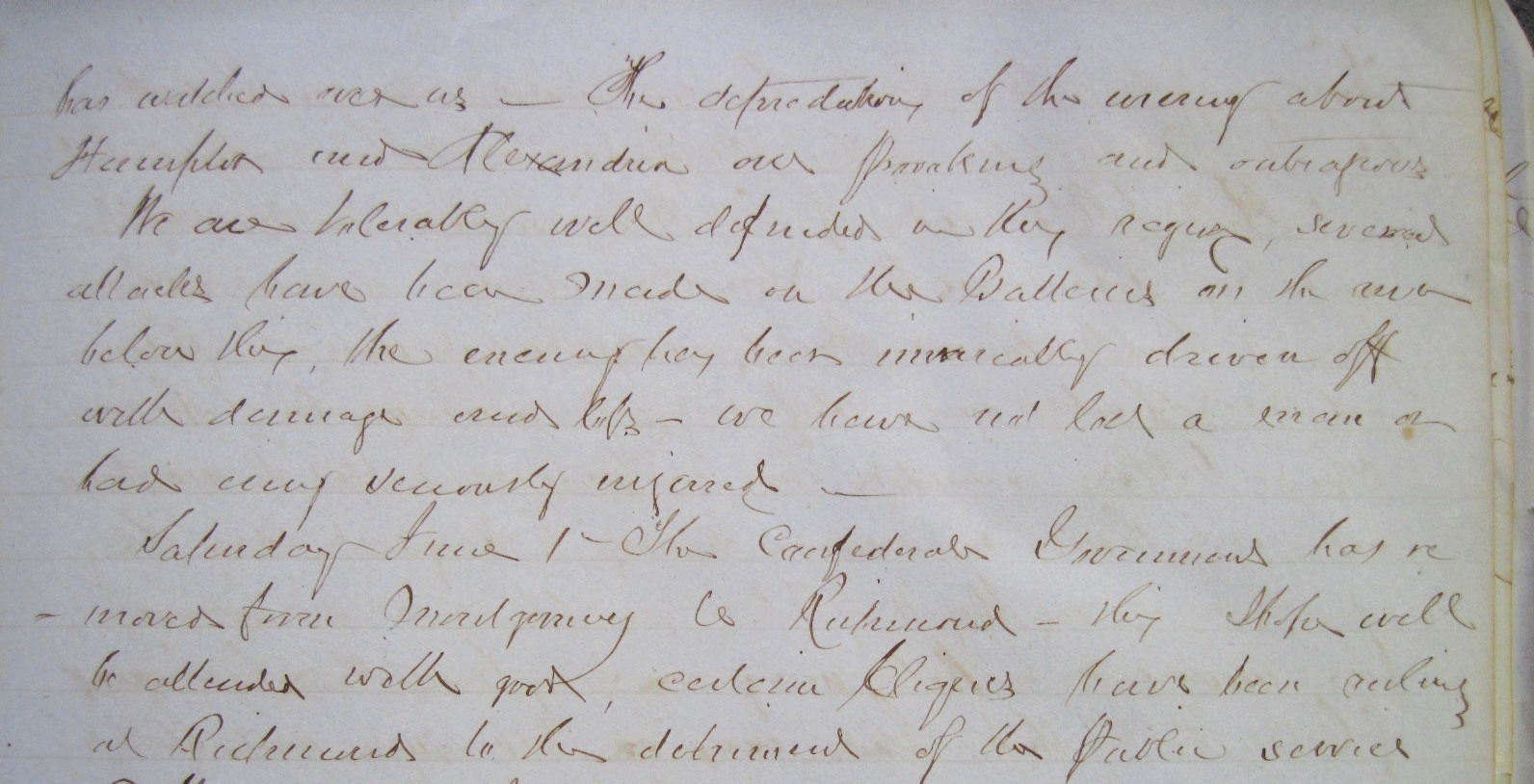 We have had two Regiments from Georgia one each from Alabama and Louisiana stationed in this vicinity besides a number of troops from the upper part of the Country, these soldiers are very different from the miserable rabble composing Lincoln’s Army now concentrating at Old Point Comfort and Washington.

The troops of the Southern Confederacy are from the best and most worthy of the Land many of them Professors of religion, the Bible may often be found in their Tents, Chaplains attend them and the Prayer Meeting attended by the Officers is no uncommon occurrence.–

May we not humbly hope that the Lord of Hosts will be with such an Army – Hitherto Providence has watched over us — The depredations of the enemy about Hampton and Alexandria are provoking and outrageous.

We are tolerably well defended in this region, several attacks have been made on the Batteries on the river below this, the enemy has been immediately drive off with damage and loss – we have not lost a man or had any seriously injured.

About Overton Bernard: Overton Bernard kept his diary while serving as a Methodist minister in Edenton, N.C., 1824, and as a bank employee in Portsmouth, Va., 1858-1863.