30 May 1861: “To the President of the United States: SIR: The course of despotism is that of rapid and aggravated progression.”

Posted on 30 May ’11 by Biff Hollingsworth

Item Description: Editorial written anonymously by a “southern spy” decrying Abraham Lincoln a despot for his alleged violations of civil liberties. “A citizen remaining in the Union is no longer free,” the writer suggests. 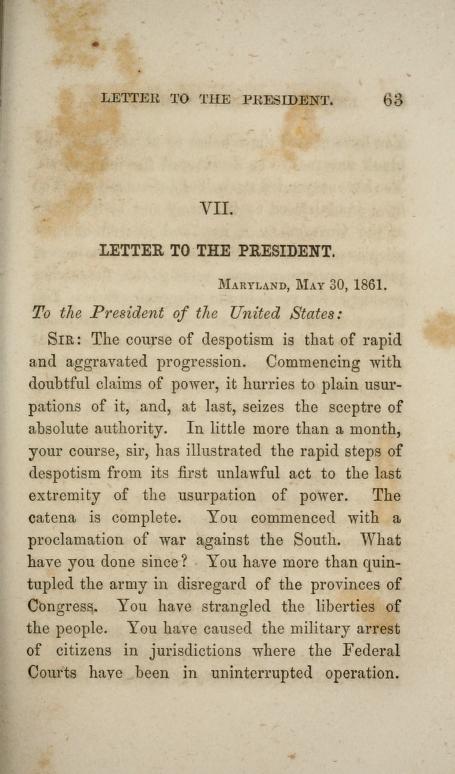 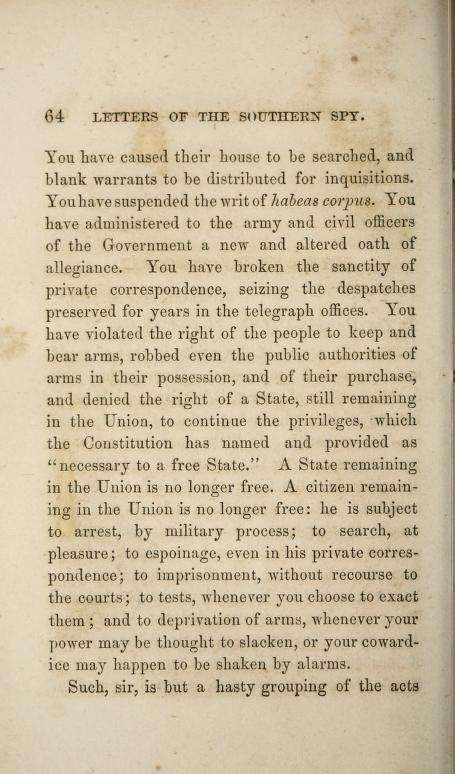 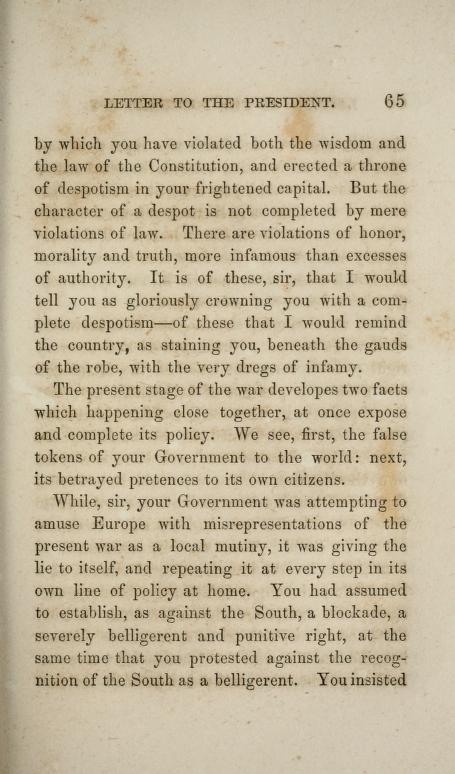 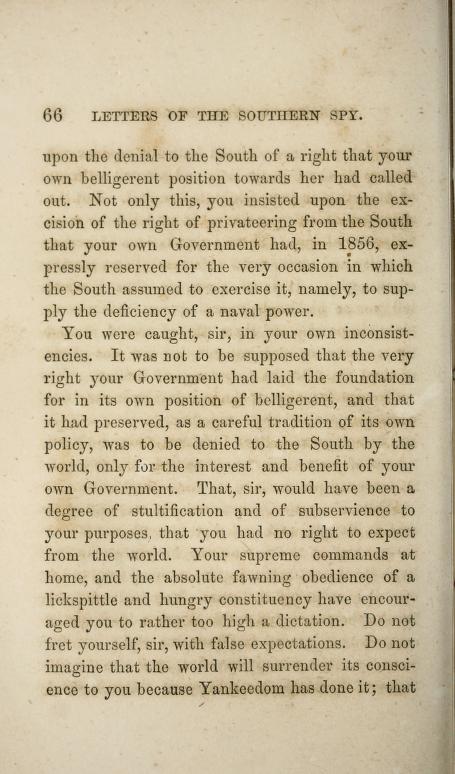 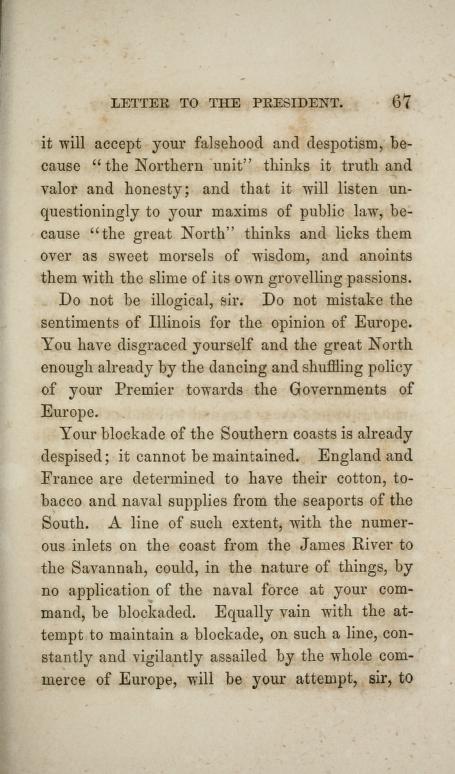 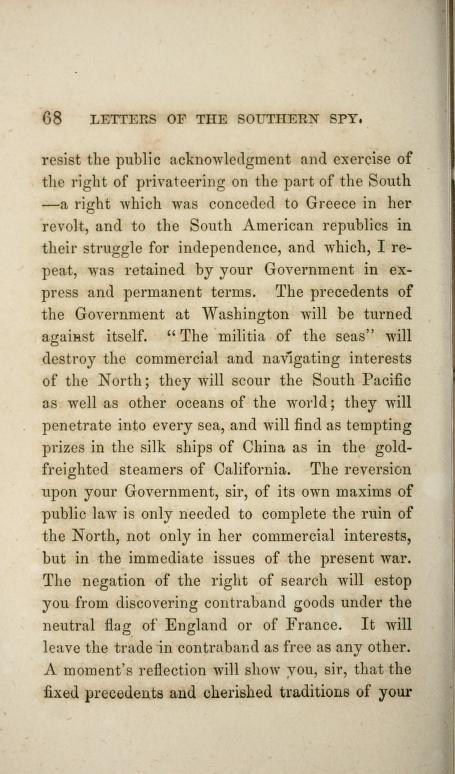 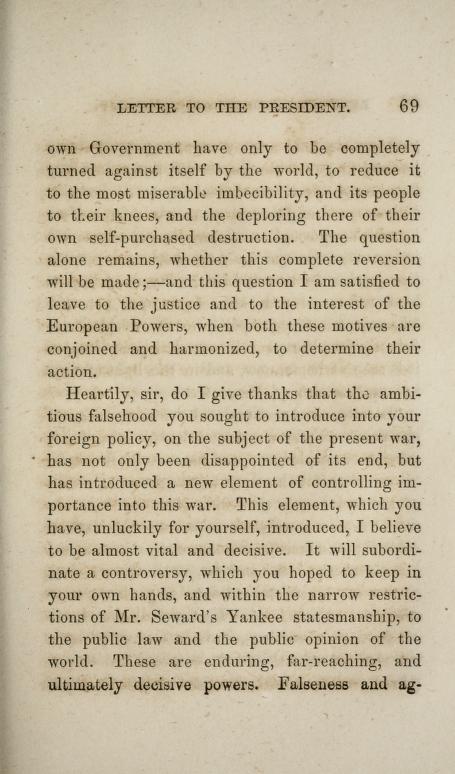 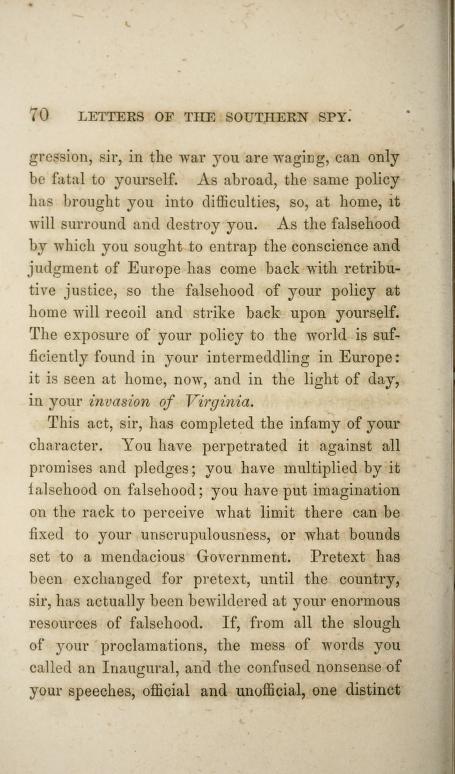 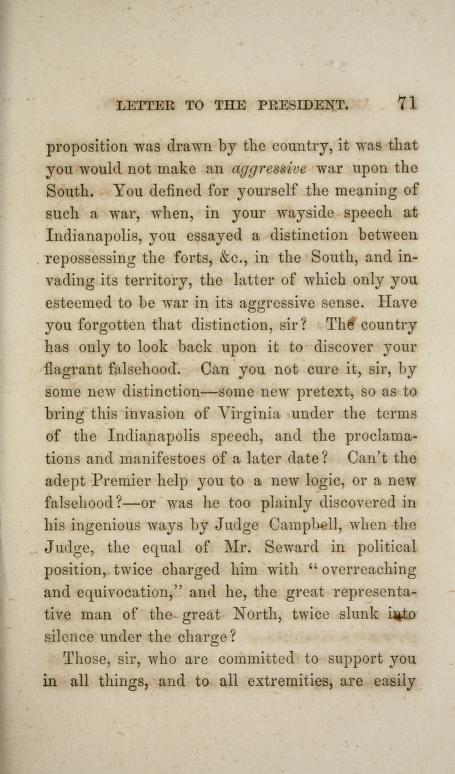 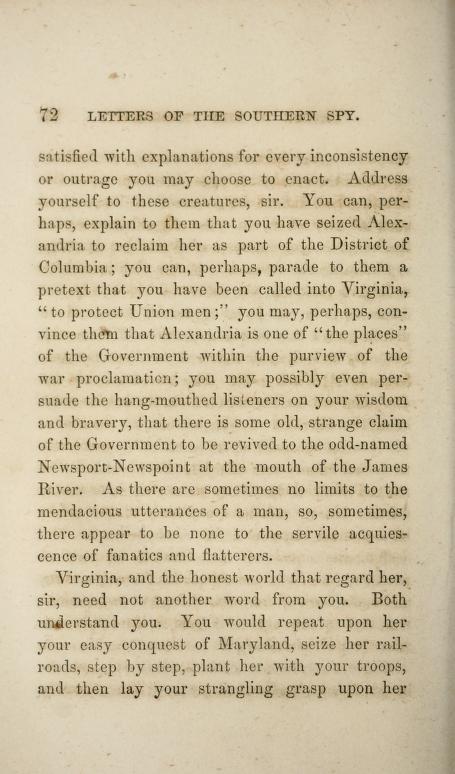 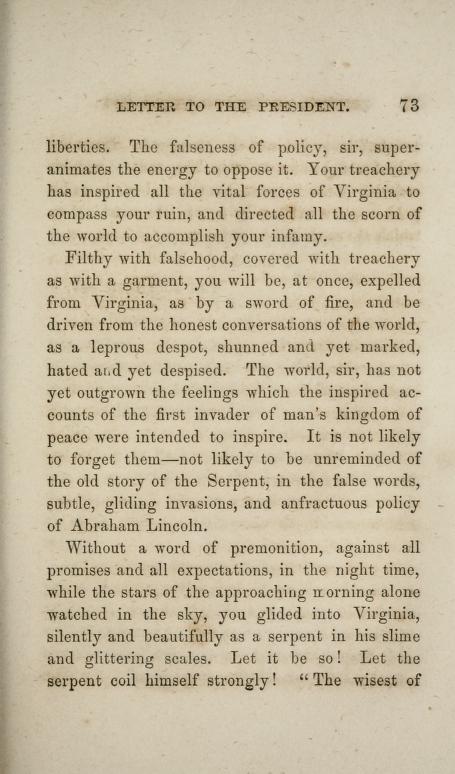 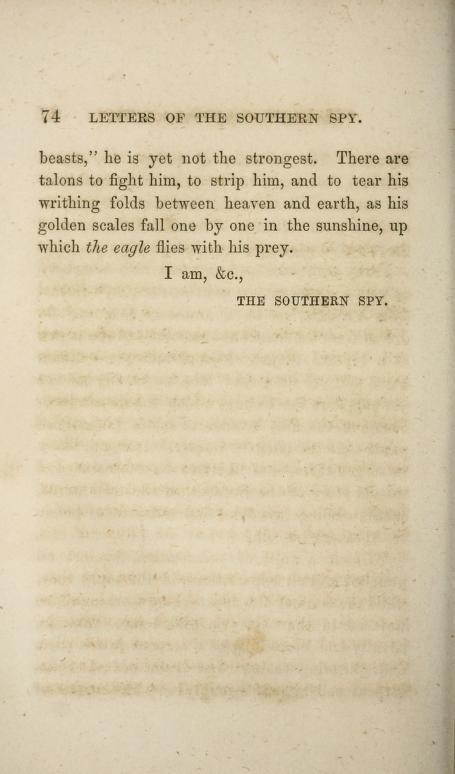 More about this item: From the prefatory of the book:

The author of these letters, once a Union man, as long as there was a prospect of acquiring and maintaining the constitutional rights of the South in the Union, and of realizing a hope of Christian peace and charity therein; once averse, on politic grounds, to the early movements of secession, as offering a violent resource for what he then hoped might be moderately remedied, sees that Union now affected to be maintained by a despotism, and the former issue of secession now converted into one where the right of self-government is on one side, and a war of despotism, usurped powers, compulsory purposes and wanton atrocities is on the other.

In the essential alteration of the issue, he can only be for the independence of the South, when it is no longer to be treated by its opponents on moral and constitutional grounds, but to be contested by a despot’s war; and against that war and that despot, who has murdered the peace of his country, he acknowledges all the feeling of opposition that a true and patriotic and justly indignant spirit may offer for the vindication of the right.

To vindicate the now rightful spirit of the South, and to strip despotism to its nakedness, he has written the following letters, which he hopes to continue for good. If there are harsh expressions to be found in them, it is sufficient to say that he has regretted the necessity of speaking harsh words of harsh things; and that he will be satisfied to repent the use of censure and sarcasm as untruthful, unchristian and unmanly, only when they are proved to have been undeserved.

One Response to 30 May 1861: “To the President of the United States: SIR: The course of despotism is that of rapid and aggravated progression.”