Posted on 15 Jun ’11 by Biff Hollingsworth

Item description: Selected advertisements from the Wilmington (N.C.) Daily Journal from 15 June 1861. During this period, newspaper advertisements would often run for several weeks or months and would advertise a great range of items for sale, wanted ads, and other notices. A striking theme emerges from many merchants’ advertisements: a shift away from the acceptance of credit to only a cash business.

Many of the ads also show how some soldiers were solely responsible for outfitting their field supplies (uniforms, tents, even maps and military manuals that were being sold at local bookstores). Also interesting are the ads soliciting servants to accompany soldiers into battle, such as the ad below that states, “Wanted, By a young married man, who is about starting to Virginia, in Company F. 3rd Regiment, a small negro boy or girl, to leave home with his family. One large enough to run errands, chop wood, &c., desired.” 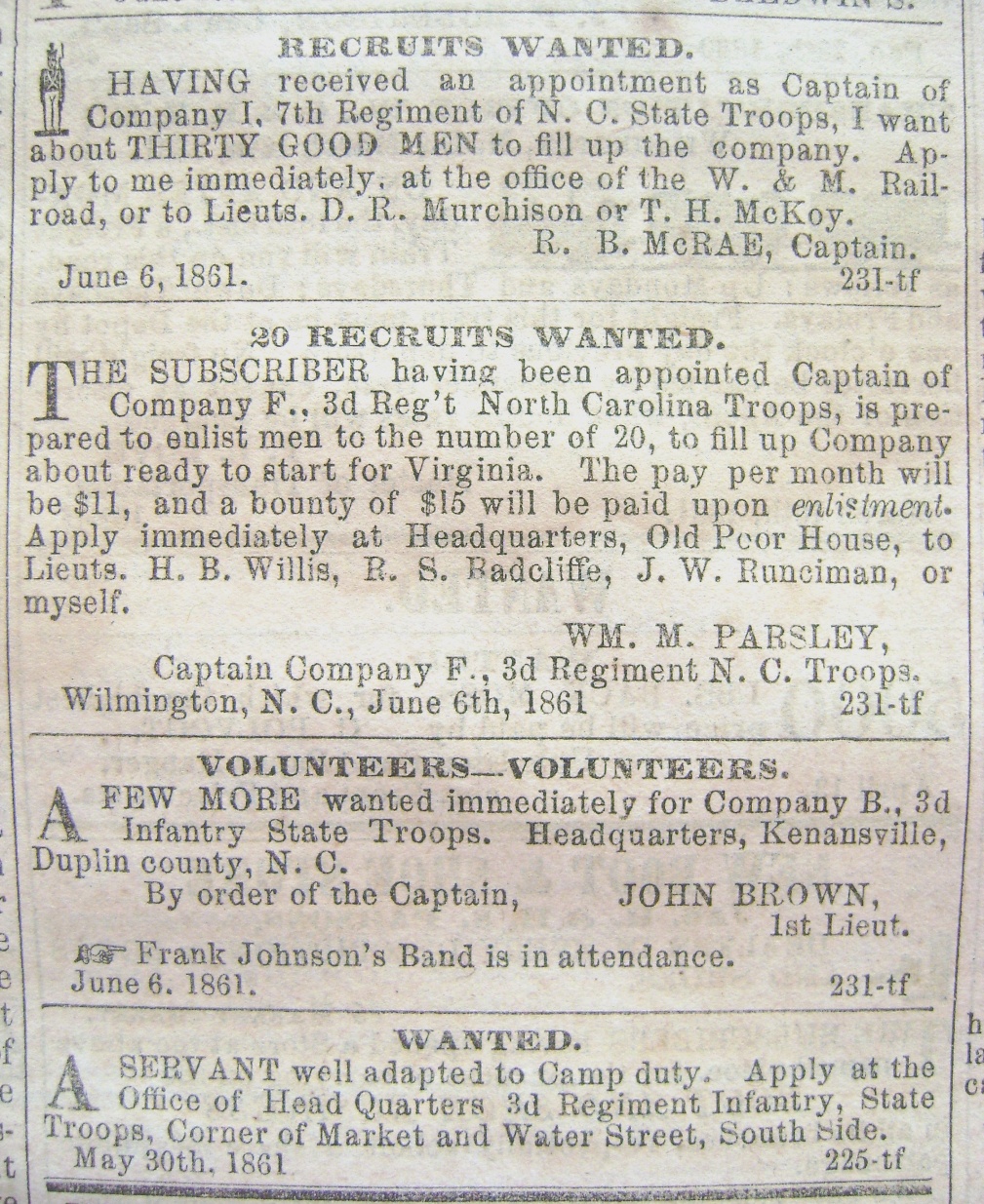 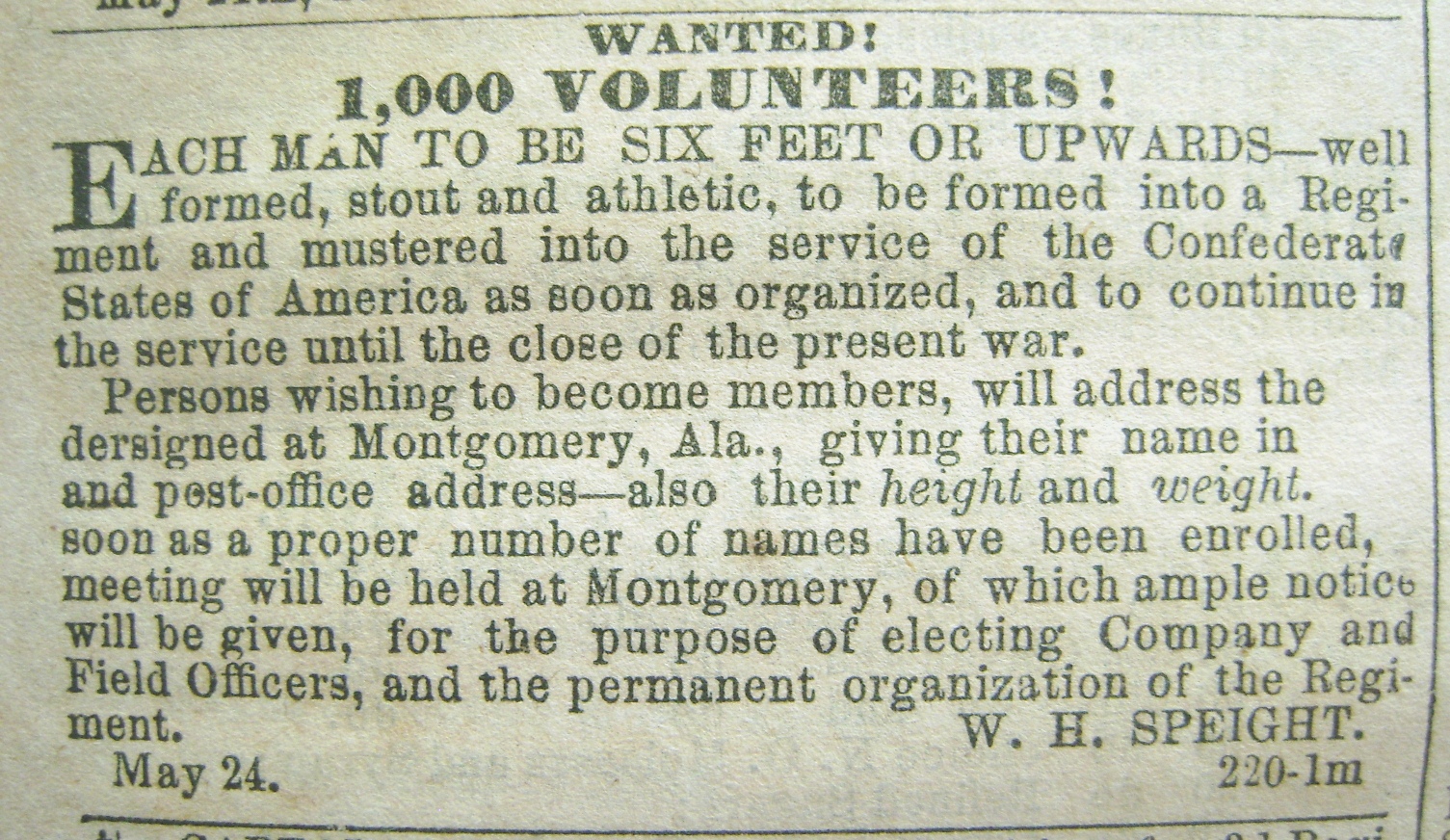 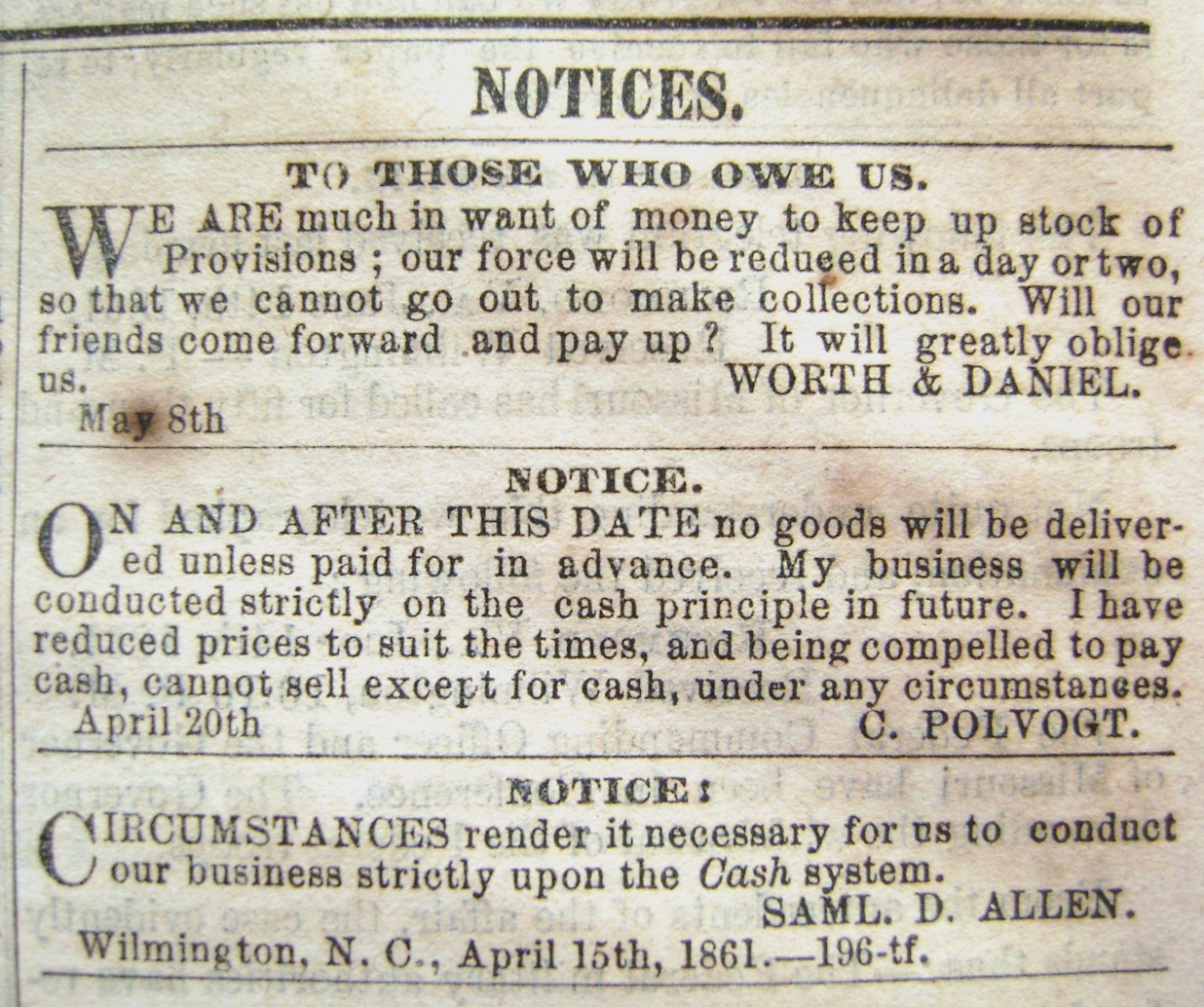 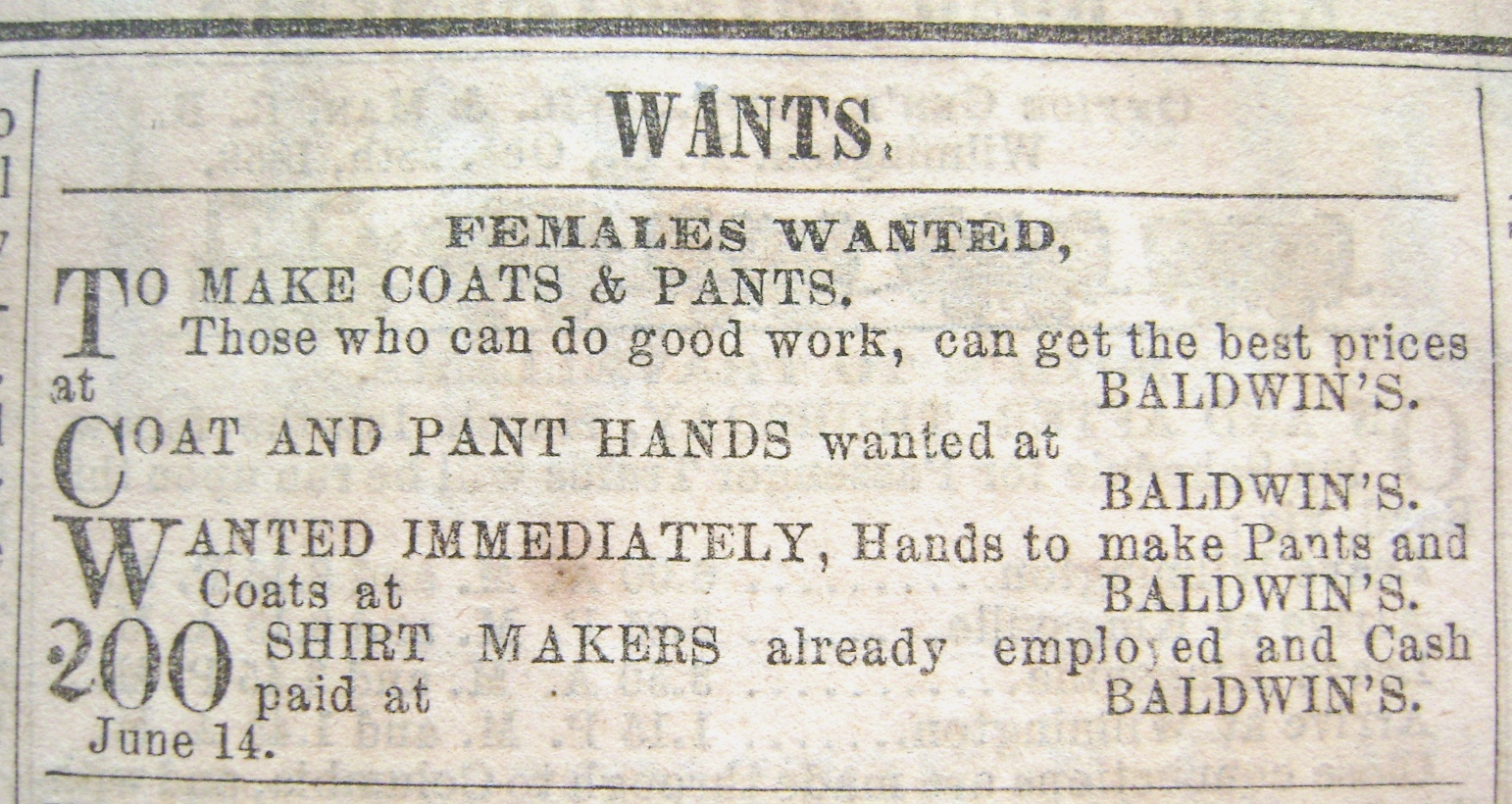 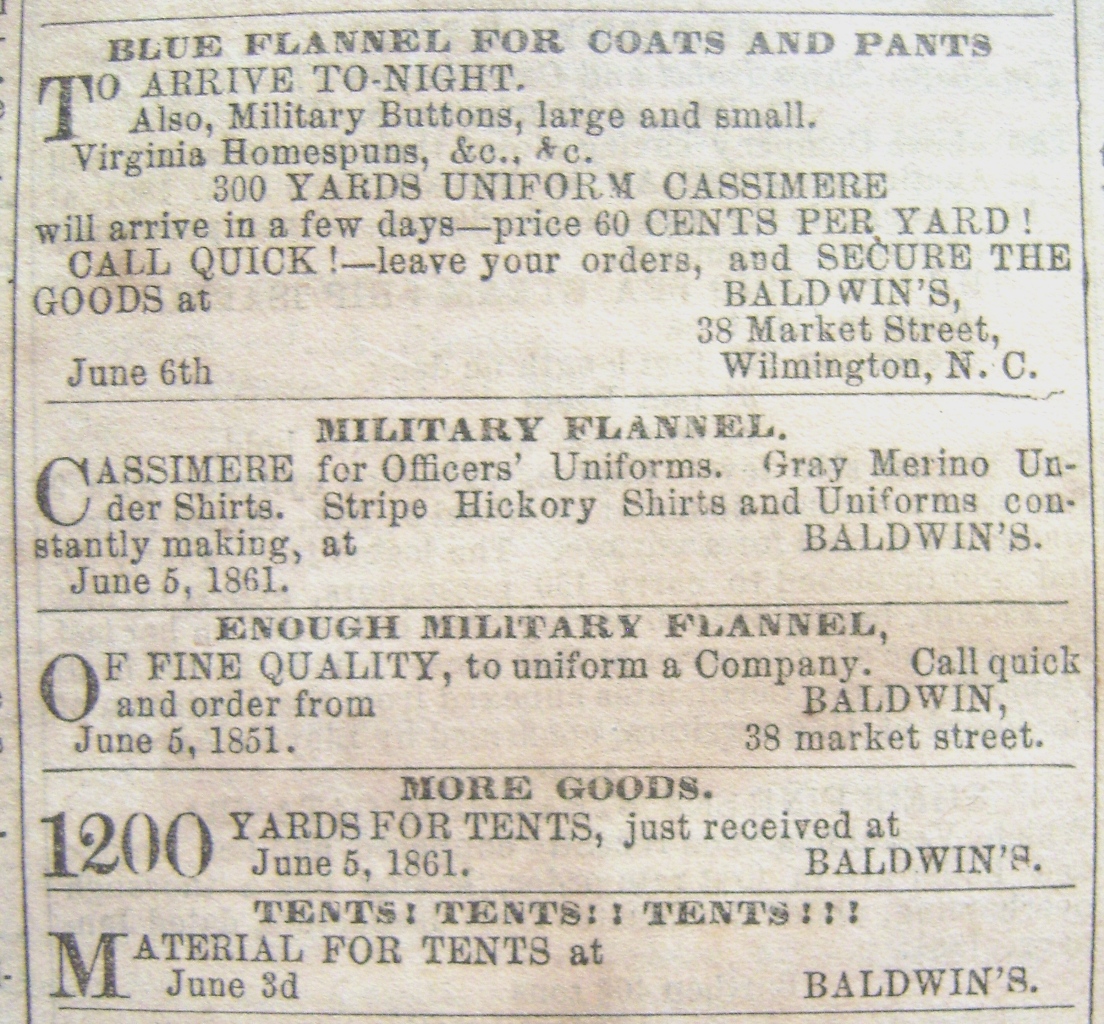