15 August 1861: “Gen Magruder…carried about 7 or 8 thousand soldiers the other day from this place…down to Hampton and burned the entire place…”

Item Description: This letter, dated 15 August 1861, is from Francis W. Bird in Yorktown, Virginia to his sister, discussing sickness in his camp as well as the burning of Hampton, Va. Bird enlisted in the Confederate Army on 1 May 1861 in Bertie County, N.C., as a Second Lieutenant. He was commissioned into the 1st Infantry Regiment (North Carolina). This regiment, also known as the “Bethel Regiment,” was organized in Raleigh in May 1861. They fought at the Battle of Big Bethel, then served in the Army of the Peninsula near Yorktown. On 12 November 1861, the unit disbanded and returned to North Carolina. Many of the men transferred to the 11th North Carolina Regiment. Francis Bird was commissioned into the the C Company of the 11th Infantry on 22 February 1862, and by April 1864 had been promoted to Lieutenant Colonel. He was wounded on 25 August 1864 at Reams Station, Va., and died of his wounds on 26 August. 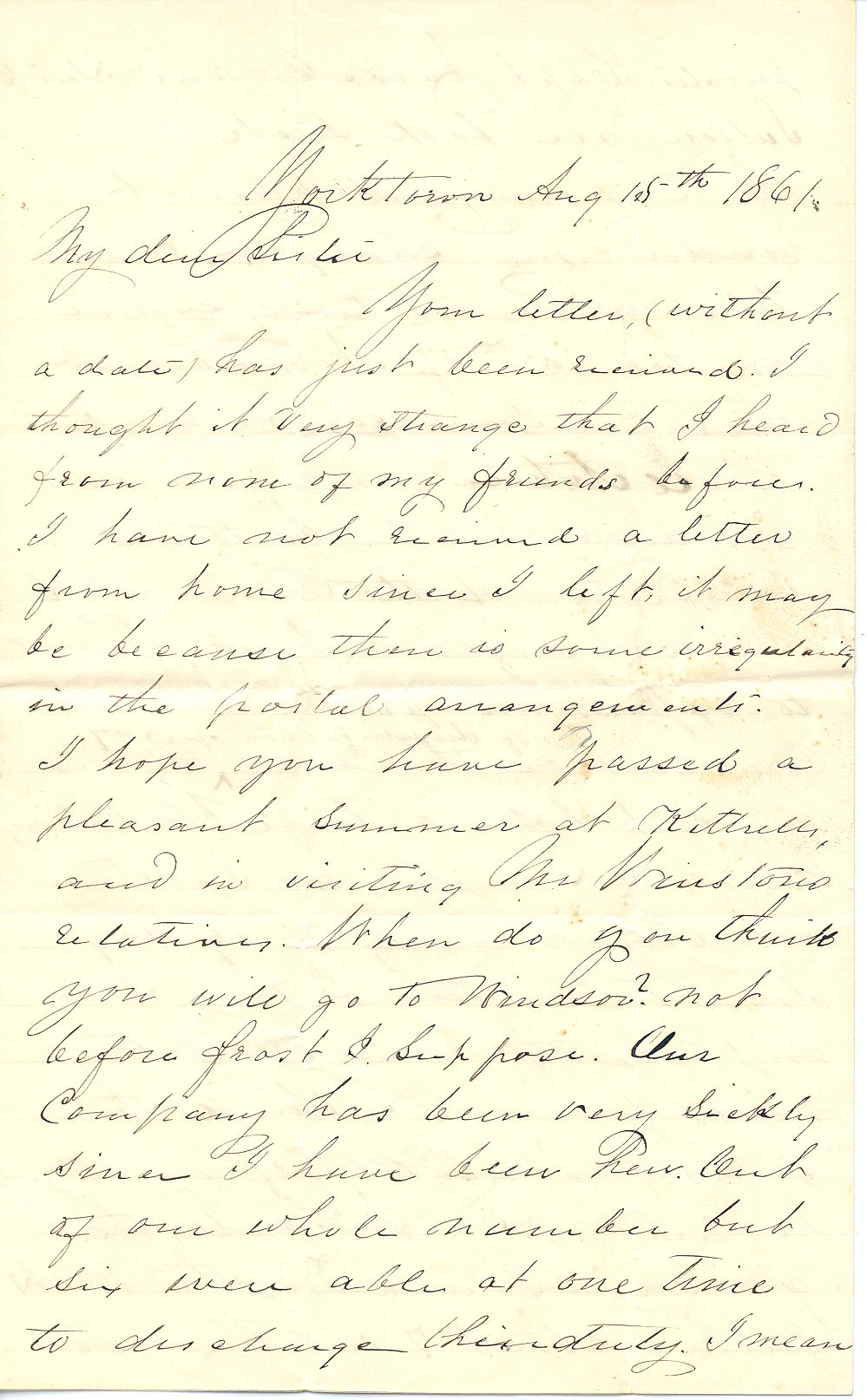 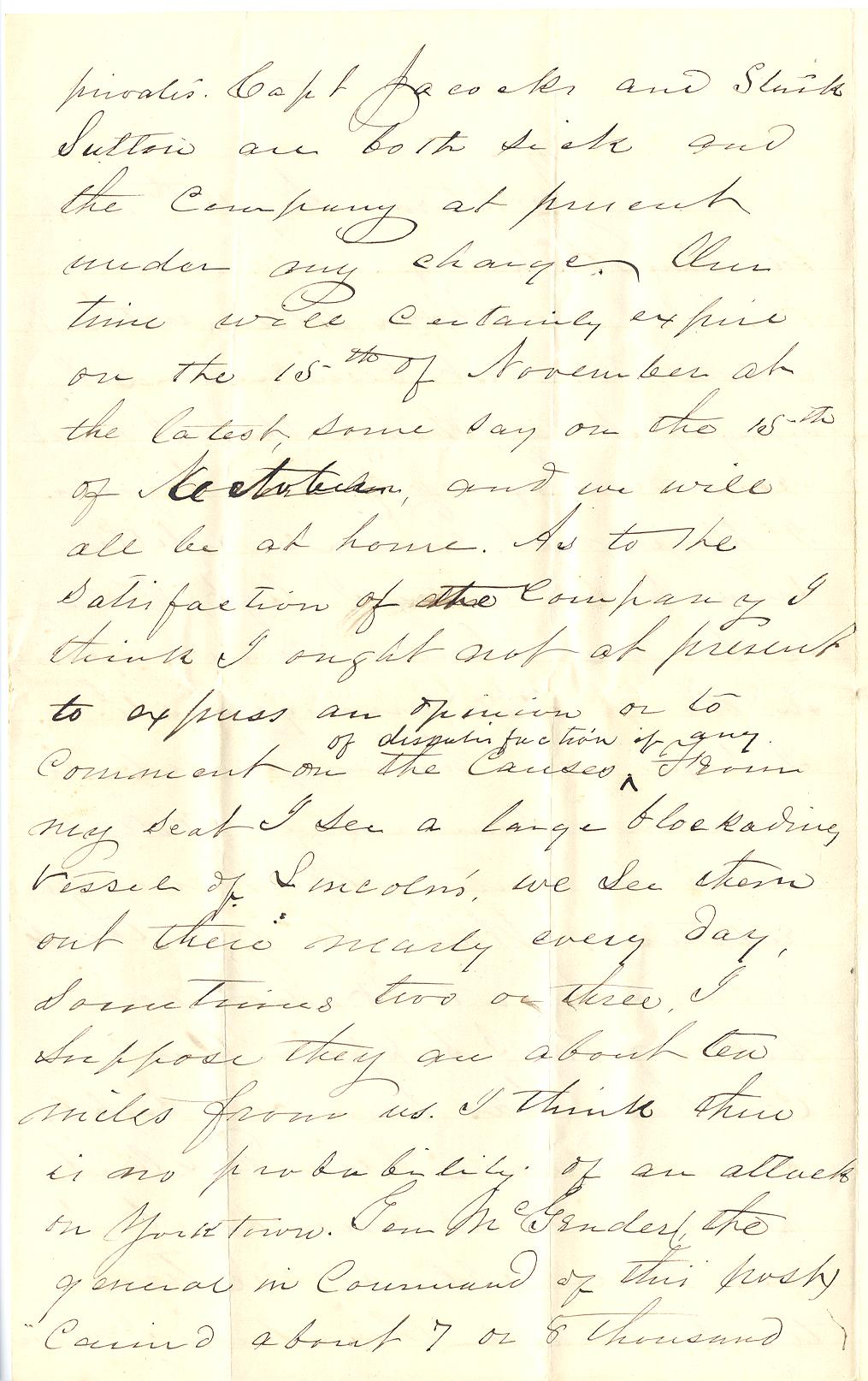 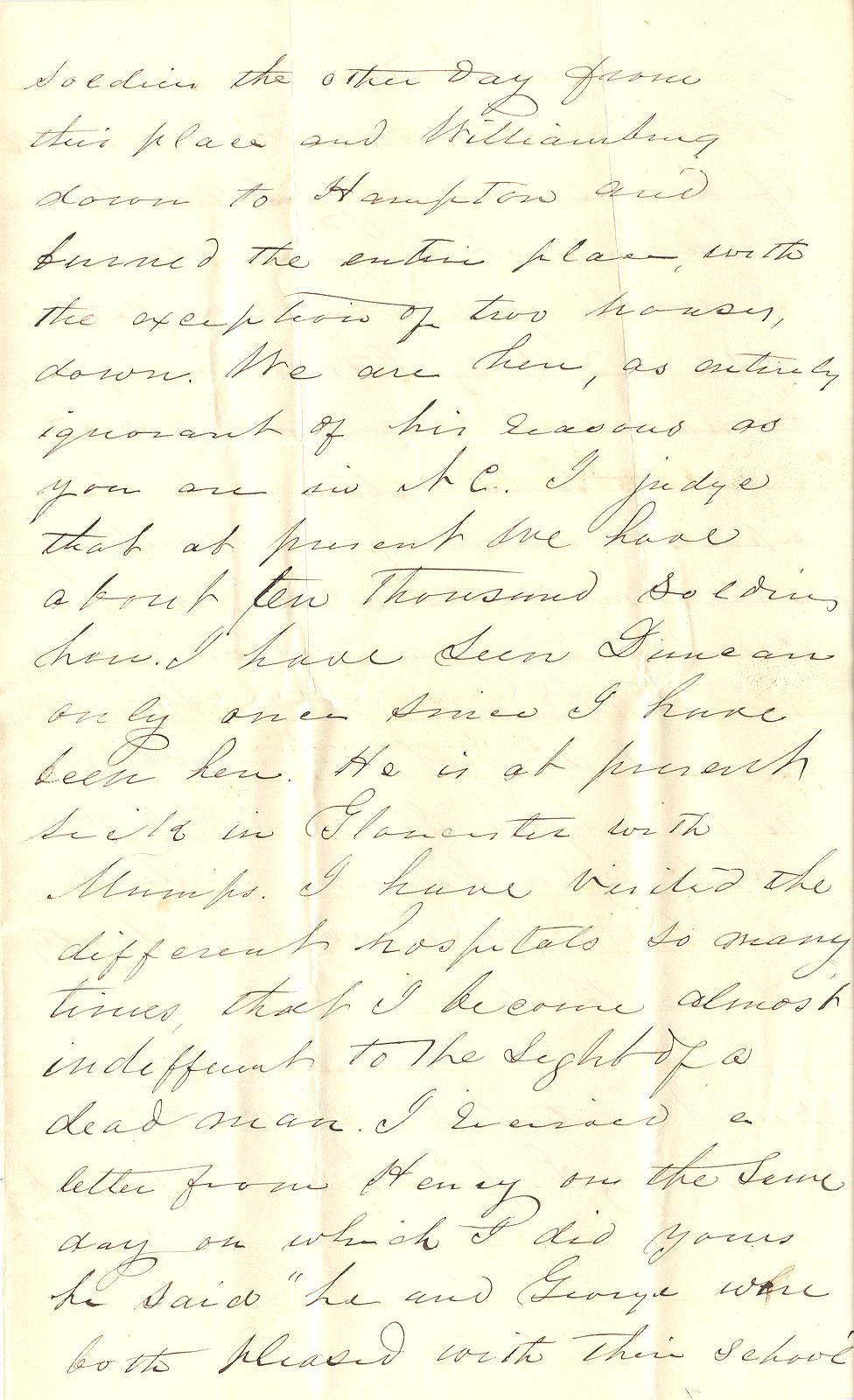 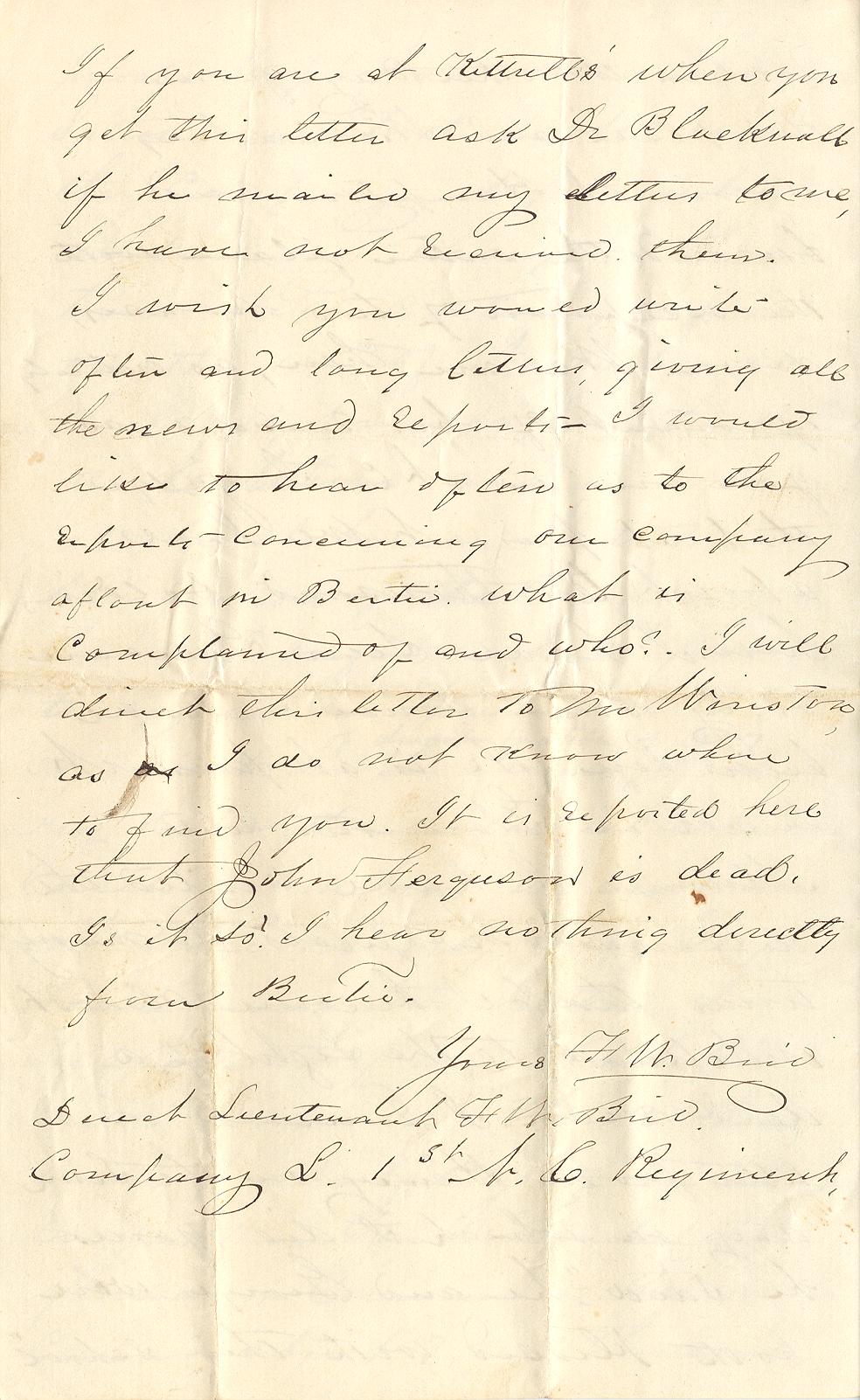 Your letter, (without a date) has just been received. I thought it was very strange that I heard from none of my friends before. I have not received a letter from home since I left, it may be because there is some irregularity in the postal arrangements.

I hope you have passed a pleasant summer at Kittrells, and in visiting Mr. Winston’s relatives. When do you think you will go to Windsor? not before frost I Suppose. Our Company has been very sickly since I have been here. Out of our whole number but six were able at one time to discharge their duty. I mean privates. Capt Jacosks and Slink [?] Sutton are both sick and the Company at present under any charge. Our time will certainly expire on the 15th of November at the latest, some say on the 15th of October, and we will able to be at home. As to the satisfaction of the Company I think I ought not at present to express any opinion or to comment on the causes of dissatifaction if any. From my seat I see a large blockading vessel of Lincoln’s, we See them out there nearly every day, Sometimes two or three, I suppose they are about ten miles from us. I think there is no probability of an attack on Yorktown. Gen McGruder (the general in Command of this push) carried about 7 or 8 thousand soldiers the other day from this place and Williamsburg down to Hampton and burned the entire place, with the exception of two houses, down. We are here, as entirely ignorant of his reasons as you are in N.C. I judge that at present we have about ten thousand soldiers here. I have seen Dinnean only once since I have been here. He is at present sick in Gloucester with Mumps. I have visited the different hospitals so many times, that I become almost indifferent to the Sight of a dead man. I received a letter from Henry on the same day on which I did yours he said “he and George were both pleased with their school”

If you are at Kittrell’s when you get this letter ask Dr. Blacknell if he mailed any letters to me, I have not received them. I wish you would write often and long letters, giving all the news and reports – I would like to hear often as to the reports concerning our company afloat in Bertie. What is complained of and who? I will direct this letter to Mr. Winston, as I do not know where to find you. It is reported here that John Ferguson is dead. Is that so? I hear nothing directly from Bertie.