25 August 1861: “I love you with that adoration which a man gives to a lady whom he feels to be greater and better than himself, and my love, as I have frequently told you, is hardly distinguishable from religious feeling.”

In this love letter, dated  25 August 1861, Dawson hints at the fact that Todd has accepted his proposal of marriage, at one point saying, “In the note of the 21, the first in which you write to me, as your accepted suitor,” and later, in the closing, “With much love, and a kiss for the ring on your finger, I remain yours.” 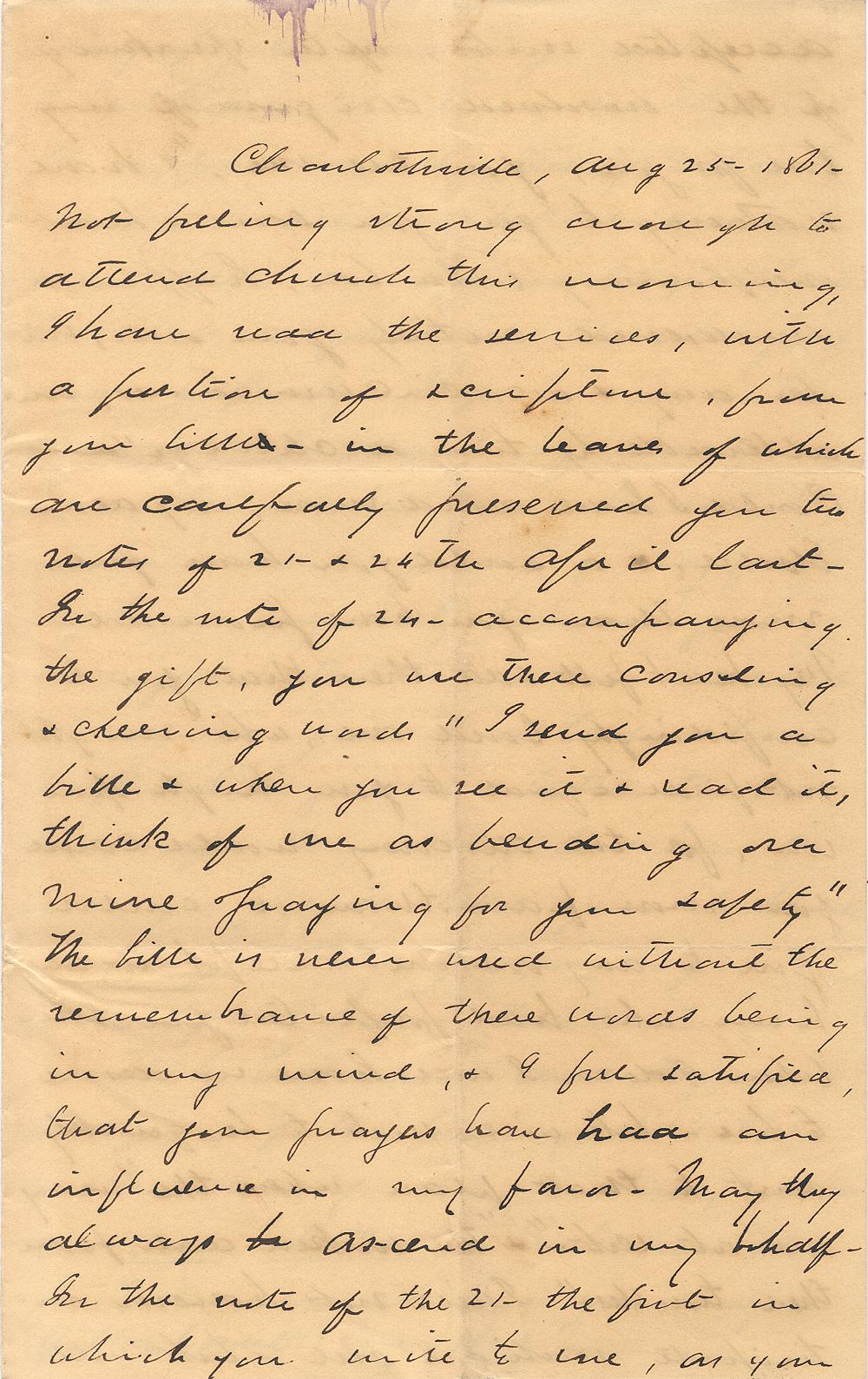 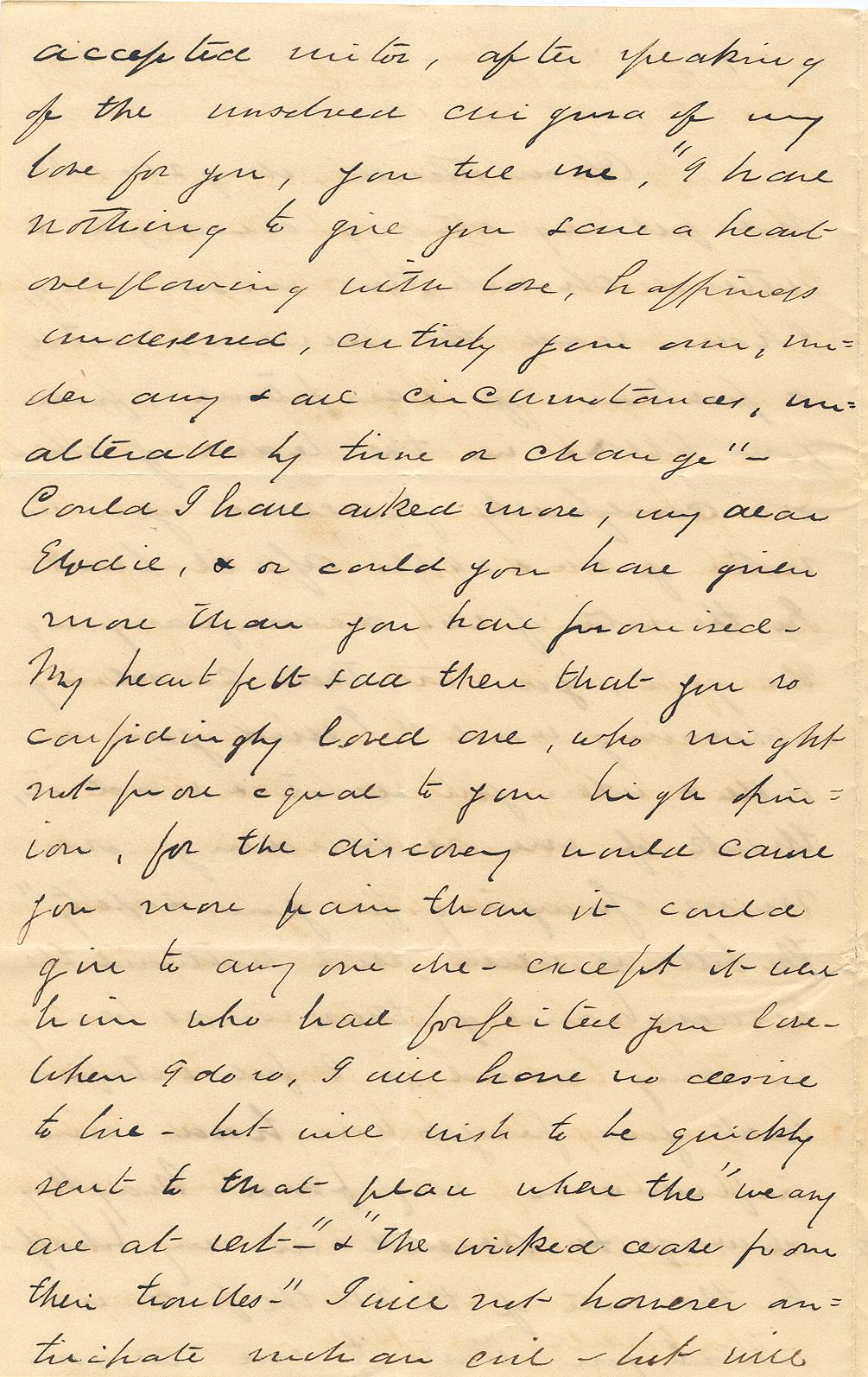 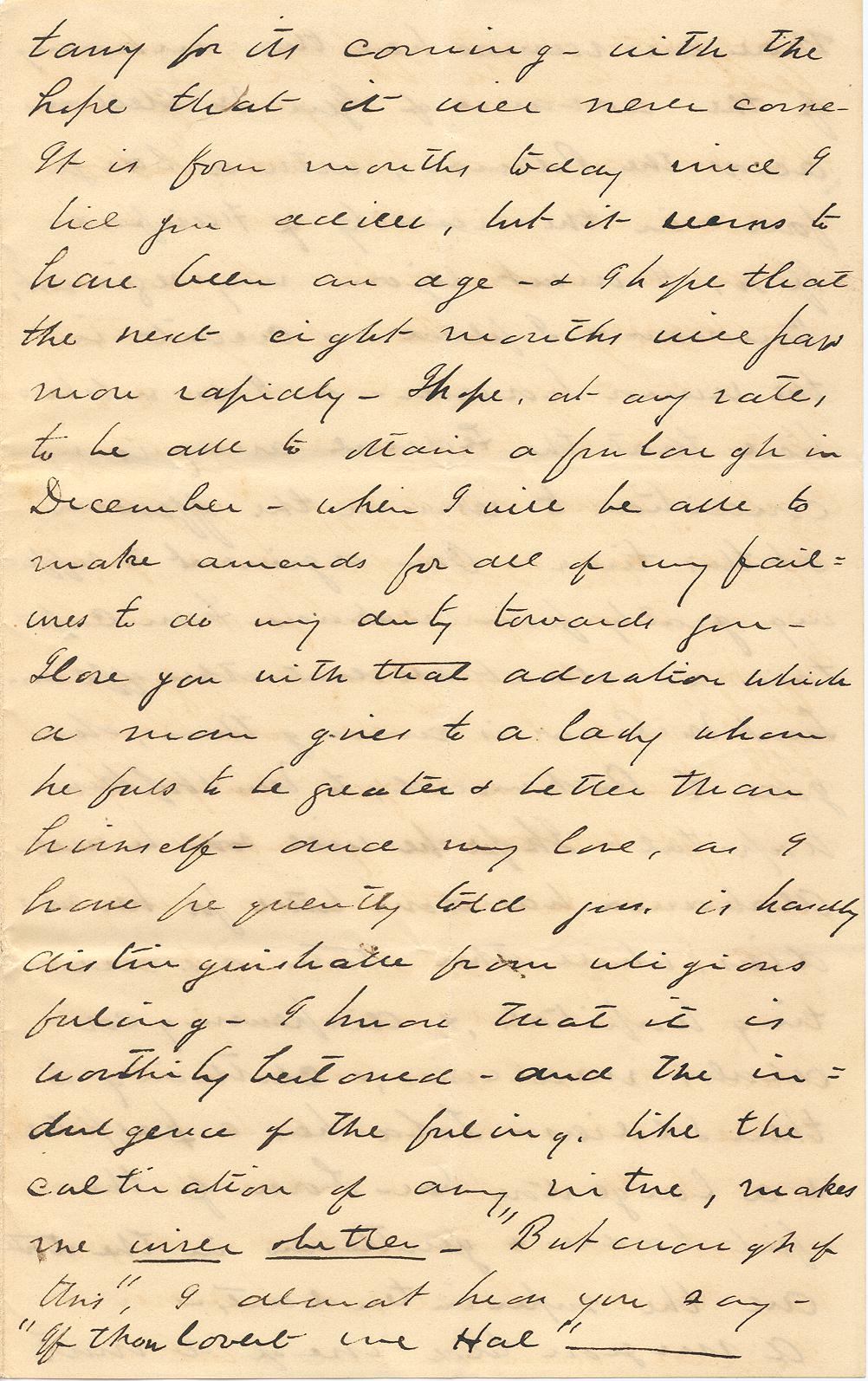 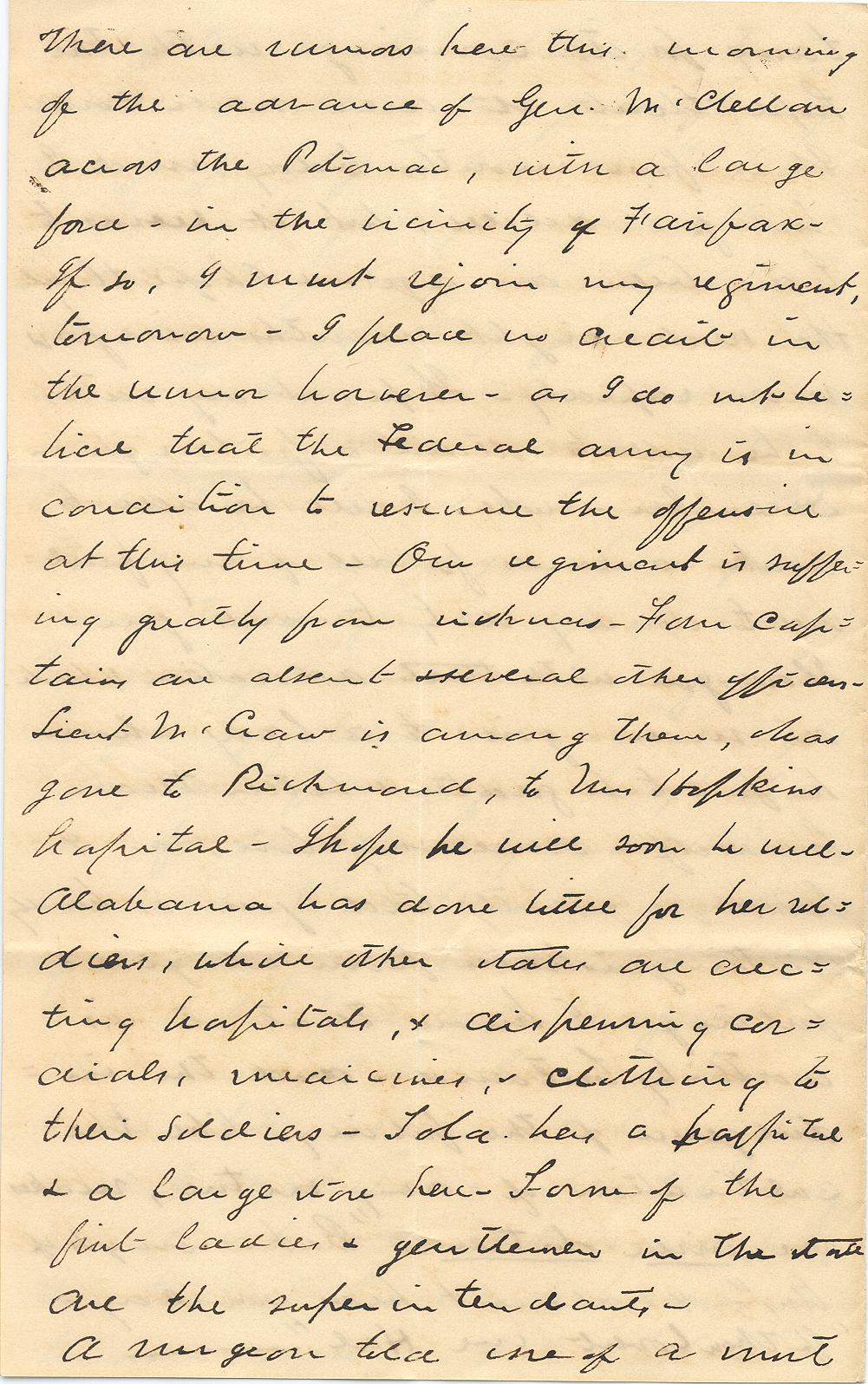 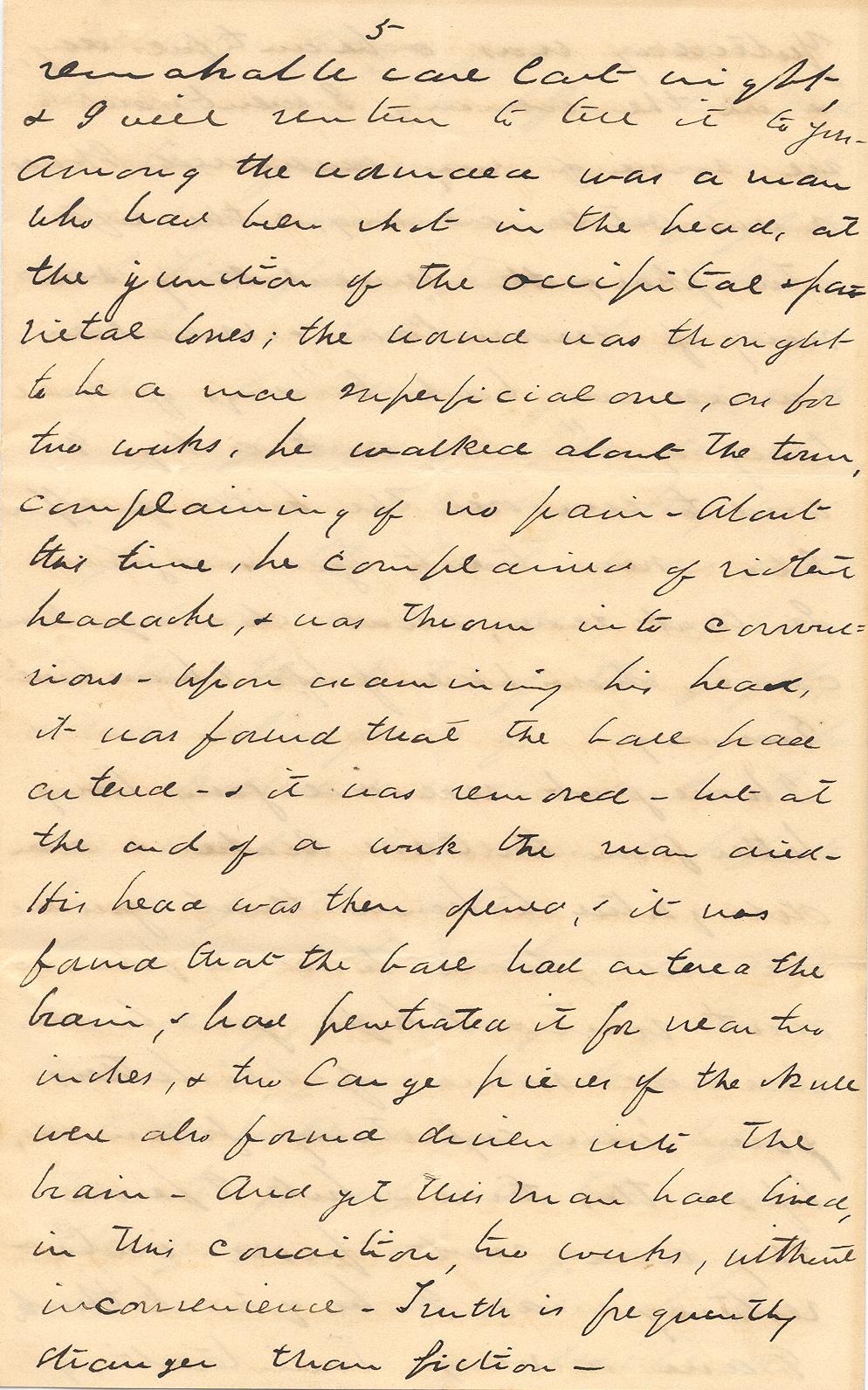 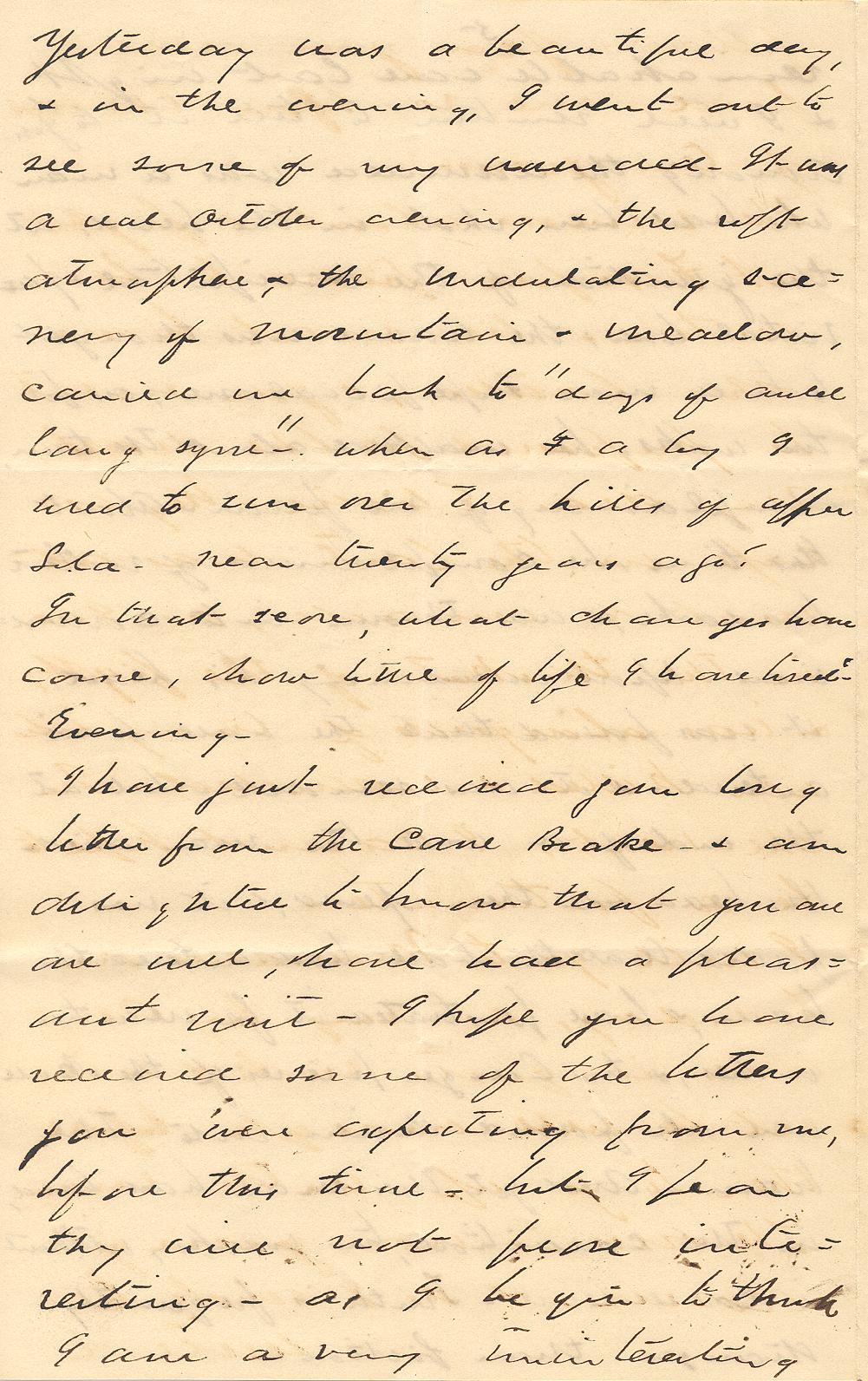 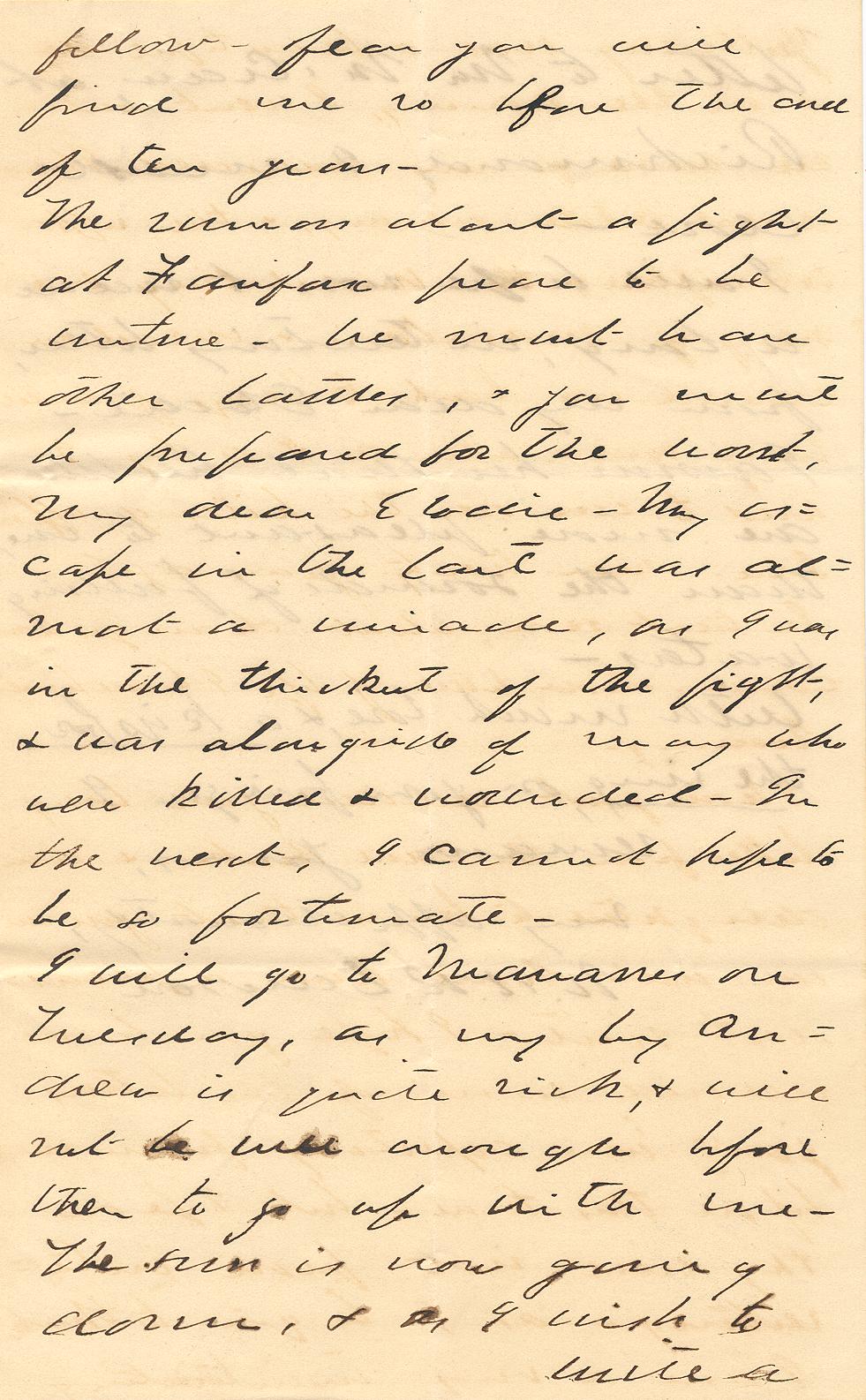 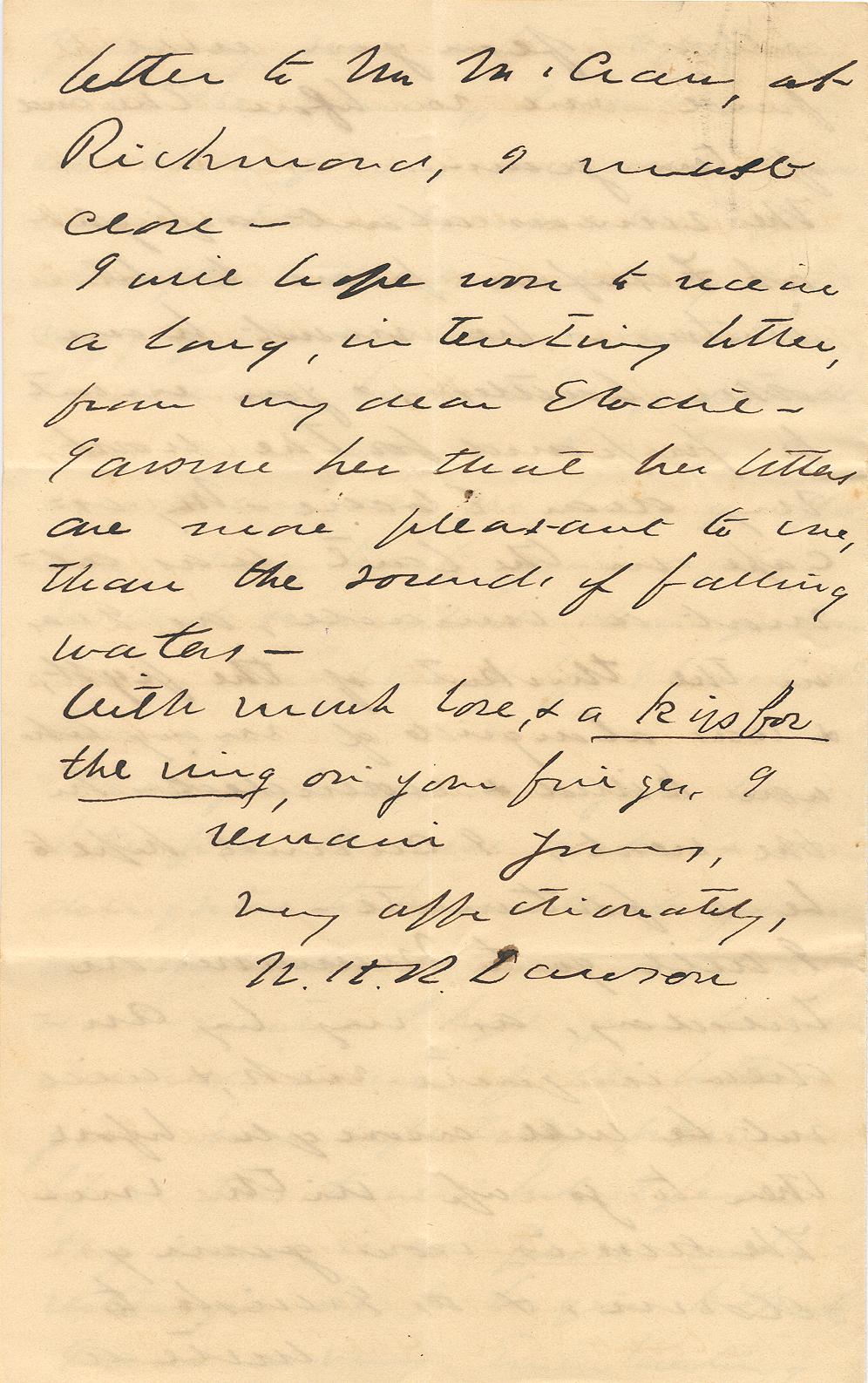 Not feeling strong enough to attend church this morning, I have read the services, with a portion of scripture, from your bible, in the leaves of which are carefully preserved your two notes of 21 and 24th April last. In the note of 24, accompanying the gift, you use these consoling words “I send you a bible and when you see it and read it, think of me as bending over mine and praying for your safety” The bible is never used without the remembrance of these words being in my mind, and I feel satisfied, that your prayers have had an influence in my favor. May they always ascend in my behalf. In the note of the 21, the first in which you write to me, as your accepted suitor, after speaking of the unsolved enigma of my love for you, you tell me, “I have nothing to give you save a heart overflowing with love, happiness undeserved, entirely your own, under any and all circumstances, unalterable by time or change.”

Could I have asked more, my dear Elodie, or could you have given more than you have promised. My heart felt sad then that you so confidingly loved one, who might not prove equal to your high opinion, for the discovery would cause you more pain than it could give to anyone else, except it were him who had forfeited your love. When I do so, I will have no desire to live, but will wish to be quickly sent to that place where the “weary are at rest.” and “The wicked cease from their troubles.” I will not however anticipate such an evil, but will tarry for its coming with the hope that it will never come. It is four months today since I bid you adieu, but it seems to have been an age, and I hope that the next eight months will pass more rapidly. I hope, at any rate, to be able to obtain a furlough in December, when I will be able to make amends for all of my failures to do my duty towards you. I love you with that adoration which a man gives to a lady whom he feels to be greater and better than himself, and my love, as I have frequently told you, is hardly distinguishable from religious feeling. I know that it is worthily bestowed, and the indulgence of the feeling, like the cultivation of any virtue, makes me wiser and better. “But enough of this,” I almost hear you say. “If thou lovest me Hal”—–

There are rumors here this morning of the advance of Gen. McClellan across the Potomac, with a large force, in the vicinity of Fairfax. If so, I must rejoin my regiment, tomorrow. I place no credit in the rumor however, as I do not believe that the Federal army is in condition to resume the offensive at this time. Our regiment is suffering greatly from sickness. Four captains are absent and several other officers. Lieut McCraw is among them, and has gone to Richmond, to Mrs Hopkins hospital. I hope he will soon be well. Alabama has done little for her soldiers, while other states are erecting hospitals, and dispensing cordials, medicines, and clothing to their soldiers. So. Ca. has a hospital and a large store here. Some of the first ladies and gentlemen in the state are the superintendents.

A surgeon told me of a most remarkable case last night, and I will venture to tell it to you. Among the wounded was a man who had been shot in the head, at the junction of the occipital and parietal bones; the wound was thought to be a mere superficial one, as for two weeks, he walked about the town, complaining of no pain. About that time he complained of violent headaches, and was thrown into convulsions. Upon examining his head, it was found that the ball had entered, and it was removed, but at the end of a week the man died. His head was then opened, and it was found that the ball had entered the brain, and had penetrated it for near two inches, and two large pieces of the skull were also found driven into the brain. and yet this man had lived, in this condition, two weeks, without inconvenience. Truth is frequently stranger than fiction.

Yesterday was a beautiful day, and in the evening, I went out to see some of my wounded. It was a real October evening, and the soft atmosphere, and the undulating scenery of mountain and meadow, carried me back to “days of auld lang syne.” when as a boy I sued to run over the hills of upper So. Ca., near twenty years ago. In that score, what changes have come, and how little of life I have lived.

I have just received your long letter from the Cane Brake, and am delighted to know that you are well, and have had a pleasant visit. I hope you have received some of the letters you were expecting from me, before this time, but I fear they will not prove interesting, as I begin to think I am a very uninteresting fellow and fear you will find me so before the end of ten years.

The rumors about a fight at Fairfax prove to be untrue. We must have other battles, and you must be prepared for the worst, my dear Elodie. My escape in the last was almost a miracle, as I was in the thickest of the fight, and was alongside of many who were killed and wounded. In the next, I cannot hope to be so fortunate.

I will go to Manassas on Tuesday, as my boy Andrew is quite sick, and will not be well enough before then to go up with me. The sun is now going down, and as I wish to write a letter to Mr. McGraw at Richmond, I must close.

I will hope now to receive a long, interesting letter, from my dear Elodie. I assure her that her letters are more pleasant to me, than the sounds of falling water.

With much love, and a kiss for the ring on your finger, I remain yours,