1 September 1861: “Lewis said with regard to the Camp life that men did there what they would be ashamed to do at home.”

Posted on 1 Sep ’11 by Biff Hollingsworth 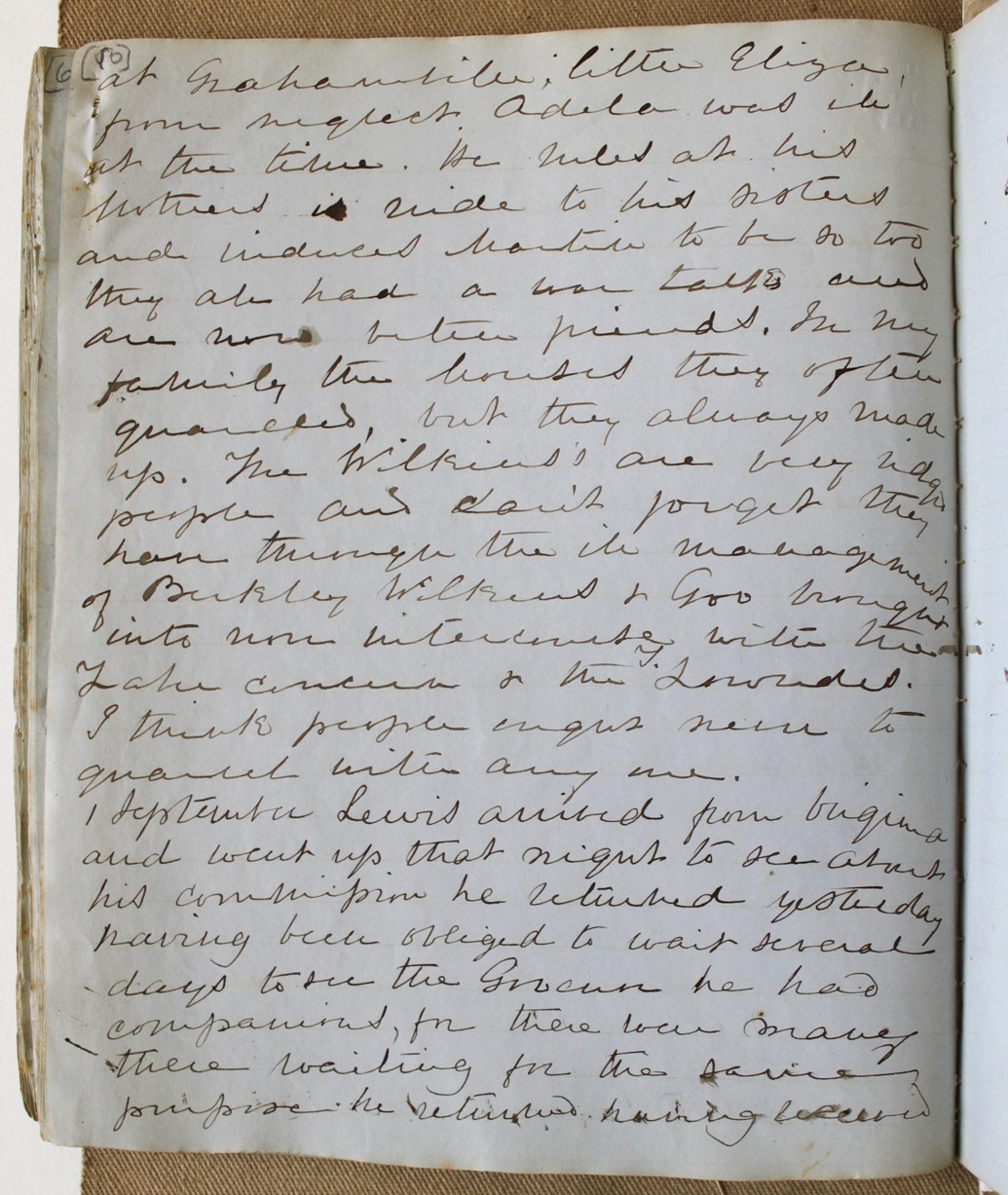 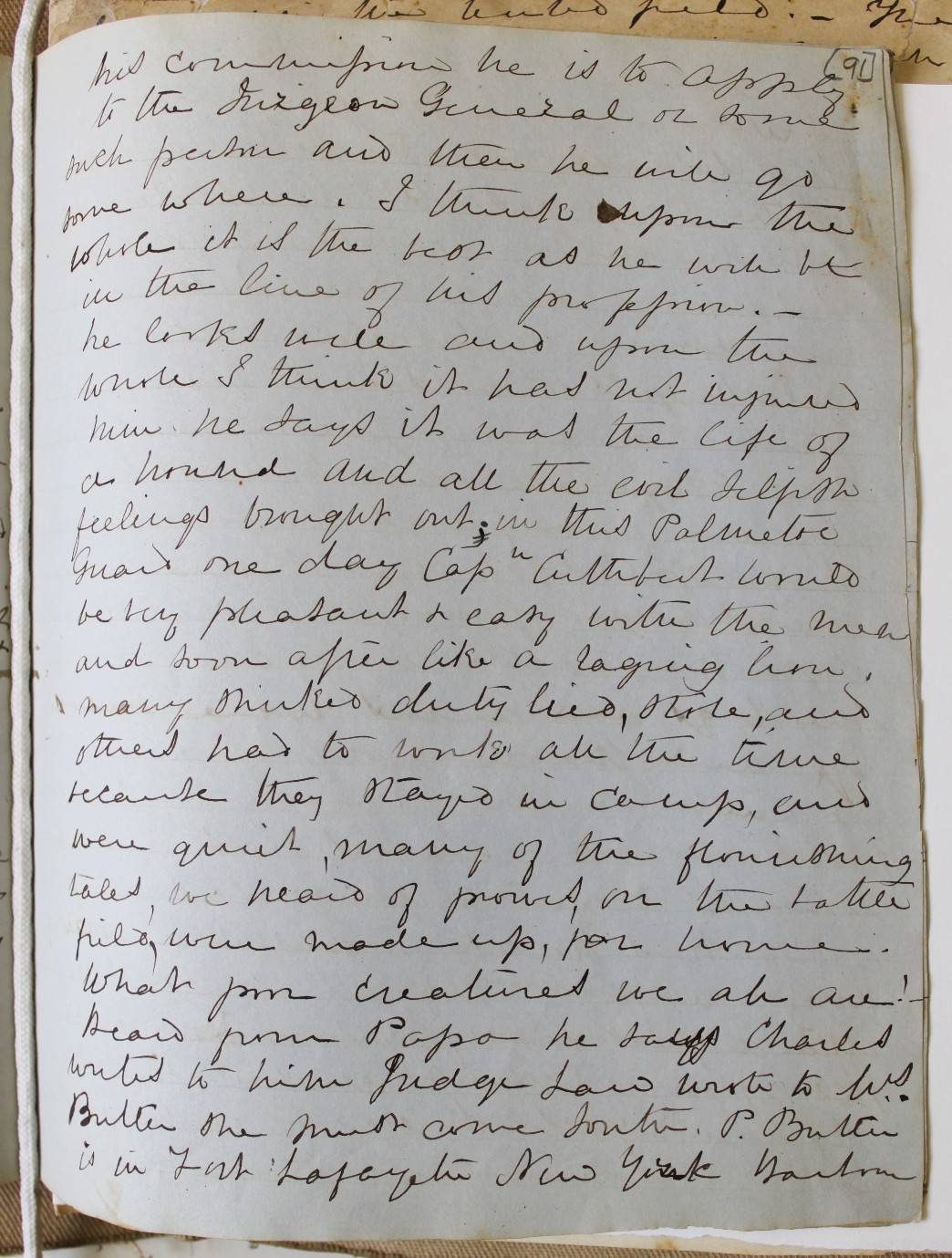 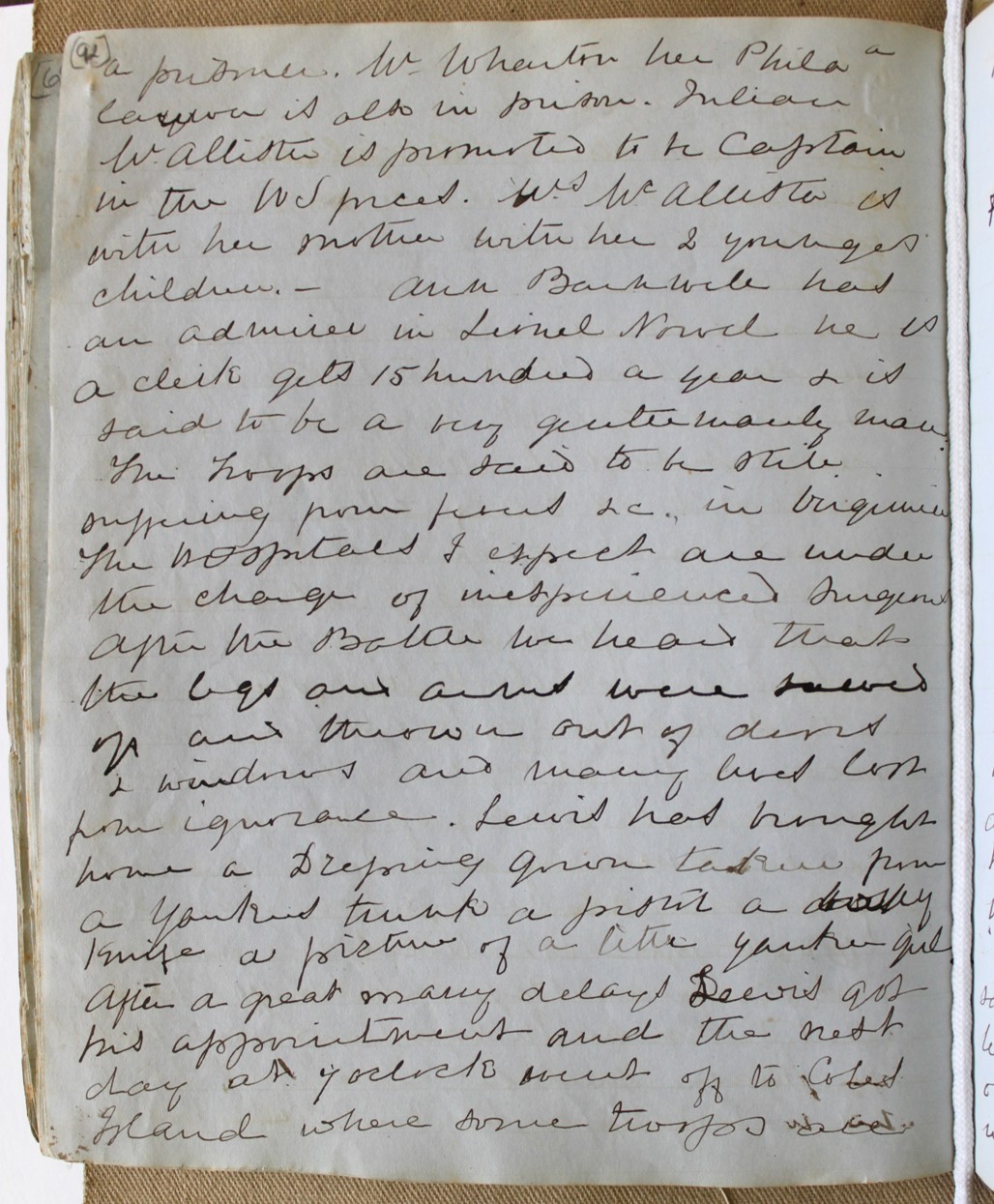 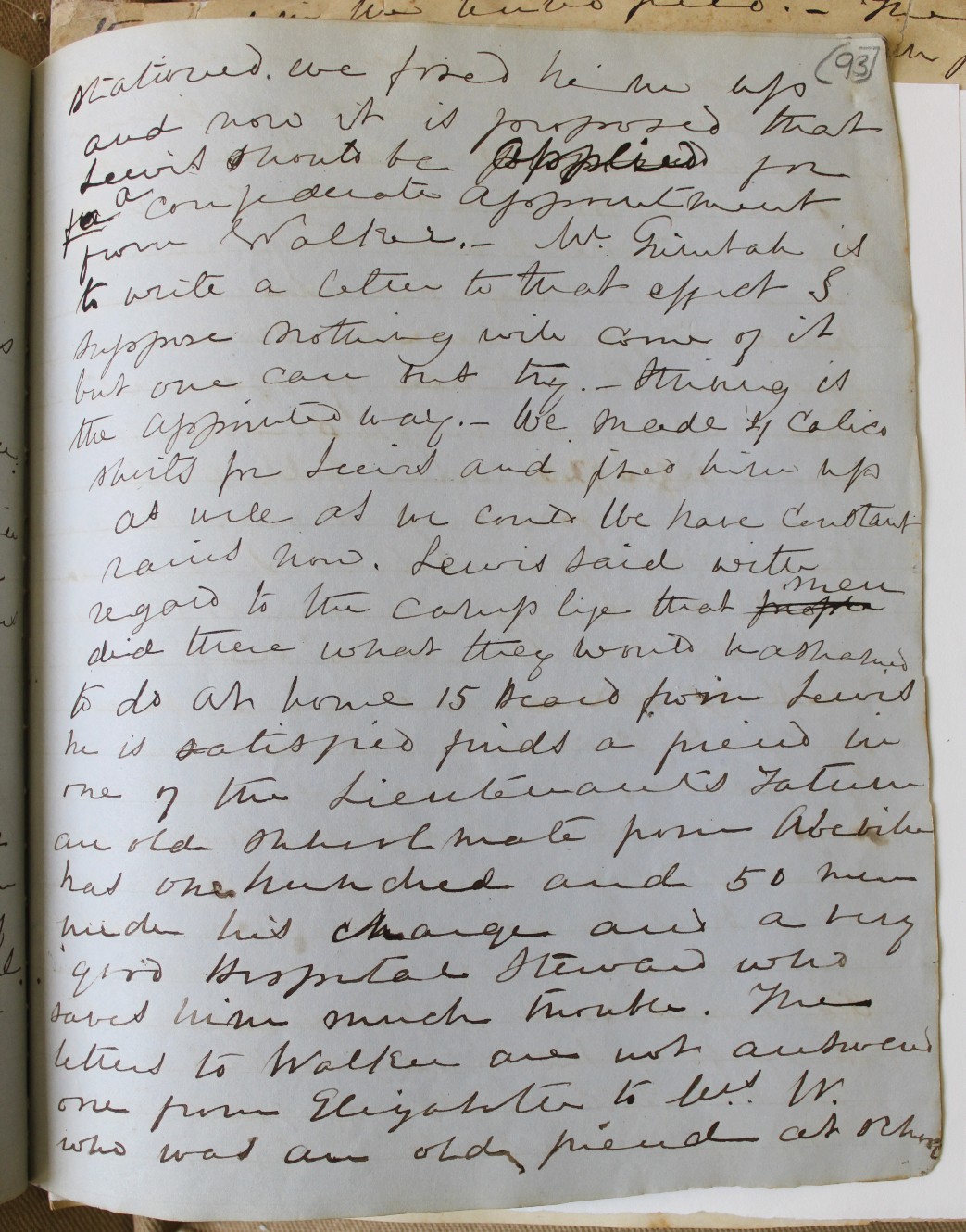 Lewis arrived from Virginia and went up that night to see about his Commission. He returned yesterday, having been obliged to wait several days to see the Governor. He had companions, for there were many there waiting for the same purpose. He returned having received his Commission he is to apply to the Surgeon General or some such person and then he will go some where. I think upon the whole it is the best, as he will be in the line of his profession. –

He looks well and upon the whole I think it has not injured him. He says it was the life of a hound and all the evil selfish feelings brought out. In this Palmetoe Guard one day Capn Cuthbert would be very pleasant & easy with the men and soon after, like a raging lion. Many shirked duty[,] lied, stole, and others had to work all the time because they stayed in Camp and were quiet, many of the flourishing tales we heard of prowes on the battle field were made up for home. What poor creatures we all are!

Heard from Papa he says Charles writes to him. Judge Law wrote to Mrs Butler she must come South. P. Butler is in Fort Lafayete New York Harbour, a prisoner. Mr Wharton her Phila lawyer is also in prison. Julian McAllister is promoted to be Captain in the U.S. forces. Mrs McAllister is with her Mother with her 2 younger children. – Ann Barnwell has an admirer in Lionel Nowel he is a clerk, gets 15 hundred a year & is said to be a very gentlemanly man.

The Troops are said to be still suffering from fevers, &c., in Virginia. The Hospitals I expect are under the charge of inexperienced Surgeons. After the Battle we heard that the legs and arms were sawed off and thrown out of doors & windows and many lives lost from ignorance. Lewis has brought home a Dressing Gown taken from a Yankee’s trunk a pistol a bowy knife a picture of a little Yankee girl.

After a great many delays Lewis got his appointment and the next day at 7 o’clock went off to Cole’s Island where some troops are stationed. We fixed him up and now it is proposed that Lewis should to applied for a Confederate appointment from Walker. – Mr Grimball is to write a letter to that effect I suppose nothing will come of it but one can but try. – Striving is the appointed way. – We made 4 calico shirts for Lewis and fixed him up as well as we could. We have constant rains now. Lewis said with regard to the Camp life that men did there what they would be ashamed to do at home.

The collection is the manuscript diary, 1860-1866, of Margaret Ann Meta Morris Grimball, with the greater part of the entries concentrated in 1861 and 1862. Mrs. Grimball wrote from the Grove Plantation (Colleton District, S.C.), primary Grimball residence until after the Civil War; from Charleston, S.C., where the family spent the summer months; and from Spartanburg, S.C., where they took refuge in May 1862 from anticipated Union attacks on the South Carolina coast. Topics include plantation life; slave management; the progress of the Civil War and its effects on the lives of those close to Mrs. Grimball, including the activities of her sons in the Confederate army and Confederate navy, and civilian relief efforts; sickness among the civilian and military population; the family’s removal to the relative safety of Spartanburg, where they rented quarters at Saint John’s College; her husband’s conversion from Presbyterianism to Episcopalianism; her daughters’ teaching careers; and other family and community matters.