19 November 1861: “the result of these elections shows an improved condition among our people for we are to remember that half of the voting population of our country is absent in their country’s defence…”

Posted on 19 Nov ’11 by Biff Hollingsworth

This story is recounted in the book, War of Another Kind: A Southern Community in the Great Rebellion, by Wayne K. Durrill. According to Durrill, several Unionists were elected in October 1861 to command the local militia in Washington County. These results were later vacated by actions taken by the county’s planters and North Carolina’s political leadership in Raleigh, thwarting their commission as officers. A second election was arranged for late November 1861 and, through apparent ballot manipulation and intimidation, Unionist candidates withdrew from the race and secessionist candidates were subsequently elected. 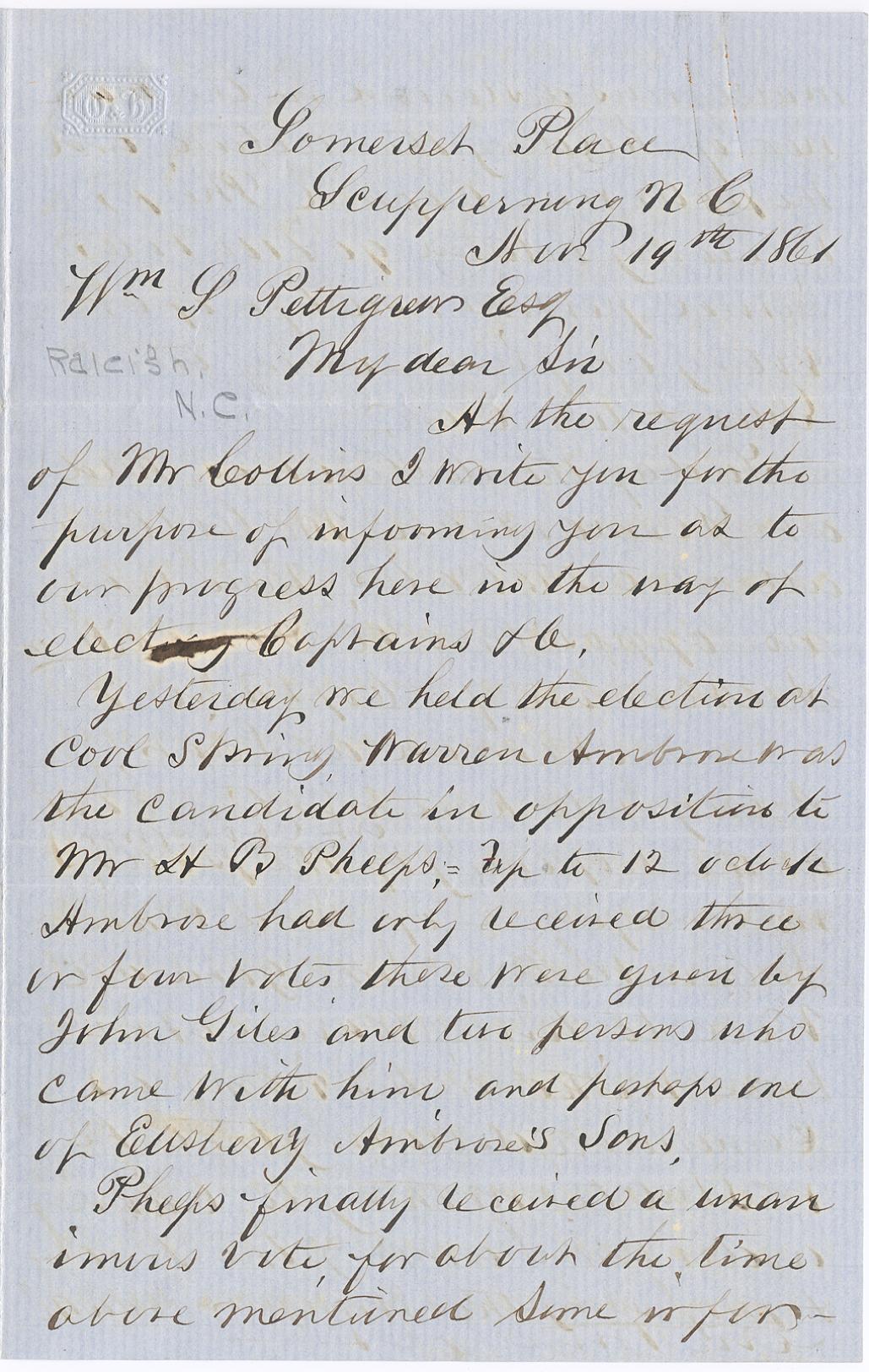 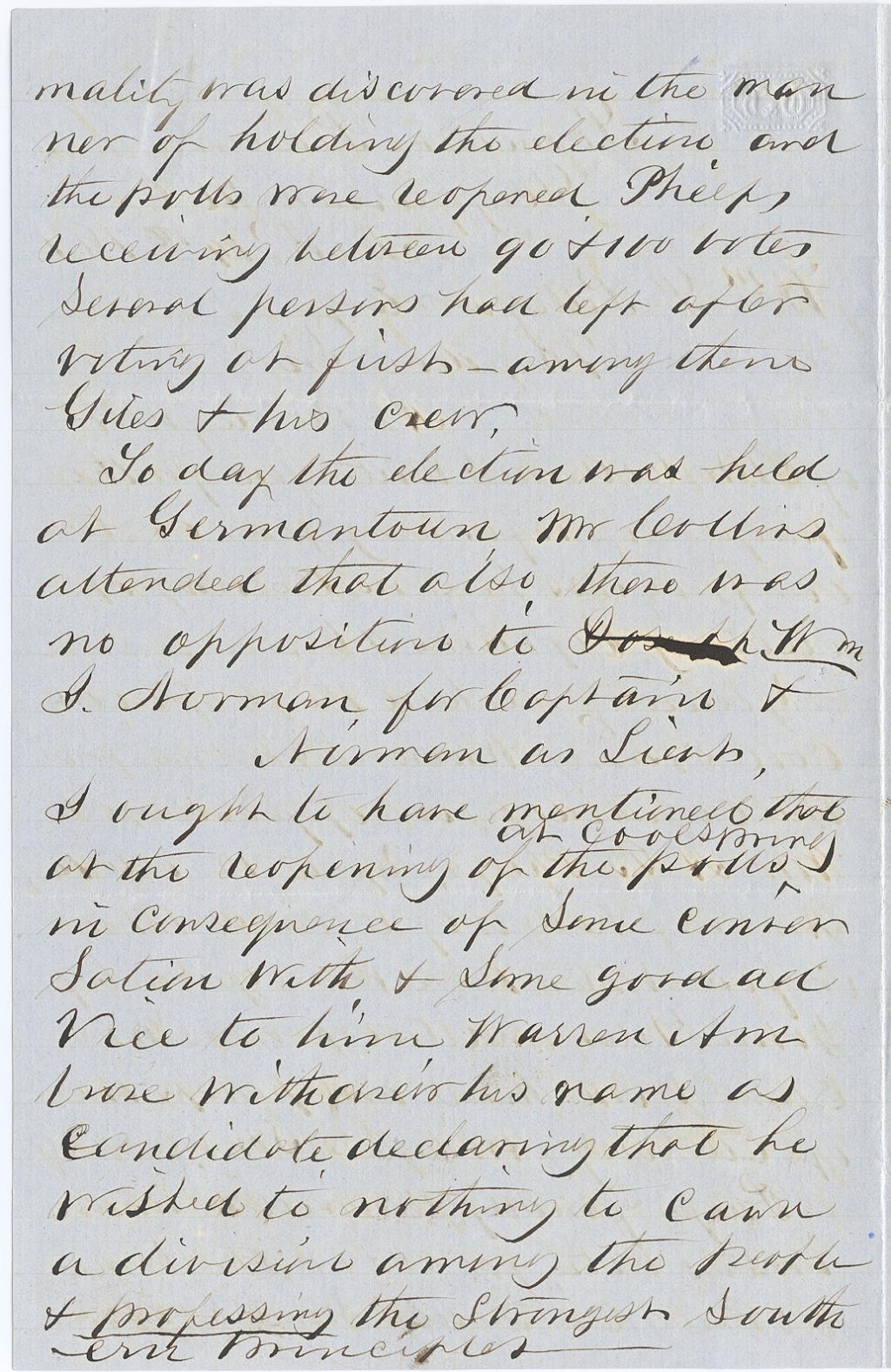 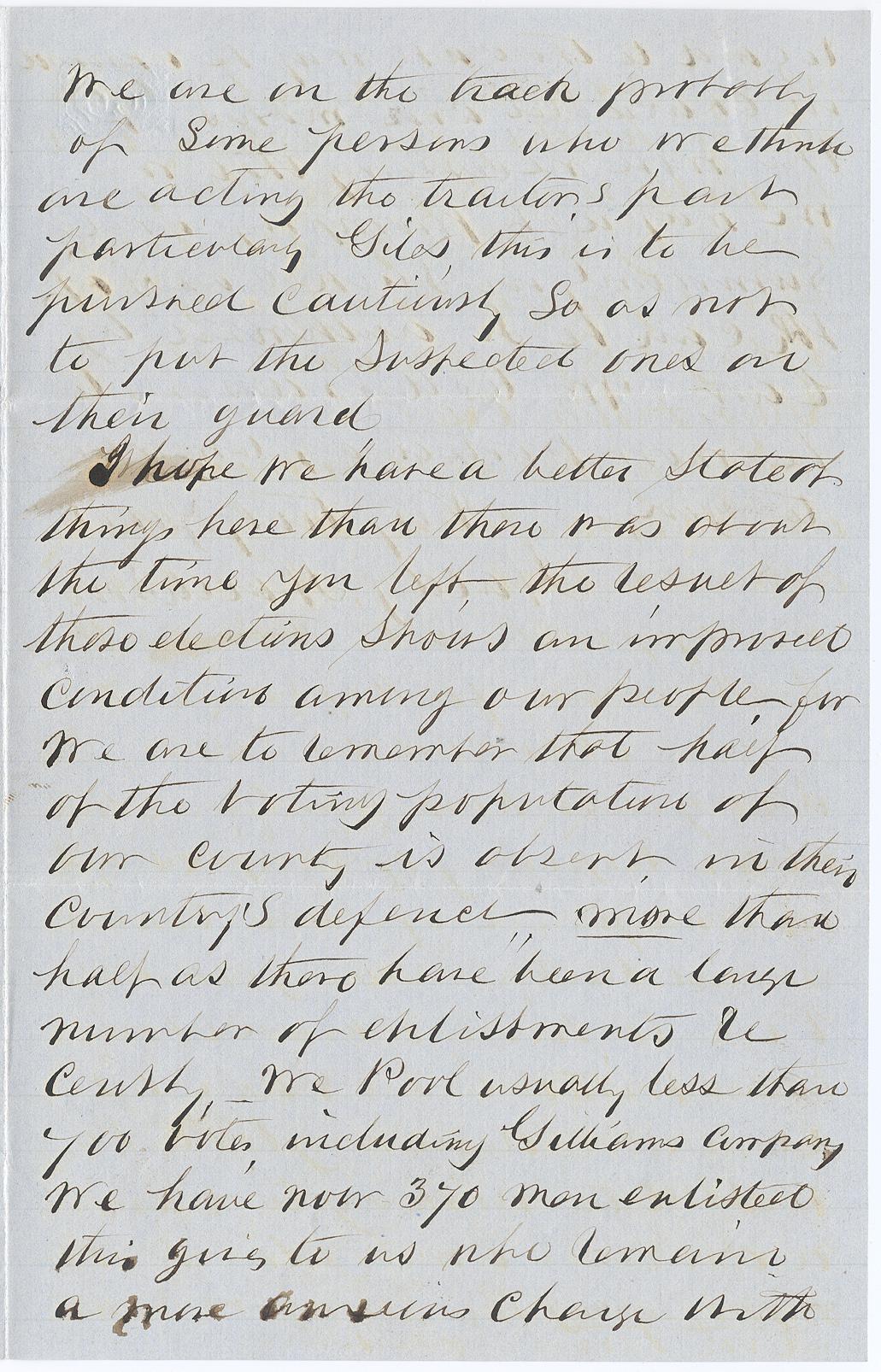 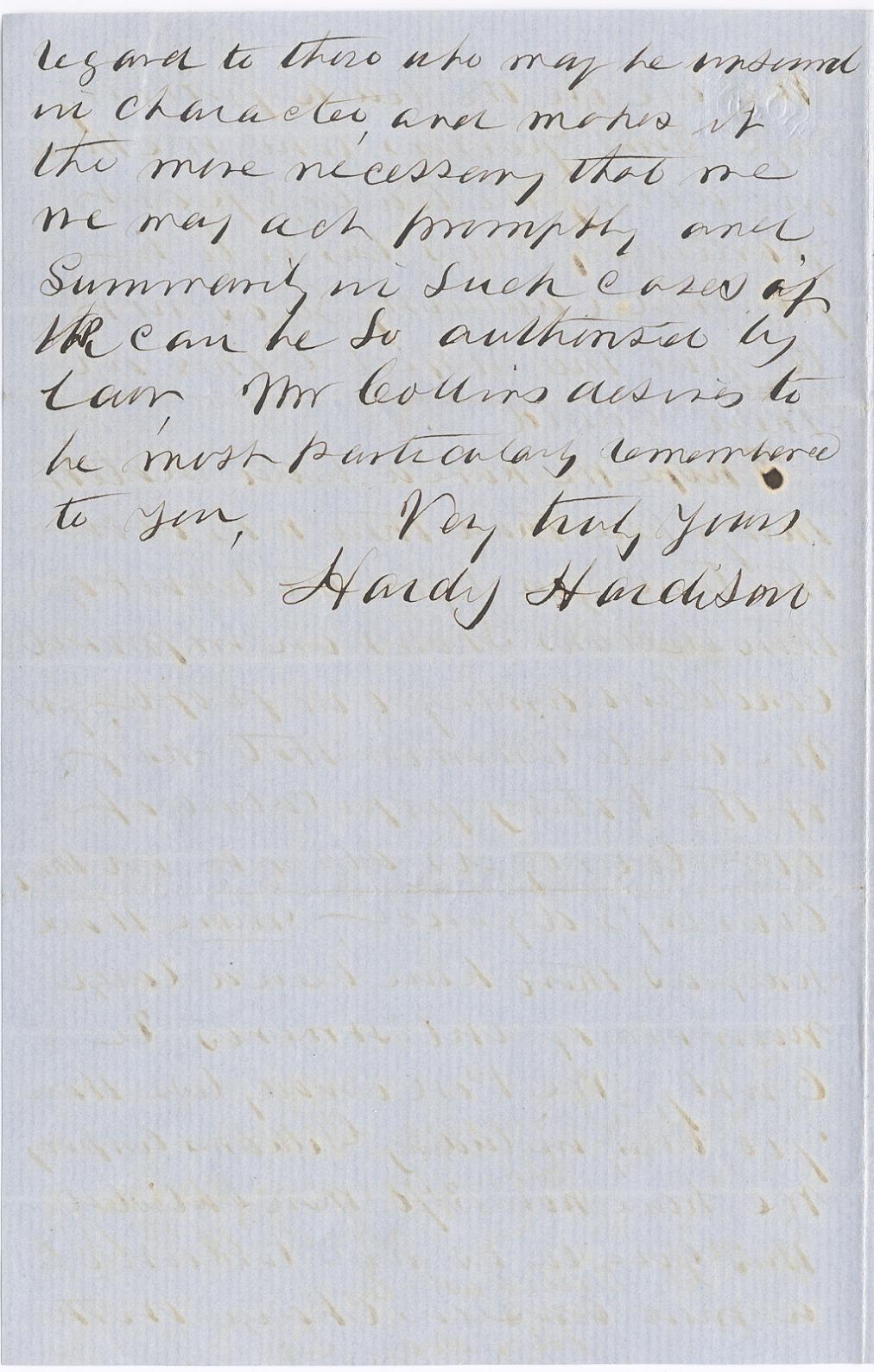 At the request of Mr. Collins I write you for the purpose of informing you as to our progress here in the way of electing Captains &c.

Yesterday we held the election at Cool Spring, Warren Ambrose was the candidate in opposition to Mr. H.B. Phelps. Up to 12 oclock Ambrose had only received three or four votes, these were given by John Giles and two persons who came with him and perhaps one of Ellsberry Ambrose’s sons.

Phelps finally received a unanimous vote, for about the time above mentioned some informality was discovered in the manner of holding the election and the polls were reopened, Phelps receiving between 90 to 100 votes. Several persons had left after voting at first – among them Giles & his crew.

To day the election was held at Germantown, Mr. Collins attended that also, there was no opposition to Wm. [J.?] Norman, for Captain & Norman as Lieut.

I ought to have mentioned that at the reopening of the polls at Cool Spring in consequence of some conversation with & some good advice to him, Warren Ambrose withdrew his name as candidate, declaring that he wished to nothing to cause a division among the people & professing the strongest southern principles.

We are on the track probably of some persons who we think are acting the traitor’s part particularly Giles, this is to be pursued cautiously so as not to put the suspected ones on their guard.

I hope we have a better state of things here than there was about the time you left, the result of these elections shows an improved condition among our people for we are to remember that half of the voting population of our country is absent in their country’s defence – more than half as there have been a larger number of enlistments recently. We [pool?] usually less than 700 votes, including Gilliam’s company. We have now 370 men enlisted this gives to us who remain a more anxious charge with regard to those who may be unsound in character, and makes it the more necessary that we we may act promptly and summarily in such cases if we can be so authorised by law. Mr. Collins desires to be most particularly remembered to you.