22 November 1861: “they are going to take our guns from us and give us sabers and revolvers and make cannoniers of us.”

Posted on 22 Nov ’11 by Biff Hollingsworth 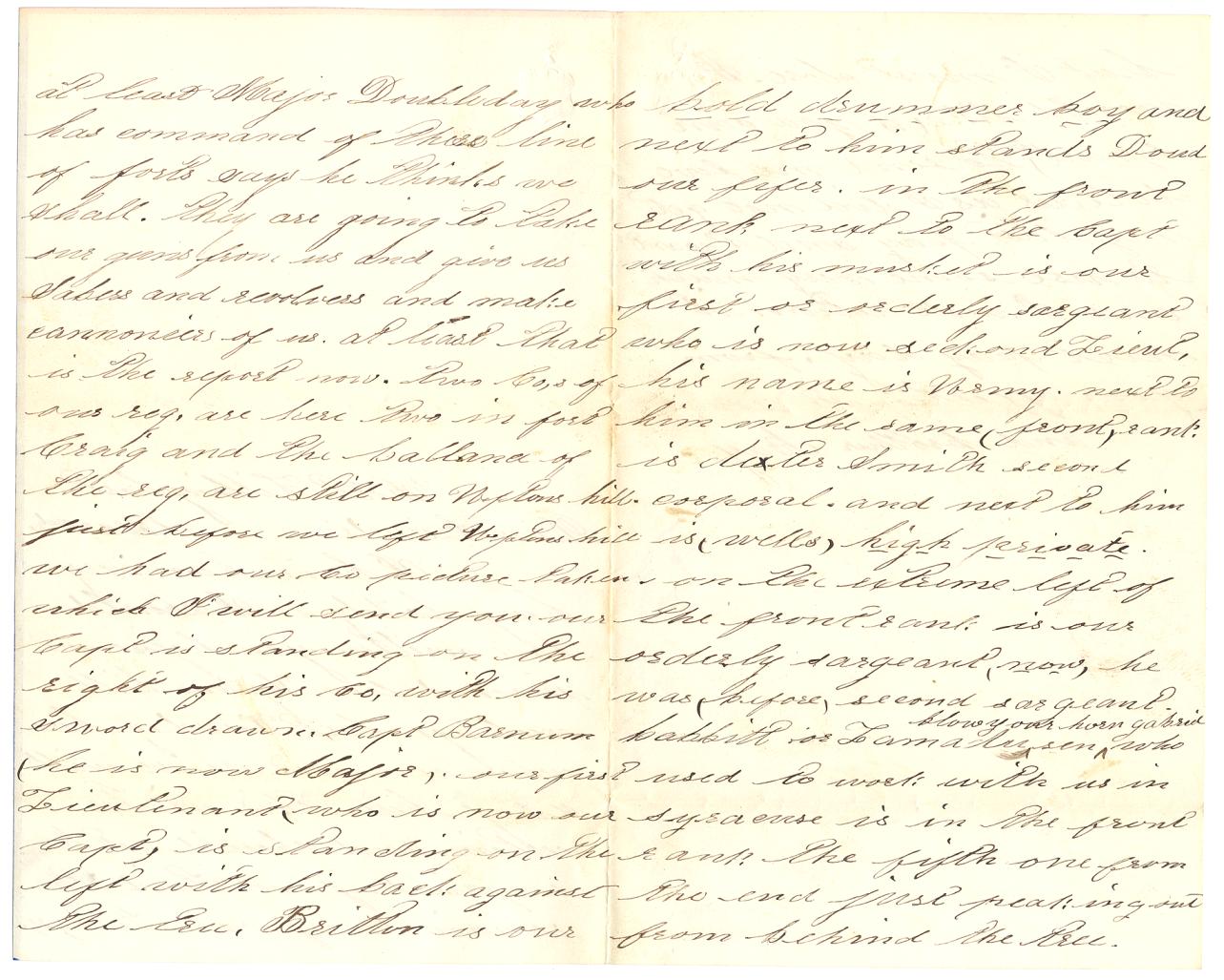 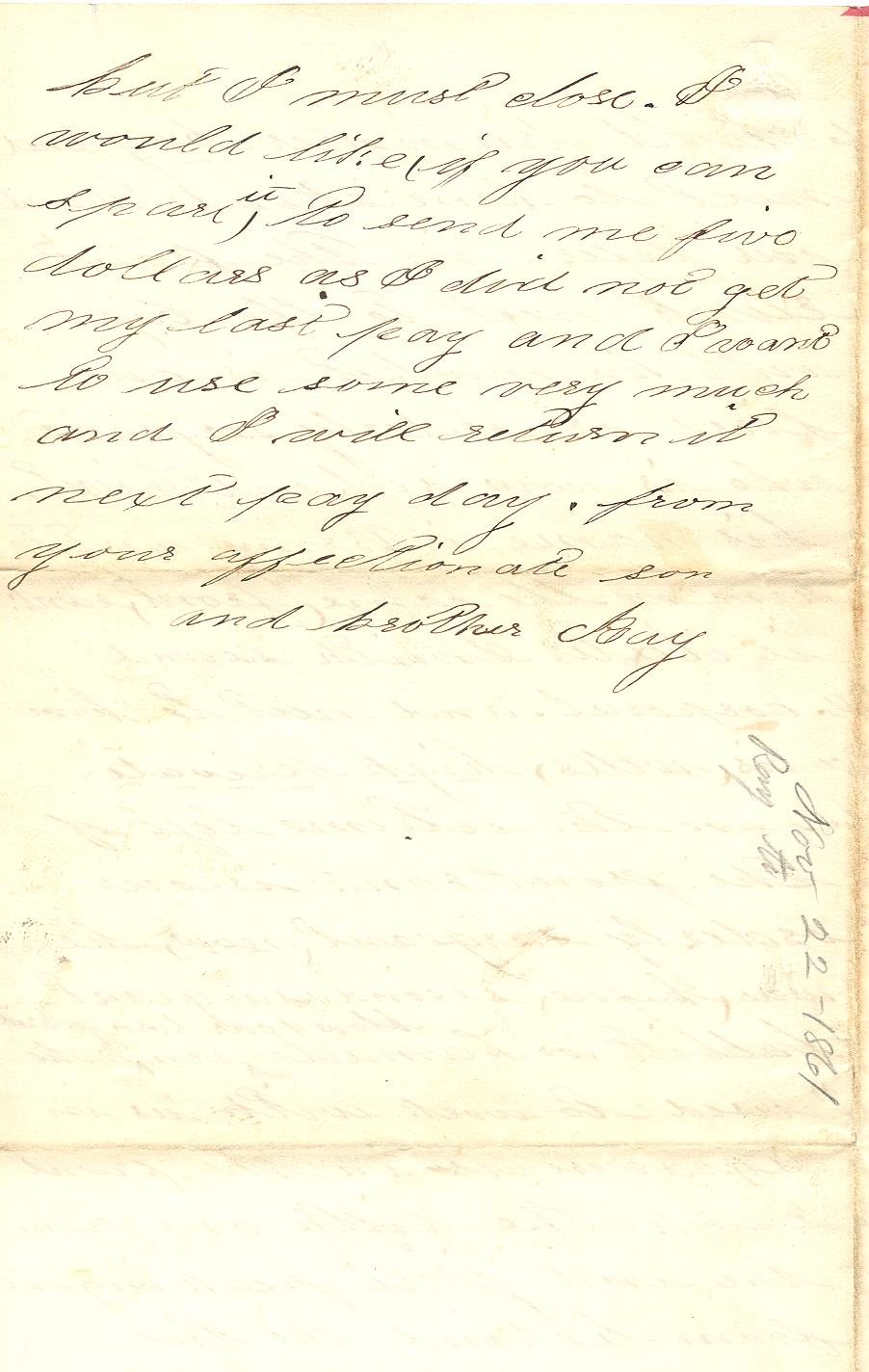 I have been very busy lately or I should have written you before. we mooved from Upton’s Hill week ago last Tuesday here where we now are. we will stay here this winter certain and should not be surprised if we staid the remainder of over two yrs., at least Major Doubleday who as command of these line of forts says he thinks we shall. they are going to take our guns from us and give us sabers and revolvers and make cannoniers of us. at least that is the report now. two Co.s of our reg. are here two in fort Craig and the ballance of the reg. are still on Upton’s Hill. just before we left Upton’s Hill we had our Co. picture taken which I will send you. our Capt. is standing on the right of his Co. with his sword drawn. Capt. Barnum (he is now Major), our first Lieutenant (who is now our Capt.) is standing on the left with his back against the tree. Britton is our bold drummer boy and next to him stands Dowd our fifer. in the front rank next the Capt. with his musket is our first or orderly sargeant who is now sick and Lieut. his name is Urmy. next to him in the same (front) rank is Dexter Smith second corporal. and next to him is (wells) high private. on the extreme left of the front rank is our orderly sargeant (now) he was (before) second sargeant. Babbitt or [?], blow your horn gabriel, who used to work with us in Syracuse is in the front rank. the fifth one from the end just peaking out from behind the tree.

but I must close. I would like (if you can spare it) to send me five dollars as I did not get my last pay and I want to use some very much and I will return it next pay day. from your affectionate son and brother,