6 December 1861: “…we, the delegates of the people of North Carolina, in Convention assembled, entertain an undiminished confidence in the justice of the cause for which we have taken up arms…”

Posted on 6 Dec ’11 by Jason Tomberlin

Item description: A resolution by North Carolina’s Secession Convention expressing confidence in the cause that the Southern States had undertaken, in the president of the Confederate States, and its soldiers. 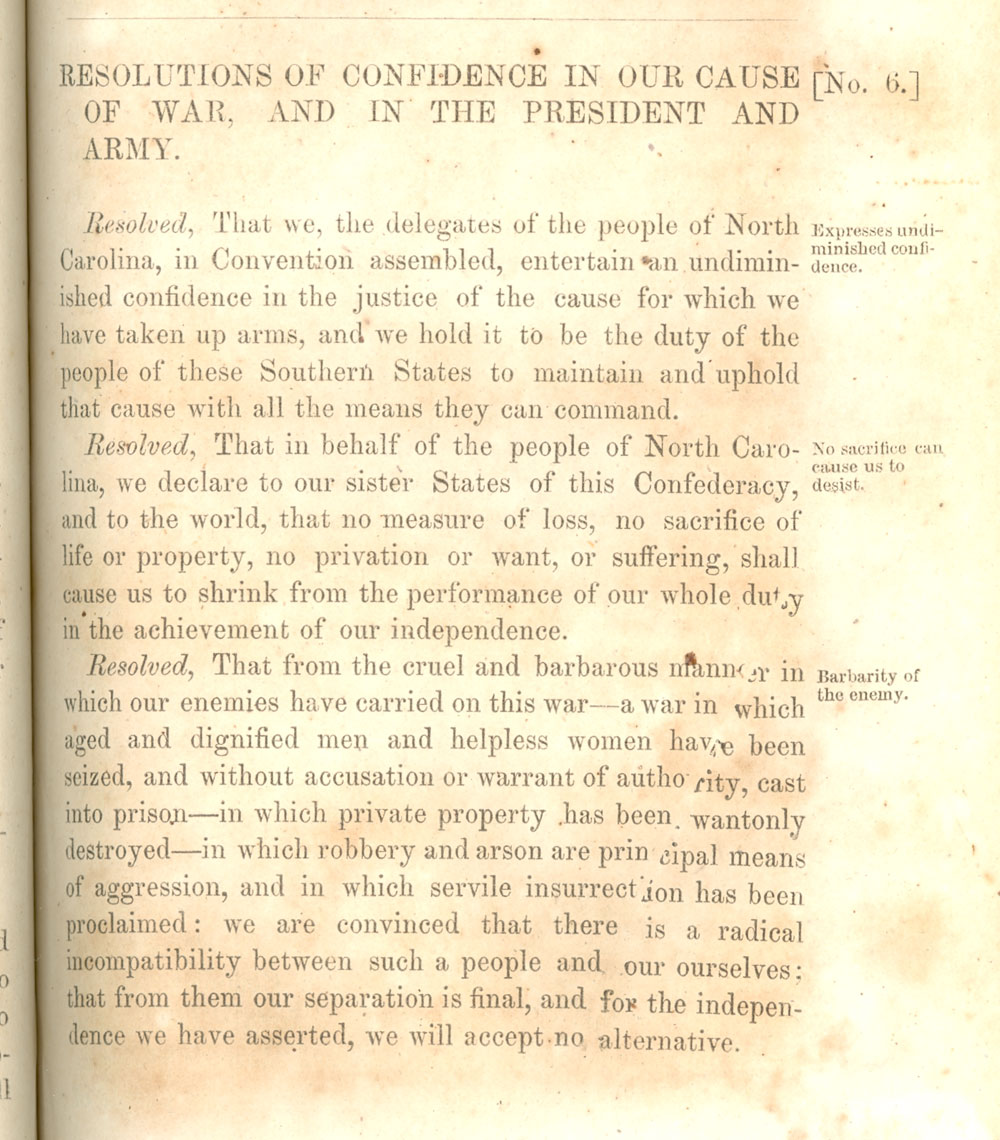 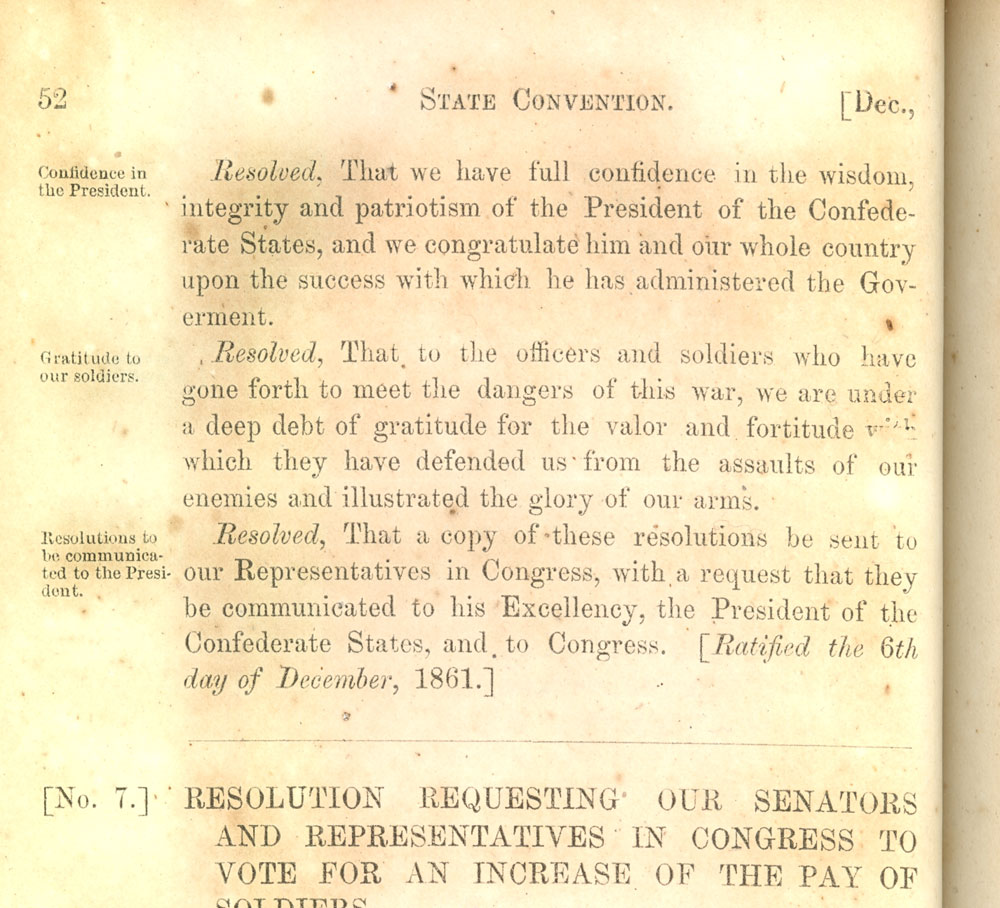 [No. 6.]
RESOLUTIONS OF CONFIDENCE IN OUR CAUSE OF WAR, AND IN THE PRESIDENT AND ARMY.

Resolved, That we, the delegates of the people of North Carolina, in Convention assembled, entertain an undiminished confidence in the justice of the cause for which we have taken up arms, and we hold it to be the duty of the people of these Southern States to maintain and uphold that cause with all the means they can command.

No sacrifice can cause us to desist.

Resolved, That in behalf of the people off North Carolina, we declare to our sister States of this Confederacy, and to the world, that no measure of loss, no sacrifice of life or property, no privation or want, or suffering, shall cause us to shrink from the performance of our whole duty in the achievement of our independence.

Barbarity of the enemy.

Resolved, That from the cruel and barbarous manner in which our enemies have carried on this war–a war in which aged and dignified men and helpless women have been seized, and without accusation or warrant of authority, cast into prison–in which private property has been wantonly destroyed–in which robbery and arson are principal means of aggression, and in which servile insurrection has been proclaimed: we are convinced that there is a radical incompatibility between such a people and our ourselves; that from them our separation is final, and for the independence we have asserted, we will accept no alternative.
Page 52

Confidence in the President.

Resolved, That we have full confidence in the wisdom, integrity and patriotism of the President of the Confederate States, and we congratulate him and our whole country upon the success with which he has administered Goverment.

Gratitude to our soldiers.

Resolved, That to the officers and soldiers who have gone forth to meet the dangers of this war, we are under a deep debt of gratitude for the valor and fortitude with which they have defended us from the assaults of our enemies and illustrated the glory of our arms.

Resolutions to be communicated to the President.

Resolved, That a copy of these resolutions, be sent to our Representatives in Congress, with a request that they be communicated to his Excellency, the President of the Confederate States, and to Congress. Ratified the 6th day of December, 1861.]

[To read more from this volume, please click here.]