Posted on 7 Feb ’12 by Biff Hollingsworth

Item description: Carte de visite of Augusta Heath Morris, which is believed to be a photograph taken by Mathew Brady. The date of the photograph is unknown.

The subject of the photograph, Augusta Heath Morris, was arrested in Washington, D.C. on 7 February 1862 for alleged espionage against the United States. Morris was arrested along with several other women, including Rose O’Neal Greenhow, in a now infamous “spy ring” case. This carte de visite is preserved in the Southern Historical Collection’s Edward Porter Alexander Papers. Alexander, then a lieutenant colonel stationed at the Confederate Headquarters near Centreville, Virginia, was head of the Confederate signal corps and was, reportedly, responsible for organizing spy activities for the Confederate forces. The appearance of this photograph of Augusta Morris in Alexander’s collection of papers is, therefore, that much more intriguing.

More about Mrs. Augusta Heath Morris: The records on Mrs. Morris are a bit scanty and confusing.  According to a series of documents outlining the case against Augusta Heath Morris in the government publication The War of the Rebellion: A Compilation of the Official Records of the Union and Confederate Armies, Mrs. Morris was a French woman (possibly American-born, or born to expatriates?) who married an American man in Paris in 1852.  By 1862, she had emigrated to the United States, was either living separately from her husband or widowed, and had begun to act as a spy for the Confederate Army.

Help us untangle the mystery of Mrs. Morris!  The intercepted letters and other documents printed in the War of the Rebellion records give us some background information on Mrs. Morris, and begin to shed light on what appears to be a complex woman with a strong personality–but some of the records appear to contradict each other, and they leave many questions unanswered.  Who was she? When did she move from France to the United States?  How she develop such strong Southern sympathies? What led her to act as a spy?  Share anything you find in the comments section!

Here’s a resource to get you started: 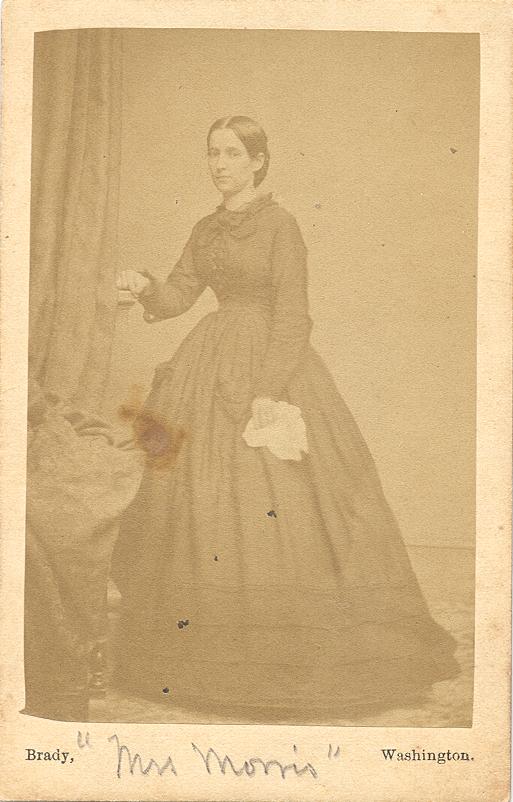