16 March 1862: Federal gunboat and mortar boat attack on Island No 10. between Columbus and New Madrid

Posted on 16 Mar ’12 by Biff Hollingsworth

Item Description: page 178 from an unidentified source (probably Famous Leaders and Battle Scenes of the Civil War, published in 1896). Page contains two illustrations: “Transfer of the released federal prisoners from the steamer ‘Pilot Boy’ to the ‘Cossack,’ in Pamlico River near Washington, N.C.” and “Federal gunboat and mortar boat attack on Island No 10. between Columbus and New Madrid—Bombardment on Sunday, March 16th, 1862.—View looking down the river.” The attack scene is a variant version of the illustration that appeared on page 328 of Frank Leslie’s Illustrated Newspaper, 5 April 1852, with similar caption that dates the scene as March 17th, credits the original sketch to “our Special Artist, Mr. H. Lovie, from the Gunboa[t] Conestoga,” and identifies ships in the scene.

The Battle of Island No. 10 followed a larger engagement at New Madrid, Missouri, fought between March 2 and 13th, 1862. 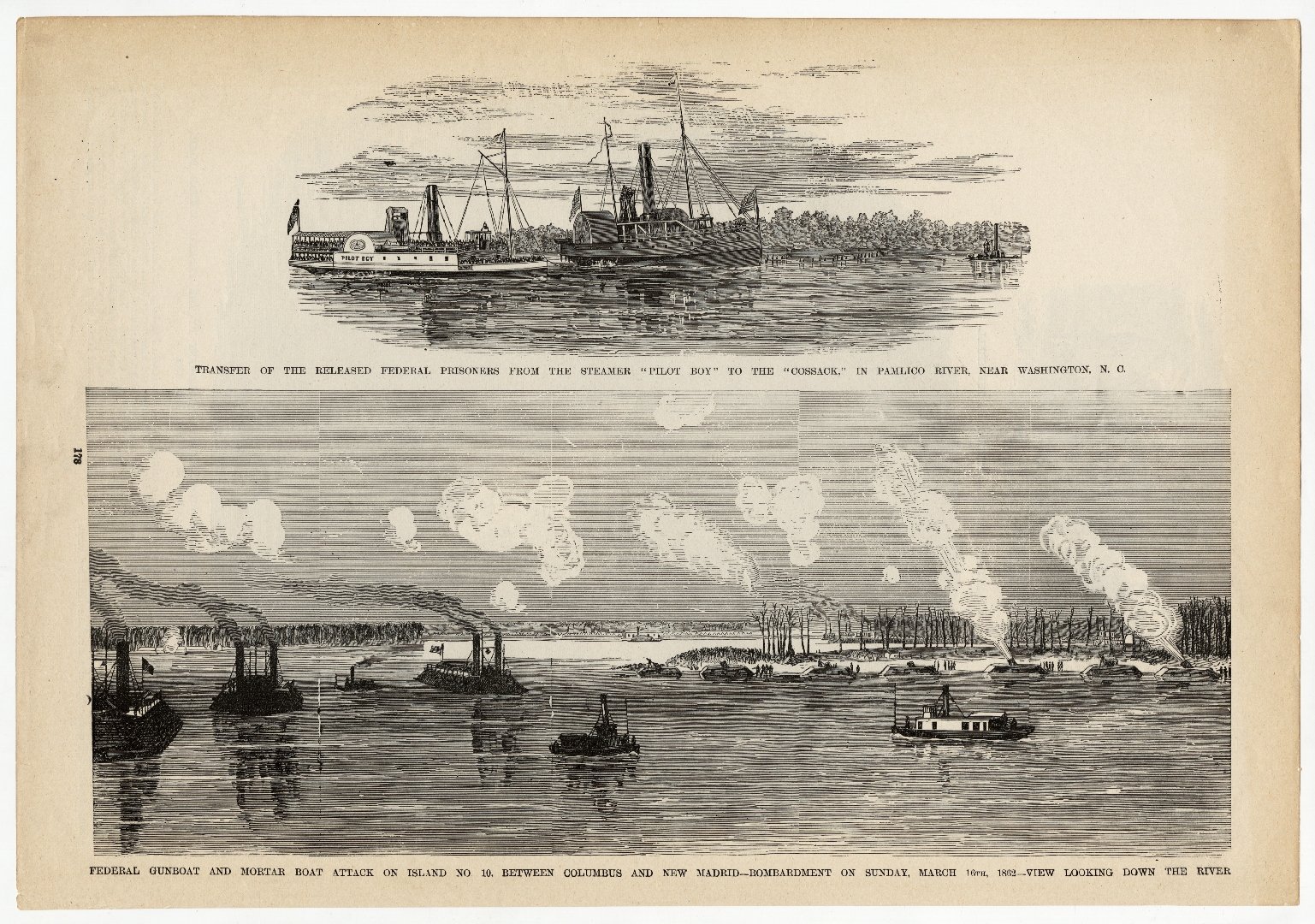