26 March 1862: “Florida is hard pressed by the enemy both Fernandina and Jacksonville have been taken by the Lincolnites.” 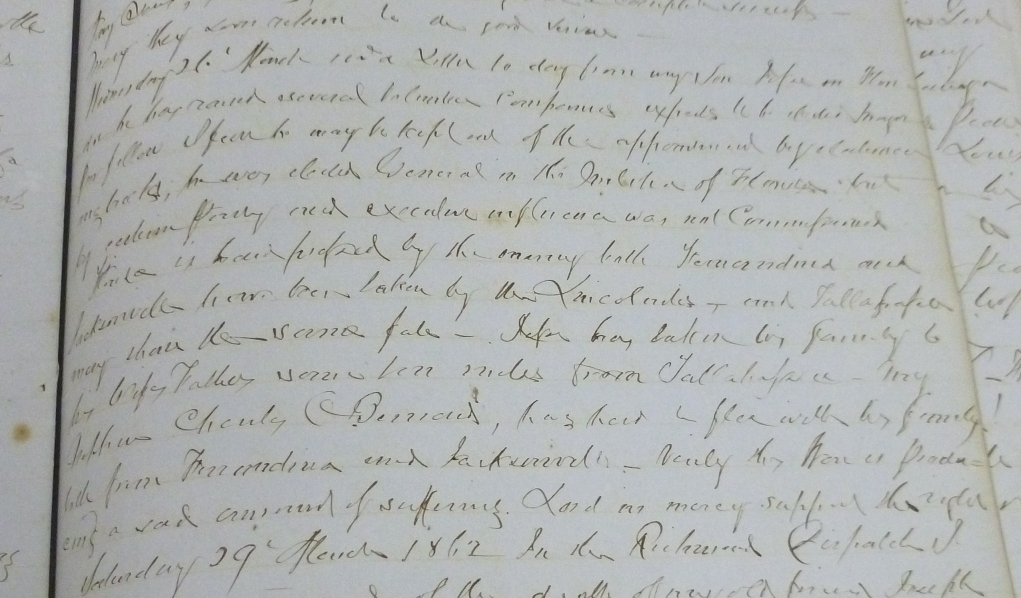 About Overton Bernard: Overton Bernard kept his diary while serving as a Methodist minister in Edenton, N.C., 1824, and as a bank employee in Portsmouth, Va., 1858-1863.

Wednesday 26th March. rec’d. a Letter to day from my son Jesse in Florida he has raised several Volunteer Companies expects to be elected Major poor fellow I fear he may be kept out of the appointment by electioneering tricks; he was elected General in the Militia of Florida, but by certain party and executive influence was not Commissioned. Florida is hard pressed by the enemy both Fernandina and Jacksonville have been taken by the Lincolnites—and Tallahassee may share the same fate. Jesse has taken his family to his wifes Father some ten miles from Tallahassee — my nephew Chanty O. Bernard has had to flee with his family both from Fernandina and Jacksonville—verily the War is producing a sad amount of suffering. Lord in mercy support the right.