17 April 1862: “It is, beyond question, the most important measure that has ever passed the Confederate Congress.” 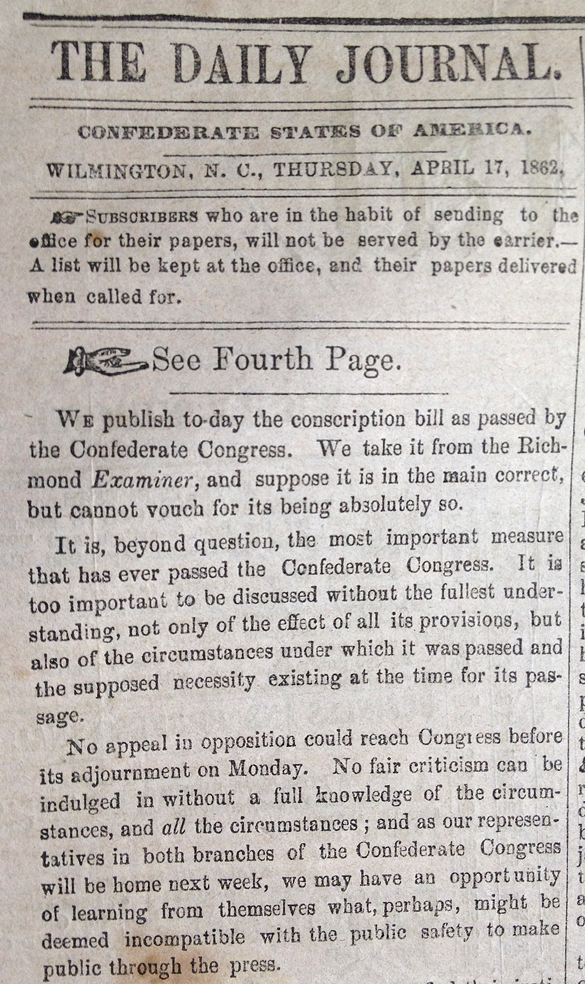 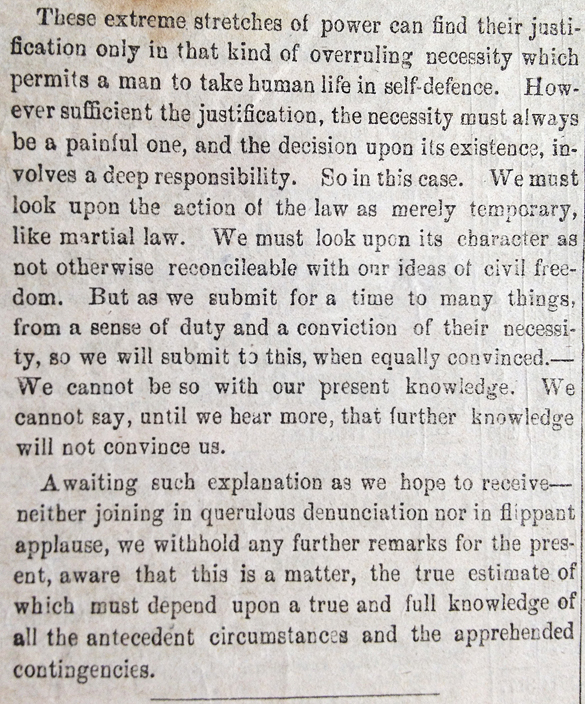 We publish to-day the conscription bill passed by the Confederate Congress.  We take it from the Richmond Examiner, and suppose it is in the main correct, but cannot vouch for its being absolutely so.

It is, beyond question, the most important measure that has ever passed the Confederate Congress.  It is too important to be discussed without the fullest understanding, not only of the effect of all its provisions, but also the circumstances under which it was passed and the supposed necessity existing at the time for its passage.

No appeal in opposition could reach Congress before its adjournment on Monday.  No fair criticism can be indulged in without full knowledge of the circumstances, and all circumstances ; and as our representatives in both branches of the Confederate Congress will be home next week, we may have an opportunity of learning from themselves what, perhaps, might be deemed incompatible with the public safety to make public through the press.

These extreme stretches of power can find their justification only in that kind of overruling necessity which permits a man to take a human life in self-defence.  However sufficient the justification, the necessity must always be a painful one, and the decision upon its existence, involves a deep responsibility.  So in this case.  We must look upon the action of the law as merely temporary.  like martial law.  We must look upon its character as not otherwise reconcilable with our ideas of civil freedom.  But as we must submit for a time to many things, from a sense of duty and conviction of their necessity, so we will submit to this, when equally convinced.—We cannot be so with our present knowledge.  We cannot say, until we hear more, that the further knowledge will not convince us.

Awaiting such explanation as we hope to receive—neither joining in querulous denunciation nor in flippant applause, we withhold any further remarks for the present, aware that this is a matter, the true estimate of which must depend upon a true and full knowledge of all the antecedent circumstances and the apprehended contingencies.