Posted on 18 Apr ’12 by Biff Hollingsworth

Item description: Letter, dated 18 April 1862, from Moses Henry Nathan, Chief Engineer of the Charleston Fire Department, to William Porcher Miles, member of the Confederate House of Representatives and chair of its Military Affairs Committee. Nathan writes to ask Miles for clarification about the effect of the new Confederate conscription law on the members on the city’s fire department. The request is significant in that it comes only a few months after a cataclysmic fire destroyed 540 acres and 600 private homes in the city.

Moses Henry Nathan was born 7 November 1821 to Henry Nathan (1790-1837) and Esther Levy (1789-1871). Nathan was a prominent member of Charleston’s Jewish community, a member of the congregation of Kahal Kadosh Beth Elohim (and later a congregant at Shearit Israel). He was elected chief of the city’s fire department in 1859, which, at the time, was comprised of eleven volunteer fire companies, ten ward engines, and one hook and ladder truck. 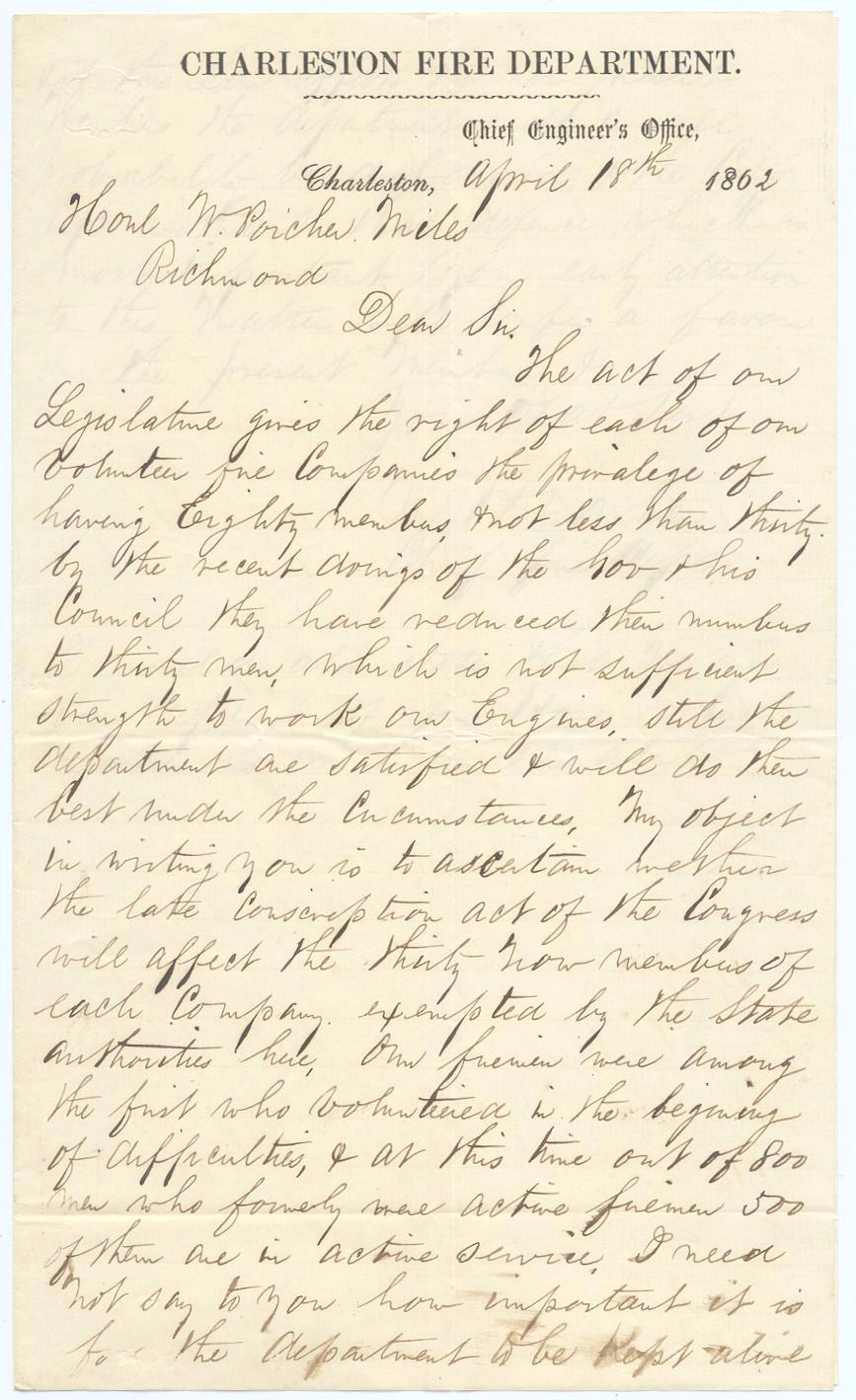 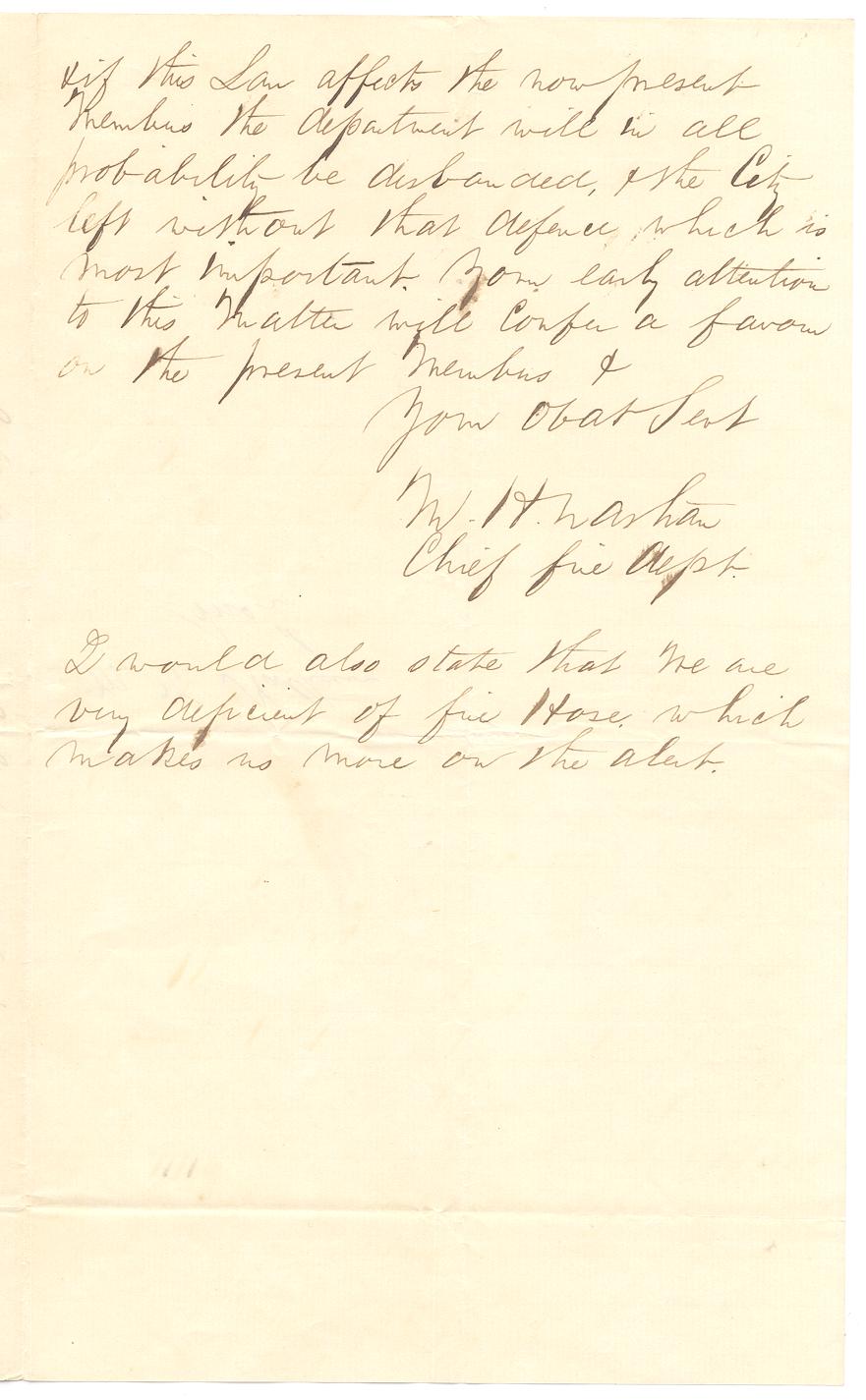 The act of our Legislature gives the right of each our volunteer fire companies the privalege of having Eighty members & not less than thirty, by the recent doings of the Gov. & his Council they have reduced their numbers to thirty men, which is not sufficient strength to work our Engines, still the department are satisfied & will do their best under the circumstances. My object in writing you is to ascertain wether the late conscription act of the Congress will affect the thirty now members of each company. exempted by the State authorities here, our firemen were among the first who volunteered in the beginning of difficulties, & at this time, out of 800 men who formerly were active firemen 500 of them are in active service. I need not say to you how important it is for the department to be kept alive & if this Law affects the now present members the department will in all probability be disbanded, & the City left without that defence, which is most important. Your early attention to this matter will confer a favor on the present members.

I would also state that we are very deficient of fire hose, which makes us more on the alert.