15 May 1862: “Three Yanks were passing by trying to get some flowers from over the fence, when Ma went out and gave them some…”

Posted on 15 May ’12 by Biff Hollingsworth

Item description: Diary entry, 15 May 1862, written during the Union occupation of Murfreesboro, Tenn. 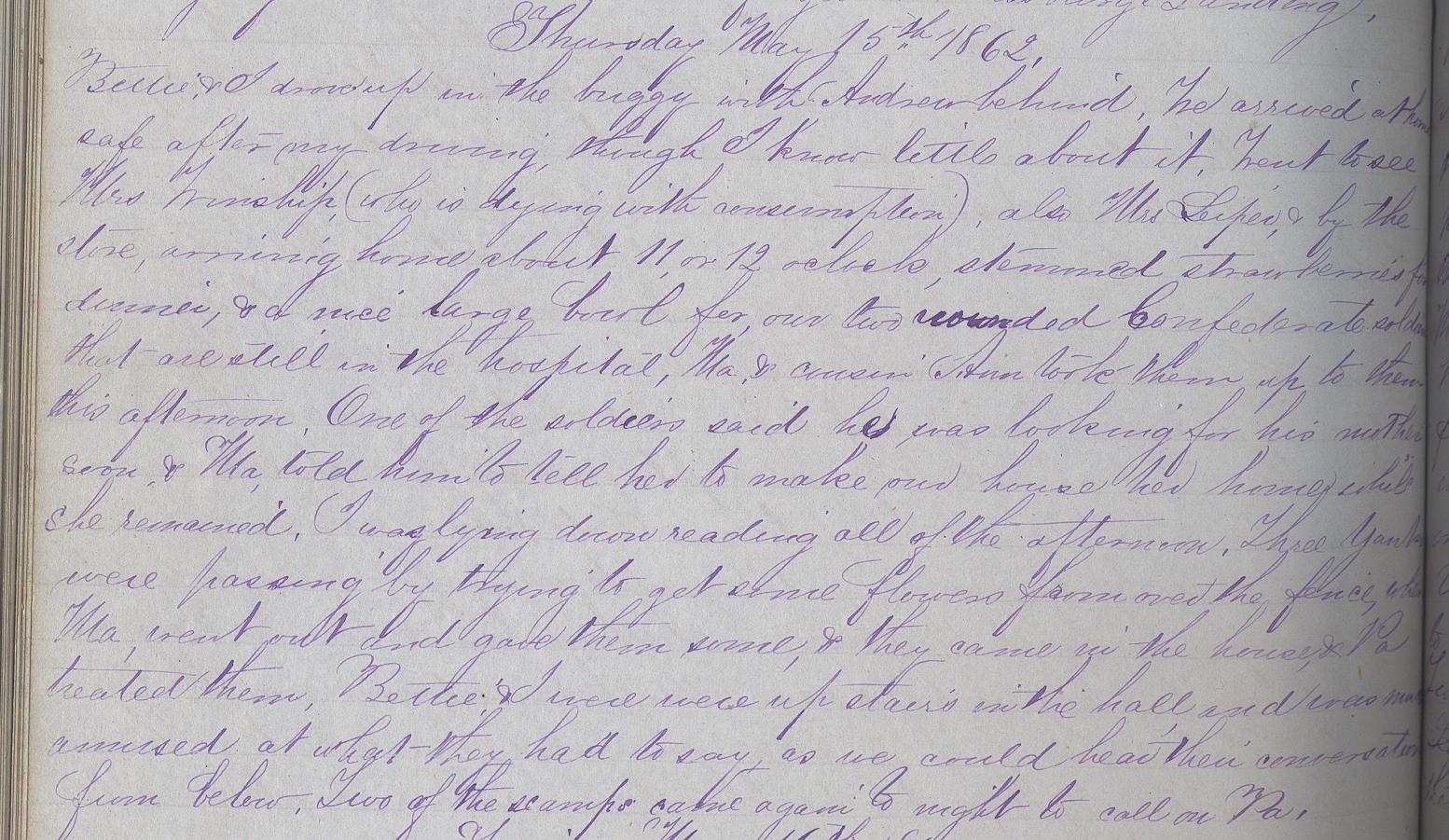 Bettie & I drove up in the buggy with Andrew behind. We arrived at home safe after my driving, though I know little about it. Went to see Mrs. Winship, (who is dying with consumption) also Mrs. Leiper, & by the store, arriving home about 11 or 12 o’clock, stemmed strawberries for dinner, & a nice large bowl for our two wounded Confederate soldiers that are still in the hospital. Ma & Cousin Ann took them up to them this afternoon. One of the soldiers said he was looking for his mother soon, & Ma told him to tell her to make our house her home while she remained. I was lying down reading all of the afternoon. Three Yanks were passing by trying to get some flowers from over the fence, when Ma went out and gave them some & they came in the house, & Pa treated them. Bettie & I were upstairs in the hall, and was much amused at what they had to say, as we could hear their conversation from below. Two of the scamps came again tonight to call on Pa.