8 June 1862: “that infamous proclamation of Gen. Butler’s was issued in consequence of the ladies of New Orleans have sent back the cards sent to them by Mrs. Butler!”

Item description: Entry, 8 June 1862, from the diary of Sarah Lois Wadley. She records news of the war and comments on Union Gen. Benjamin Butler’s infamous General Order No. 28 (the so-called “Woman’s Order”). 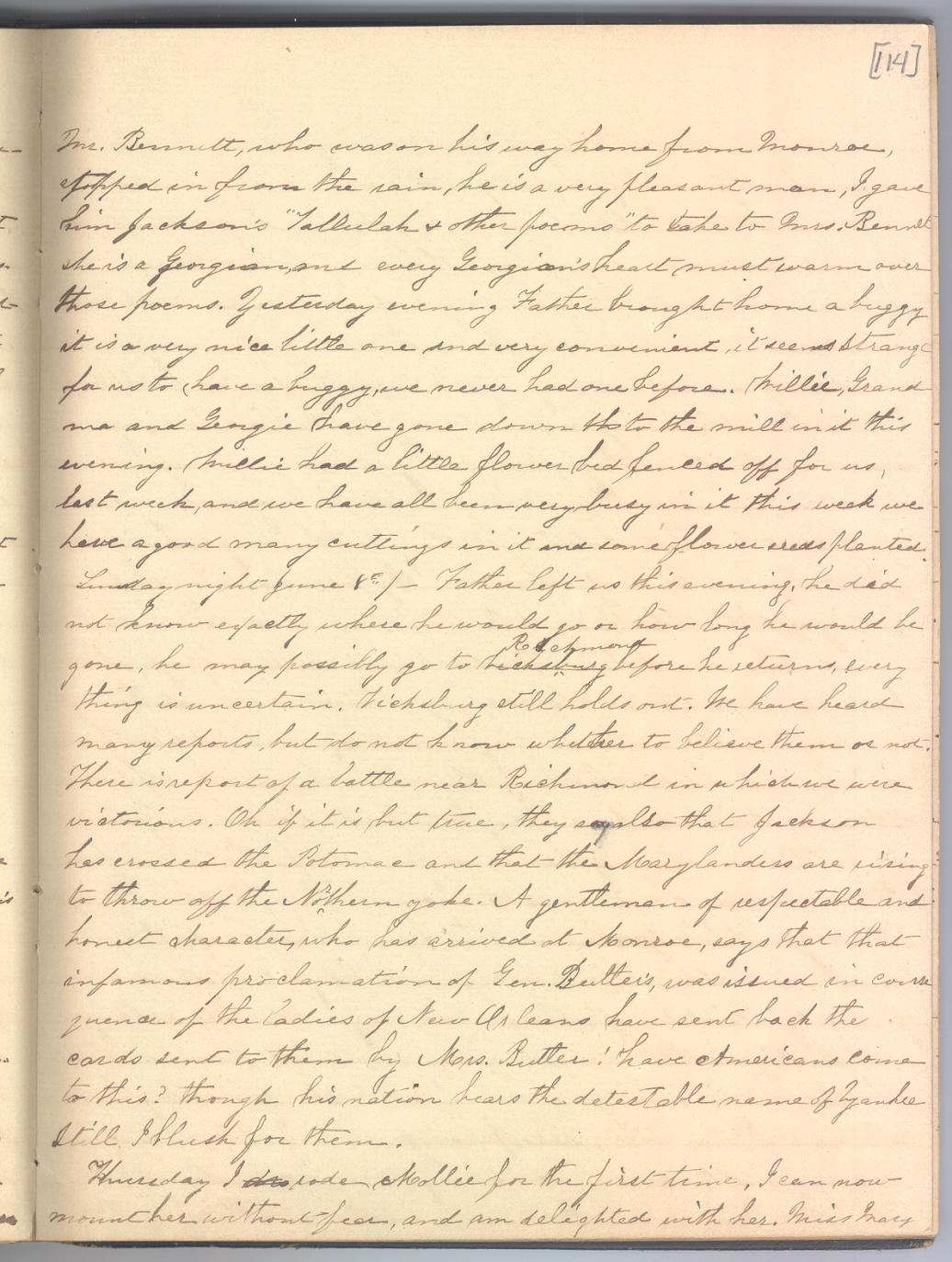 Father left us this evening, he did not know exactly where he would go, or how long he would be gone he may possibly go to Richmond before he returns, every thing is uncertain.

Vicksburg still holds out. We have heard many reports, but do not know whether to believe them or not. There is report of a battle near Richmond in which we were victorious. Oh, if it is but true, they say also that Jackson has crossed the Potomac, and that the Marylanders are rising to throw off the Northern yoke. A gentleman of respectable and honest character, who has arrived at Monroe, says that that infamous proclamation of Gen. Butler’s was issued in consequence of the ladies of New Orleans have sent back the cards sent to them by Mrs. Butler! have Americans come to this? though his nation bears the detestable name of Yankee still I blush for them.

Thursday I rode Mollie for the first time. I can now mount her without fear, and am delighted with her. Miss Mary and Willie spent the day at Mrs. Noble’s yesterday. Uncle Moses and his family perfectly well.