24 June 1862: “The conscript act is very distasteful to our people and doubts of its constitutionality have been raised…”

Posted on 24 Jun ’12 by Biff Hollingsworth 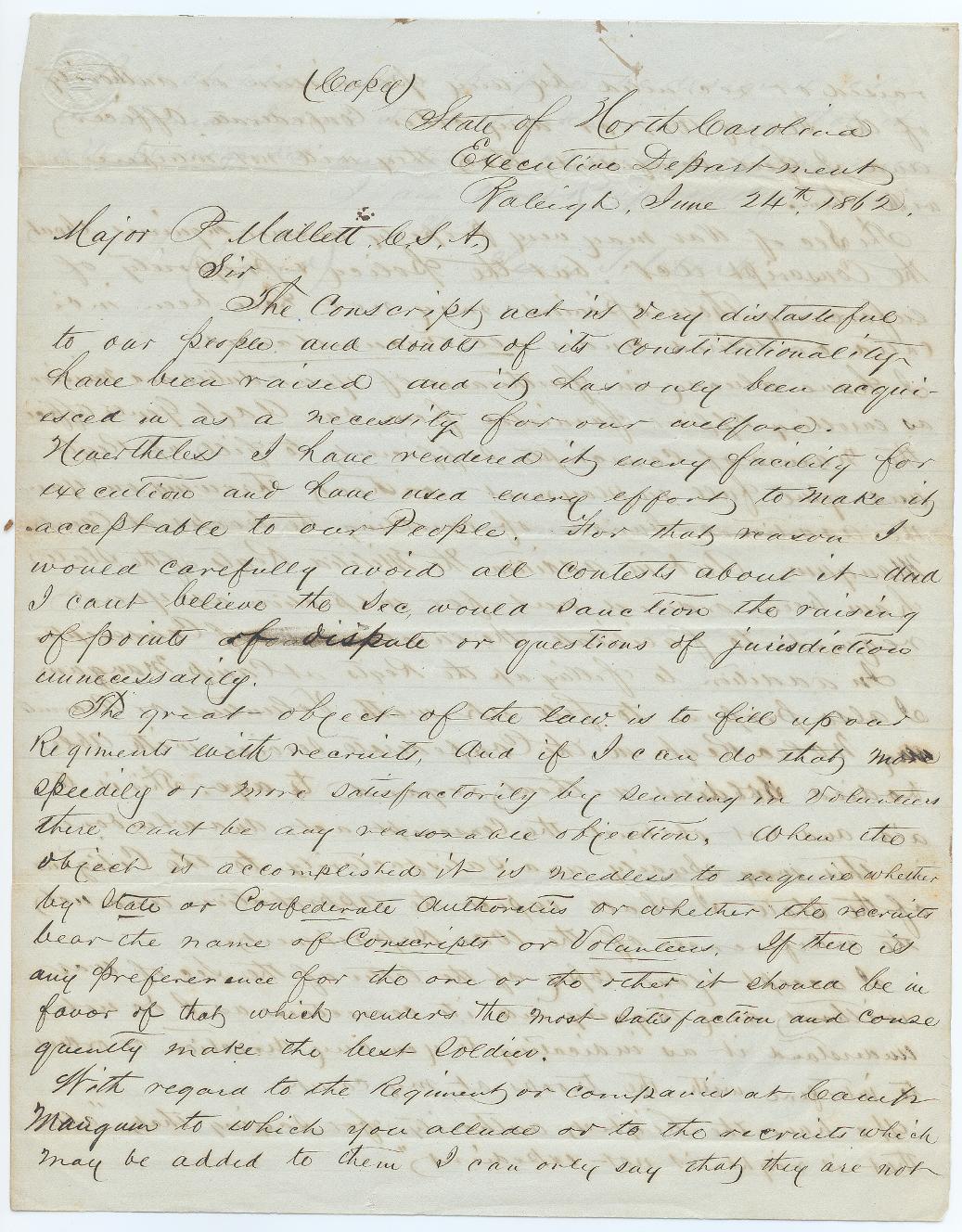 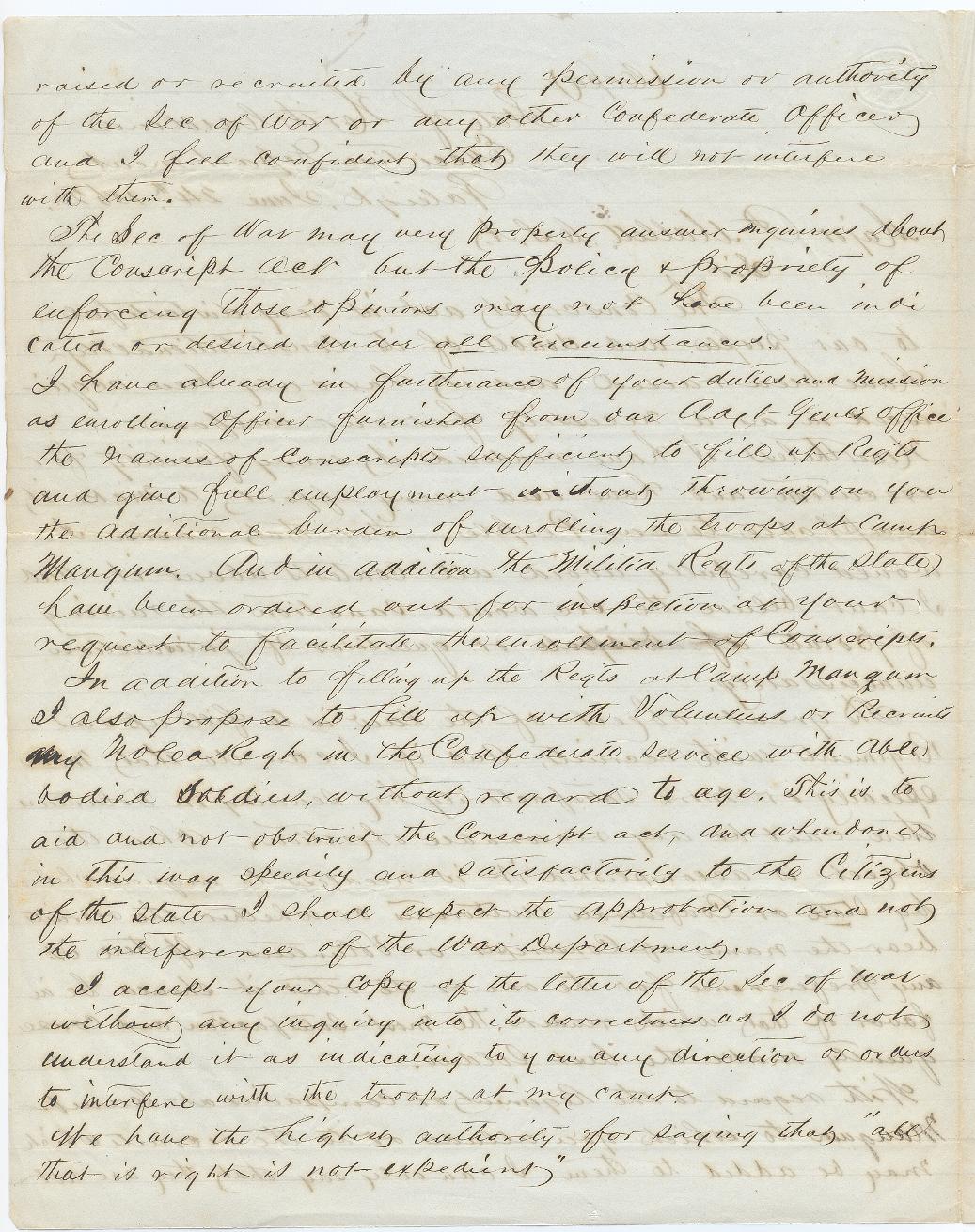 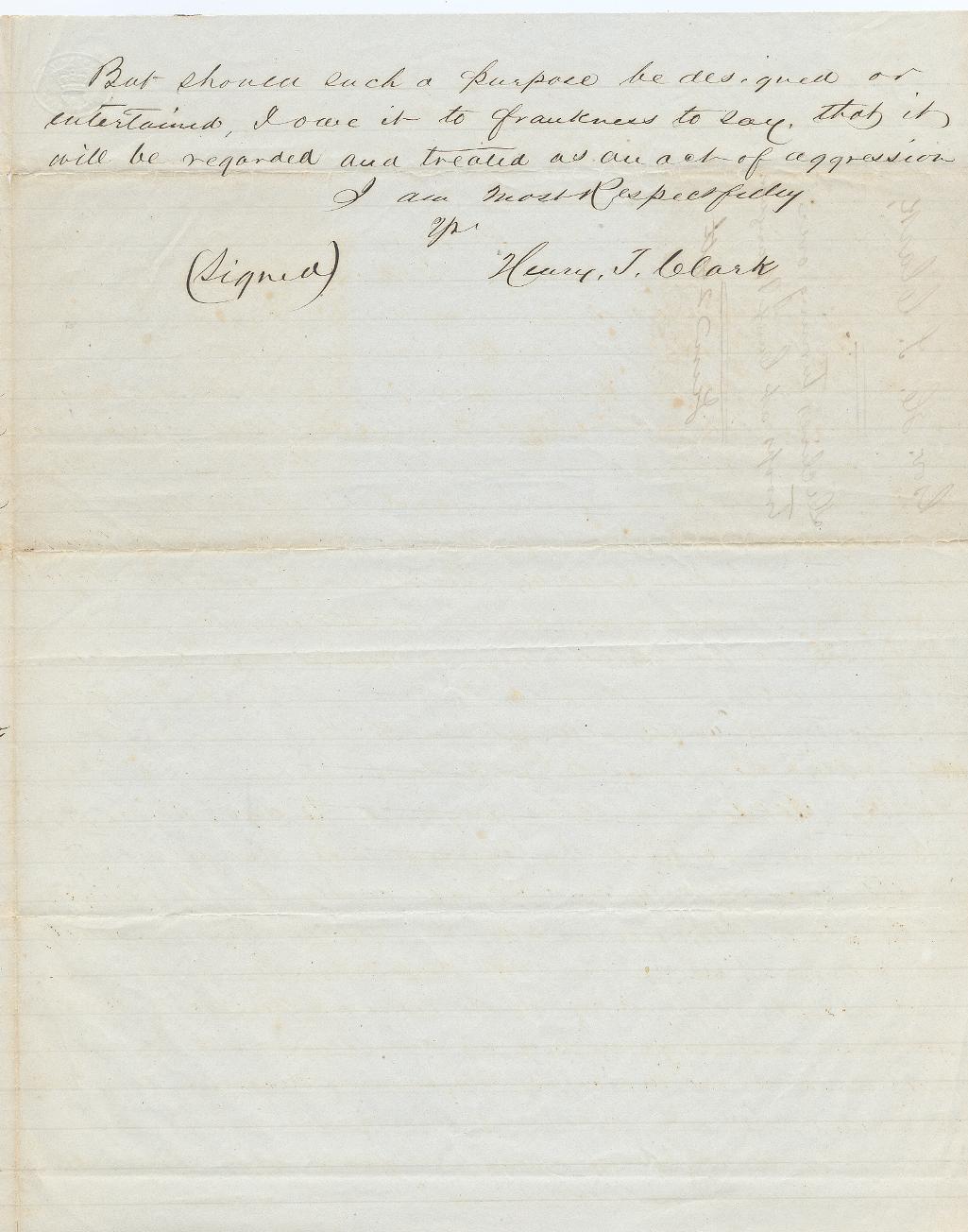 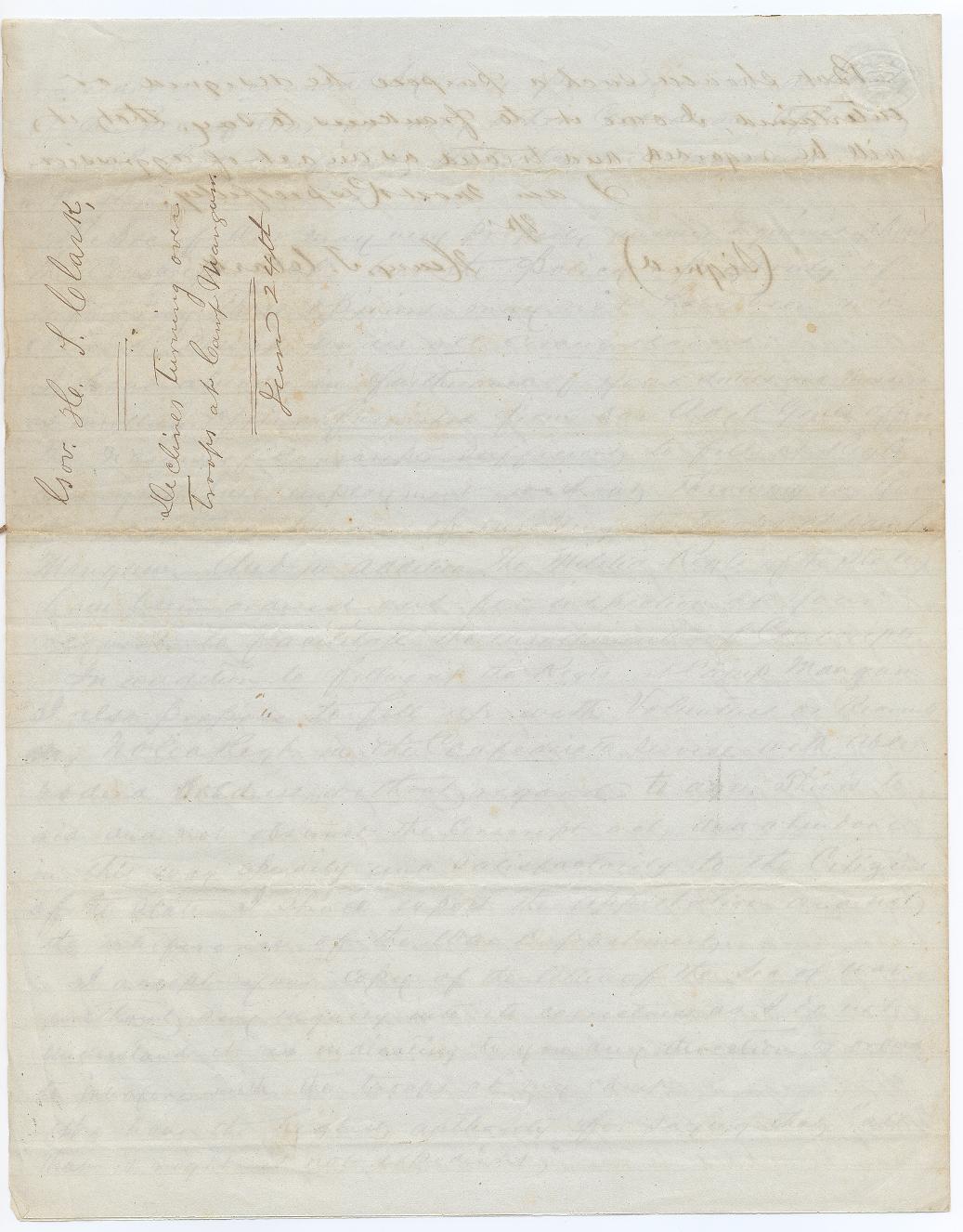 The conscript act is very distasteful to our people and doubts of its constitutionality have been raised and it has only been acquiesced in as a necessity for our welfare. Nevertheless I have rendered it every facility for execution and have used every effort to make it acceptable to our People. For that reason I would carefully avoid all contests about it and I can’t believe the Sec. would sanction the raising of points of dispute or questions or jurisdictions unnecessarily.

The great object of the law is to fill up our Regiments with recruits, and if I can do that more speedily or more satisfactorily by sending in volunteers there can’t be any reasonable objection. When the object is accomplished it is needless to inquire whether by State or Confederate authorities or whether the recruits bear the name of Conscripts or Volunteers. If there is any preference for the one or the other it should be in favor of that which renders the most satisfaction and consequently make the best soldier.

With regard to the Regiments or companies at Camp Mangum to which you allude or to the recruits which may be added to them I can only say that they are not raised or recruited by any permission or authority of the Sec. of War or any other Confederate Officer and I feel confident that they will not interfere with them.

The Sec. of War may very properly answer inquiries about the Conscript Act but the policy & propriety of enforcing those opinions may not have been indicated or desired under all circumstances.

I have already in furtherance of your duties and mission as enrolling officer furnished from our Adjt. Genl’s office the names of conscripts sufficient to fill up Reg’ts and give full employment without throwing on you the additional burden of enrolling the troops at Camp Mangum. And in addition to Militia Reg’ts of the State have been ordered out for inspection at your request to facilitate the enrollment of Conscripts.

In addition to filling up the Reg’ts at Camp Mangum I also propose to fill up with Volunteers or Recruits any NoCa Reg’t in the Confederate service with able bodied soldiers, without regard to age. This is to aid and not obstruct the Conscript Act and when done in this way speedily and satisfactorily to the Citizens of the State I shall expect the approbation and not the interference of the War Department.

I accept your copy of the letter of the Sec. of War without any inquiry into its correctness as I do not understand it as indicating to you any direction or orders to interfere with the troops at my camp.

We hear the highest authority for saying that “all that is right is not expedient.” But should such a purpose be designed or entertained, I owe it to frankness to say that it will be regarded and treated as an act of aggression.

I am most Respectfully,
yrs
(signed) Henry T. Clark