Posted on 4 Jul ’12 by Jason Tomberlin

Item description: Newton Wallace, Company I, 27th Massachusetts Infantry, wrote this description of how he spent July 4th, 1862, in his diary. Wallace and his regiment were in occupied North Carolina, camped in tents “on the Old Fair Ground” in New Bern. 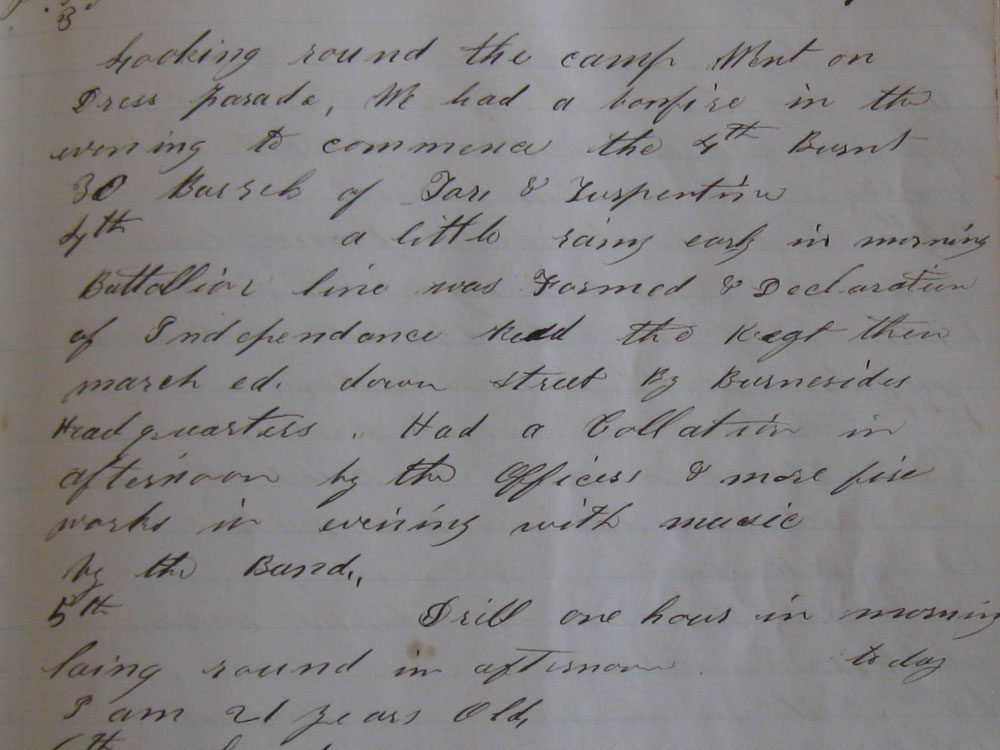 [July] 4th a little rainy early in morning Battalion line was Formed & Declaration of Independence Read the Regt then march ed down street By Burnsides Headquarters. Had a Collation in afternoon by the Officers & more fire works in evening with music by the Band

More about this item: Eighty-nine page quarto diary, with entries for nearly every day from October 1861 to September 1863 and including entries for distances traveled totaling by Wallace’s figuring 2876 miles.