14 July 1862: “Maggie I had hoped to see you in a month or so for I had thought this cursed rebellion was about played out but this defeat sets it back for a long time…”

Item description: Letter, 14 July 1862, from Union soldier Stephen Tippet Andrews to his beloved, Margaret (Maggie) Little. Stephen Tippet Andrews enlisted in the 85th New York Infantry Regiment on 26 August 1861. He helped organize Company F, and was mustered in as first sergeant of the company in the second half of 1861. Andrews was captured with the “Plymouth Pilgrims” in Plymouth, N.C., on 20 April 1864, and was held captive in Georgia and South Carolina for almost a year. 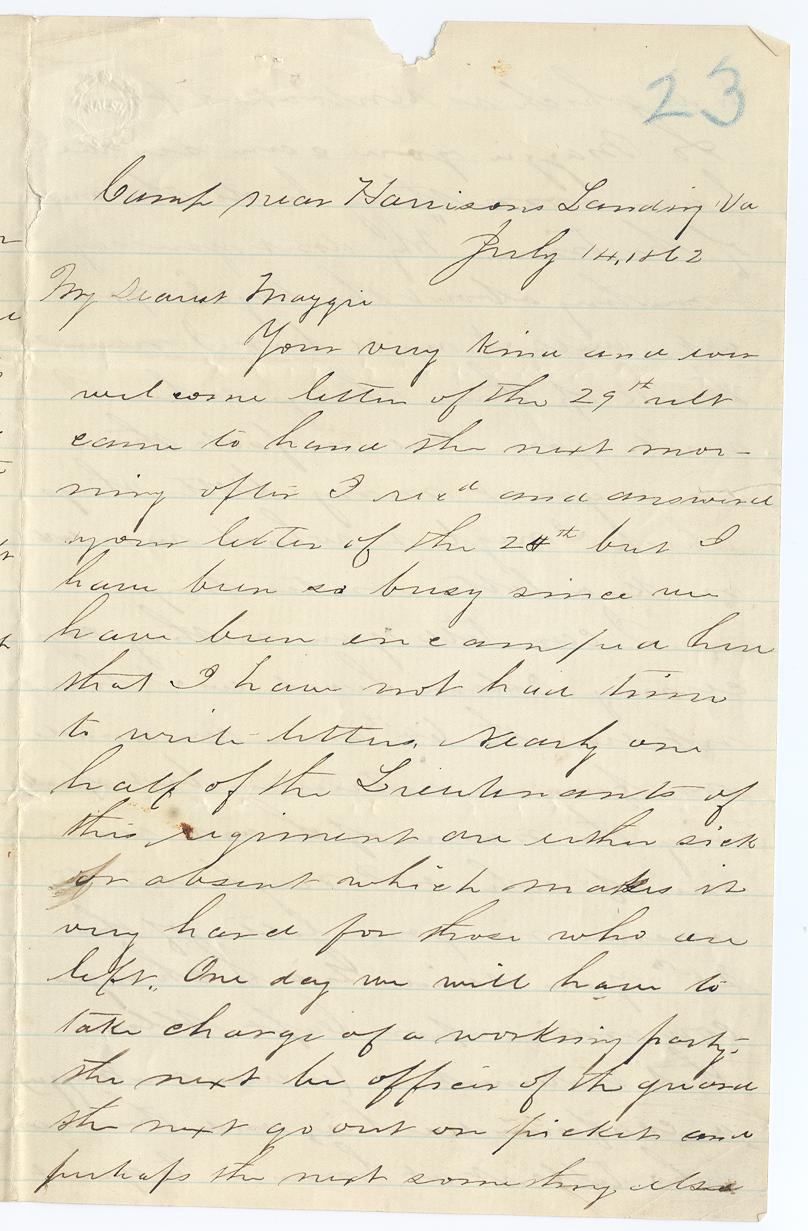 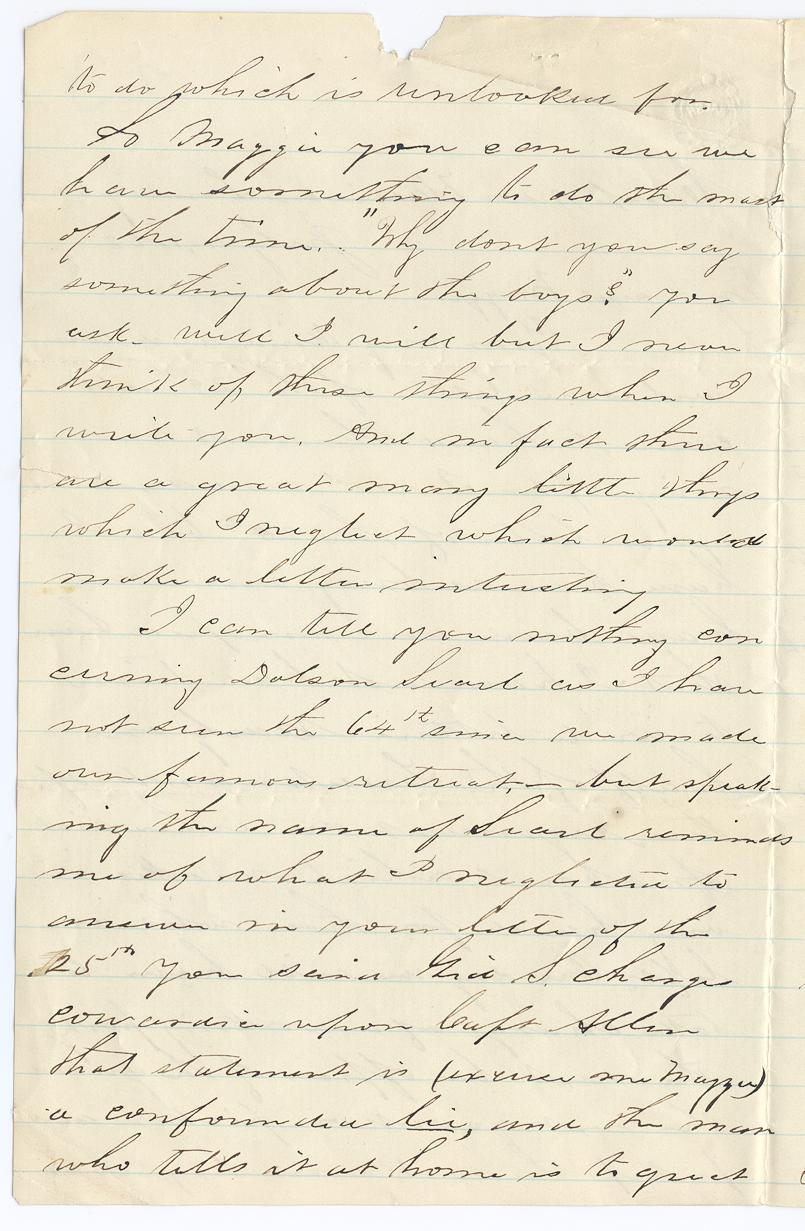 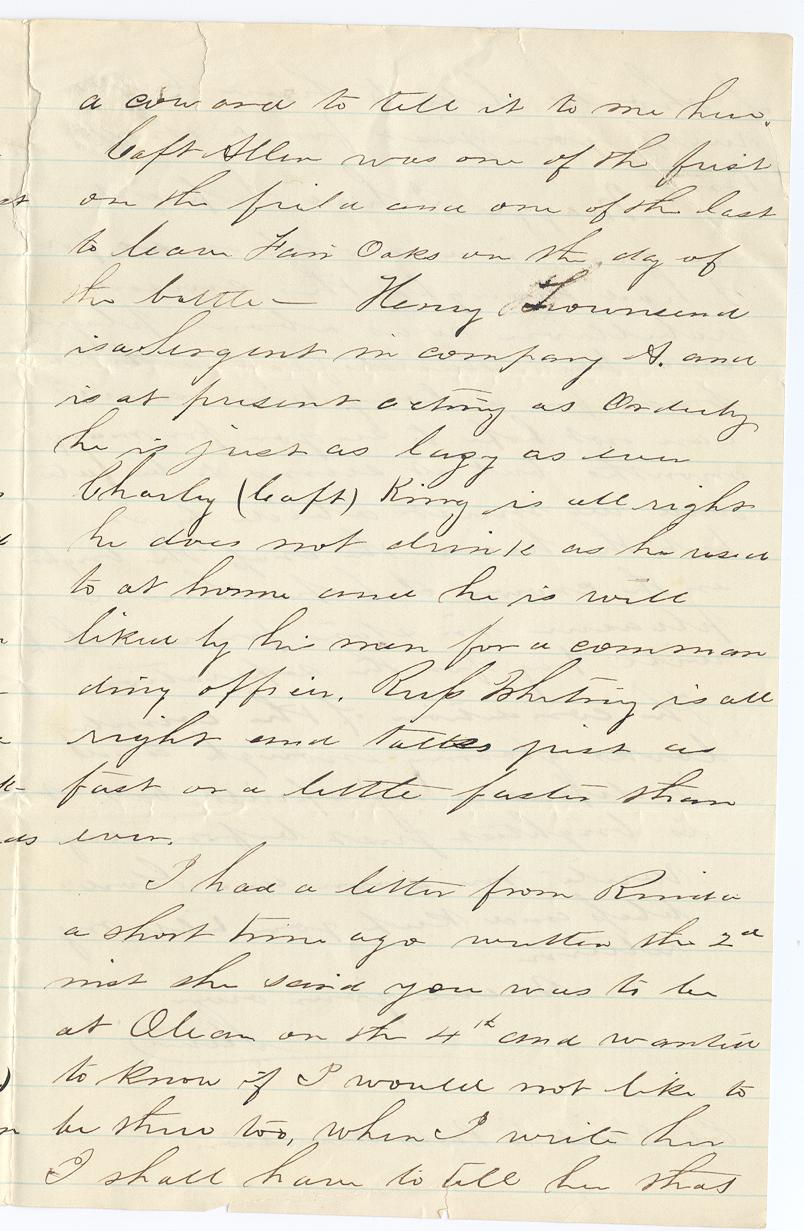 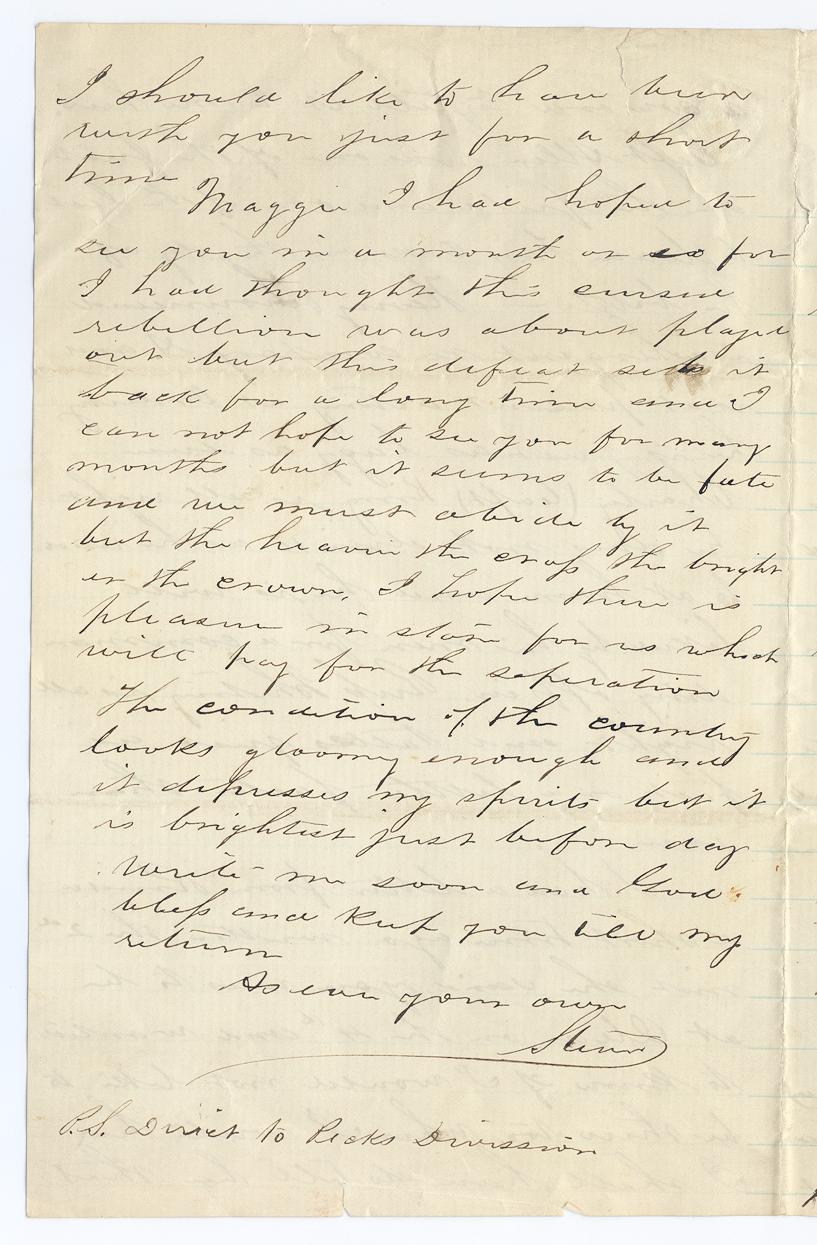 Your very kind and ever welcome letter of the 29th ult. came to hand the next morning after I rec’d and answered your letter of the 24th but I have been so busy since we have been encamped here that I have not had the time to write letters. Nearly one half of the Lieutenants of this regiment are either sick or absent which makes it very hard for those who are left. One day we will have to take charge of a working party; – the next be officers of the guard the next go out on picket and perhaps the next something else to do which is unlooked for. So Maggie you can see we have something to do most of the time. “Why dont you say something about the boys?” you ask. Well I will but I never think of these things when I write you. And in fact there are a great many little things which would make a letter interesting.

I can tell you nothing concerning Dolson Searl as I have not seen the 64th since we made our famous retreat, – but speaking of the name of Searl reminds me of what I neglected to answer in your letter of the 25th You said Gid S. charges cowardice upon Capt Allen That statement is (excuse me Maggie) a confounded lie, and the man who tells it at home is to (sic) great a coward to tell it to me here. Capt Allen was one of the first on the field and one of the last to leave Fair oaks on the day of the battle — Henry Townsend is a Sergeant in company A. and is at present acting as Orderly He is just as lazy as ever Charley (Capt) King is all right he does not drink as he used to at home and he is well liked by his men for a  commanding officer. Russ Whiting is all right and talks just as fast or a little faster than ever.

I had a letter from Rinda a short time ago written the 2nd inst. she said you was to be at Olean on the 4th and wanted to know if I would not like to be there too, when I write her I shall have to tell her that I should like to have been with you just for a short time

Maggie I had hoped to see you in a month or so for I had thought this cursed rebellion was about played out but this defeat sets it back for a long time and I cannot hope to see you for many months but it seems to be fate and we must abide by it but (by) the heaven the cross the bright in the crown, I hope there is pleasure in store for us which will pay for the separation

As ever your own