5 August 1862: “Major Mallett reports that the desertions are numerous and that 200 men overpowered 10 guards and went off in a body.”

Posted on 5 Aug ’12 by Biff Hollingsworth

Peter Mallett was a merchant of Fayetteville, N.C., and New York City; and a Confederate Army officer and head of Confederate conscription in North Carolina. 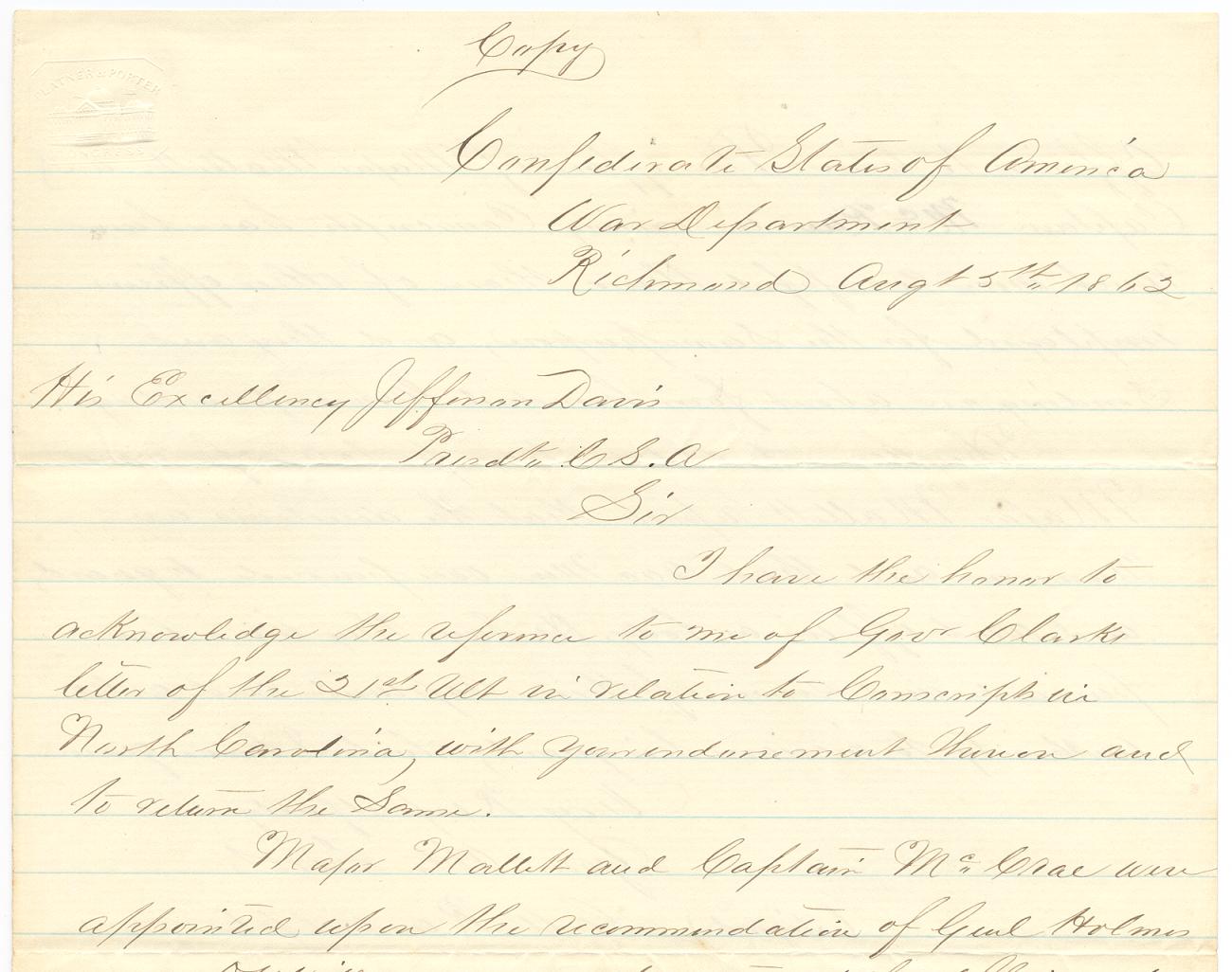 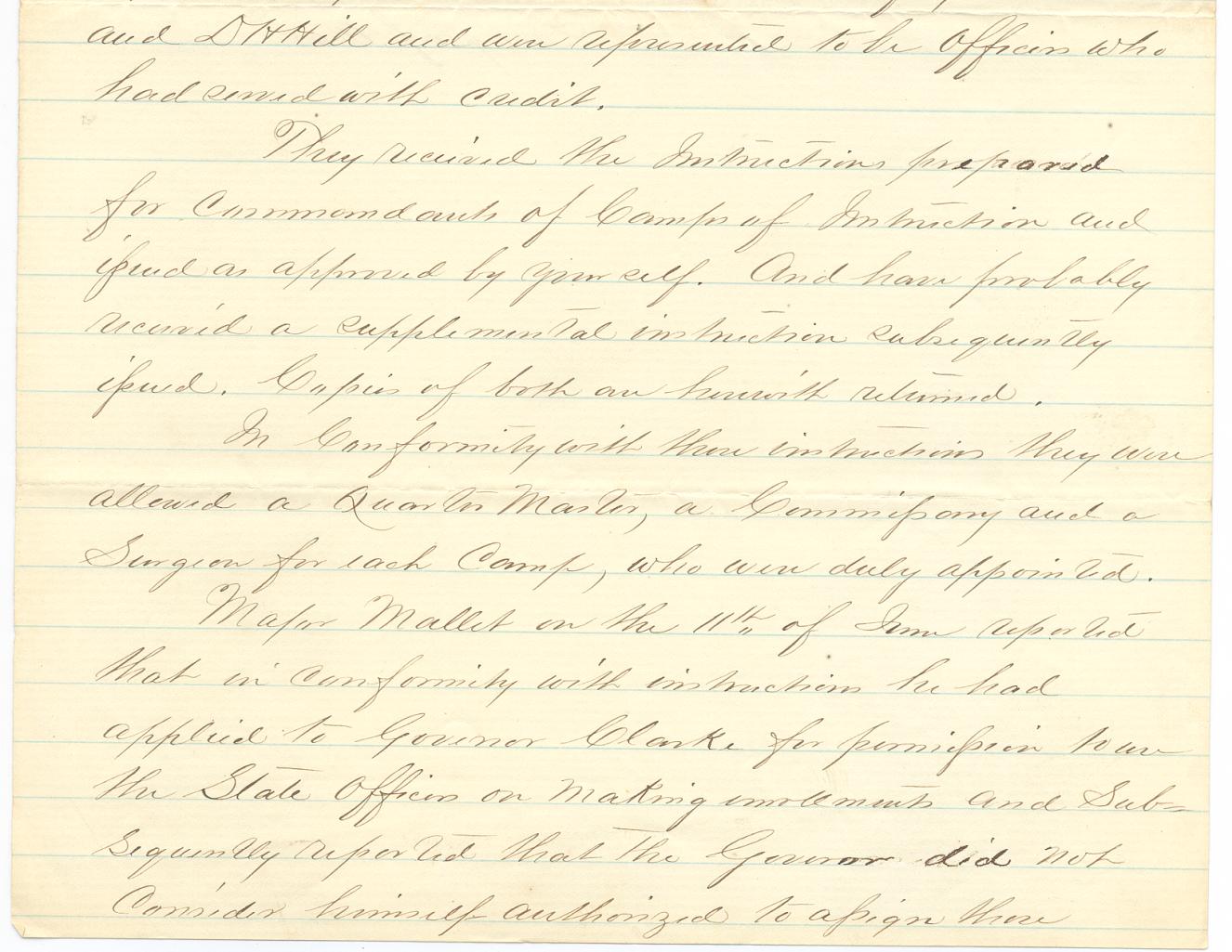 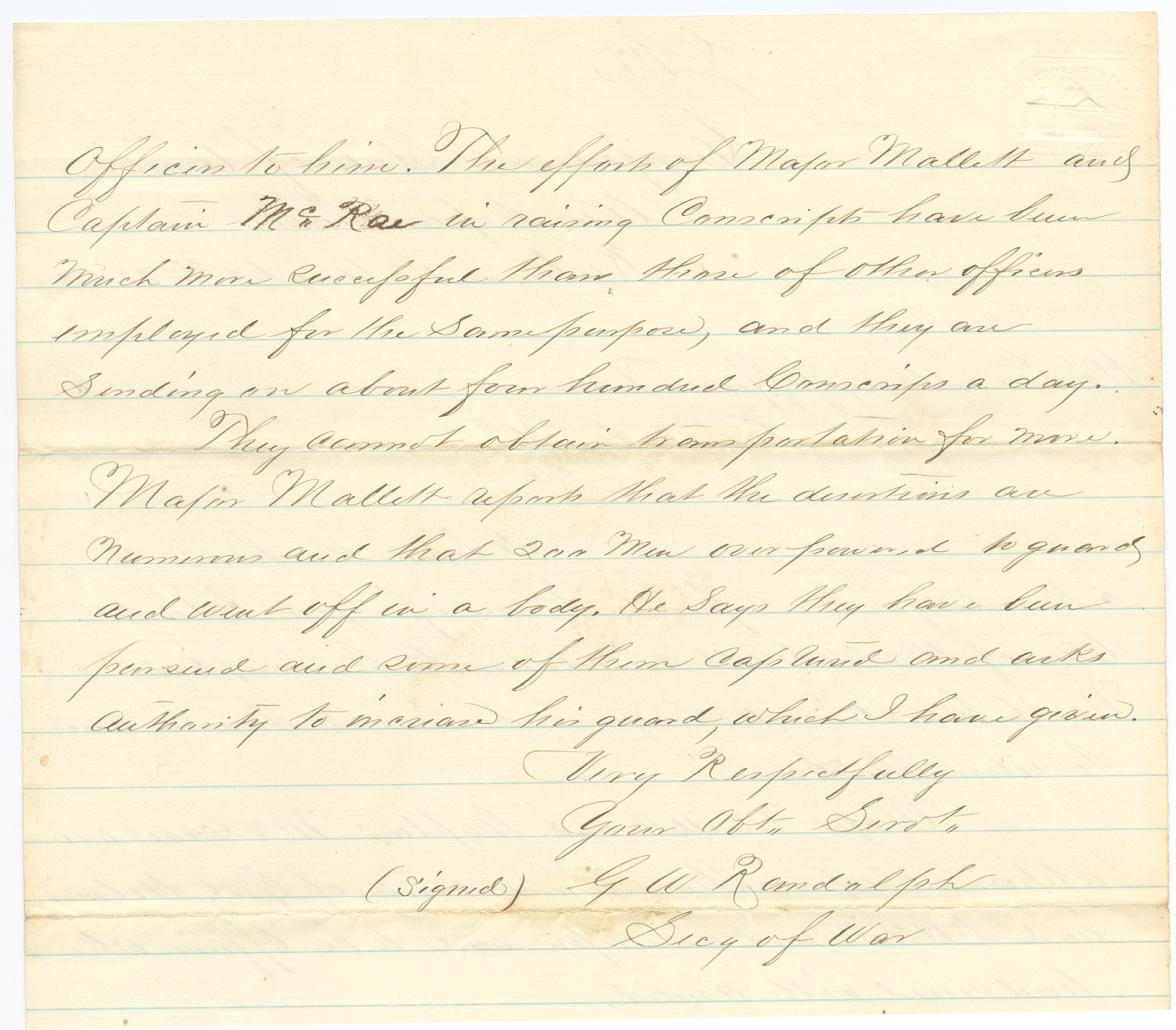 I have the honor to acknowledge the reference to me of Gov. Clark’s letter of the 21st ult. in relation to conscripts in North Carolina, with your endorsement [?] and to return the same.

Major Mallett and Captain McCrae were appointed upon the recommendation of Genl. Holmes and D.H. Hill and were [represented?] the officers who had served with credit.

They received the instructions prepared for commandants of Camp of Instruction and issued as approved by yourself. And have probably received a supplemental instruction subsequently issued. Copies of both are herewith returned.

In conformity with these instructions they were allowed a Quarter Master, a Commissary and a Surgeon for each Camp, who were duly appointed.

Major Mallet on the 11th of June reported that in conformity with instructions he had applied to Governor Clarke for permission to [?] the State officers on making enrollments and subsequently reported that the Governor did not consider himself authorized to assign those [offices?] to him. The efforts of Major Mallett and Captain McRae in raising conscripts have been much more successful than those of other officers employed for the same purpose, and they are sending on about four hundred conscripts a day.

They cannot obtain transportation for more. Major Mallett reports that the desertions are numerous and that 200 men overpowered 10 guards and went off in a body. He says they have been pursued and some of them captured and asks authority to increase his guard, which I have given.