17 August 1862: “The state of my health renders it absolutely necessary that I should rest at home as long as possible before the inauguration.”

Posted on 17 Aug ’12 by Biff Hollingsworth

Item description: Letter, 17 August 1862, from Governor-elect Zebulon B. Vance to former North Carolina governor, William A. Graham (governor from 1845 to 1849).

Vance was elected in August 1862, running as the candidate from the Conservative Party. His victory over Confederate Party candidate William Johnston represents one the the largest majorities in North Carolina election history. Vance received 54,423 of the total 74,871 votes from across the state (including an overwhelming majority of the votes from soldiers in the Confederate Army).

In this letter, Vance notes that he is retreating to Asheville to convalesce for two weeks, in preparation for his September inauguration ceremony in Raleigh. Vance requests Graham’s assistance with his inaugural address. 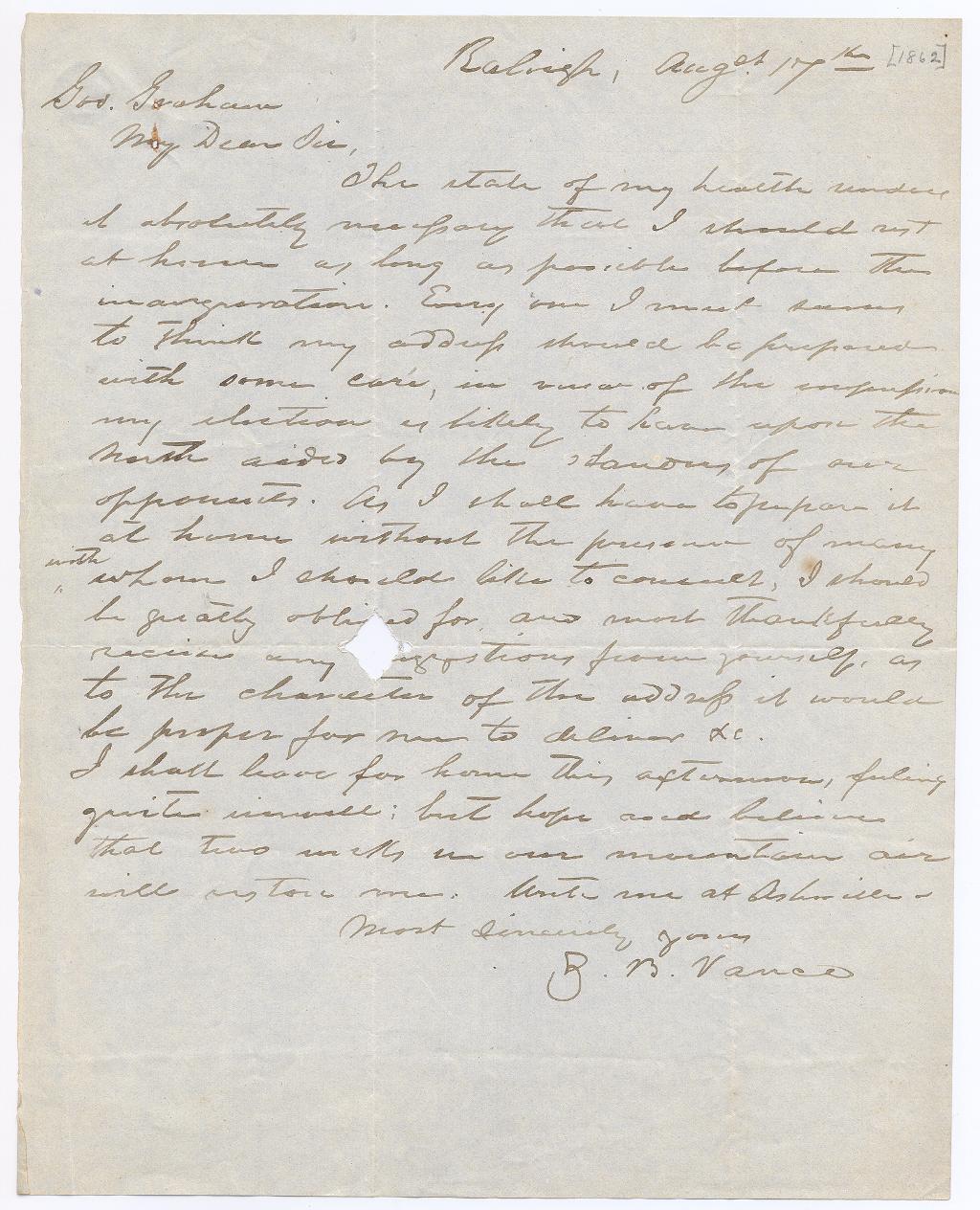 The state of my health renders it absolutely necessary that I should rest at home as long as possible before the inauguration. Every one I meet seems to think my address should be prepared with some care, in [view?] of the [confusion?] my election is likely to have upon the North aided by the [slanders?] of our opponents. As I shall have to prepare it at home without the presence of many with whom I should like to consult, I should be greatly obliged for, and most thankfully receive any suggestions from yourself, as to the character of the address it would be proper for me to deliver, &c.

I shall leave for home this afternoon, feeling quite unwell; but hope and believe that two weeks in our mountain air will restore me. Write me at Asheville.

Most sincerely yours,
Z.B. Vance