24 August 1862: “My expedition is something like Cortez. I have burnt my ships behind me and thrown myself boldly into the enemy’s country…”

Posted on 24 Aug ’12 by Biff Hollingsworth

Item description: Letter, dated 24 August 1862, from Gen. Edmund Kirby-Smith to his wife Cassie Selden Kirby-Smith. At the time of the letter, Kirby-Smith was commanding the Army of East Tennessee in the invasion of Kentucky.  The invasion, led by Kirby-Smith and Gen. Braxton Bragg, was a series of movements meant to draw the border state of Kentucky into the Confederate States. Confederate forces scored several early victories in the campaign, including a victory at the Battle of Richmond (Ky.), but were ultimately stopped at the decisive Battle of Perryville (8 October 1862). 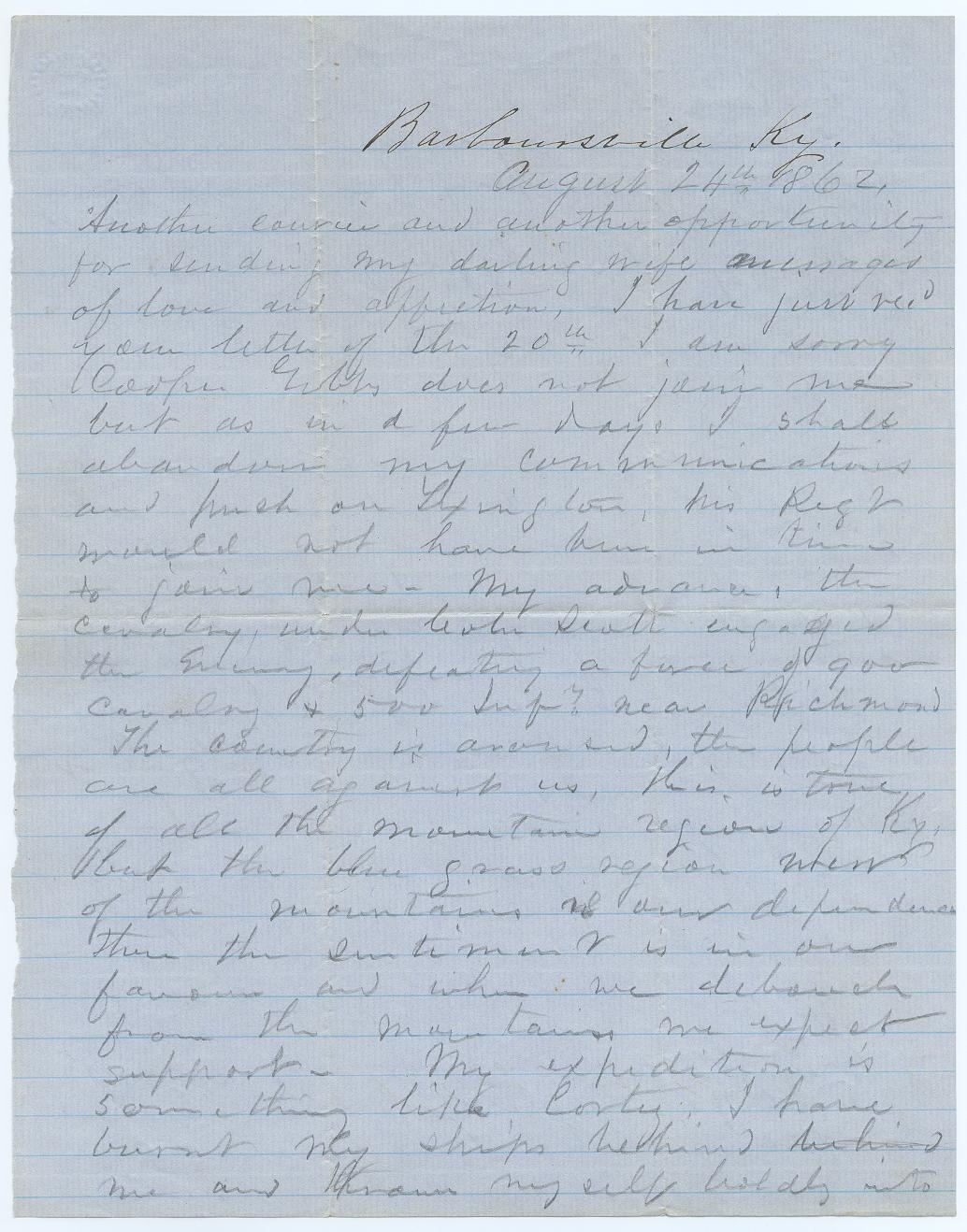 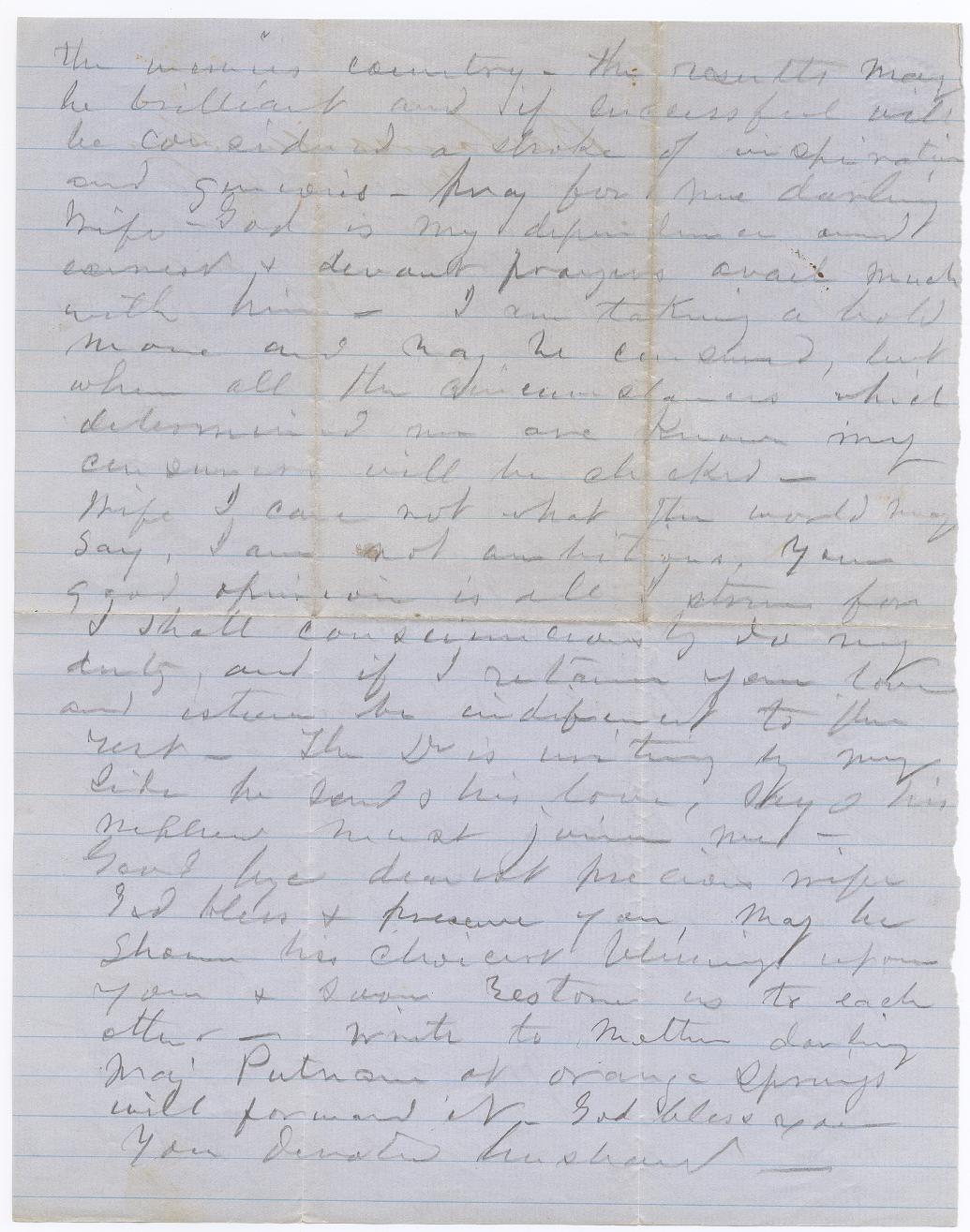 Another [courier?] and another opportunity for sending my darling wife messages of love and affection. I have just rec’d. your letter of the 20th. I am sorry Cooper [Gibbes?] does not join me but as in a few days I shall abandon my communications and push on Lexington, his Regt. would not have him in time to join me. My advance, the cavalry, under Coln. [Scott?] engaged the enemy, defeating a force of 900 cavalry & 500 Inf.y. near Richmond.

The country is aroused, the people are all against us, this is true of all the mountain region of Ky. but the blue grass region [west?] of the mountains is our dependence there the sentiment is in our favour and when we [debauch?] from the mountains, we expect support. My expedition is something like Cortez. I have burnt my ships behind me and thrown myself boldly into the enemy’s country, the results may be brilliant and if successful will be considered a stroke of inspiration and genious. pray for me darling wife. God is my [dependence?] and earnest & devout prayers avail much with him. I am taking a bold move and may be [cursed?], but when all the circumstances which determined [me?] are known my [censurers?] will be [checked?].

Wife I care not what the world may say. I am not ambitious. Your good opinion is all I strive for. I shall conscienciously do my duty and if I retain your love and esteem, be indiferent to the rest. The Dr. is writing by my side he sends his love, says his nephew must join me. Good bye dearest precious wife God bless & preserve you, may he show his choicest blessing upon you & soon restore us to each other. Write to mother darling Maj. Putnam of Orange Springs will forward it. God bless you.