27 August 1862: “I was not afraid, slept with the doors open. the pickets with the guns at the street corners seemed protection for me.”

Posted on 27 Aug ’12 by Biff Hollingsworth

Mahala was in Vicksburg during its occupation by Union forces and continued to reside there throughout her life. She was very much involved in the social life of Vicksburg and was visited frequently by many members of the community. Roach’s 1862 diary documents the shelling of Vicksburg by Federal gunboats, the family’s temporary departure from their home, their subsequent return and further military action around the city. 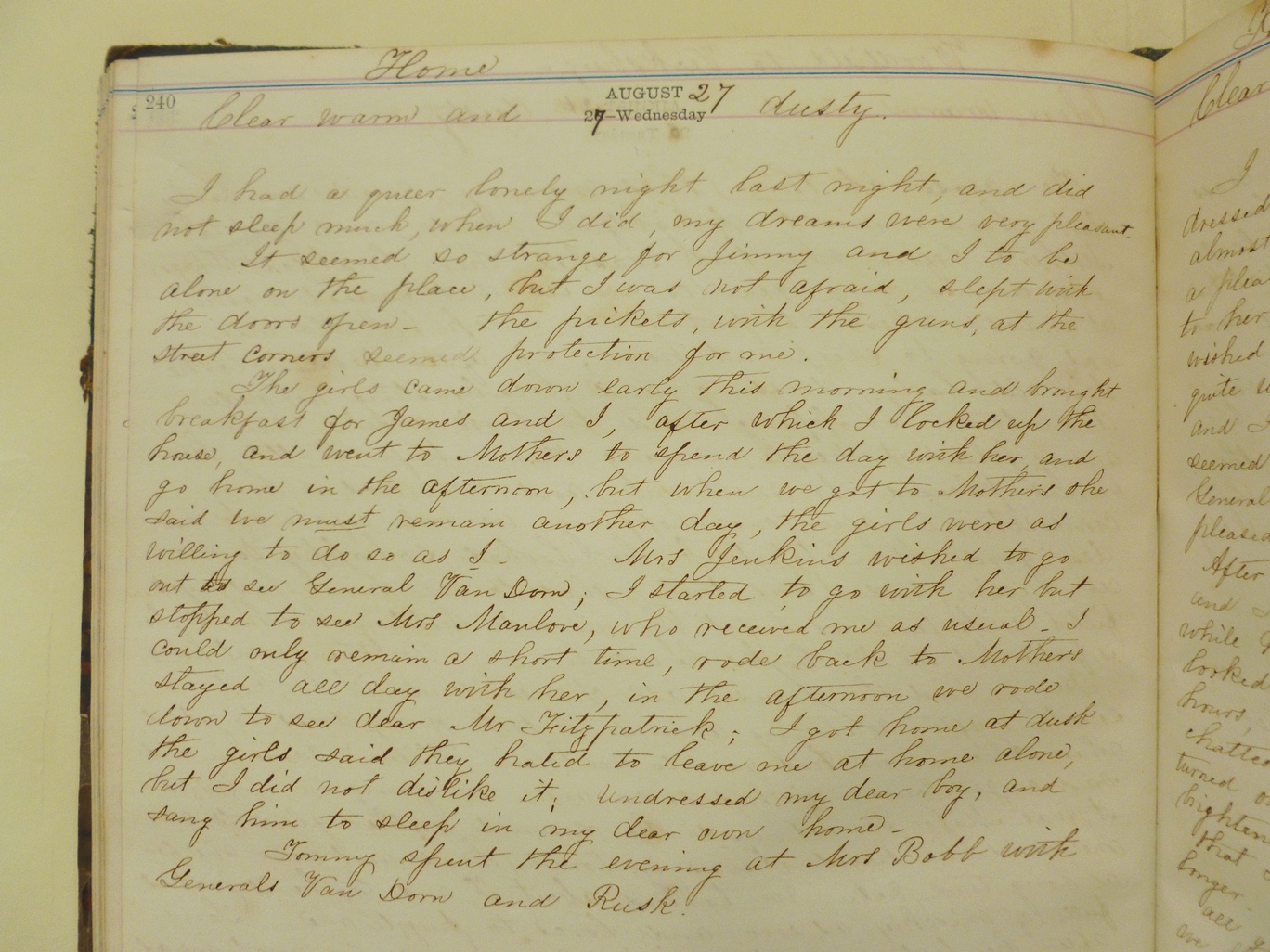 Item citation: From volume 9 in folder 16 of the Roach and Eggleston Family Papers #2614, Southern Historical Collection, The Wilson Library, University of North Carolina at Chapel Hill.

I had a queer lonely night last night, and did not sleep much, when I did, my dreams were very pleasant.

It seemed so strange for Jimmy and I to be alone on the place, but I was not afraid, slept with the doors open. the pickets with the guns at the street corners seemed protection for me.

The girls came down early this morning and brought breakfast for James and I, after which I locked up the house, and went to Mothers to spend the day with her and go home in the afternoon, but when we got to Mothers she said we must remain another day, the girls were as willing to do so as I.

Mrs. Jenkins wished to go out to see General Van Dorn, I started to go with her but stopped to see Mrs. Manlove, who received me as usual. I could only remain a short time, rode back to Mothers stayed all day with her, in the afternoon we rode down to see dear Mr. Fitzpatrick; I got home at dusk the girls said they hated to leave me at home alone, but I did not dislike it, undressed my dear boy, and sang him to sleep in my dear own home.

Tommy spent the evening at Mrs. Bobb with Generals Van Dorn and Rusk.