3 September 1862: “The paper of the counterfeit is whiter, stiffer, and better than the genuine.”

Posted on 3 Sep ’12 by Biff Hollingsworth

Item description: Article, “Counterfeit Confederate Notes,” from the 3 September 1862 issue of the Wilmington (N.C.) Daily Journal. The article provides “tests for distinguishing the genuine notes… from the spurious.” 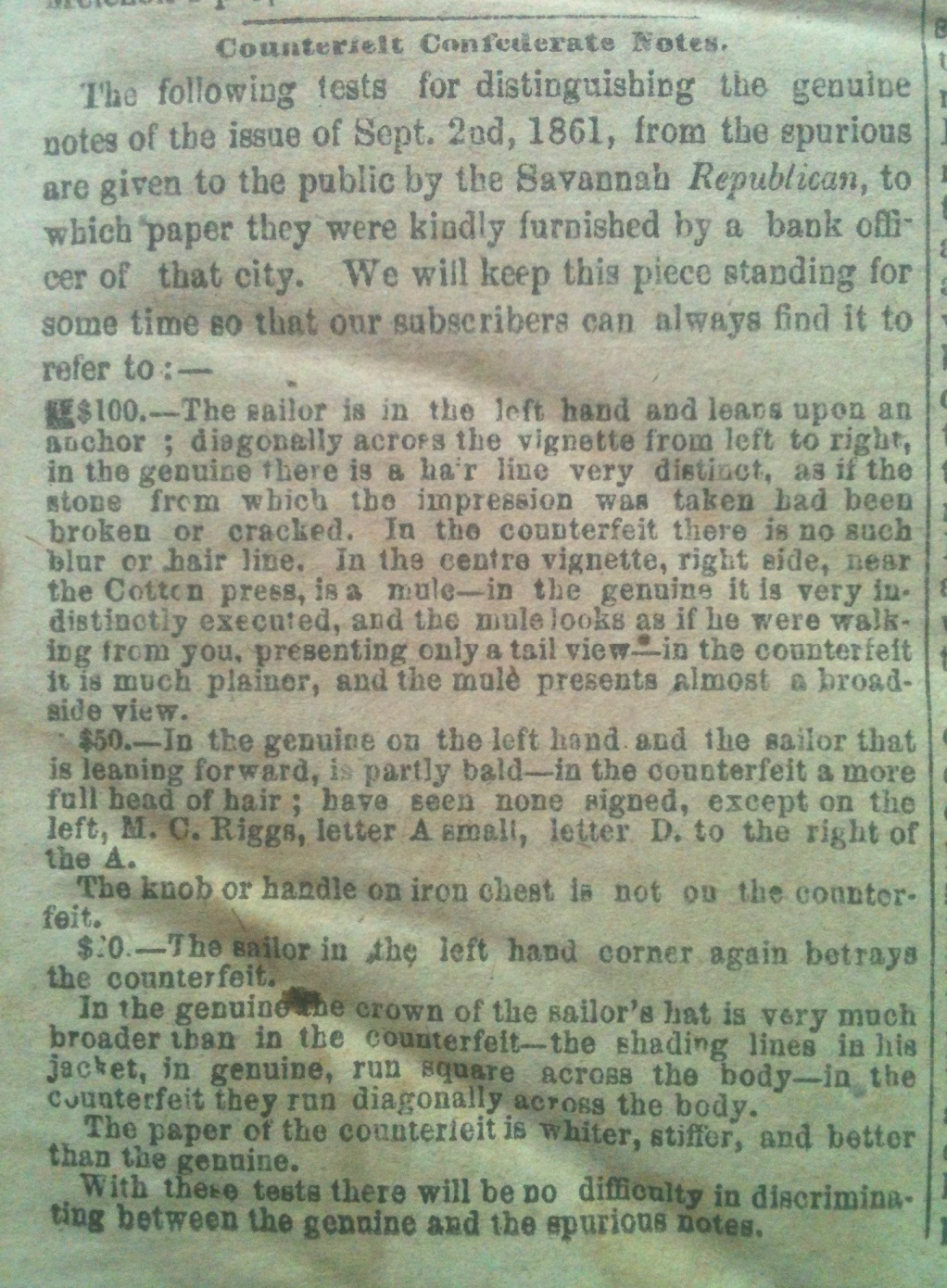 The following tests for distinguishing the genuine notes of the issue of Sept. 2nd, 1862, from the spurious are given to the public by the Savannah Republican, to which paper they were kindly furnished by a bank officer of that city. We will keep this piece standing for some time so that our subscribers can always find it to refer to: —

* $100.– The sailor is in the left hand and leans upon an anchor; diagonally across the vignette from left to right, in the genuine there is a hair line very distinct, as if the stone from which the impression was taken had been broken or cracked. In the counterfeit there is no such blur or hair line. In the centre vignette, right side, near the Cotton press, is a mule — in the genuine it is very indistinctly executed, and the mule looks as if he were walking from you, presenting only a tail view — in the counterfeit it is much plainer, and the mule presents almost a broadside view.

$50.– In the genuine on the left hand and the sailor that is leaning forward, is partly bald — in the counterfeit a more full head of hair; have seen none signed, except on the left, M.C. Riggs, letter A small, letter D. to the right of the A.

The knob or handle on iron chest is not on the counterfeit.

$20– The sailor in the left hand corner again betrays the counterfeit.

The paper of the counterfeit is whiter, stiffer, and better than the genuine.

With these tests there will be no difficulty in discriminating between the genuine and the spurious notes.