19 September 1862: “O what terrible fighting they are having in Maryland for the last five days…” 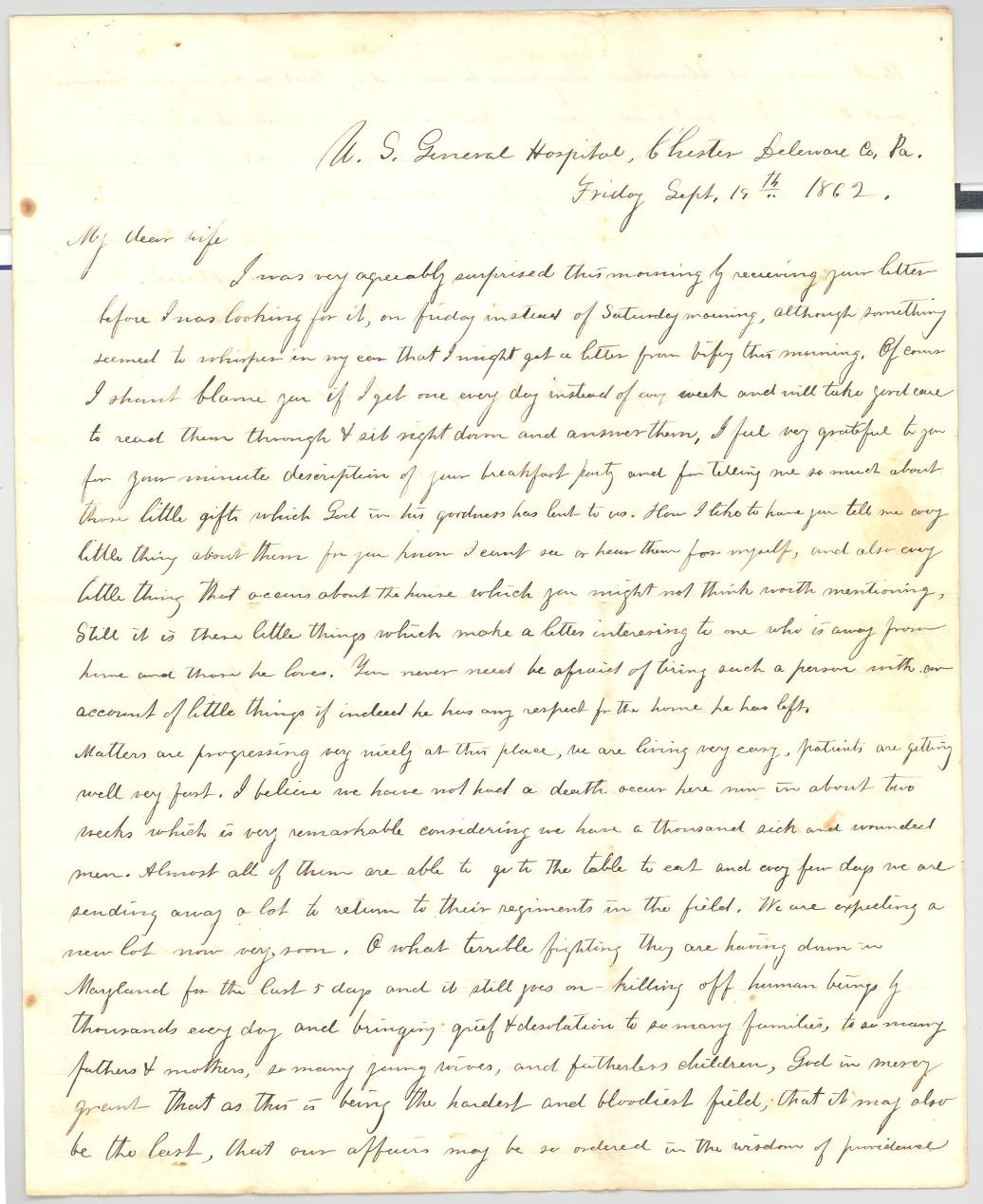 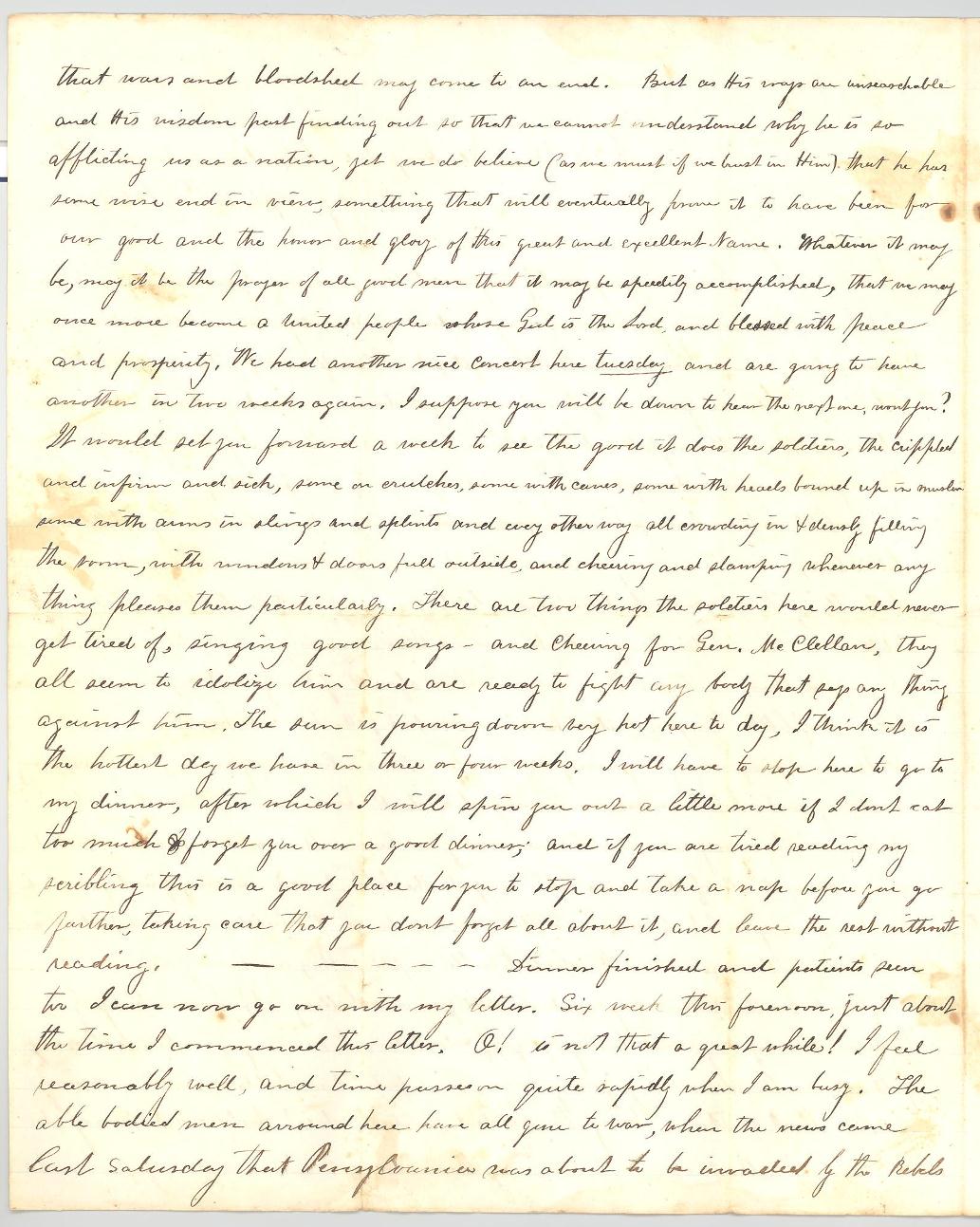 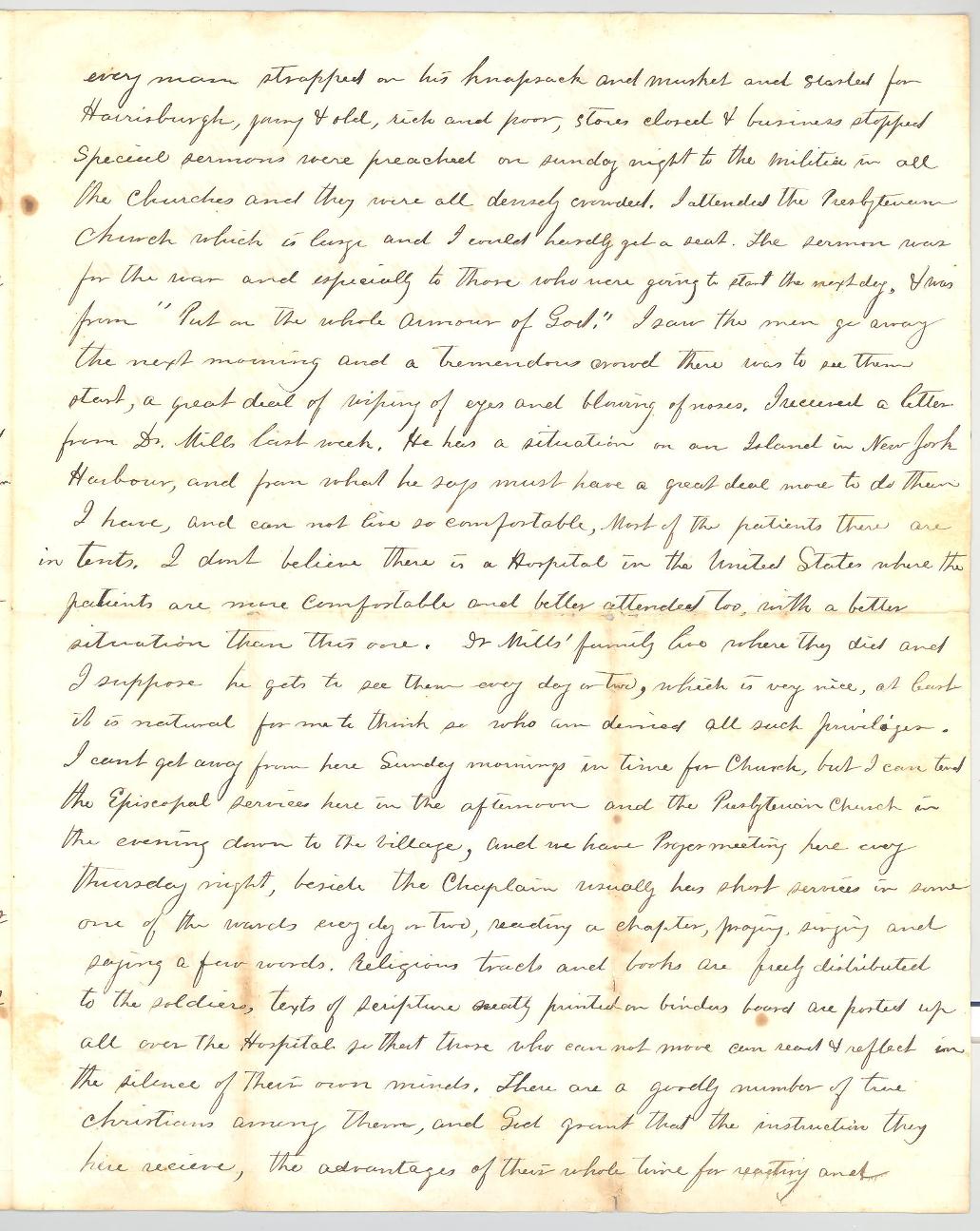 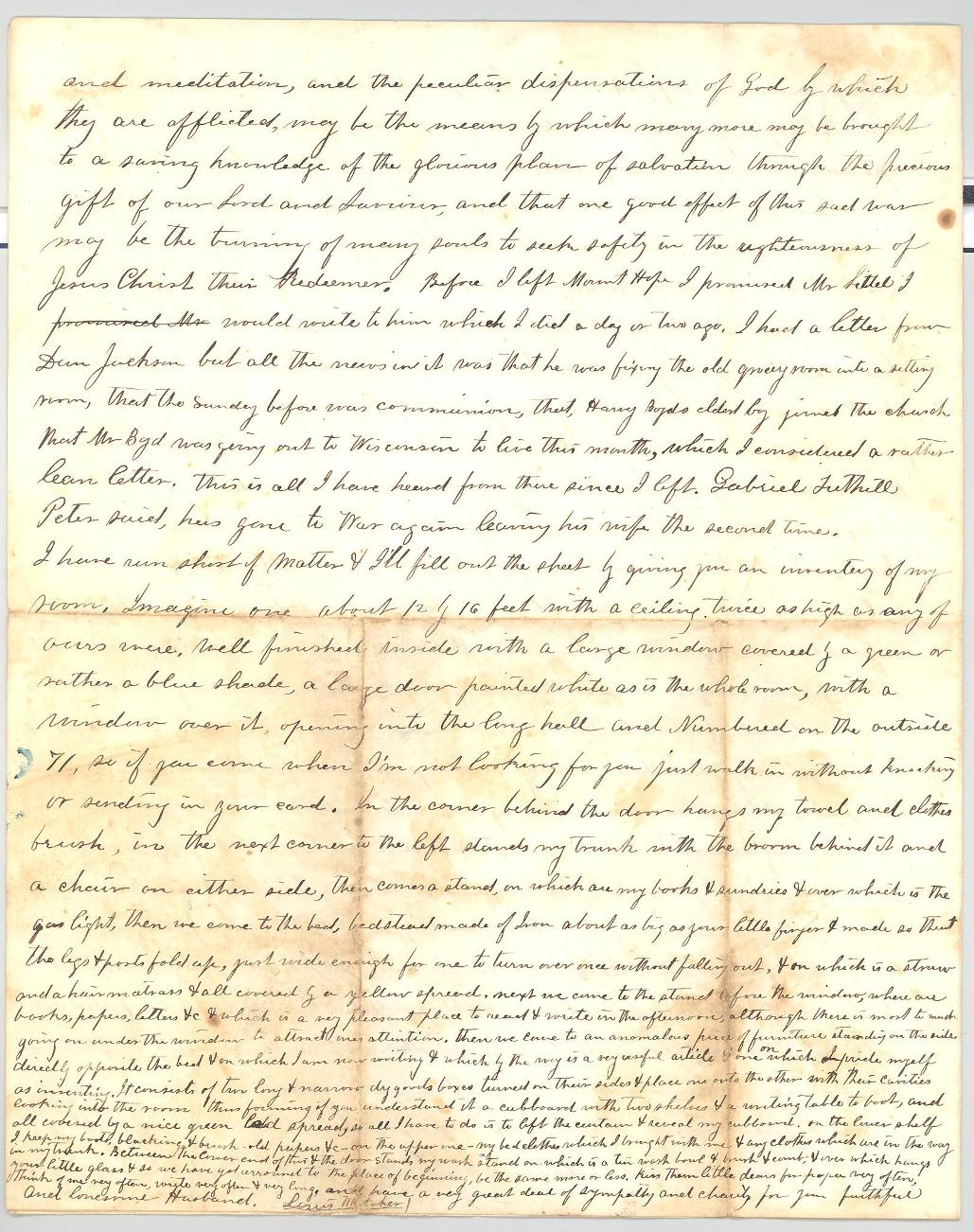 I was very agreeably surprised this morning by receiving your letter before I was looking for it, on Friday instead of Saturday morning, although something seemed to whisper in my ear that I might get a letter from wifey this morning. Of course I shant blame you if I get one every day instead of every week and will take good care to read them through & sit right down and answer them, I feel very grateful to you for your minute description of your breakfast party and for telling me so much about those little gifts which God in his goodness has lent to us. How I like to have you tell me every little thing about them for you know I cant see or hear them for myself, and also every little thing that occurs about the time which you might not think worth mentioning, still it is these little things which make a letter interesting to one who is away from home and those he loves. You never need be afraid of tiring such a person with an account of little things if indeed he has any respect for the home he has left.

I have run short of matter & I’ll fill out the sheet by giving you an inventory of my room. Imagine one about 12 by 16 feet with a ceiling, twice as high as any of ours were, well furnished inside with a large window covered by a green  or blue shade, a large door painted white as is the whole room, with a window over it, opening into the large hall and numbered on the outside 71, so if you come when I’m not looking for you just walk in without knocking or sending in your card. In the corner behind the door hangs my towel and clothes brush, in the next corner to the left stands my trunk with the broom behind it and a chair on either side, then comes a stand, on which are my books & sundries & over which is the gas light, then we come to the bed, bedstead made of iron about as big as your little finger & made so that the legs & posts fold up, just wide enough for me to turn over once without falling out, & on which a straw and a hair matrass & all covered by a yellow spread, next we come to the stand before the window, where are books, papers, letters &c & which is a very pleasant place to read & write in the afternoon, although there is [?] going on under the window to attract ones attention. Then we come to an anomalous piece of furniture standing on the side directly opposite the bed & on which I am now writing & which by the way is a very useful article, one on which I pride myself as inventing. It consists of two long & narrow dry goods boxes turned on their sides & place one onto the other with their cavities looking into the room, thus forming if you understand it a cupboard with two shelves & a writing table to boot, and all covered by a nice green [?] spread, as all I have to do is to lift the curtain & reveal my cupboard, on the lower shelf I keep my boots, blacking & brush, old papers &c – on the upper one – my bed clothes which I brought with me & any clothes which are in the way in my trunk. Between the lower end of this & the door stands my wash stand on which is a tin wash bowl & brush & comb & over which hangs your little glass & so we have got arround to the place of beginning, be the same more or less. Kiss them little dears for papa very often, think of me often, write very often & very long, and have a very great deal of sympathy and charity for your faithful and lonesome husband.