2 October 1862: “Their is act past in this state for one fourth of the negros to go to charleston by the 10th of this month to bild fortifications and stay 30 days.”

Item description: Letter dated 2 October 1862 from A. M. Wallace, the overseer at a plantation near Gaston and Lincoln counties, N.C., to William A. Graham. Wallace sought Graham’s advice on several matters. He wanted guidance on how to manage Jack, a slave who had run away and was captured with stolen leather on his person, and Frank, another slave in trouble with the law who was staying out of sight until Graham returned to guarantee him a fair trial. Wallace asked Graham to come to the farm to settle these concerns, as well as to advise on sending slaves to work on fortifications in Charleston, per the act that would be ratified by the North Carolina General Assembly later that year. 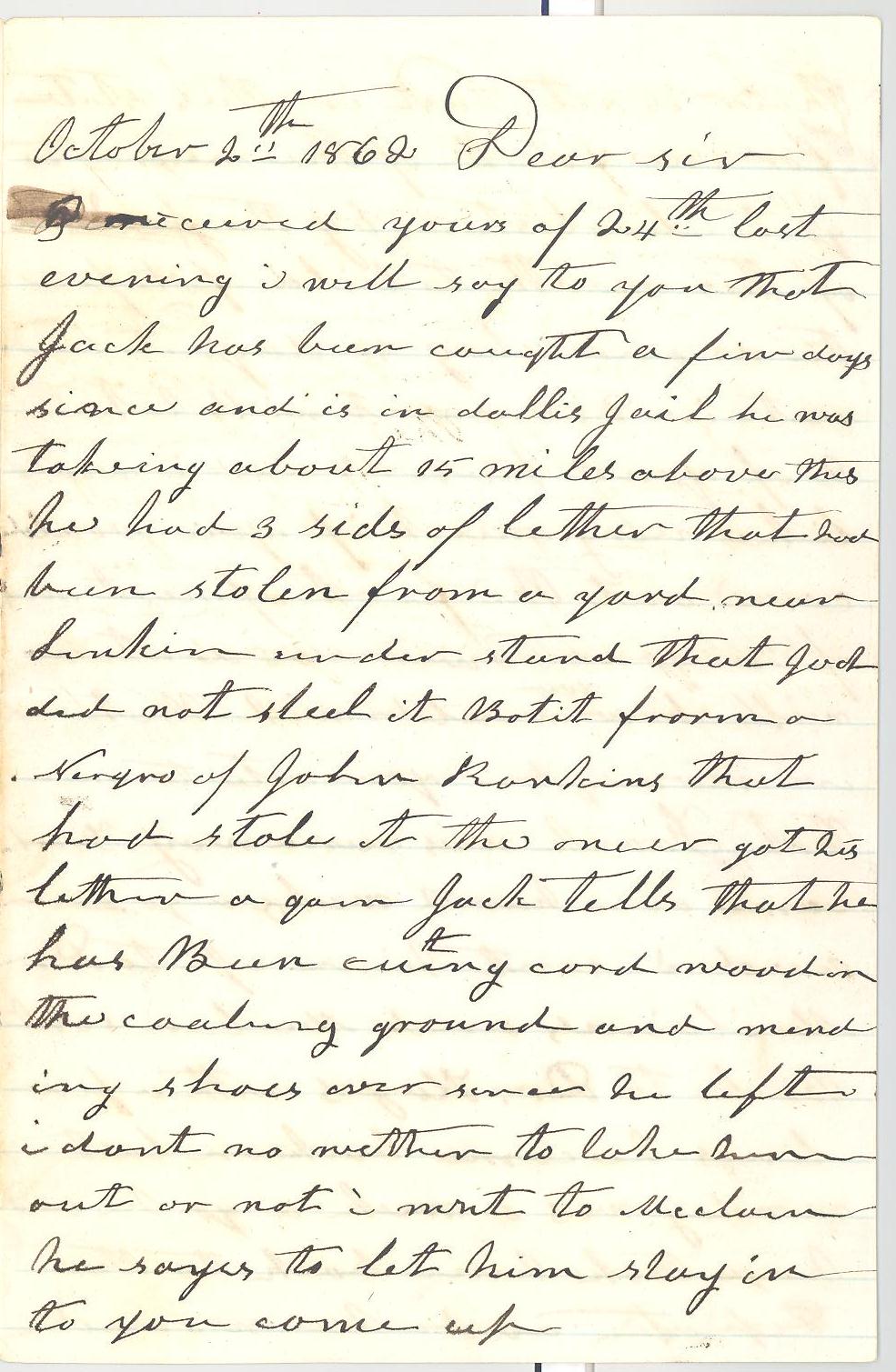 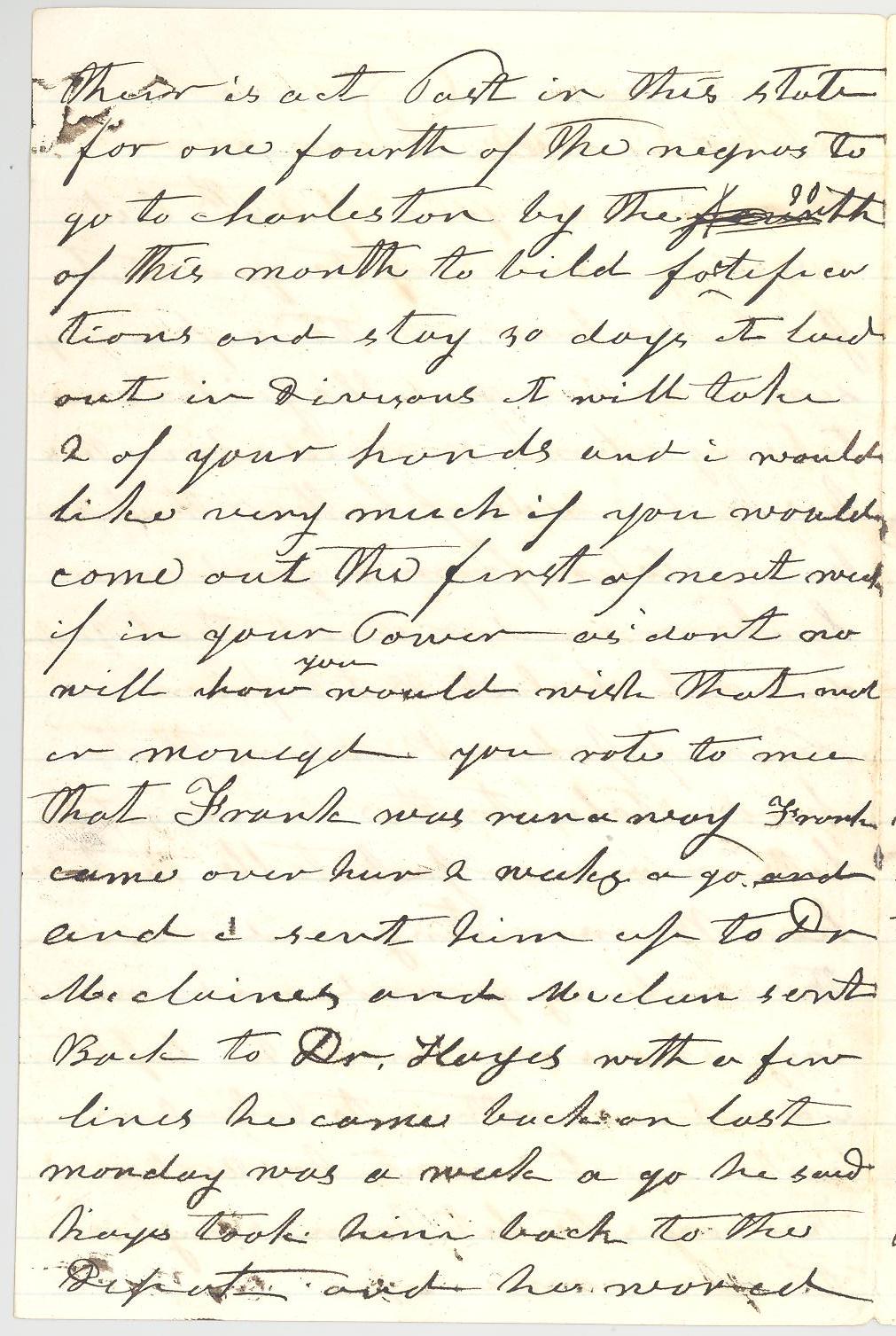 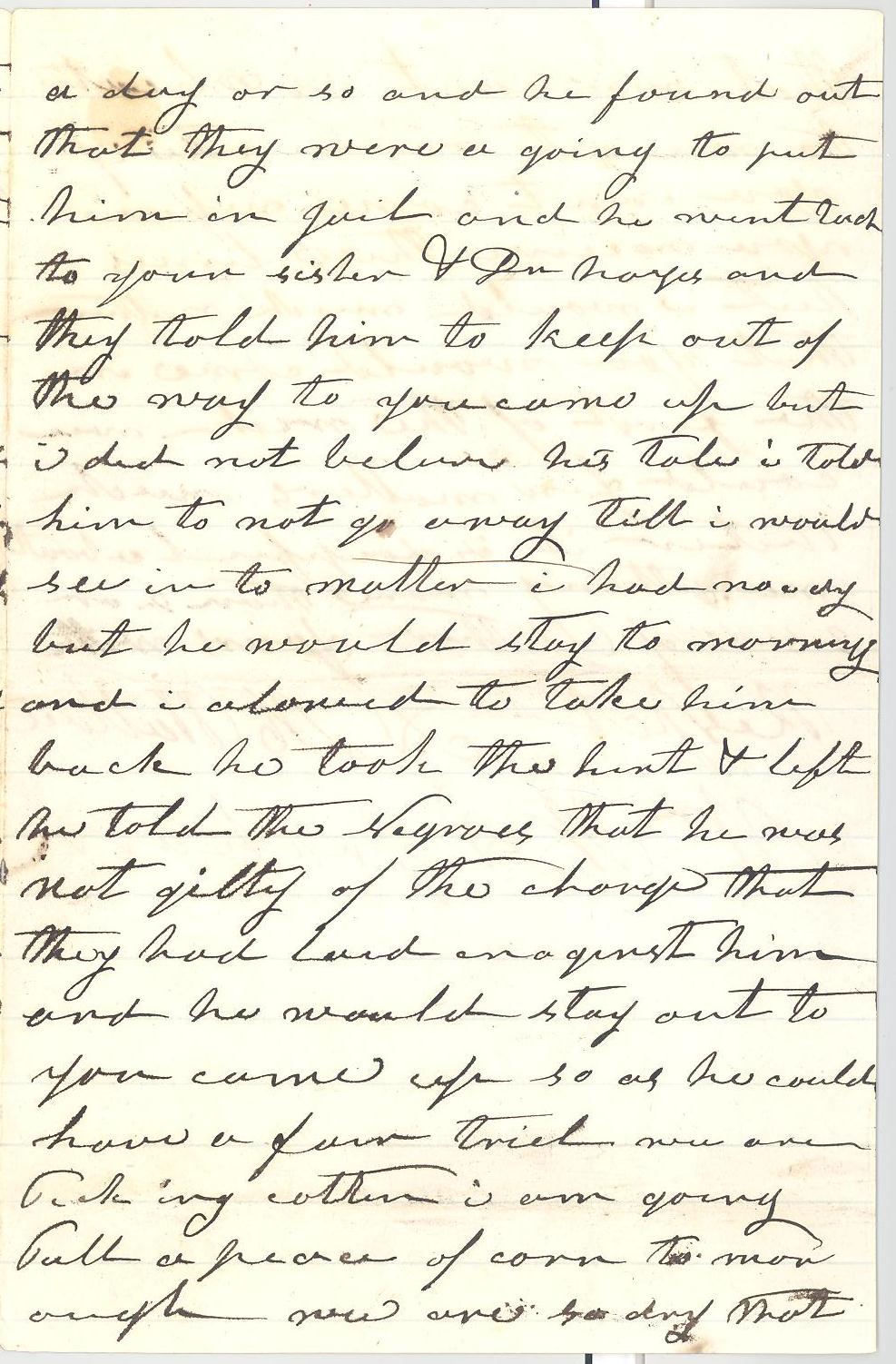 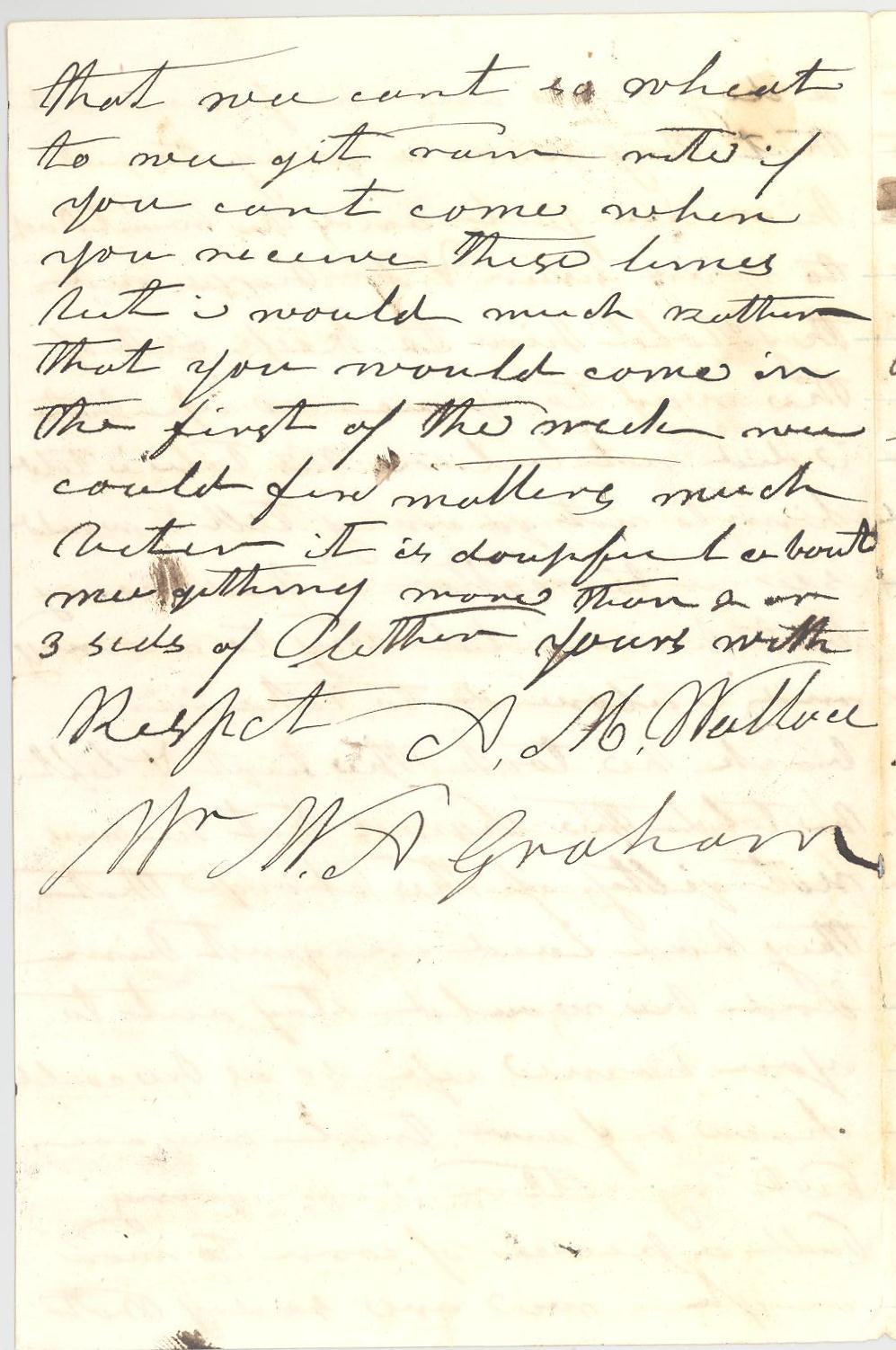 Their is act past in this state for one fourth of the negros to go to charleston by the 10th of this month to bild fortifications and stay 30 days it laid out in divisons it will take 2 of your hands and i would like very much if you would come out the first of next week if in your Power as i dont no will how you would wish that matter manegd you rote to me that Frank was runaway Frank came over heer 2 weeks a go and i sent him up to Dr Mcclaines and Mcclain sent back to Dr. Hayes with a few lines he came back on last monday was a week a go he said hayes took him back to the Depot and he worked a day or so and he found out that they were a going to put him in Jail and he went back to your sister & Dr hayes and they told him to keep out of the way to you came up but i did not believe his tale i told him to not go away till i would see in to matter i had no way but he would stay to morning and i alowed to take him back he took the hint & left he told the Negroes that he was not gilty of the charge that they had laid on aginst him and he would stay out to you came up so as he could have a fair triel we are picking cotten i am going Pull a peace of corn to morough now are so day that that we cant so wheat to we git rain  rite if you cant come when you receive these lines but i would much rather that you would come in the first of the week we could fix matters much beter it is doubful about me getting more than 2 or 3 sids of lether Yours with Respect