8 November 1862: “I would like to know whether a man that volunteers and receives Bounty, and hires a substitute will have to pay back this bounty or not.”

Posted on 8 Nov ’12 by Biff Hollingsworth

Item description: Letter, 8 November 1862, from L.H. Mewborn to William A. Graham. Mewborn asks Graham for advice on a legal matter, namely whether or not he will have to repay the Confederate government the bounty pay he received for enlisting, now that he has now hired a substitute. 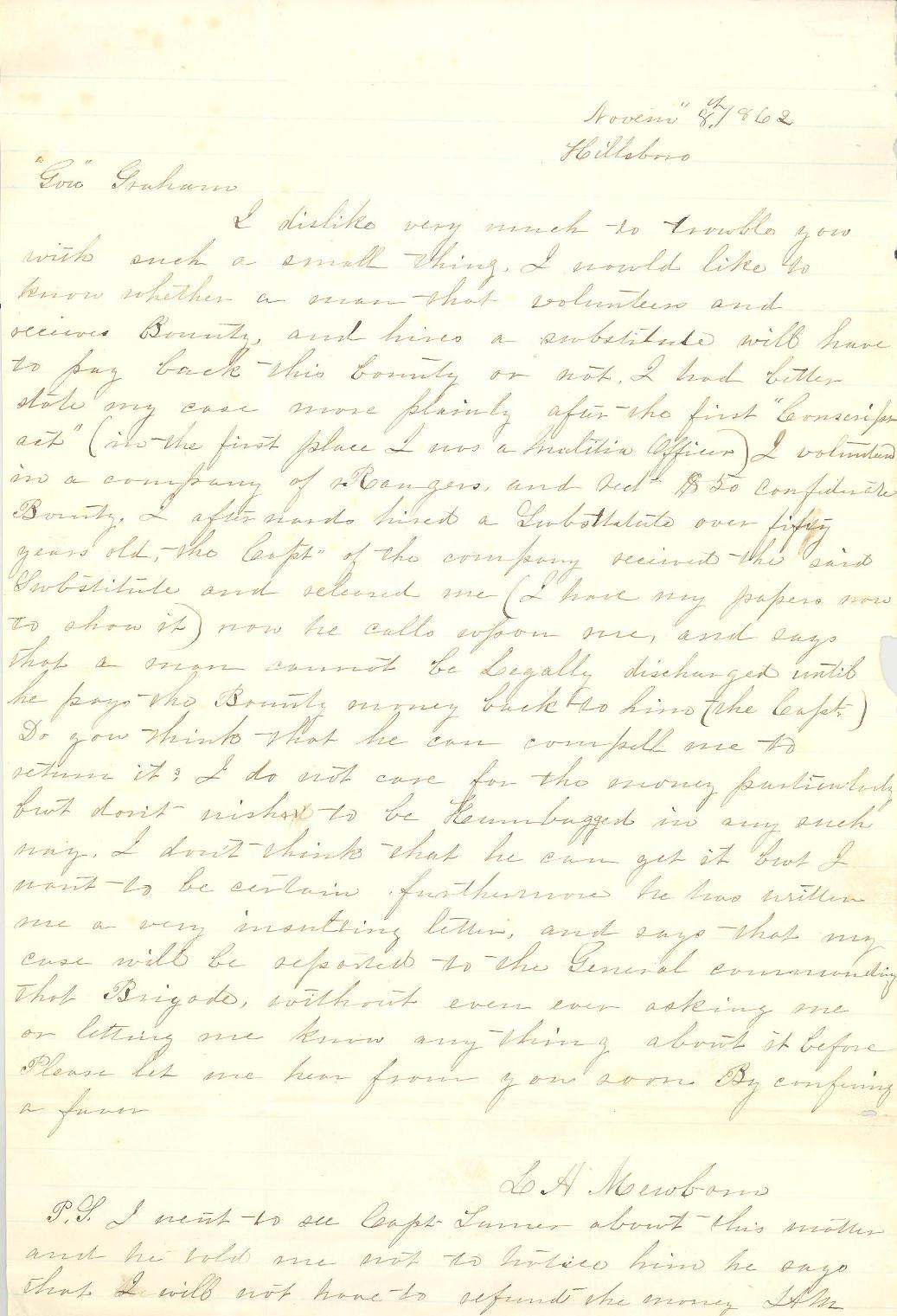 I dislike very much to trouble you with such a small thing. I would like to know whether a man that volunteers and receives Bounty, and hires a substitute will have to pay back this bounty or not. I had better state my case more plainly after the first “Conscript Act” (in the first place I was a militia officer) I volunteered in a company of Rangers, and recd. $50 Confederate Bounty. I afterwards hired a substitute over fifty years old, the Capt. of the company received the said substitute and released me (I have my papers now to show it) now he calls upon me, and says that a man cannot be legally discharged until he pays the Bounty money back to him (the Capt.). Do you think that he can compell me to return it? I do not care for the money particularly but don’t wish to be Humbugged in any such way. I don’t think that he can get it but I want to be certain furthermore he has written me a very insulting letter, and says that my case will be reported to the General commanding or letting me know any thing about it before. Please let me hear from you soon By conferring a favor.

P.S. I went to see Capt. [?] about this matter and he told me not to notice him he says that I will not have to refund the money LHM