Item description: Item description: Portions of “Leaves from a Diary Written While Serving in Co. E, 44 Mass., Dep’t of No. Carolina,” an account, written by John Jasper Wyeth of Co. E, of the experiences of the 44th Masachusetts Infantry Regiment. The book includes this letter written on 29 November 1862. 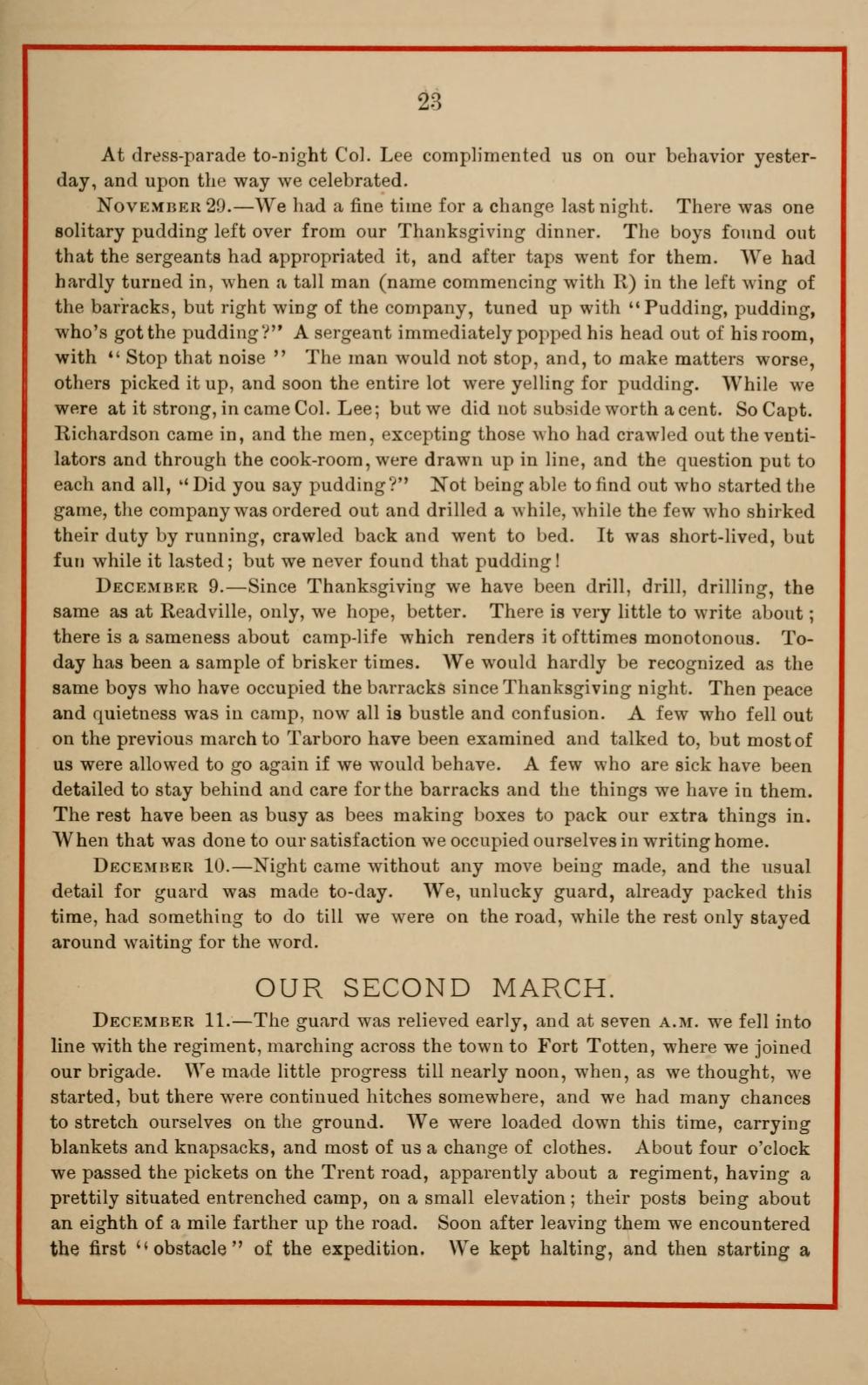 November 29. – We had a fine time for a change last night.  There was one solitary pudding left over from our Thanksgiving dinner.  The boys found out that the sergeants had appropriated it, and after taps went for them.  We had hardly turned in, when a tall man (name commencing with R) in the left wing of the barracks, but right wing of the company, tuned up with, “Pudding, pudding, who’s got the pudding?” A sergeant immediately popped his head out of his room, with “Stop that noise”  The man would not stop, and, to make matters worse, others picked it up, and soon the entire lot were yelling for pudding.  While we were at it strong, in came Col. Lee; but we did not subside worth a cent.  So Capt. Richardson came in, and the men, excepting those who crawled out the ventilators and through the cook-room, were drawn up in line, and the question put to each and all, “Did you say pudding?”  Not being able to find out who started the game, the company was ordered out and drilled a while, while the few who shirked their duty by running, crawled back and went to bed.  It was short-lived, but fun while it lasted; but we never found that pudding!