11 December 1862: “My family…have been…but temporarily provided for; and, unless I can give them my personal attention, they will necessarily be subjected to suffering and great inconvenience.

Item Description: Letter, dated 11 December 1862, to Thomas L. Clingman from Captain Charles C. Clark, 31st North Carolina Infantry, requesting a leave of absence that is eventually denied. Thomas Clingman served terms in both the United State House and Senate before the outbreak of the Civil War. In 1861 Clingman was commissioned as colonel of the 25th North Carolina Regiment and in 1862 was made brigadier general. He served primarily in eastern North Carolina and Virginia and took part in the Battle of Cold Harbor in Virginia near the end of the war. 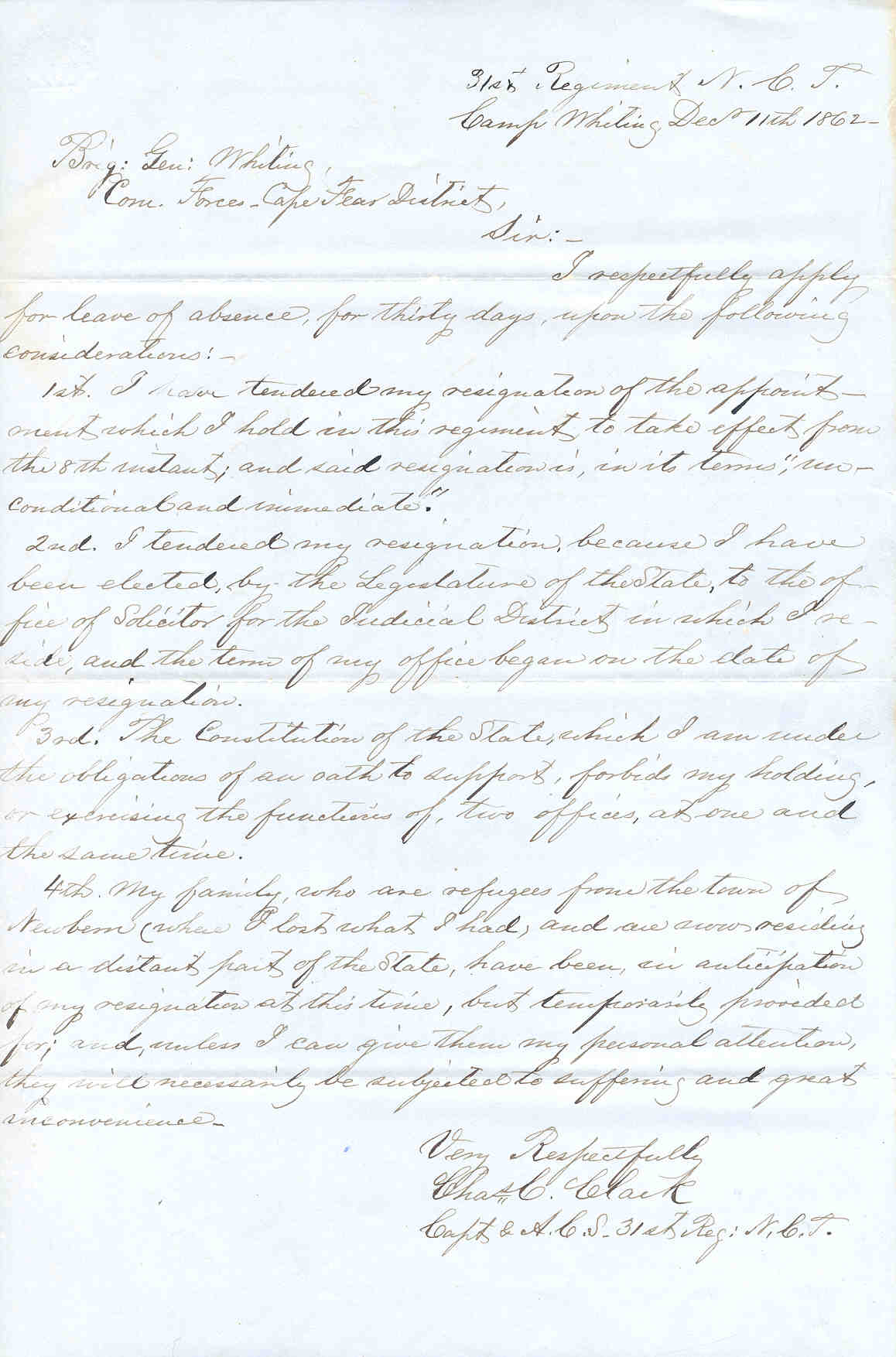 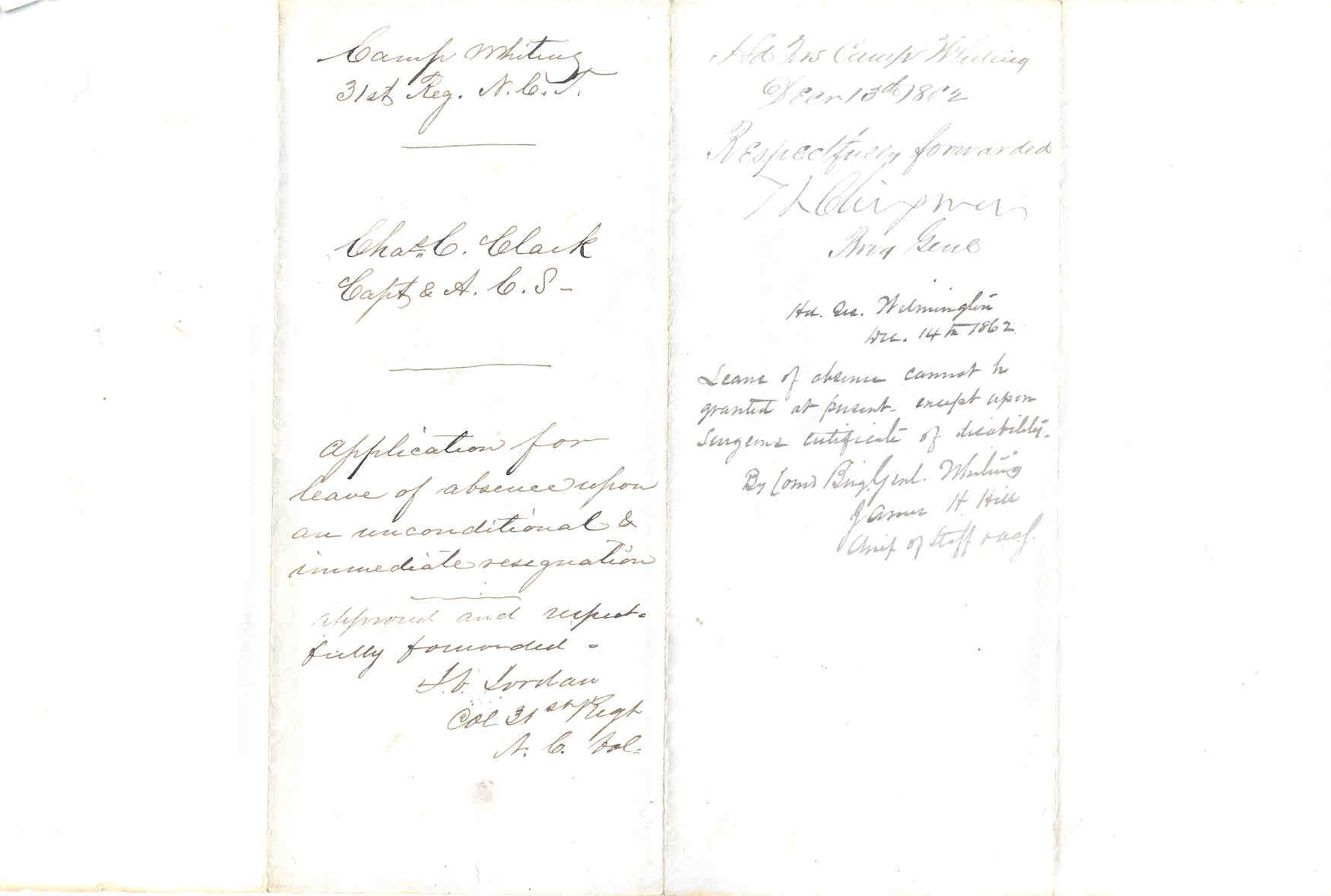 I respectfully apply for leave of absence, for thirty days, upon the following considerations:-

1st. I have tendered my resignation of the appointment which I hold in this regiment, to take effect from the 8th instant; and said resignation is, in its terms, “non-conditional and immediate.”

2nd. I tendered my resignation, because I have been elected, by the Legislature of the State, to the office of Solicitor for the Judicial District in which I reside, and the term of my office began on the date of my resignation.

3rd. The Constitution of the State, which I am under the obligations of an oath to support, forbids my holding, or exercising the functions of, two offices, at one and the same time.

4th. My family, who are refugees from the town of Newbern (where I lost what I had) and are now residing in a distant part of the State, have been, in anticipation of my resignation at this time, but temporarily provided for; and, unless I can give them my personal attention, they will necessarily be subjected to suffering and great inconvenience.

Application for leave of absence upon an unconditional & immediate resignation
_______________