Item Description: Letter, 20th December 1862, from George W. Harris, a sailor on the U.S.S. Richmond in the vicinity of New Orleans, LA, to his aunt in Philadelphia, PA. 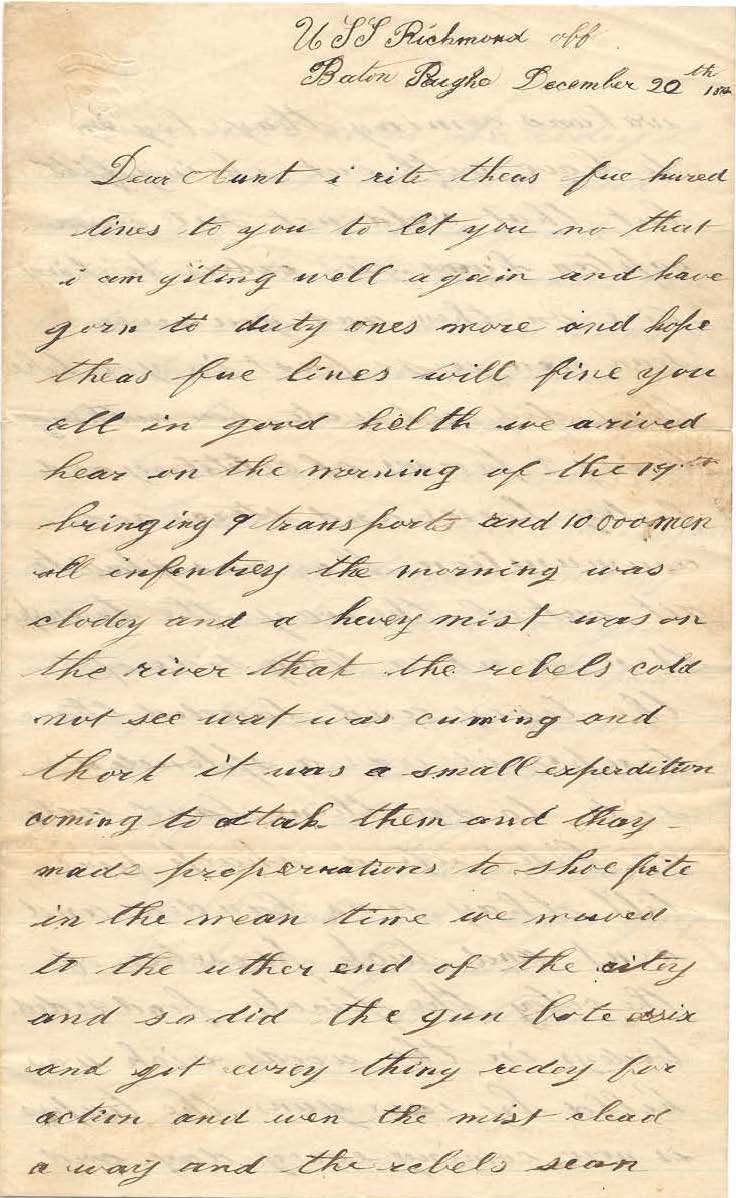 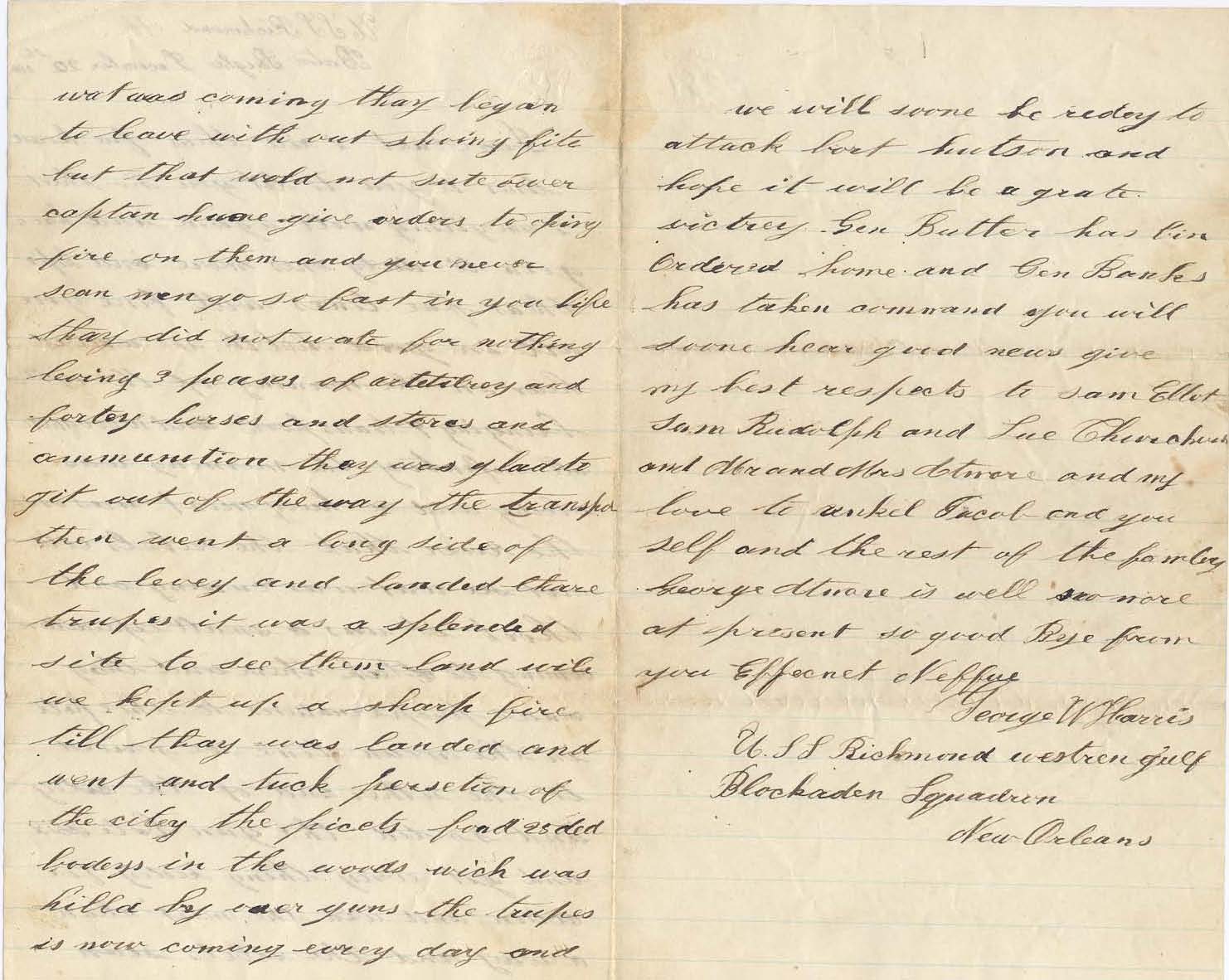 Dear Aunt i rite theas fue hured lines to you to let you no that i am giting well again and have gorn to duty ones more and hope theas fue lines will fine you all in good helth we arived hear on the morning of the 19th bringing 9 trans ports and 10000 men all infantrey the morning was clodey and a hevey mist was on the river that the rebels cold not see wat was cuming and thort it was a small experdition coming to attack them and thay made preperrations to shoe fite in the mean time we moved to the uther end of the citey and so did the gun bote essix and got every thing redey for action and wen the mist cleard a way and the rebels sean wat was coming thay began to leave with out shoing fight but that wold not sute ower captan [hue?] give orders to oping fire on them and you never sean men go so fast in your life thay did not wate for nothing leving 3 peases of artetilrey and fortey horses and stores and ammunition they was glad to git out of the way the transfer then went a long side of the levey and landed thare trupes it was a splended site to see them land wile we kept up a sharp fire till thay was landed and went and tuck persetion of the citey the picets fond 25 ded bodeys in the woods which was killed by ower guns the trupes is now coming every day and we will soone be redey to attack port hutson and hope it will be a grate victrey. Gen Butler has bin ordered home and Gen Banks has taken command you will soone hear good news give my best respects to sam Ellot Sam Rudolph and Lue [?]  and Mr and Mrs Atmore and my love to unkel Jacob and your self and the rest of the family George Atmore is well no more at present so good Bye from your effecnet Neffue