22 December 1862: “Mr. H. was absent from the final examination without permission. His general deportment has been good.”

Posted on 22 Dec ’12 by Biff Hollingsworth 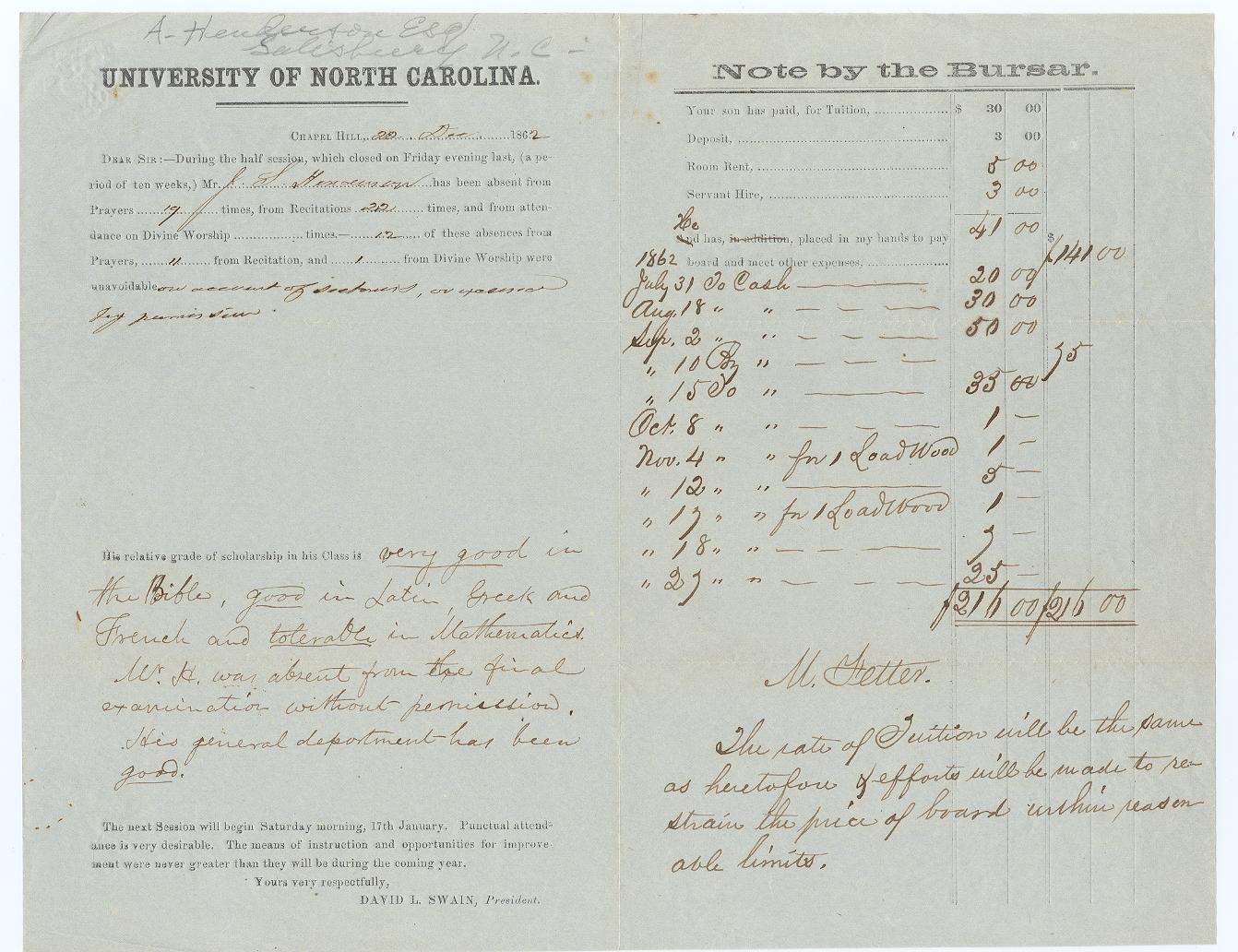 Chapel Hill, 22 Dec. 1862
DEAR SIR: — During the half session, which closed on Friday evening last, (a period of ten weeks,) Mr. J.S. Henderson has been absent from Prayers 19 times, from Recitations 22 times, and from attendance on Divine Worship …….. times, — 12 of these absences from Prayers, 11 from Recitations, and 1 from Divine Worship were unavoidable on account of sickness, or excused by permission.

His relative grade of scholarship in his Class is very good in the Bible, good in Latin, Greek and French and tolerable in Mathematics. Mr. H. was absent from the final examination without permission. His general deportment has been good.

The next Session will begin Saturday morning, 17th January. Punctual attendance is very desirable. The means of instruction and opportunities for improvement were never greater than they will be during the coming year.

Note by the Bursar.

M. Fetter.
The rate of Tuition will be the same as heretofore & efforts will be made to restrain the price of board within reasonable limits.