24 December 1862: “This is Christmas eve! Oh what a different mode of spending it this is from what I have been in the habbit of doing!”

Stephen Tippet Andrews enlisted in the 85th New York Infantry Regiment on 26 August 1861. He helped organize Company F, and was mustered in as first sergeant of the company in the second half of 1861. 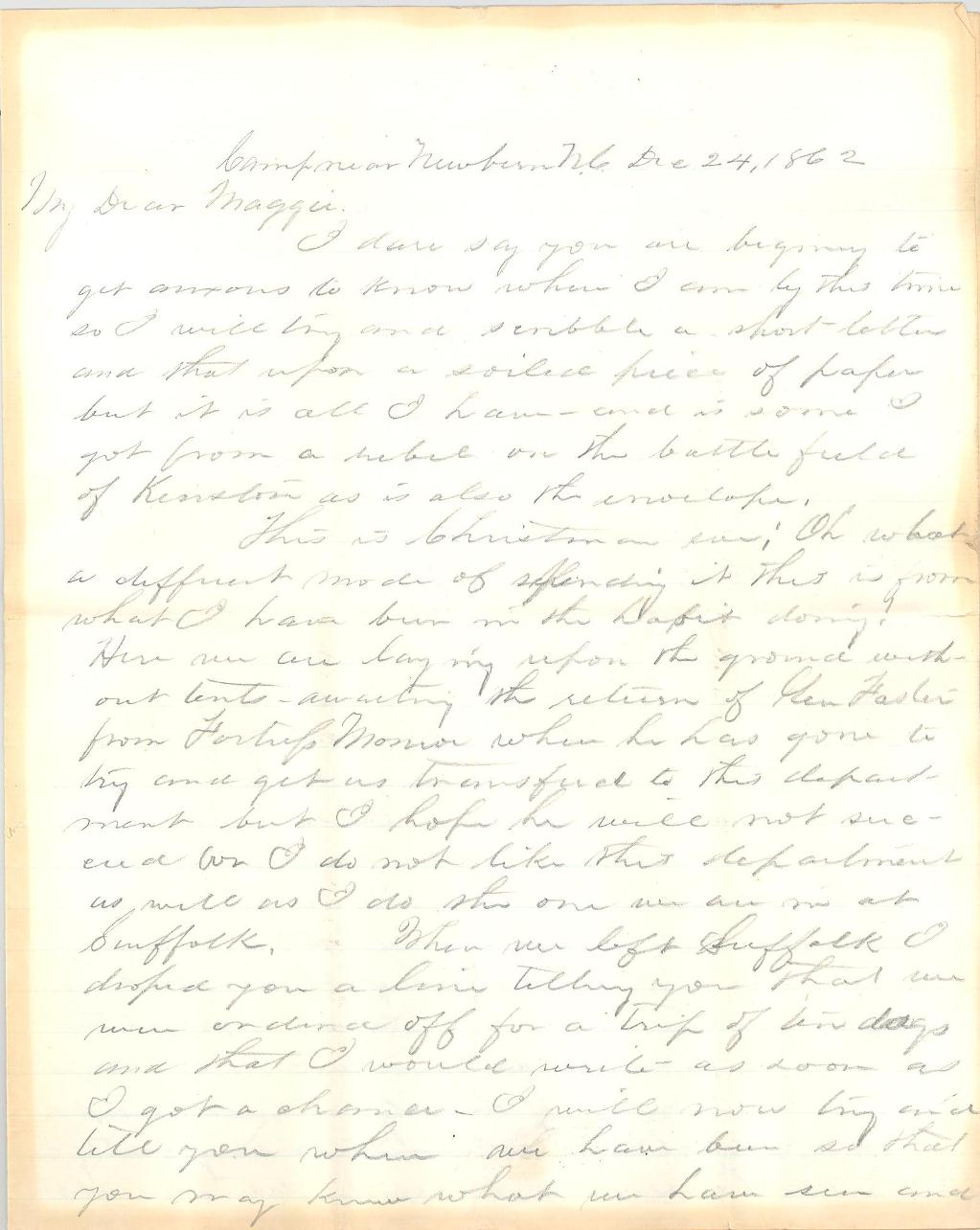 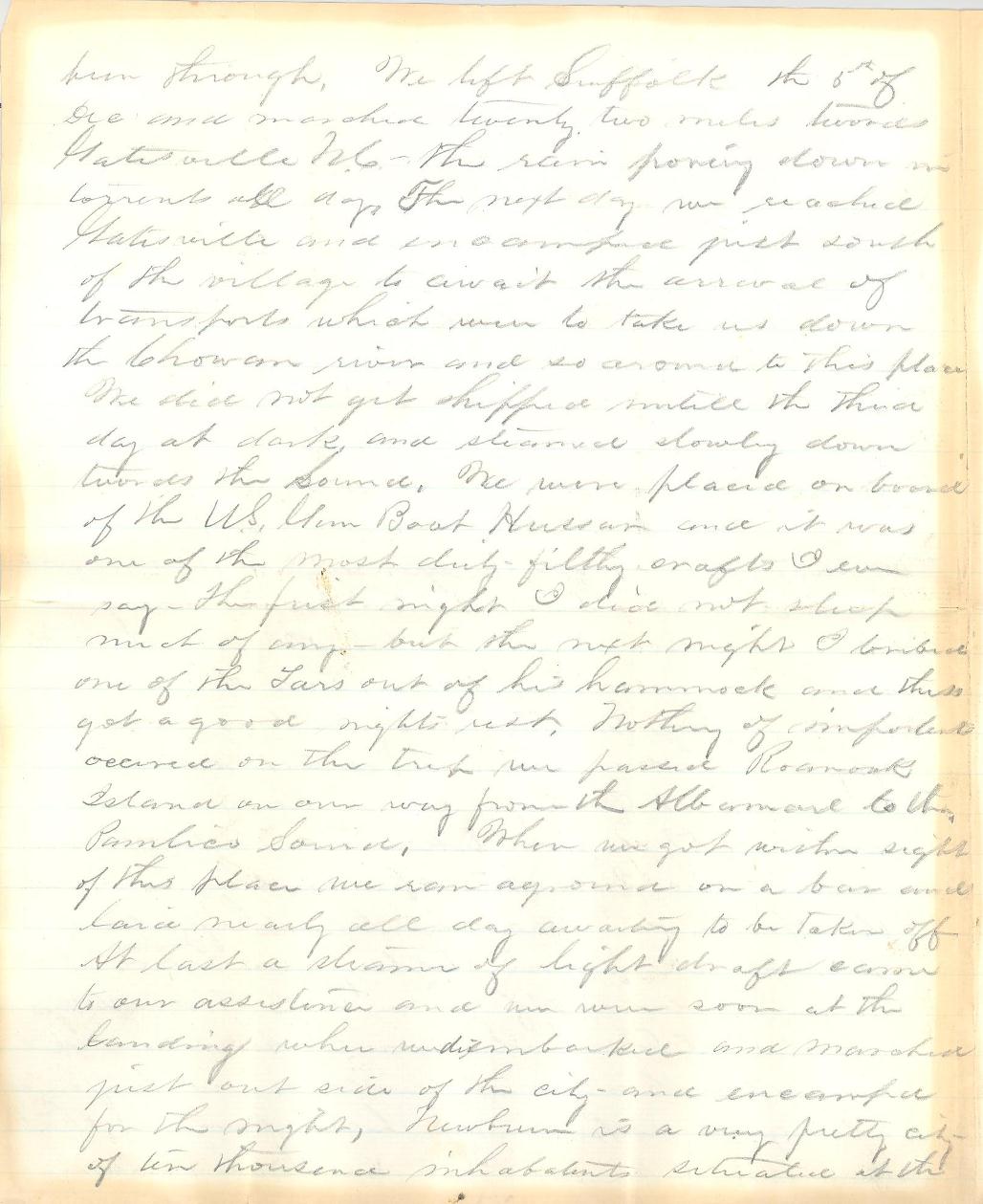 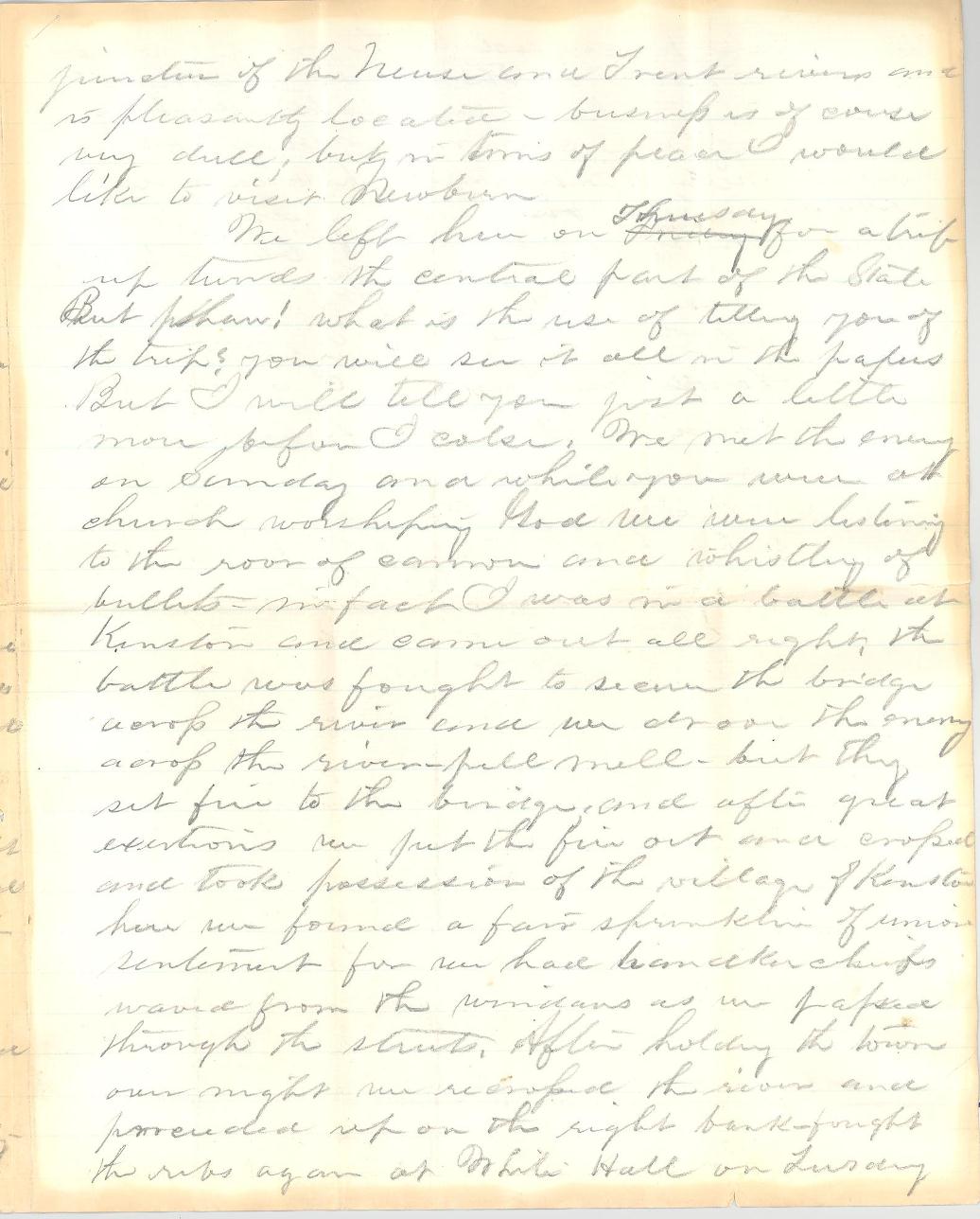 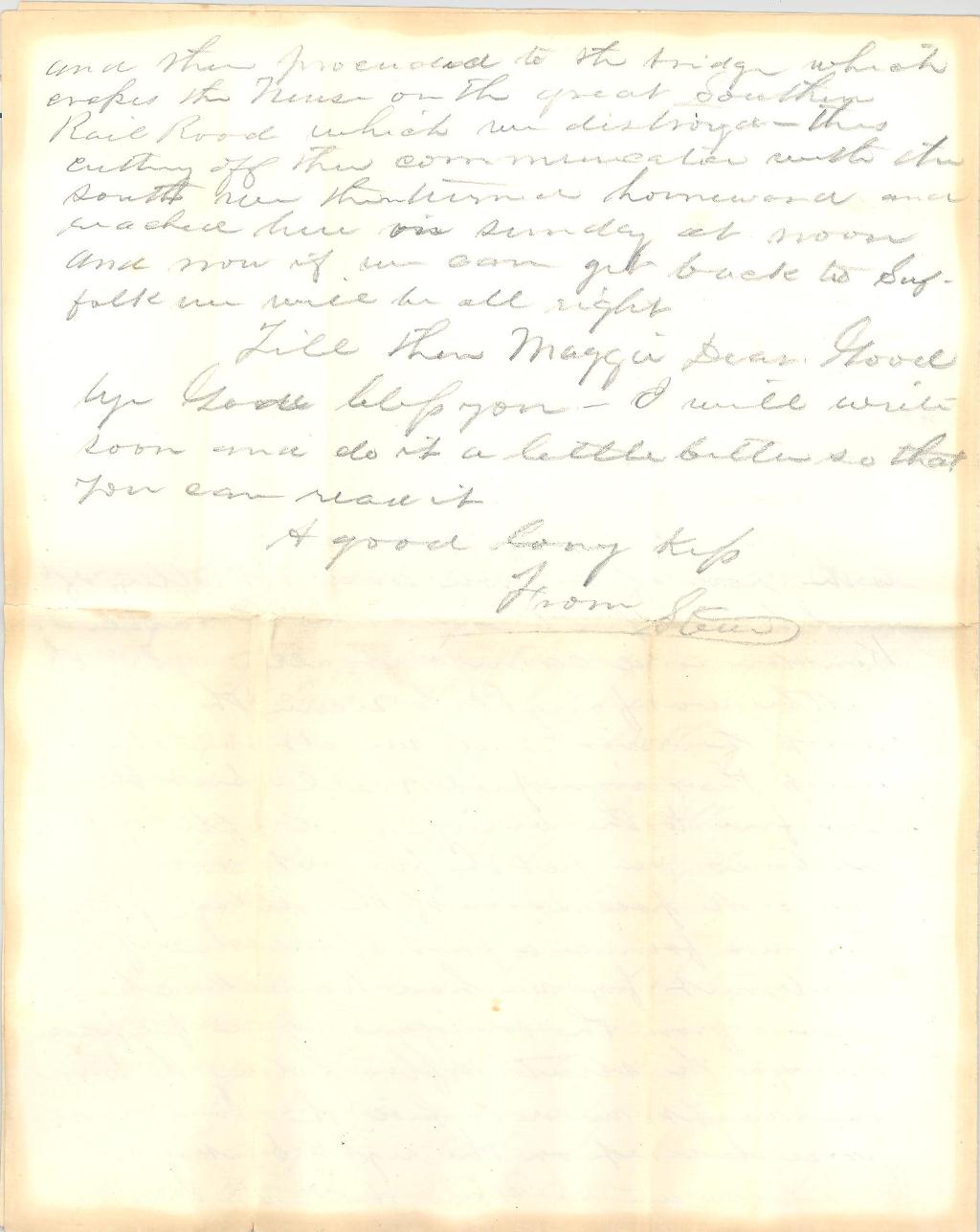 This is Christmas eve! Oh what a different mode of spending it this is from what I have been in the habbit of doing! Here we are laying upon the ground without tents – awaiting the return of Gen Foster from Fortress Monroe where he has gone to try to get us transfered to this department but I hope he will not succeed for I do not like this department as well as I do the one we are in at Suffolk. When we left Suffolk I dropped you a line telling you that we were ordered off for a trip of ten days and that I would write as soon as I got a chance – I will now try and tell you where we have been so that you may know what we have seen and been through, We left Suffolk the 5th of Dec and marched twenty two miles twords Gatesville N.C. – the rain pouring down in torrents all day. The next day we reached Gatesville and encamped just south of the village to await the arrival of transports which were to take us down the Chowan river and so around this place We did not get shipped untill the third day at dark, and steamed slowly down twords the Sound. We were placed on board of the US. Gun Boat Hussan and it was one of the most dirty filthy crafts I ever say – The first night I did not sleep much of any – but the next night I bribed one of the Tars out of his hammock and then got a good nights rest. Nothing of importance occured on the trip we passed Roanoke Island on our way from the Albamarl to the Plamlico Sound. When we got within sight of this place we ran aground on a bar and laid nearly all day awaiting to be taken off  At last a Steamer of light draft came  to our assistance and we were soon at the landing where we disembarked and marched just out side of the city and encamped for the night, Newbern is a very pretty city of ten thousand inhabitants situated at the junction of the Neuse and Trent rivers and is pleasantly located – business of course very dull; but in time of peace I would like to visit Newbern

We left here on Thursday for a trip up twords the central part of the State but Pshaw! what is the use of telling you of the trip? you will see it all in the papers But I will tell you just a little now before I colse. We met the enemy on Sunday and while you were at church worshiping God were were listining to the roar of cannon and whistling of bullets – in fact I was in a battle at Kingston and came out all right, the battle was fought to secure the bridge across the river and we drove the enemy across the river – pell mell – but they set fire to the bridge; and after great exertions we put the fire out and crossed and took possession of the village of Kinston here we found a fair sprinklin of union sentiment for we had handkerchiefs waved from the windows as we passed through the streets. After holding the town over night we recrossed the river and proceeded up the right bank – fought the rebs again at White Hall on Tuesday and then proceeded to the bridge which crosses the Neuse on the great Southern Rail road which we destroyed – this cutting off the communication with the south we then turned homeward and reached here on Sunday at noon and now if we can get back to Suffolk we will be all right.