1 January 1863: “Today is the period fixed for Mr. Lincoln’s unwise and unconstitutional emancipation proclamation…Thousands of the Poor deluded Negroes have left their homes…” 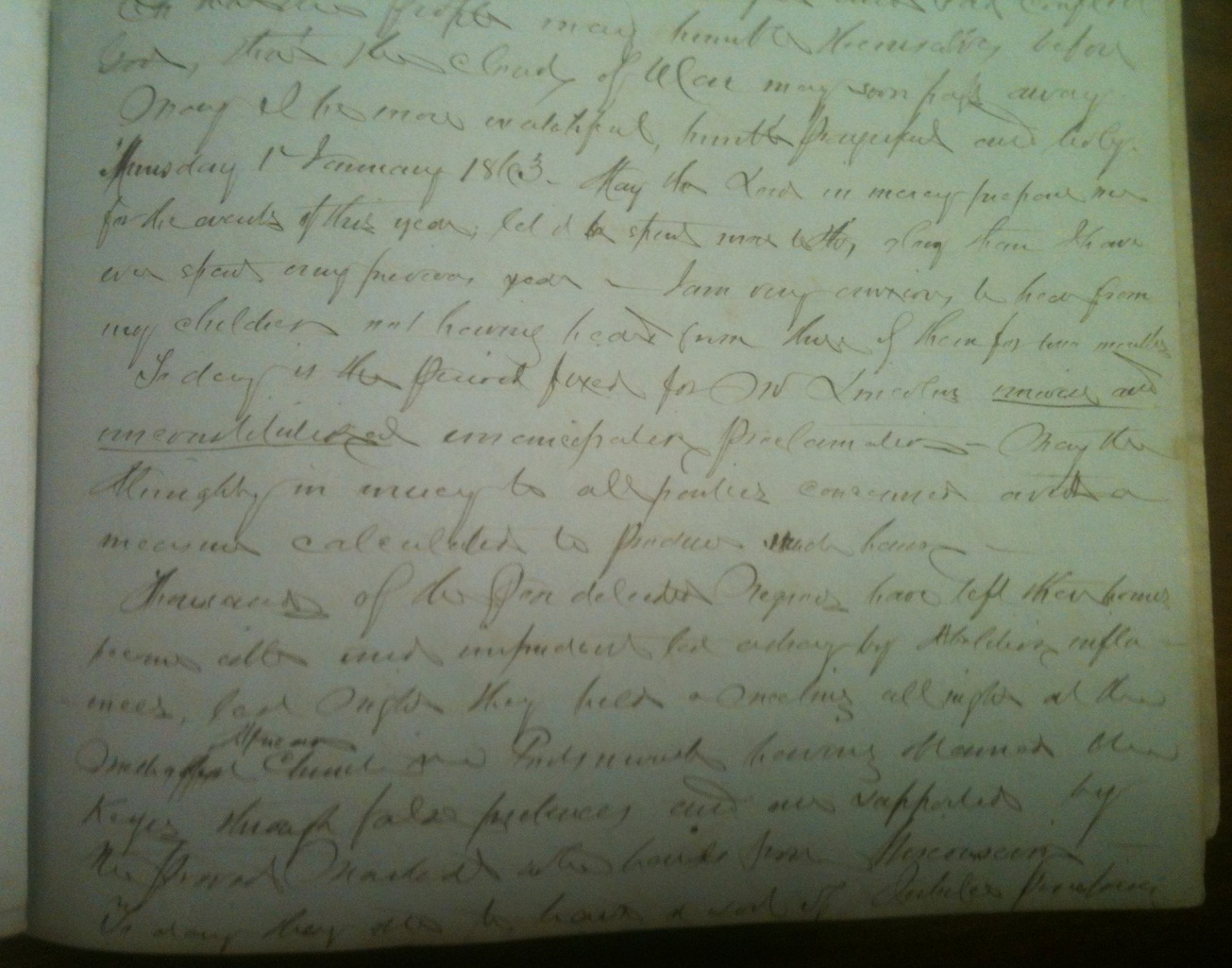 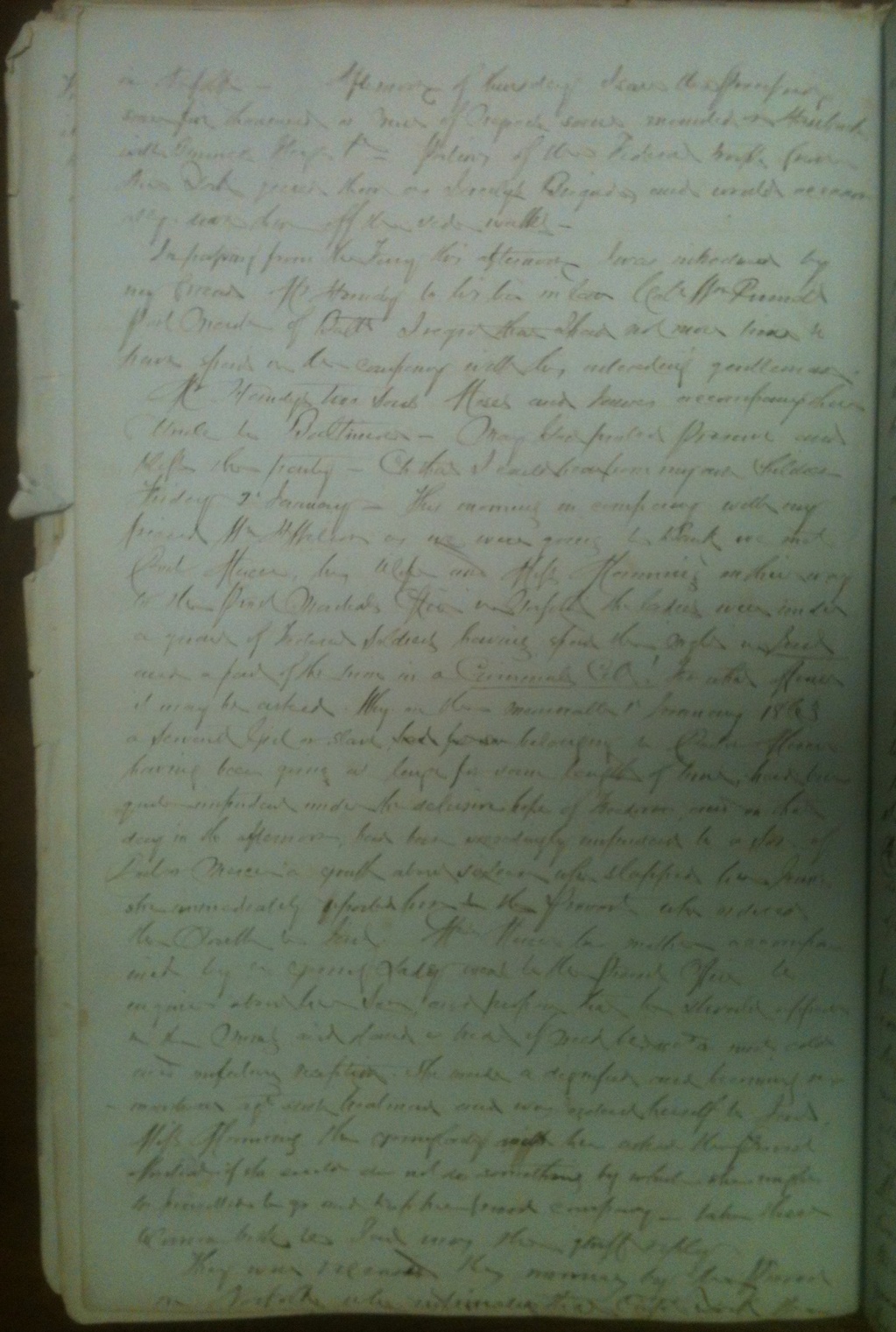 Thursday 1st January 1863. May the Lord in mercy prepare me for the events of this year; may it be spent more to His glory that I have ever spent any previous year. I am very anxious to hear from my children, not having heard from them (or) of them for two months. Today is the period fixed for Mr. Lincoln’s unwise and unconstitutional emancipation proclamation – May the Almighty in mercy to all parties concerned avert a measure calculated to produce such laws–

Thousands of the Poor deluded Negroes have left their homes, become idle and impudent led astray by Abolition influences, last night they held a meeting all night at the Methodist African Church in Portsmouth having obtained the keys through false pretences and are supported by the Provost Marshall who hails from Wisconsin. Today they are to have a sort of Jubilee procession in Norfolk. Afternoon of Thursday I saw the procession some five thousand or more of Negroes some mounted on Horseback with Banners, Flags, etc. portions of the Federal troops from New York jeered them as Greely’s Brigade, and would occasionally drive them off the side walks.

In passing from the Ferry this afternoon — I was introduced by my friend Mr. Handy to his bro in law Colo. Wm. Purnell(?) post Master of Balt. I regret that I had not more time to have spent in the company with this interesting gentleman. Mr. Handy’s two sons Moses and James accompany their uncle to Baltimore — May God protect preserve and bless the party – Oh that I could hear from my own children.