7 January 1863: “President Davis passed down in the cars on Saturday last, on his return to Richmond…”

Posted on 7 Jan ’13 by Biff Hollingsworth 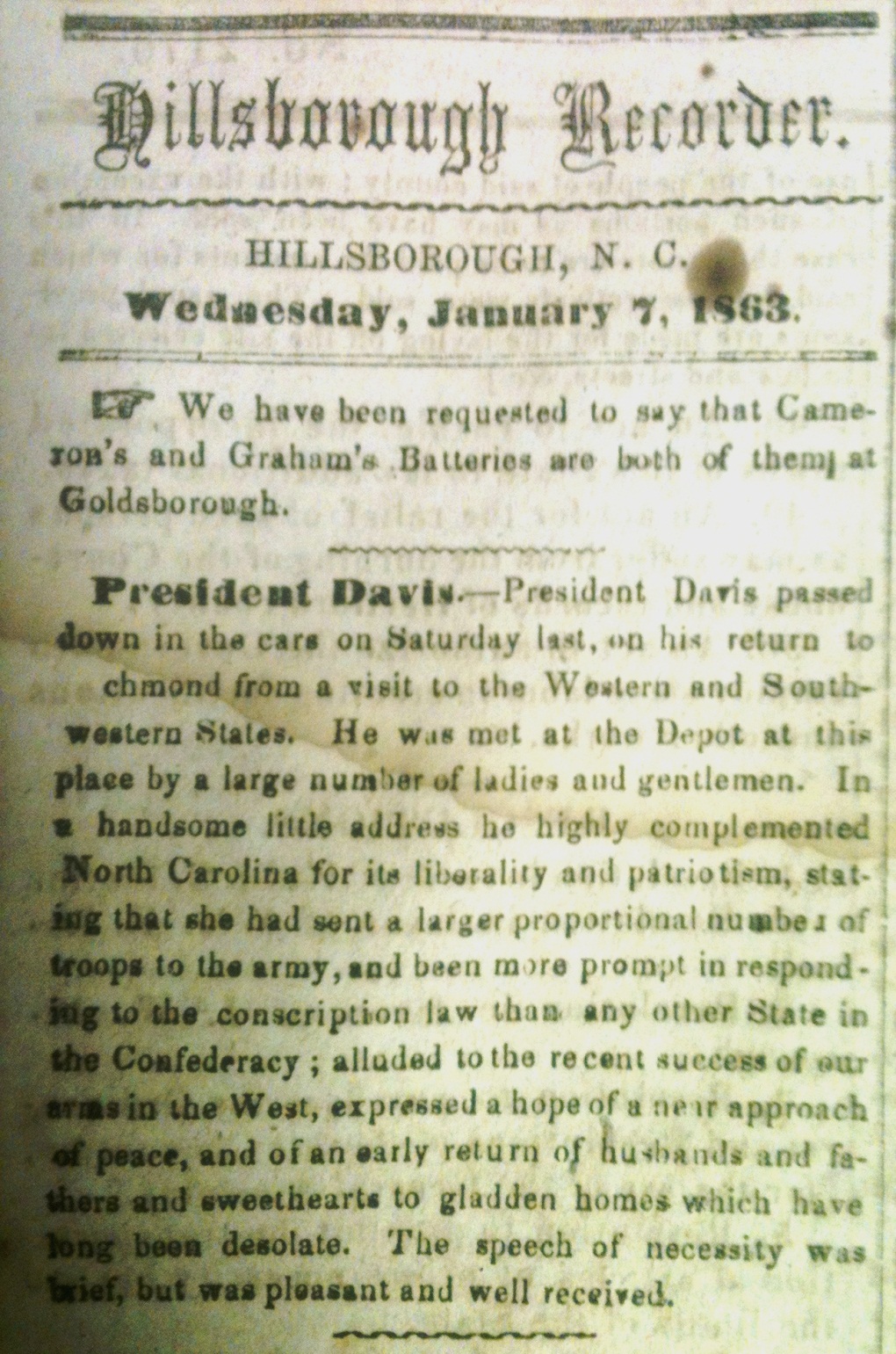 We have been requested to say that Cameron’s and Graham’s Batteries are both of them at Goldsborough.

President Davis. — President Davis passed down in the cars on Saturday last, on his return to Richmond from a visit to the Western and Southwestern States. He was met at the Depot at this place by a large number of ladies and gentlemen. In a handsome little address he highly complemented North Carolina for its liberality and patriotism, stating that she had sent a larger proportional number of troops to the army, and been more prompt in responding to the conscription law than any other State in the Confederacy; alluded to the recent success of our arms in the West, expressed a hope of a near approach of peace, and of an early return of husbands and fathers and sweethearts to gladden homes which have long been desolate. The speech of necessity was brief, but was pleasant and well received.