Item description: Letter, dated 9 January 1863, from Robert W. Parker, describing rejoining the Army of the Northern Virginia in Spotsylvania County, Virginia. Parker was born in 1838 in Pittsylvania County, Va. His father, Ammon H. Parker, and mother, Frances Goggin Parker, eventually settled in Bedford County, Va., where Robert became a farmer. Robert served in the 2nd Virginia Cavalry of the Confederate States of America Army from the onset of the American Civil War, and attained the rank of 4th Sergeant. Robert was killed in action at Appomattox Courthouse, Va., on the morning of 9 April 1865, the same day that Robert E. Lee surrendered his Army of Northern Virginia to the Union Army. Surviving him was his wife, Rebecca Louise Fitzhugh Walker Parker, and two sons. 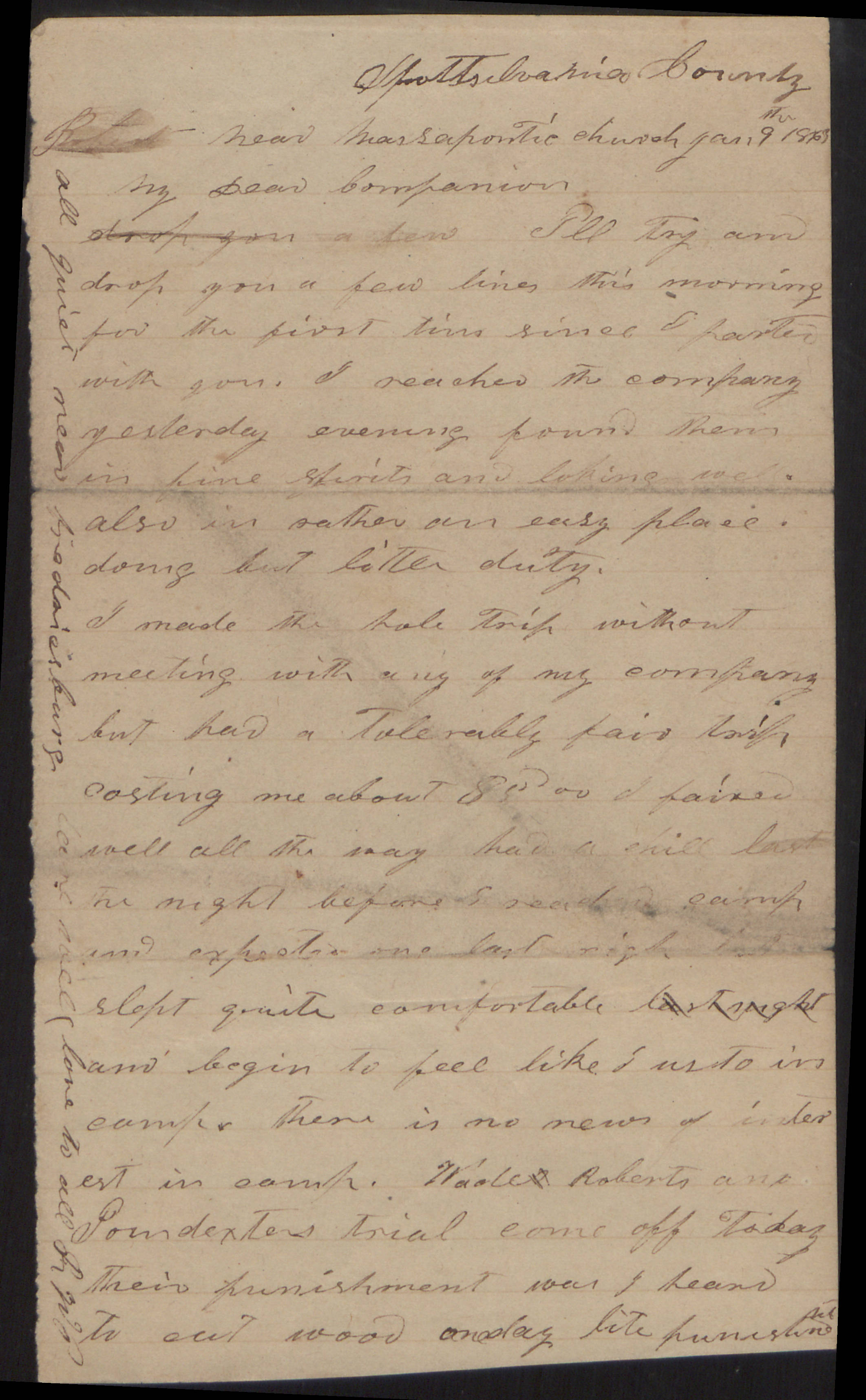 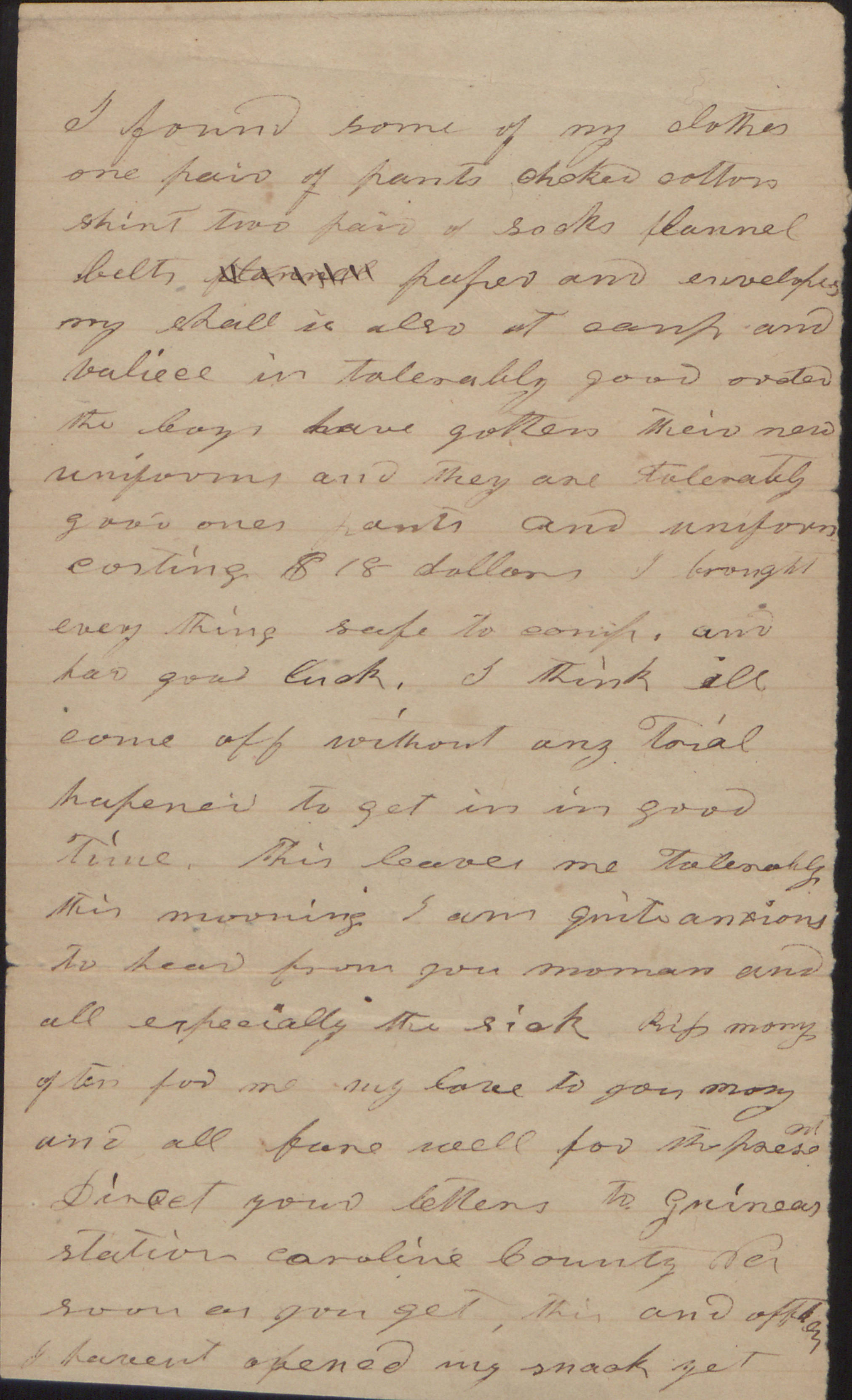 My Dear Companion
I’ll try and drop you a few lines this morning for the first time since I parted with you. I reached the company yesterday evening found them in fine spirits and loking well. also in rather an easy place doing but little duty. I made the late trip without meeting with any of my company but had a tolerably fair trip, costing me about $5.00 I faired well all the way had a chill last the night before I reached
camp and expected one last night but slept quite comfortable and begin to feel like I use to in camp. There is no news of interest in camp. Wade Roberts and Poindexters trial come off today their punishment was I heard to cut wood one day lite punishment

I found some of my clothes one pair of pants choker cotton shirt two pair of socks flannel belt paper and envelopes my [shall?] is also at camp and [valiece?] in tolerably good order the boys have gotten their new uniforms and they are tolerably good ones pants and uniform costing $18 dollars I brought every thing safe to camp and had good luck. I think ill come off without any trial hapened to get in in good time. This leaves me tolerably this morning I am quite anxious to hear from you [moman?] and all especially the sick kiss momy often for me my love to you momy and all fare well for the present. Direct your letters to [gnineas?] station coraline county VA soon as you get this and often I havent opened my snack yet

All quiet near Fredricsburg fare well love to all RWP