13 January 1863: “Two of this number were in pursuit of some deserters in the rain, who seeing that their guns would not fire, turned on them and succeeded in killing one with a pistol.”

Posted on 13 Jan ’13 by Biff Hollingsworth 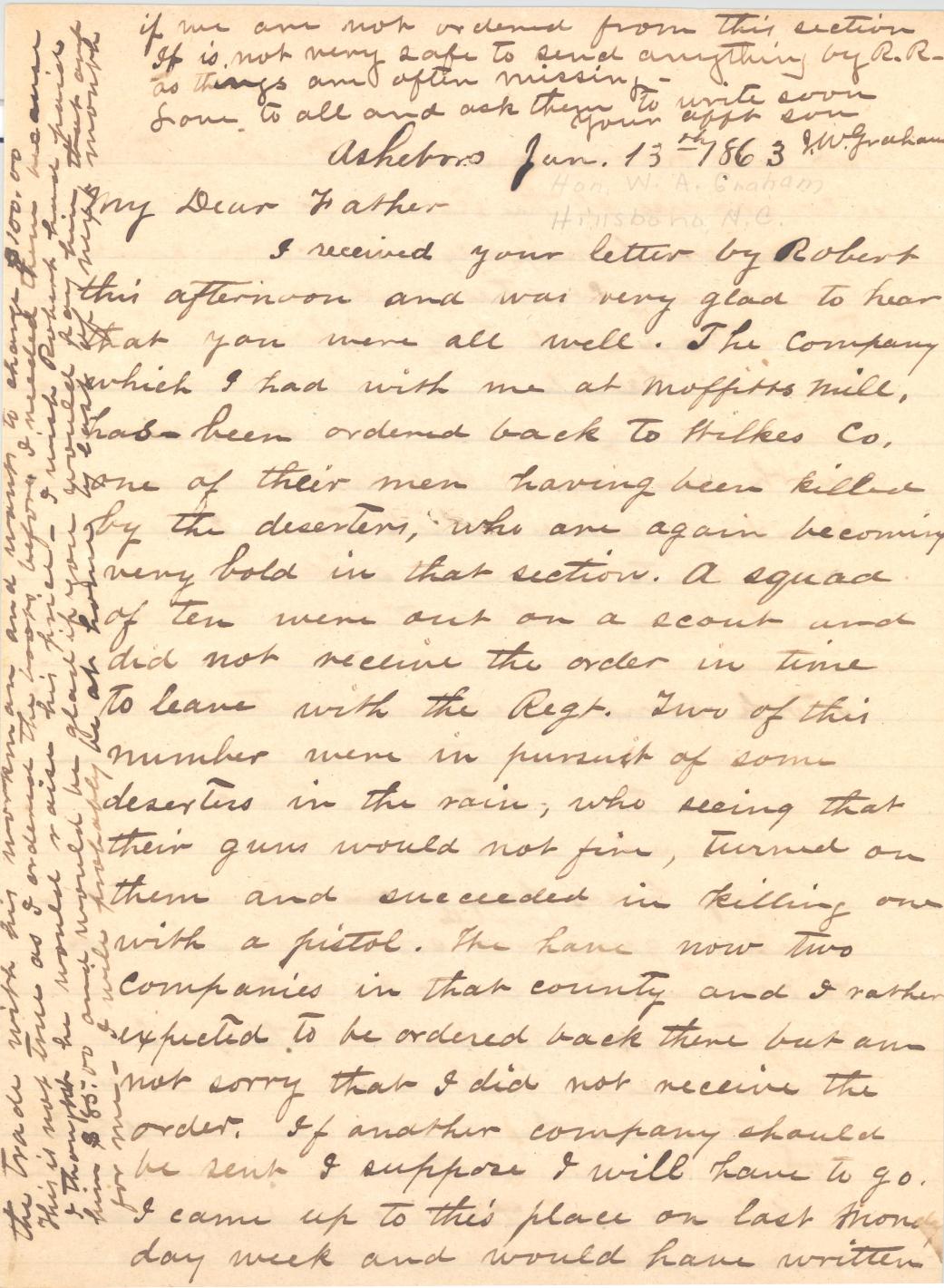 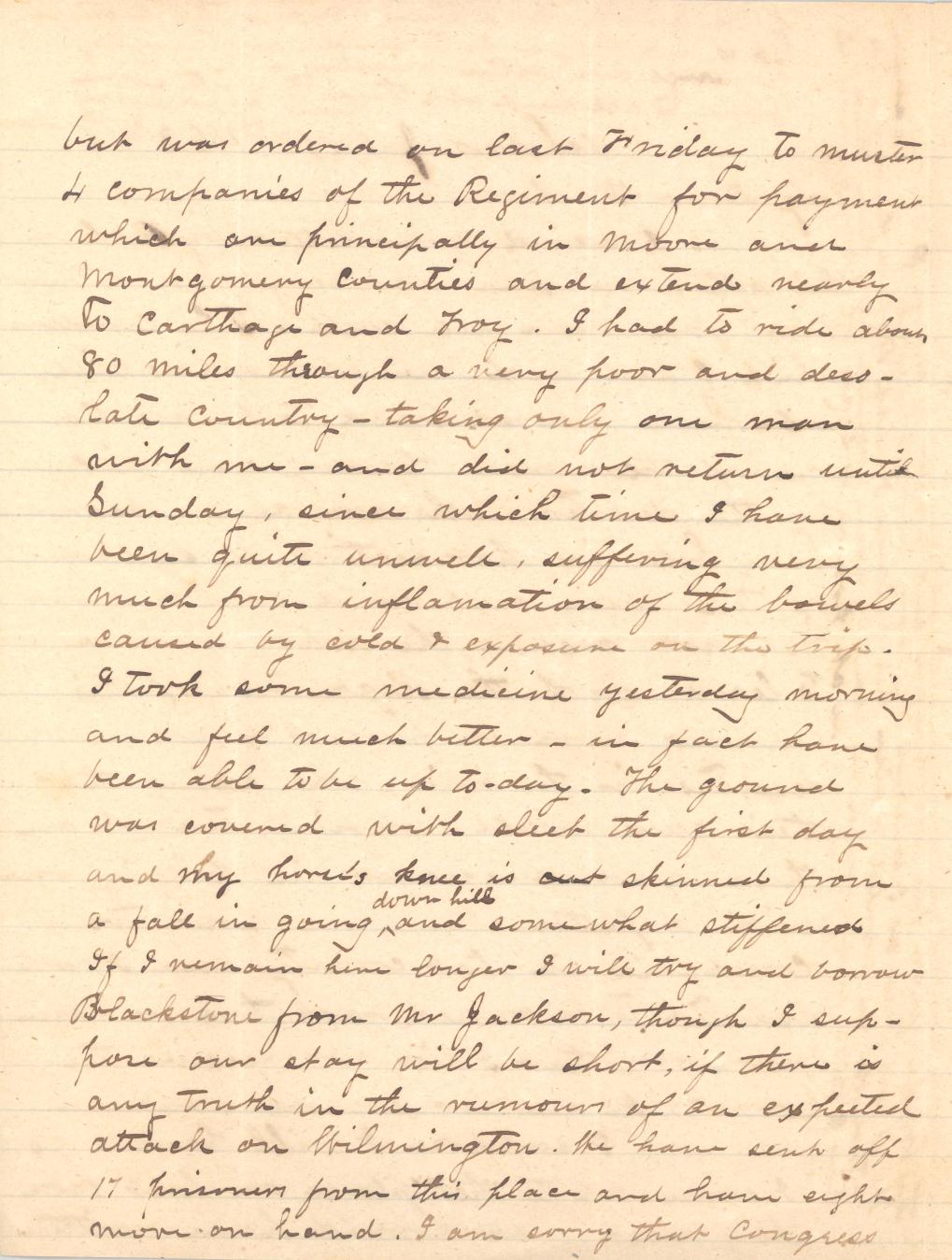 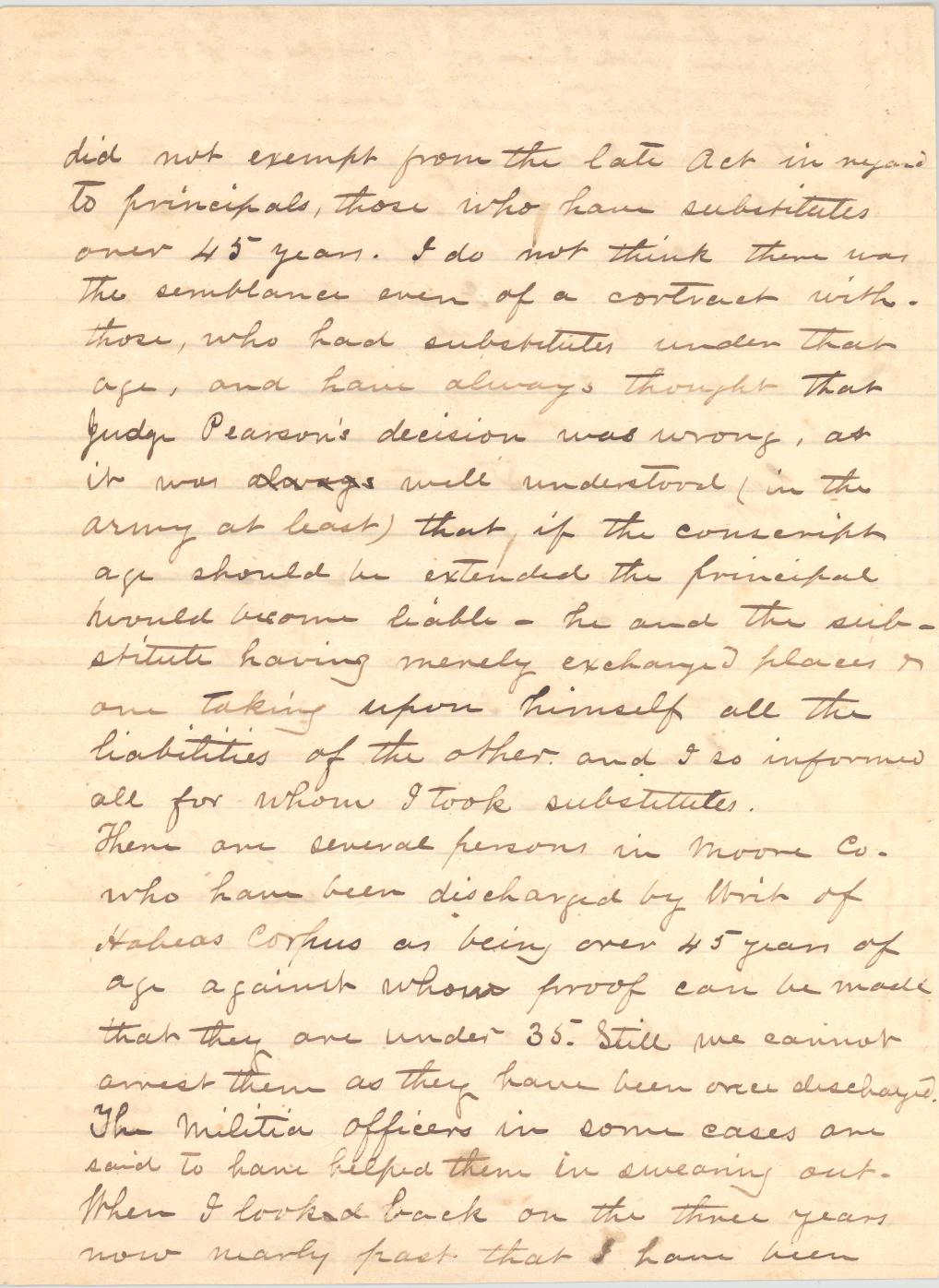 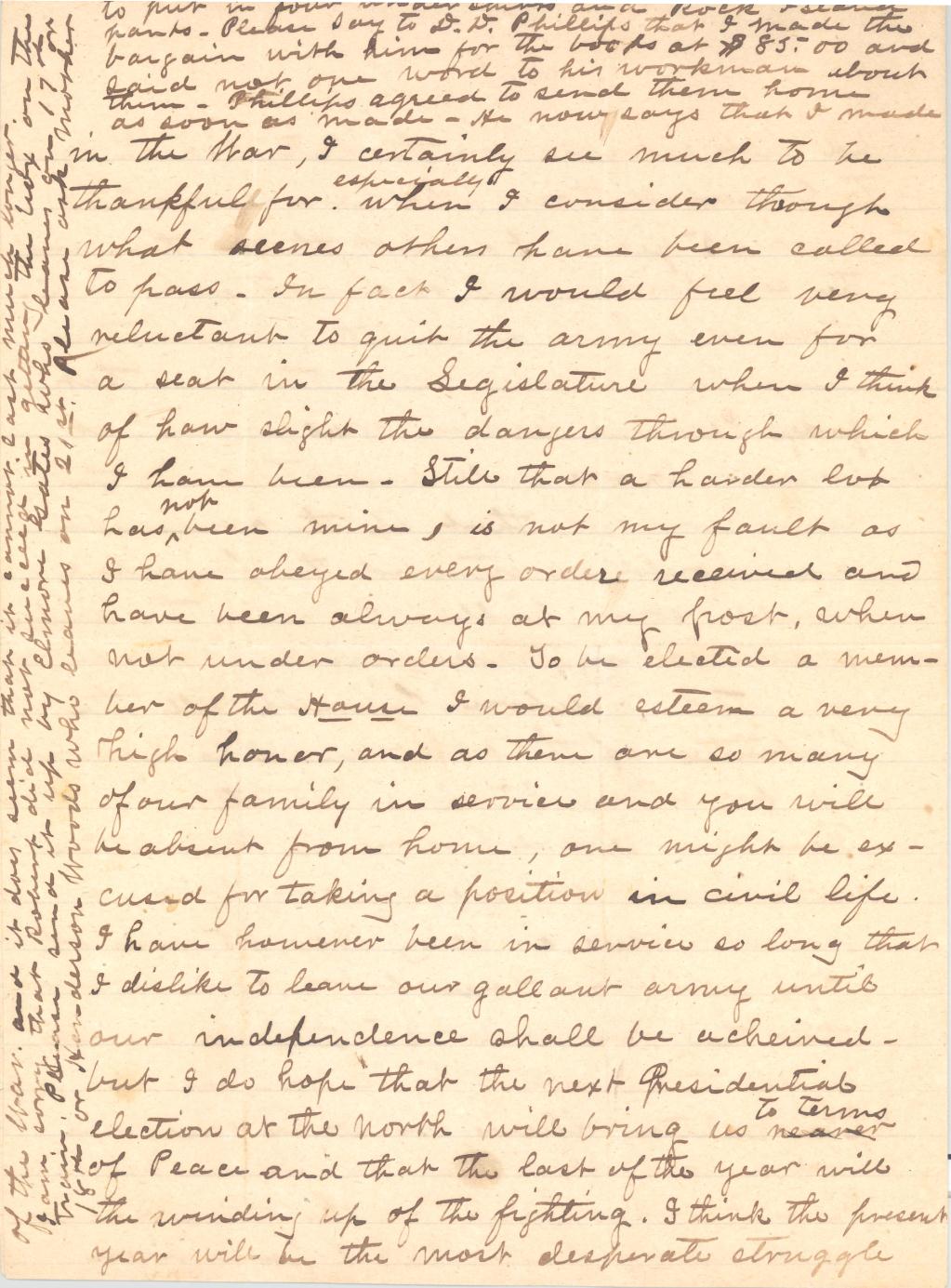 I received your letter by Robert this afternoon and was very glad to hear that you were all well. The company which I had with me at Moffitt’s Mill had been ordered back to Wilkes Co. one of their men having been killed by the deserters, who are again becoming very bold in that section. A squad of ten were out on a scout and did not receive the order in time to leave with the Regt. Two of this number were in pursuit of some deserters in the rain, who seeing that their guns would not fire, turned on them and succeeded in killing one with a pistol. The have now two companies in that county and I rather expected to be ordered back there but are not sorry that I did not receive the order. If another company should be sent I suppose I will have to go. I came up to this place on last Monday week and would have written but was ordered on last Friday to muster 4 companies of the Regiment for payment which are principally in Moore and Montgomery Counties and extend nearly to Carthage and Troy. I had to ride about 80 miles through a very poor and desolate country – taking only one man with me – and did not return until Sunday, since which time I have been quite unwell, suffering very much from inflamation of the bowels caused by cold & exposure on the trip. I took some medicine yesterday morning and feel much better – in fact have been able to be up to-day. The ground was covered with sleet the first day and my horse’s knee is skinned from a fall in going down hill and somewhat stiffened.

If I remain here longer I will try and borrow Blackstone from Mr. Jackson, though I suppose our stay will be short, if there is any truth in the rumour of an expected attack on Wilmington. We have sent off 17 prisoners from this place and have eight more on hand. I am sorry that Congress did not exempt from the late Act in regard to principals, those who have substitutes over 45 years. I do not think there was the semblance even of a contract with those, who had substitutes under that age, and have always thought that Judge Pearson’s decision was wrong, as it was well understood (in the army at least) that if the conscript age should be extended the principal would become liable – he and the substitute having merely exchanged places & are taking upon himself all the liabilities of the other and I so informed all for whom I took substitutes.

There are several persons in Moore Co. who have been discharged by Writ of Habeas Corpus as being over 45 years of age against whom proof can be made that they are under 35. Still we cannot arrest them as they have been since discharged. The Militia officers in some cases are said to have helped them in swearing out. When I looked back on the three years now nearly past that I have been in the War, I certainly see much to be thankful for, especially when I consider through what scenes others have been called to pass. In fact I would feel very reluctant to quit the army even for a seat in the Legislature when I think of how slight the dangers through which I have been. Still that a harder lot has not been mine, is not my fault as I have obeyed every order received and have been always at my post, when not under orders. To be elected a member of the House I would esteem a very high honor, and as them are so many of our family in service and you will be absent from home, one might be excused for taking a position in civil life. I have however been in service so long that I dislike to leave our gallant army until our independence shall be achieved – but I do hope that the next Presidential election at the North will bring us to terms of Peace and that the last of the year will the winding up of the fighting. I think the present year will be the most desperate struggle of the War, and it does seem that it cannot last much longer.

I am sorry that Robert did not succeed in getting the box on the train. Please send it up by Elmore Gates who leaves on 17th or 18th or Henderson Woods who leaves on 21st. Please ask mother to put in four under shirts and Rock Island pants. Please say to D.D. Phillips that I made the bargain with him for the books at $85.00 and said not one word to his workman about them. Phillips agreed to send them home as soon as made. He now says that I made the trade with his workman and wants to charge $100.00. This is not true as I ordered the books before I needed them because I thought he would raise his price. I wish Robert had paid him $85.00 and would be glad if you would pay him that out for me. I will probably be at home by last of next month, if we are not ordered from this section. It is not very safe to send anything by R.R. as things are often missing.

Love to all and ask them to write soon.