17 January 1863: “My only hope for a furlough is to get shot or get sick. This is the misfortune of my promotion.”

Posted on 17 Jan ’13 by Biff Hollingsworth 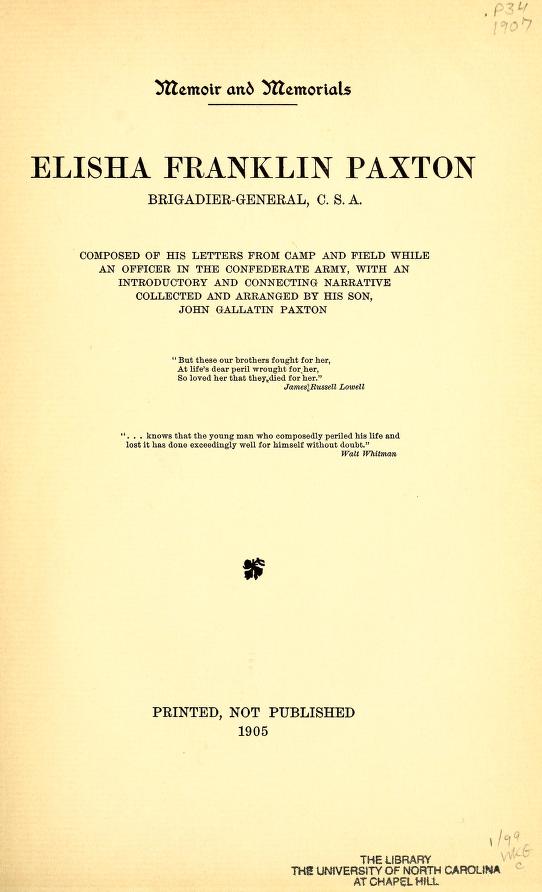 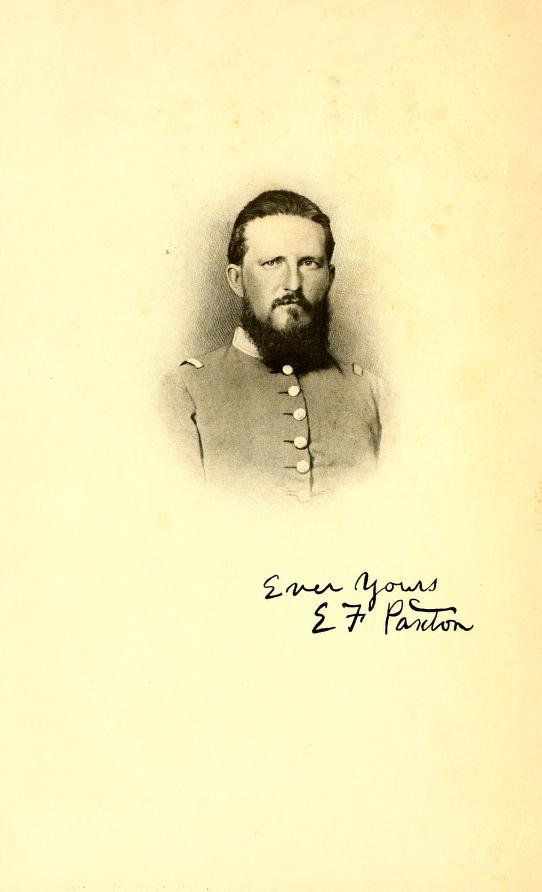 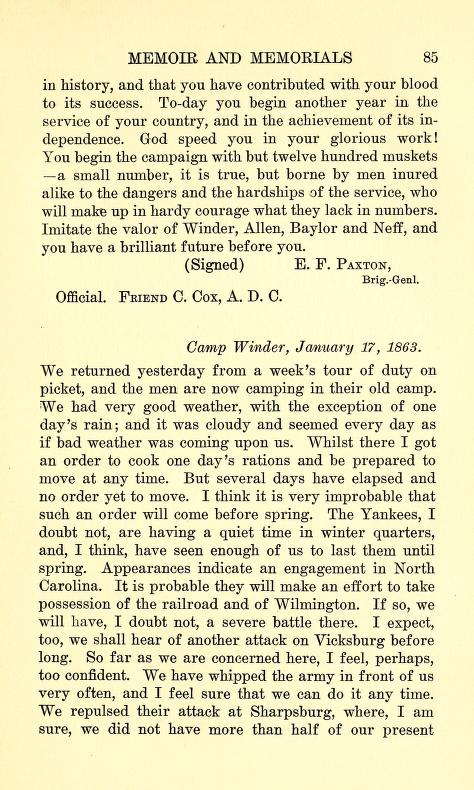 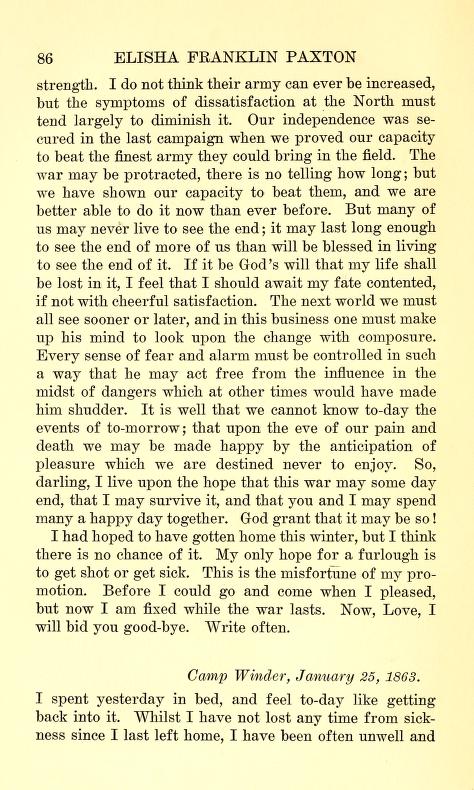 We returned yesterday from a week’s tour of duty on picket, and the men are now camping in their old camp. We had very good weather, with the exception of one day’s rain; and it was cloudy and seemed every day as if bad weather was coming upon us. Whilst there I got an order to cook one day’s rations and be prepared to move at any time. But several days have elapsed and no order yet to move. I think it is very improbable that such an order will come before spring. The Yankees, I doubt not, are having a quiet time in winter quarters, and, I think, have seen enough of us to last them until spring. Appearances indicate an engagement in North Carolina. It is probable they will make an effort to take possession of the railroad and of Wilmington. If so, we will have, I doubt not, a severe battle there. I expect, too, we shall hear of another attack on Vicksburg before long. So far as we are concerned here, I feel, perhaps, too confident. We have whipped the army in front of us very often, and I feel sure that we can do it any time. We repulsed their attack at Sharpsburg, where, I am sure, we did not have more than half of our present strength. I do not think their army can ever be increased but the symptoms of dissatisfaction at the North must tend largely to diminish it. Our independence was secured in the last campaign when we proved our capacity to beat the finest army they could bring in the field. The war may be protracted, there is no telling how long; but we have shown our capacity to beat them, and we are better able to do it now than ever before. But many of us may never live to see the end; it may last long enough to see the end of more of us than will be blessed in living to see the end of it. If it be God’s will that my life shall be lost in it, I feel that I should await my fate contented, if not with cheerful satisfaction. The next world we must all see sooner or later, and in this business one must make up his mind to look upon the change with composure. Every sense of fear and alarm must be controlled in such a way that he may act free from the influence in the midst of dangers which at other times would have made him shudder. It is well that we cannot know to-day the events of to-morrow; that upon the eve of our pain and death we may be made happy by the anticipation of pleasure which we are destined never to enjoy. So, darling, I live upon the hope that this war may some day end, that I may survive it, and that you and I may spend many a happy day together. God grant that it may be so!

I had hoped to have gotten home this winter, but I think there is no chance of it. My only hope for a furlough is to get shot or get sick. This is the misfortune of my promotion. Before I could go and come when I pleased, but now I am fixed while the war lasts. Now, Love, I will bid you good-bye. Write often.