3 February 1863, “I very much fear that famine will be among the trials that avail our people…”

Item Description: Letter, dated 3 February 1863, from Jane Gibert Pettigrew North (abbreviated JGN) to her brother, James L. Pettigrew.  She is writing from Badwell, a family plantation in South Carolina, to James while is is practicing law in Charleston.  She discusses the expense of food and stories she has heard regarding friends in the Confederate army. She also recounts the story of Charles Lockhart Pettigrew visiting his slaves as told by him in his letter of 12 January 1863. 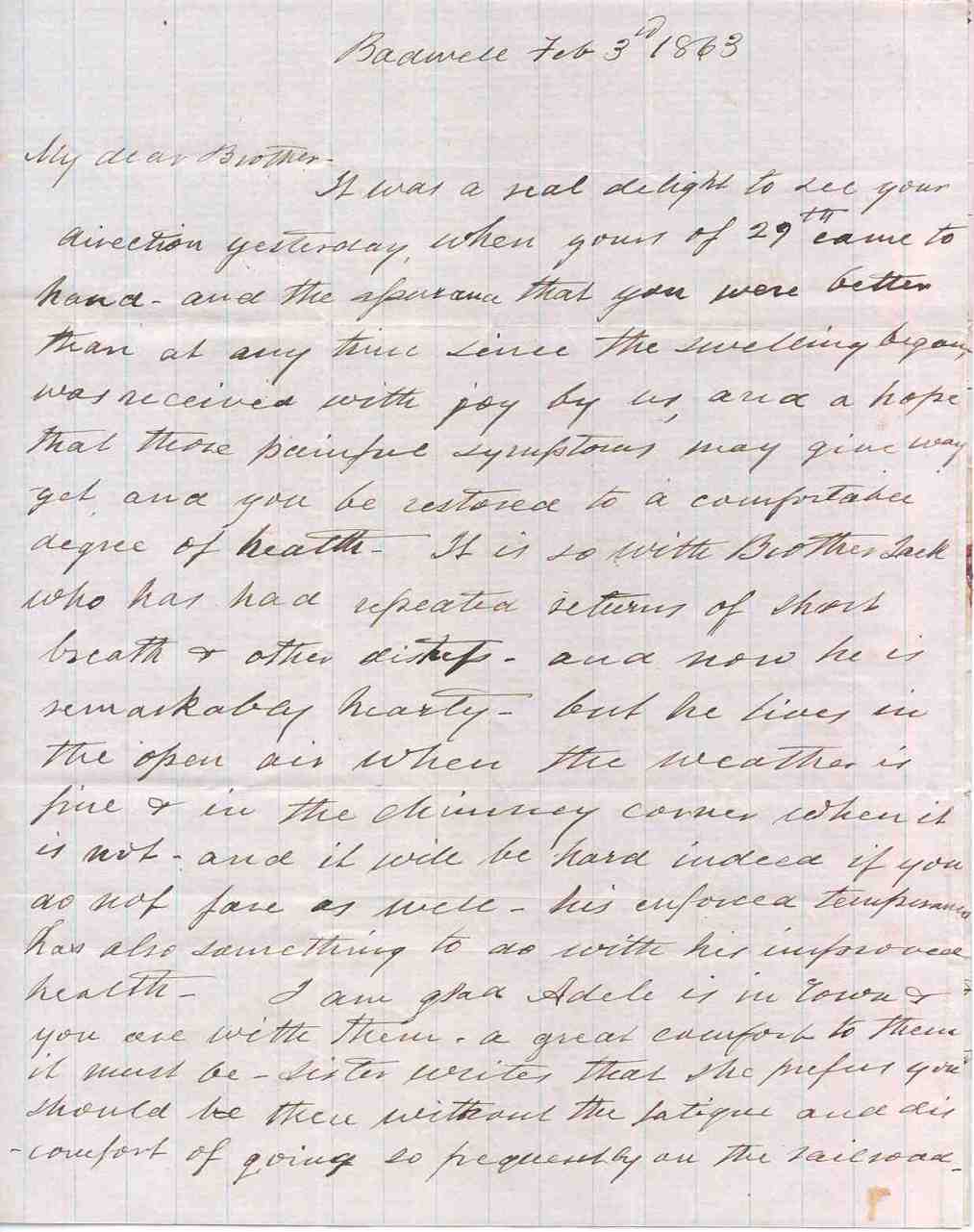 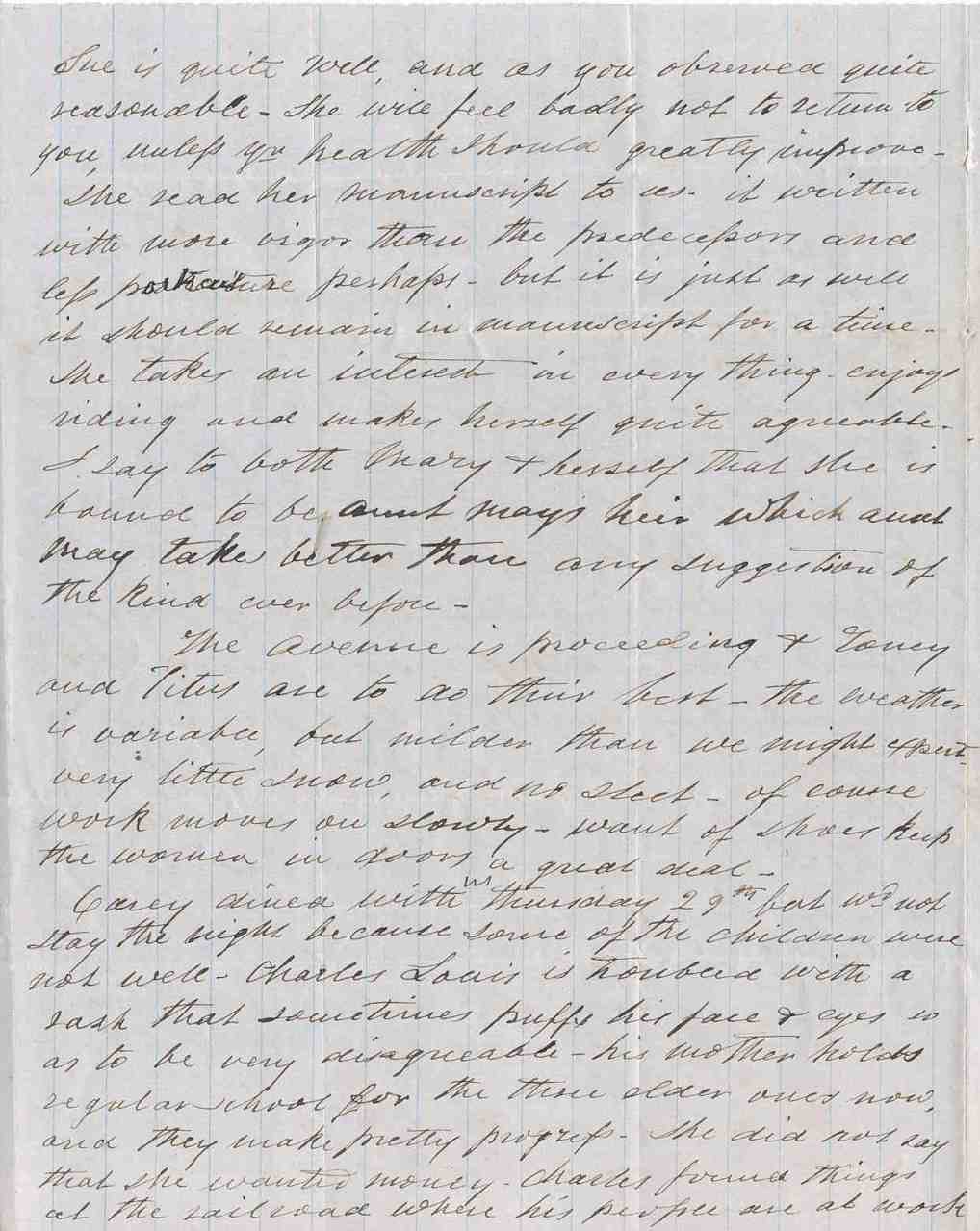 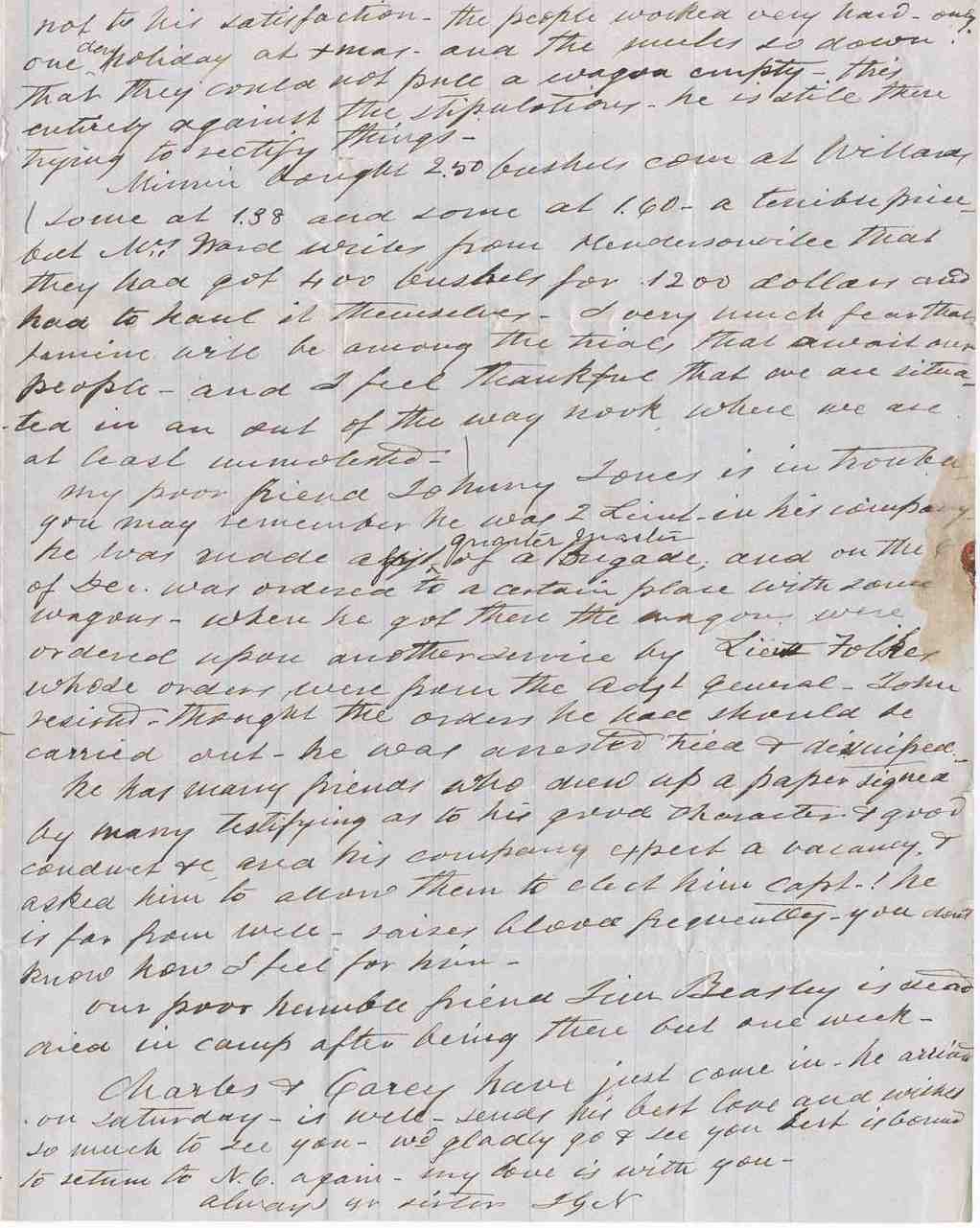 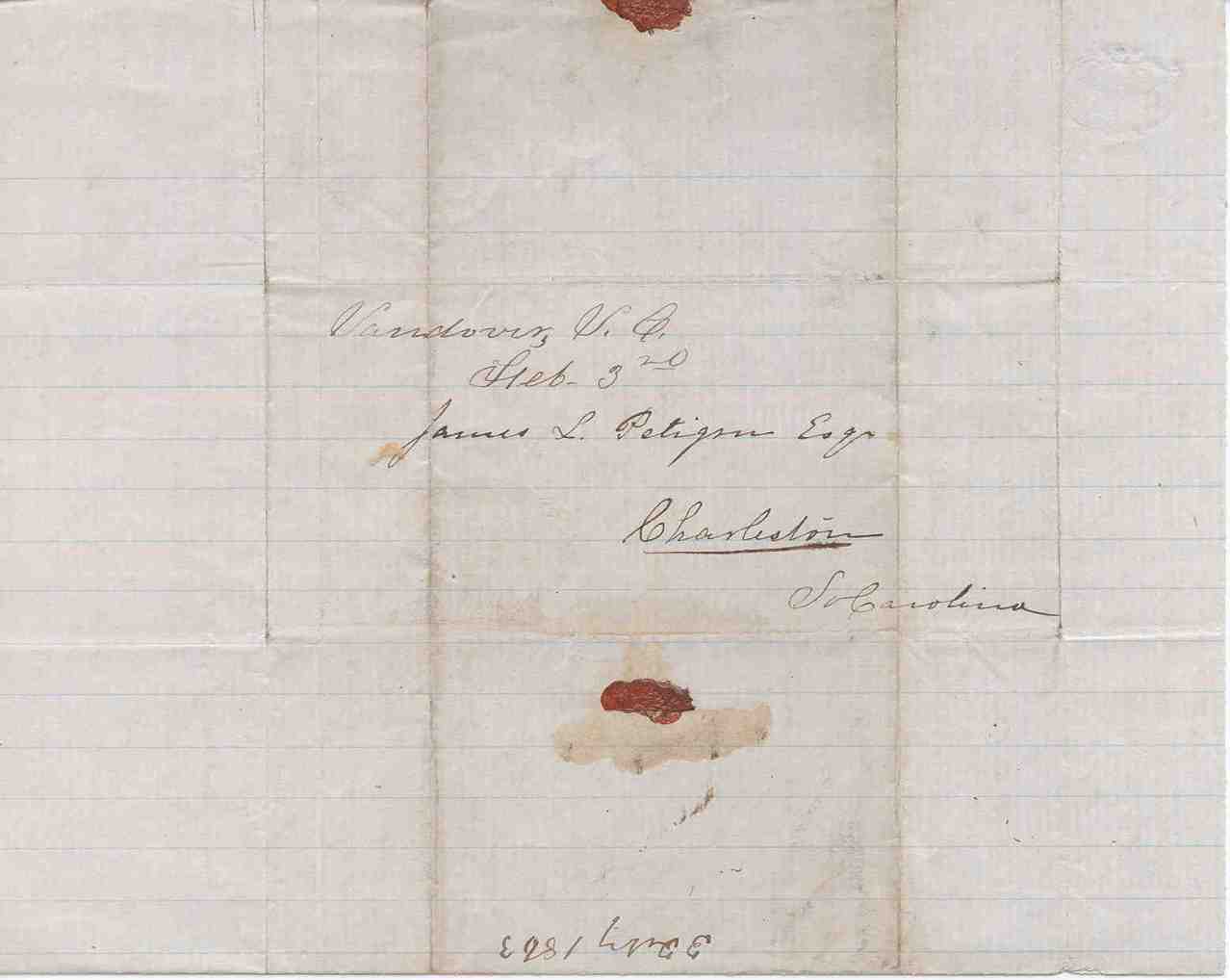 It was a real delight to see your direction yesterday, when your yours of the 19th came to hand – and the assurance that you were letter than at any time since the swelling began was received with joy by us, and a hope that those painful symptoms may give way yet and you be restored to a comfortable degree of health.  It is so with Brother Jack who has had repeated returns of short breath and other distress – and now he is remarkably hearty – but he lives in the open air when the weather is fine and in the chimney corner when it is not – and it will be hard indeed if you do not fare as well – his enforced temperance has also something to do with his improved health.  I am glad Adele is in town and you are with them – a great comfort to them it must be.  Sister writes that she prefers you should be there without the fatigue and discomfort of going so frequently on the railroad.  She is quite well, and as your observed quite reasonable.  She will feel badly not to return to you, unless yr health should greatly improve.  She read her manuscript to us – if written with more vigor than the predecessors and less [?] perhaps – but it is just as well it should remain in manuscript for a time.  The takes an interest in every thing – enjoys riding and makes herself quite agreeable.  I say to both Mary and herself that she is bound to be Aunt May’s heir which Aunt May takes better than any suggestion of the kind ever before.

The avenue is proceedings & Fancy and Titus are to do their best – the weather is variable, but milder than me might expect, very little snow, and no sleet – of course work moves on slowly – want of shoes keep the women in doors a good deal.

Carey dined with us Thursday 29th but wd not stay the night because some of the children were not well – Charles Louis is troubled with a rash that sometimes puffs his face & eyes so as to be very disagreeable – his mother holds regular school for the three older ones now, and they make pretty progress.  She did not say that she wanted money – Charles found things at the railroad where his people are at work not to his satisfaction – the people worked very hard – only one day holiday at xmas – and the mules so down that they could not pull a wagon empty – this entirely against the stipulations – he is still there trying to rectify things.

Minnie bought 250 bushels corn at Williams some at 1.38 and some at 1.60 – a terrible price but Mr. Ward writes from Hendersonville that they had got 400 bushels for 1200 dollars and had to haul it themselves.  I very much fear that famine will be among the trials that avail our people – and I feel thankful that we are situa-ted in an out of the way nook where we are at least unmolested.

My poor friend Johnny Jones is in trouble – you may remember he was 2 Lieut. in his company – he was made a [?] quarter master of a brigade, and ion the 6th of Dec. was ordered to a certain place with some wagons – when he got there the wagons were ordered upon another service by Lieut. Folker whose orders were from the Adl. General.  John carried out – he was arrested tried and dismissed.

He has many friends who drew up a paper signed by many testifying as to his good character and good conduct [?], and his company expect a vacancy, & asked him to allow them to elect him capt.! He is far from well – raises blood frequently – you don’t know how I feel for him.

Our poor friend Jim Beasley is dead died in camp after being there but one week.

Charles and Carey have just come in – he arrived on Saturday – is well – sends his best love and wishes so much to see you – wd gladly go &  see you but is forced to return to N.C. again – my love is with you-