12 February 1863: “I am here gathering up conscripts straglers and absentees and hope you will come up before I leave”

Posted on 12 Feb ’13 by Biff Hollingsworth

Item description: Letter, 12 February 1863, from Robert E. Brumby to his sister Sarah Simpson, while he was on leave in Goodman, Mississippi. 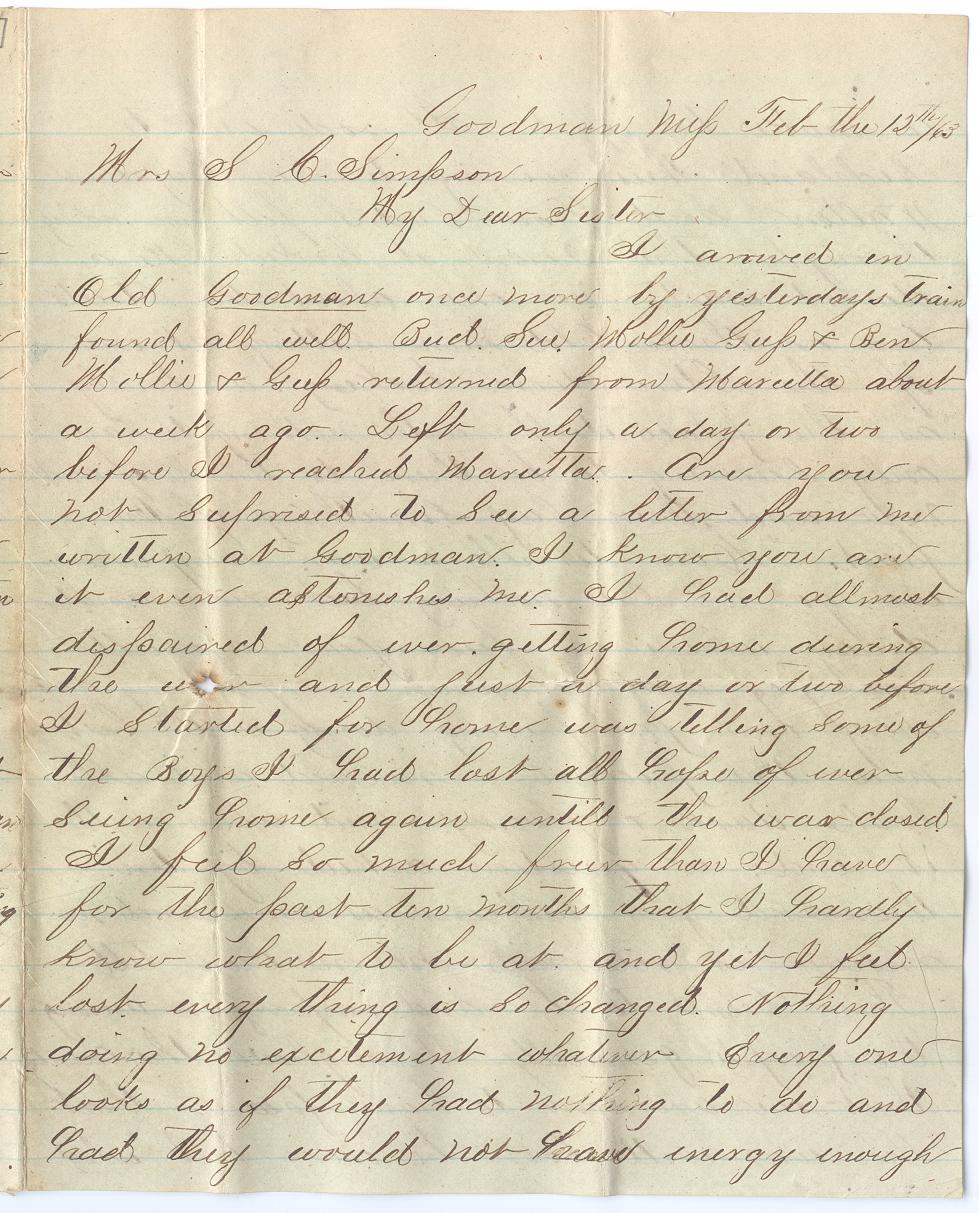 Come if you possibly can write to me as soon as you receive this. If you can come do so for it may be last chance we may ever have to meet again and may be Ma too her health is so bad and her life so uncertain.