Item description: Letter, dated 12 April 1863, from James Augustus Graham to his mother.  He describes camp life, an engagement with a Union gunboat on the Coosaw River, and his regiment’s potential involvement in the engagements occurring near Charleston. 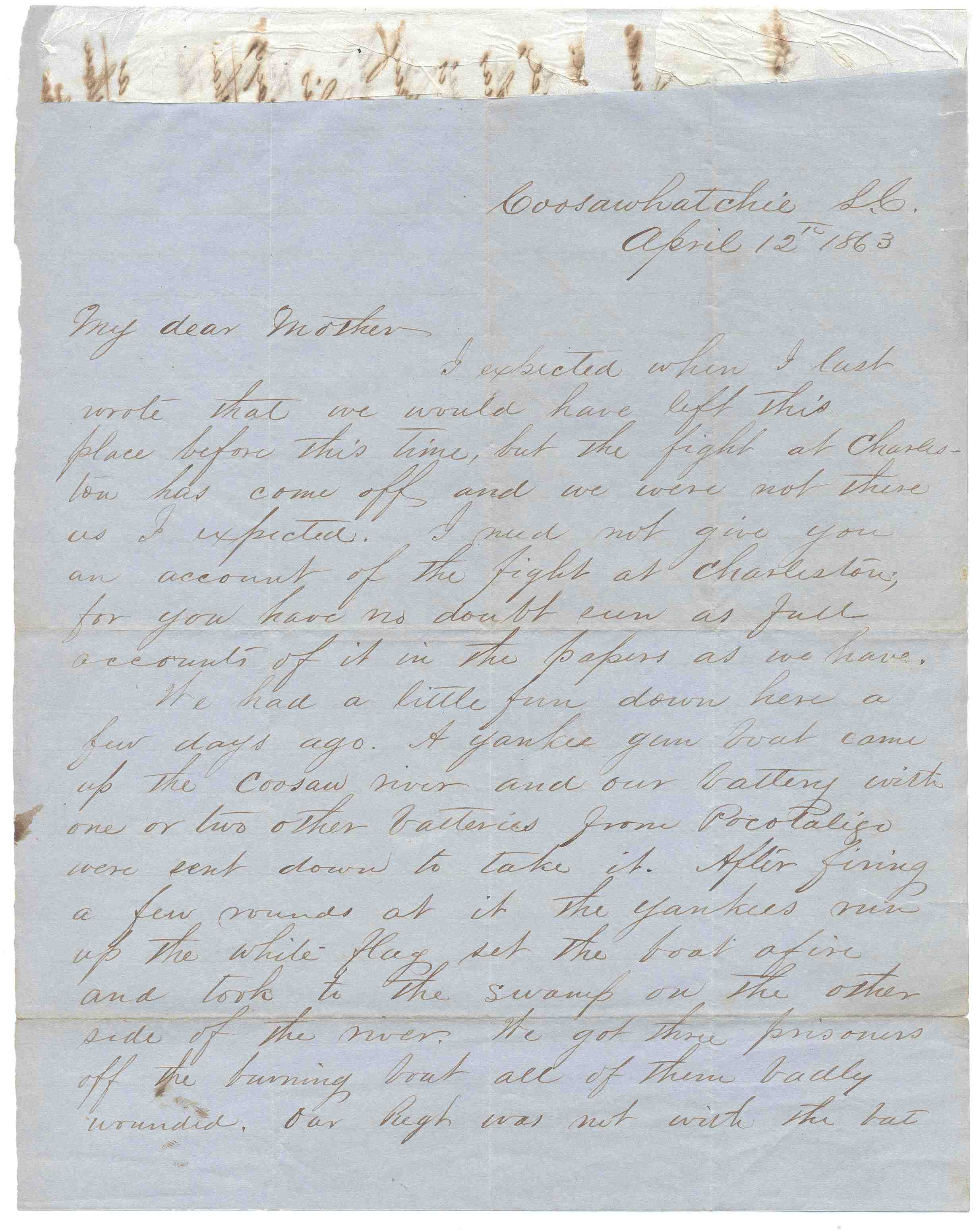 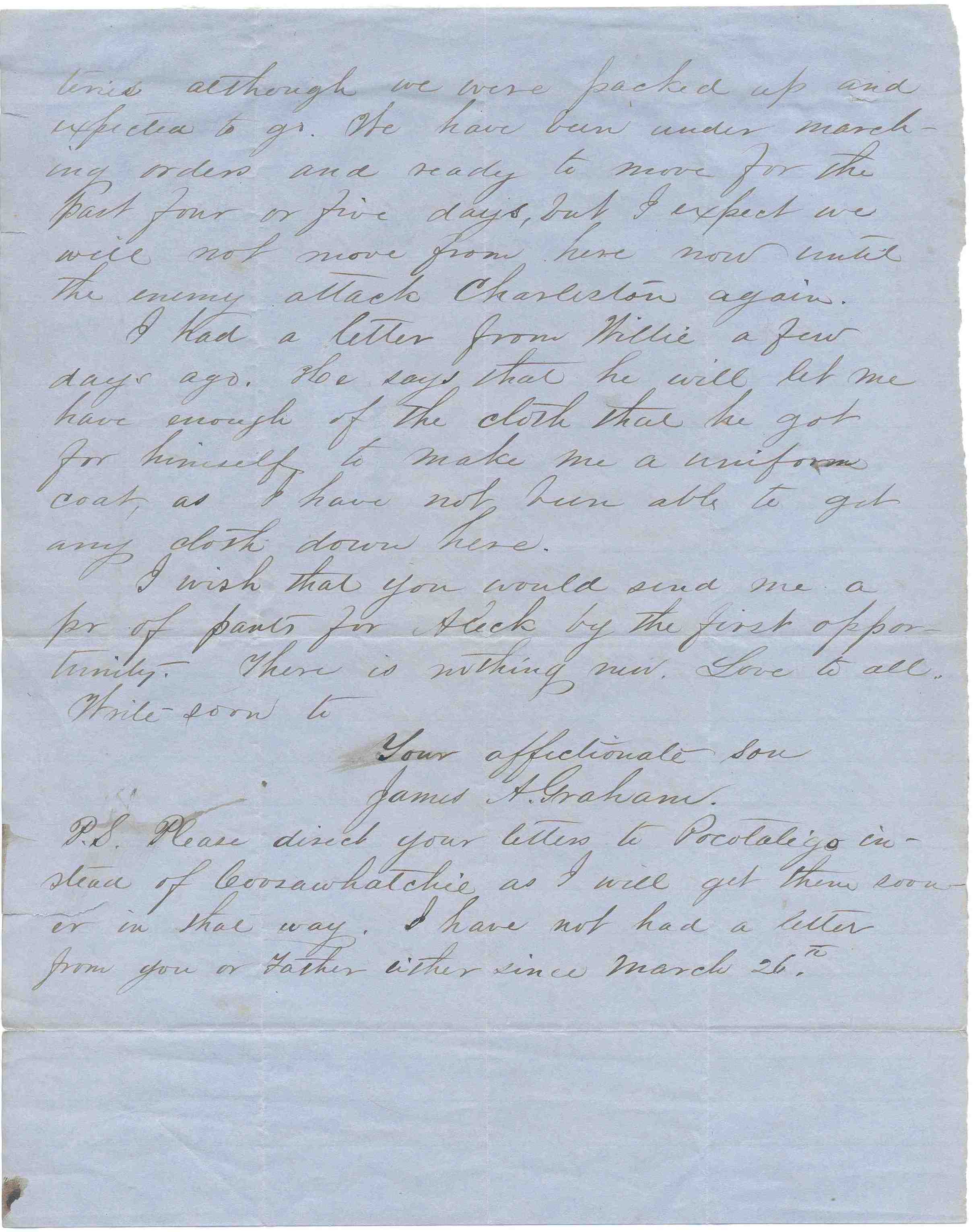 We had a little fun down here a few days ago.  A yankee gun boat came up the Coosaw river and our battery with one or two other batteries from Pocotaligo were sent down to take it. After firing a few rounds at it the yankees run up the white flag, set the boat afire and took to the swamp on the other side of the river. We got three prisoners off the burning boat all of them badly wounded.  Our regt. was not with the bat-

teris although we were packed up and expected to go. We have been under marching orders and ready to move for the past four or five days, but I expect we will not move from here now until the enemy attack Charleston again.

I had a letter from Willie a few days ago.  He says that he will let me have enough of the cloth that he got for himself to make me a uniform coat, as I have not been able to get any cloth down here.

I wish that you would send me a pr of pants for Aleck by the first opportunity.  There is nothing new. Love to all.

P.S. Please direct your letters to Pocotaligo in-stead of Coosawhatchie as I will get them sooner in that way. I have not had a letter from you or father either since March 26th.

More about this item: James Augustus Graham (1841-1908) was a resident of Hillsborough, N.C., and an officer in Company G (Orange Guards), 27th North Carolina Infantry Regiment, Confederate States of America.