25 April 1863: Nine iron clad Monitors attacked Fort Sumter and the other defences of Charleston on the 10th and were signally defeated

Posted on 25 Apr ’13 by Biff Hollingsworth 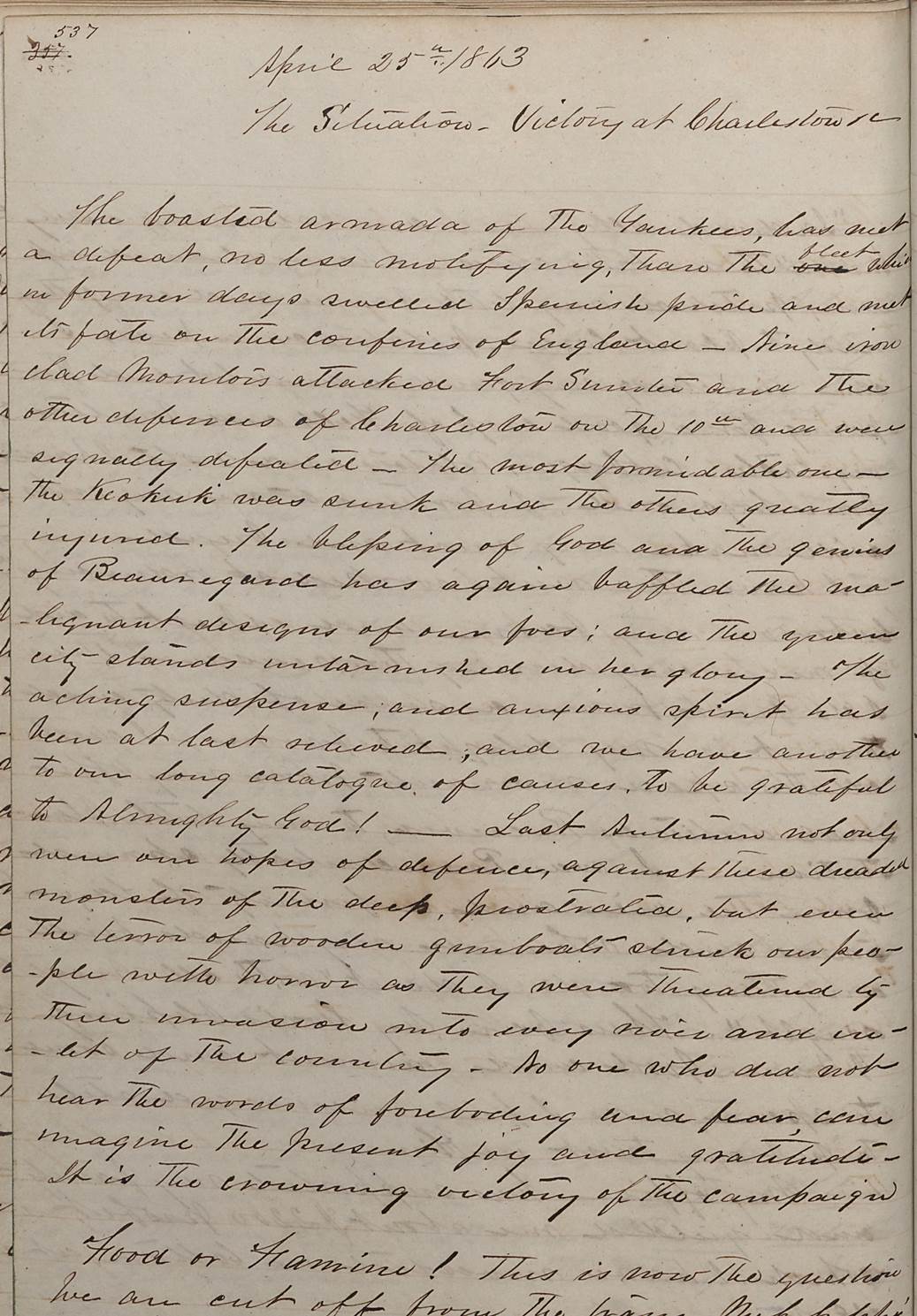 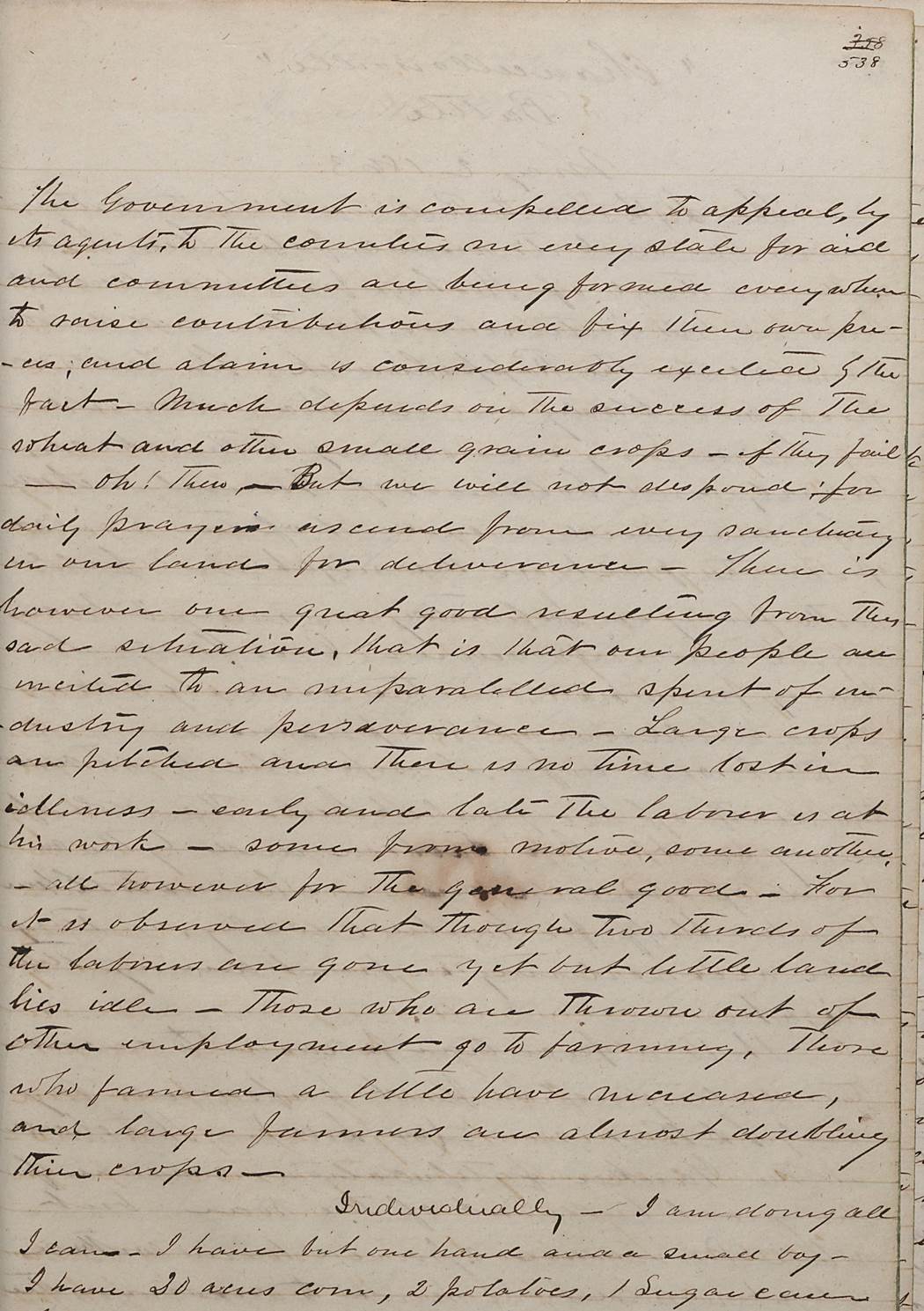 The Situation – Victory at Charleston &c –

The boasted armada of the Yankees has met a defeat, no less mo[r]tifying than the fleet which in former days swelled Spanish pride and met its fate on the confines of England.  Nine iron clad Monitors attacked Fort Sumter and the other defences of Charleston on the 10th and were signally defeated – The most formidable one – the Keokuk was sunk and the others greatly injured.  The blessing of God and the genius of Beauregard has again baffled the malignant designs of our foes; and the queen city stands untarnished in her glory.  The aching suspense, and anxious spirit has been at last relieved, and we have another to our long catalogue of causes to be grateful to Almight God!– Last Autumn not only were our hopes of defence, against these dreaded monsters of the deep, prostrated, but even the terror of wooden gunboats struck our people with horror as they were threatened by their invasion into every river and inlet of the country.  No one who did not hear the words of foreboding and fear, can imagine the present joy and gratitude.  It is the crowning victory of the campaign.

Food or Famine! This is now the question.  We are cut off
from the trans-Mississippi by a Yankee fleet which passed Vicksburg and Port-Hudson under cover of darkness, and these ports require sustenance from this side.  This with general scarcity has seriously involved the cause of our country.  The Government is compelled to appeal, by its agents, to the countries in every state for aid and committees are being formed everywhere to raise contributions and
fix their own prices, and alarm is considerably excited by the
fact.  Much depends on the success of the wheat and other small crops – if they fail – oh! then – But we will not despond;
for daily prayers ascend from every sanctuary in our land for deliverance.  There is however one great good resulting from this sad situation, that is that our people are incited to an unparalleled spirit of industry and perseverance.  Large crops are pitched and there is no time lost in idleness – early and late the laborer is at his work, some from motive, some another, – all however for the general good.  For it is observed that though two thirds of the laborers are gone yet but little land lies idle – those who are thrown out of other employment go to farming.  Those who farmed a little have increased, and large farmers are almost doubling their crops –

Individually – I am doing all I can.  I have but one hand and a
a small boy.  I have 20 acres corn, 2 potatoes, 1 Sugar cane, besides a quantity of Peas, Pumpkins 7c planted and two large gardens with these I hope to be able to live.  I am giving everything personal, close attention.