Posted on 28 Apr ’13 by Biff Hollingsworth

Item description: Brief entry, dated 28 April 1863, from Leaves from a Diary Written While Serving in Co. E, 44 Mass., Dep’t of No. Carolina, an account, written by John Jasper Wyeth of Co. E, of the experiences of the 44th Massachusetts Infantry Regiment. 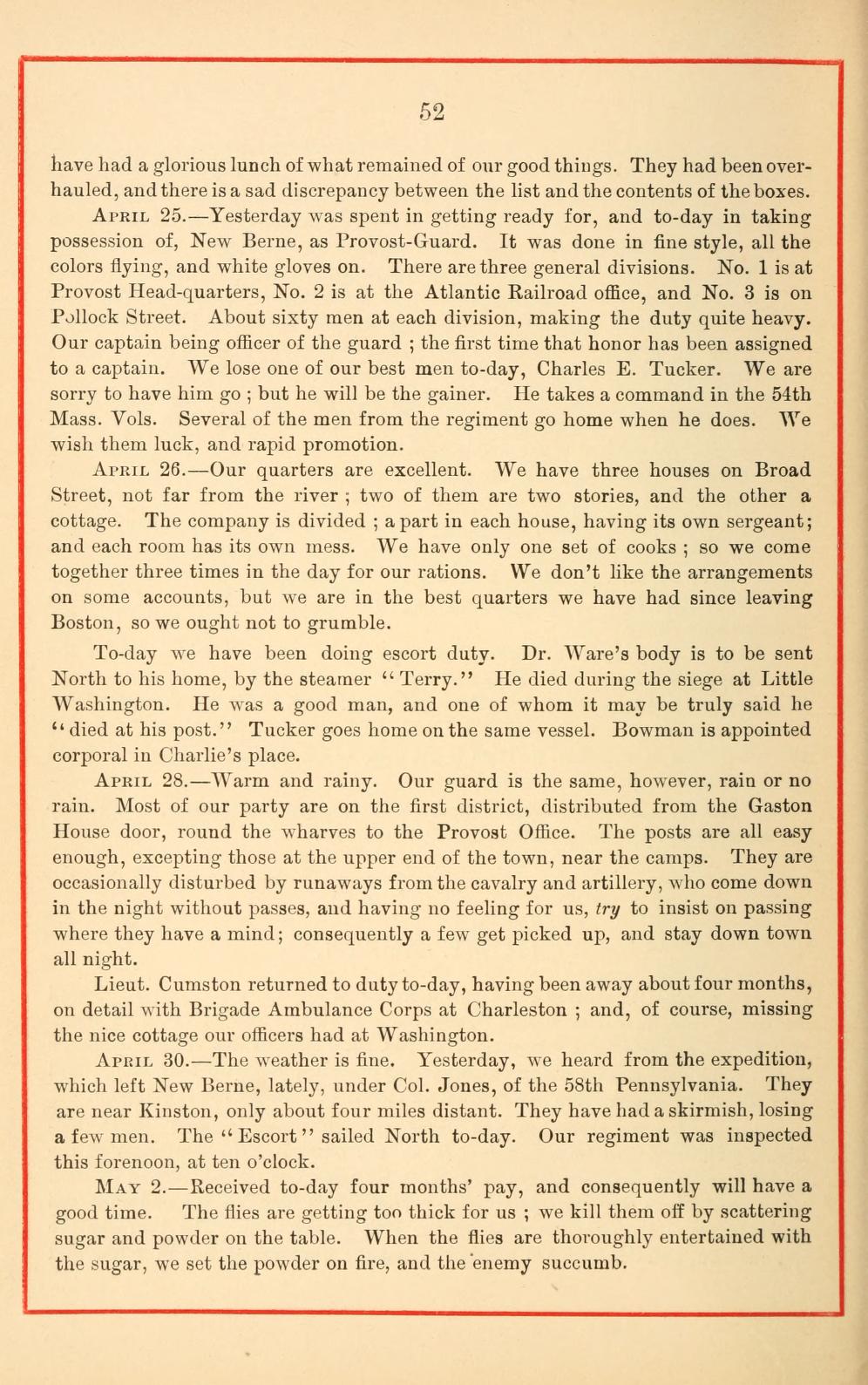 April 28. — Warm and rainy. Our guard is the same, however, rain or no rain. Most of our party are on the first district, distributed from the Gaston House door, round the wharves to the Provost Office. The posts are all easy enough, excepting those at the upper end of the town, near the camps. They are occasionally disturbed by runaways from the cavalry and artillery, who come down in the night without passes, and having no feeling for us, try to insist on passing where they have a mind; consequently a few get picked up, and stay down town all night.

Lieut. Cumston returned to duty to-day, having been away about four months, on detail with Brigade Ambulance Corps at Charleston; and, of course, missing the nice cottage our officers had at Washington.