Item description: Letter, dated 15 June 1863, from General Lafayette McLaws to his wife, Emily.  He describes his division receiving orders to march into Pennsylvania, as well as orders for the army to not “plunder and rob.” 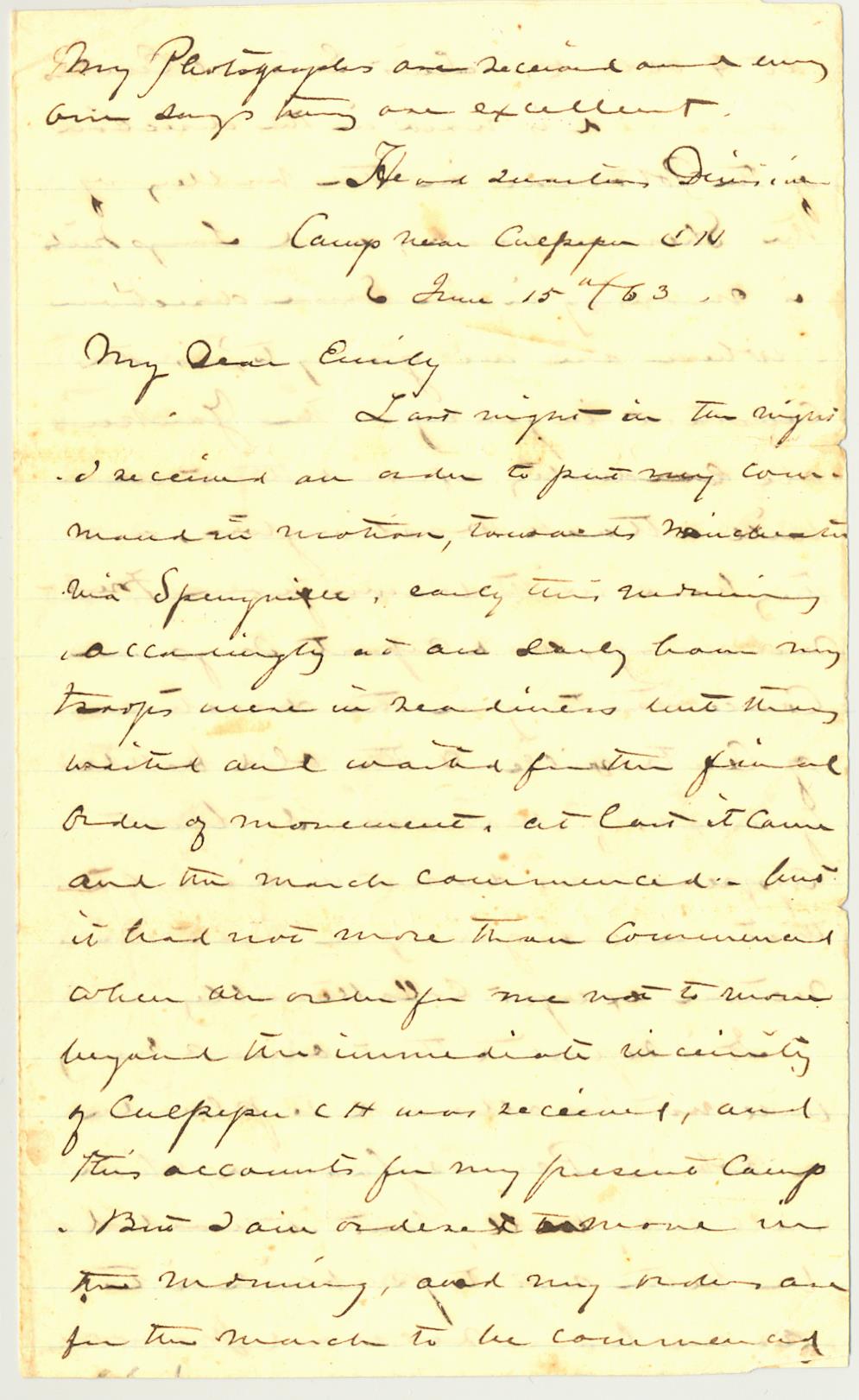 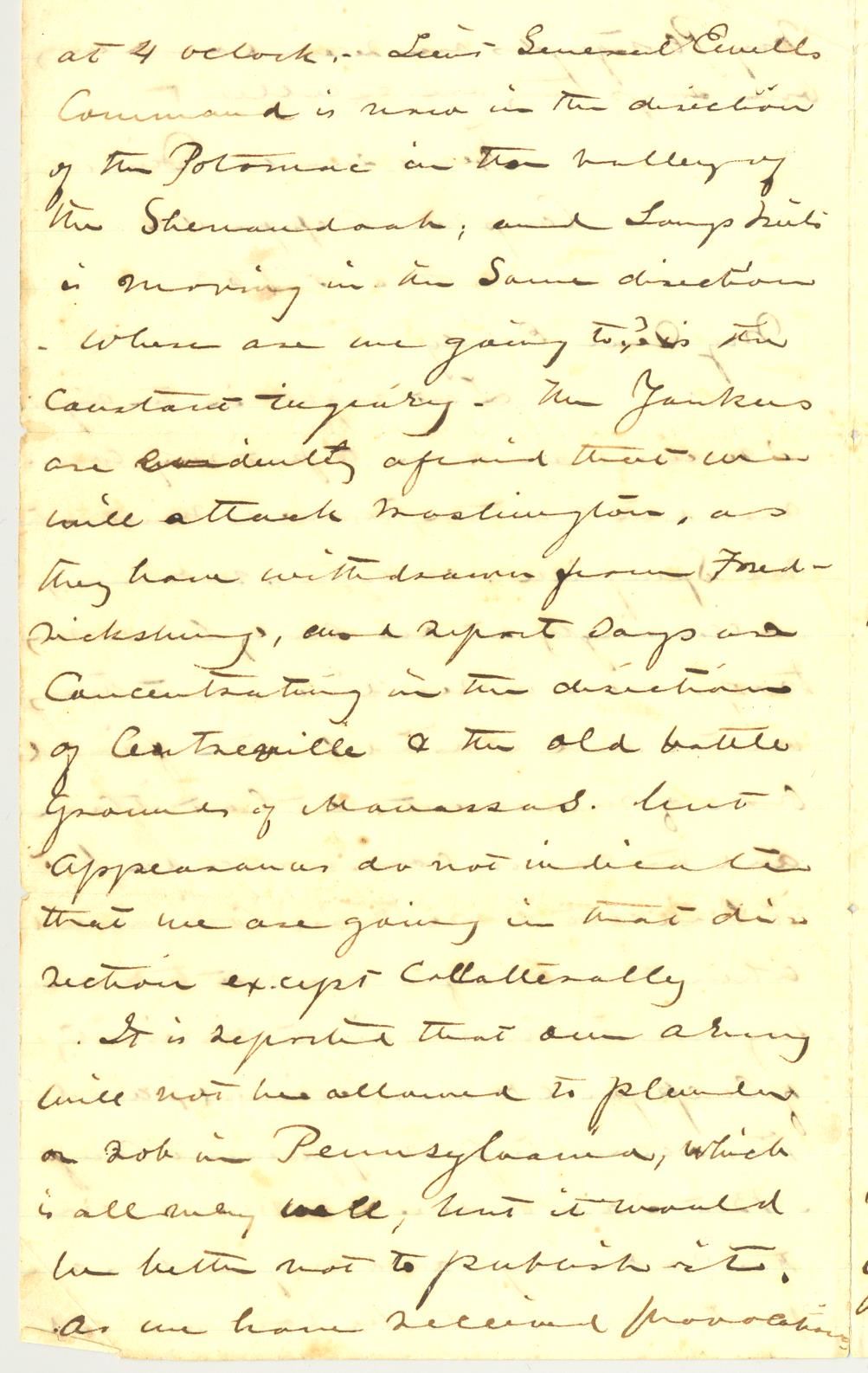 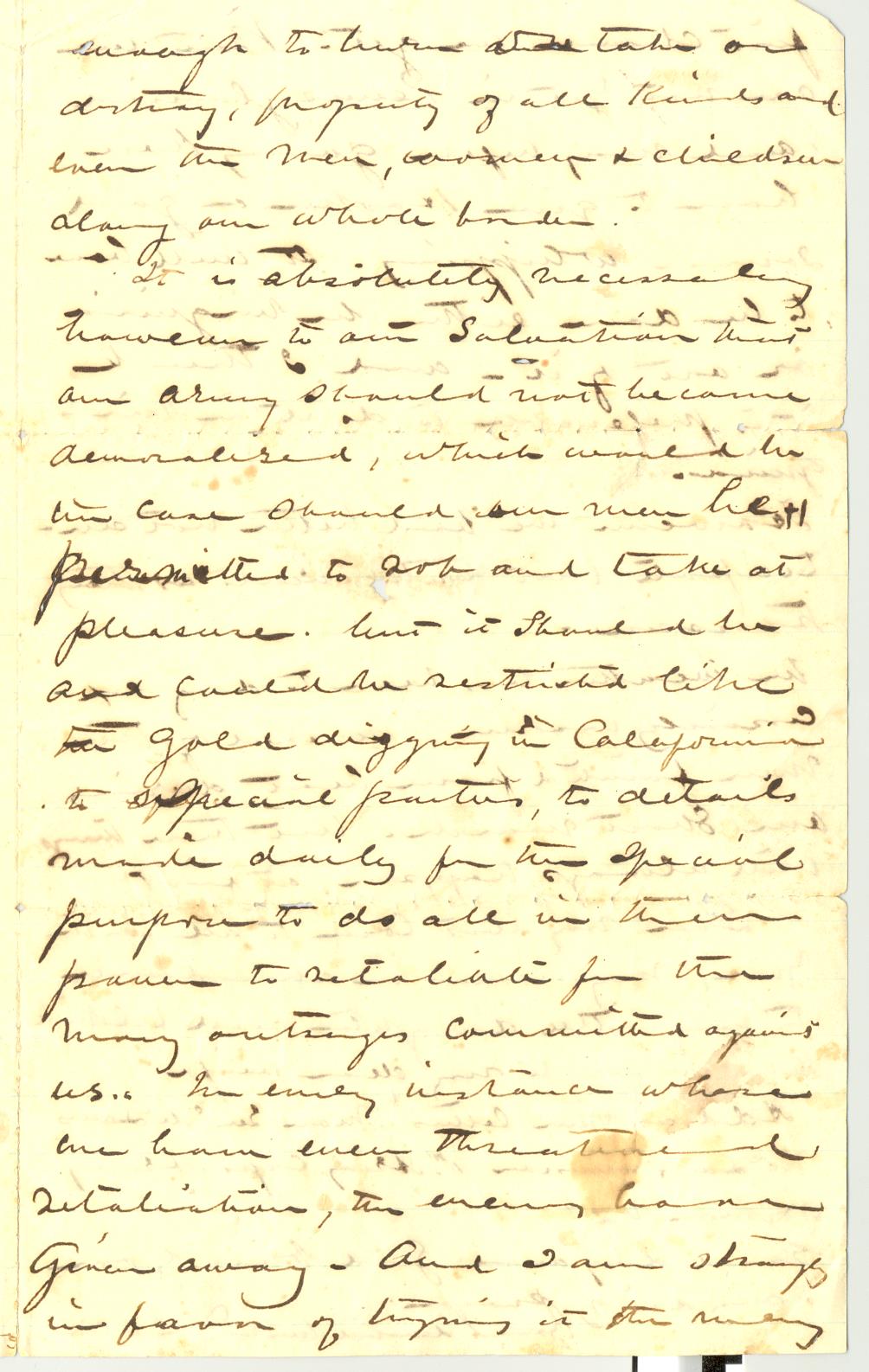 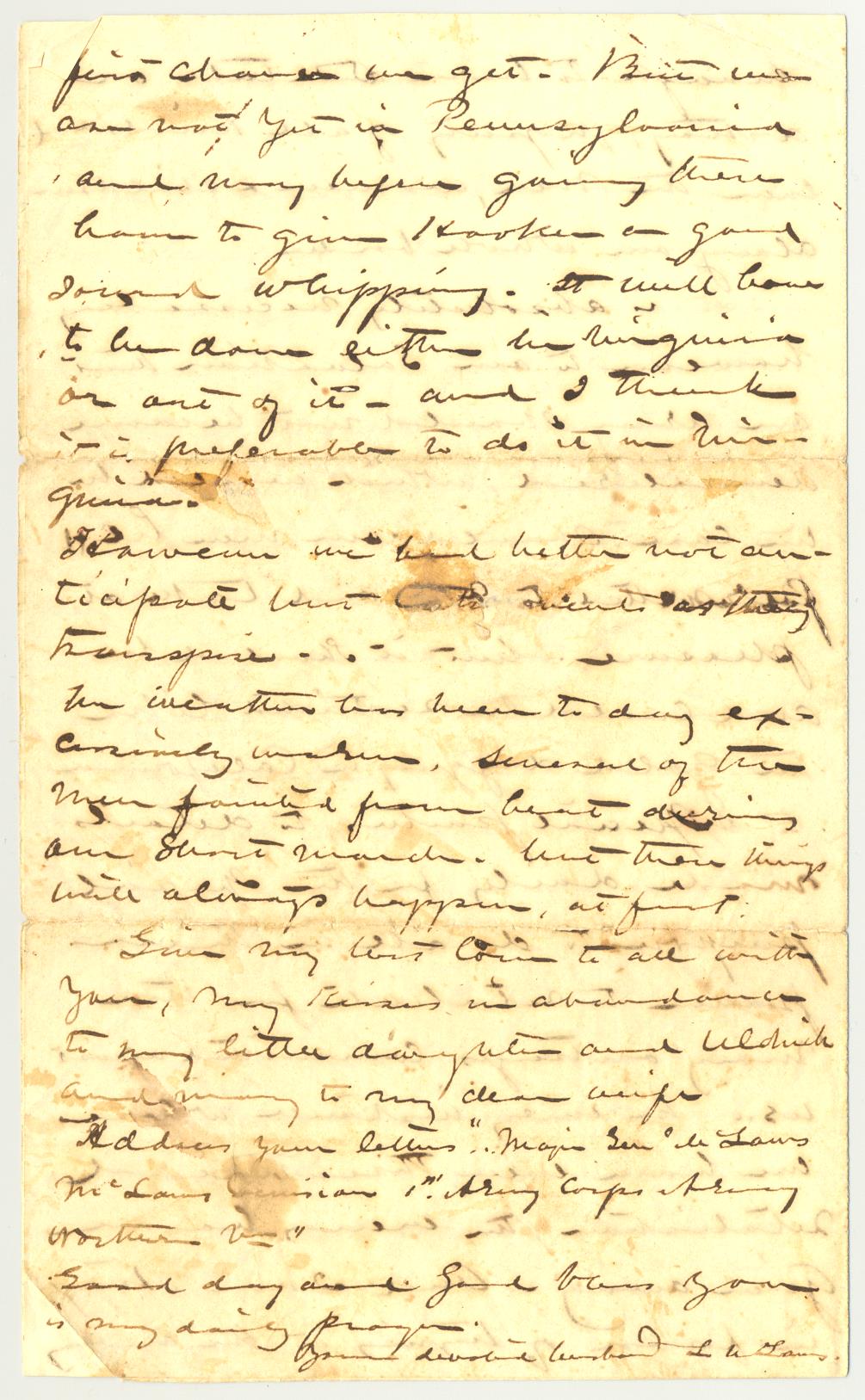 Last night in the night I received an order to put my com-mand in motion, towards Winchester via Sperryville, early this morning, accordingly at an early hour my troops were in readiness but they waited and waited for the final order of movement, at last it came and the march commenced, but it had not more than commenced when an order for me not to move beyond the immediate vicinity of Culpeper CH was received, and this accounts for my present Camp. But I aim orders to move in the morning, and my orders are for the march to be commenced at 4 o’clock, Lieut. General Ewells Command is now in the direction of the Potomac in the valley of the Shenendoah; and Longstreet’s is moving in the Same direction.  Where we are going to be is the constant inquiry. The Yankees are evidently afraid that we will attack Washington, as they have withdrawn from Fred-ricksburg, and report says are concentrating in the direction of Centreville & the old battle ground of Manasses, but appearances do not indicate that we are going in that dir-ection except collaterally.

It is reported that our army will not be allowed to plunder or rob in Pennsylvania, which is all very well, but it would be better not to publish it, as we have received provocations enough to burn and take and destroy, property of all kinds and even the men, women, and children along our whole border.

It is absolutely necessary however to our Salvation that an army should not become demoralised, which would be the case should our men be permitted to rob and take at pleasure, but it should be and could be restricted like the gold digging in California to special parties, to details made daily for the special purpose to do all in their power to retaliate for the many outrages committed against us.  The every instance where we have even threatened retaliation, the enemy have given away – and I am strongly in favor of trying it the very first chance we get.  But we are not yet in Pennsylvania and may before going there have to give Hooker a good sound whipping. It will have to be done either in Virginia or out of it – and I think it is preferable – to do it in Virginia.

However we had better not an-ticipate but take events as they transpire.  The weather has been to day excessively warm, several of the men fainted from heat during our short march.  But these things will always happen, at first.

Give my best love to all with you, my kisses in abundance to my little daughter and Uldrick and many to my dear wife. Address your letters “Major Genl. McLaws McLaws Division 1st Army Corps Army Northern Va.” Good day and God bless you is my daily prayer.

[continues at top of page 1]

My photographs are received and every one says they are excellent.