Item description: Brief entry, dated 18 June 1863, from Leaves from a Diary Written While Serving in Co. E, 44 Mass., Dep’t of No. Carolina, an account, written by John Jasper Wyeth of Co. E, of the experiences of the 44th Massachusetts Infantry Regiment. 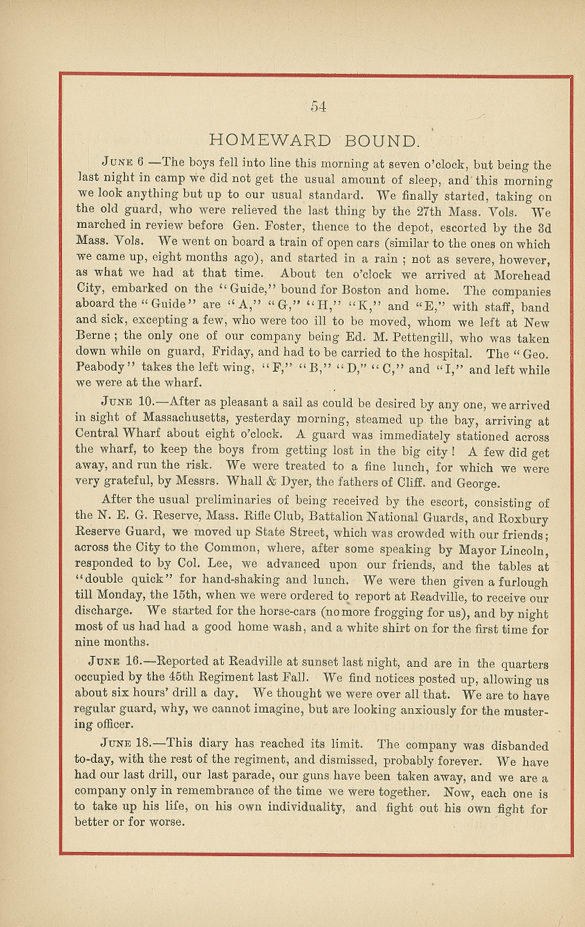 Transcription: “This diary has reached its limit.  The company was disbanded to-day, with the rest of the regiment, and dismissed, probably forever.  We have had our last drill, our last parade, our guns have been taken away, and we are a company only in remembrance of the time we were together. Now, each one is to take up his life, on his own individuality, and fight out his own fight for better or for worse.”