Item description: Letter, dated 19 June 1863, from Annie Maney Schon in Atlanta, Georgia, to her sister Bettie Maney Kimberly.  The letter discusses the sewing of clothes, as well as whether the sisters’ parents would take the oath of allegiance to the Union in order to leave Nashville, Tennessee. 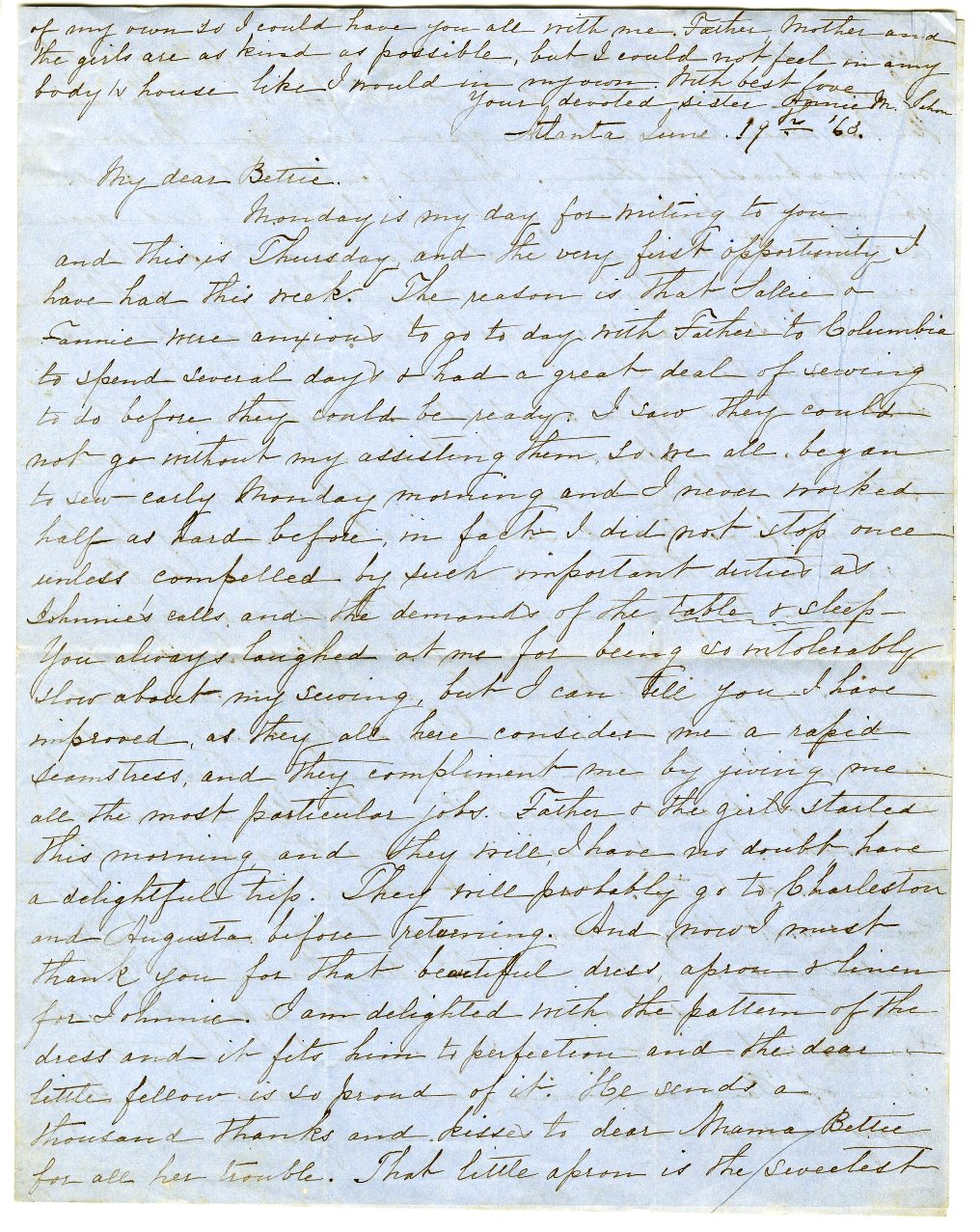 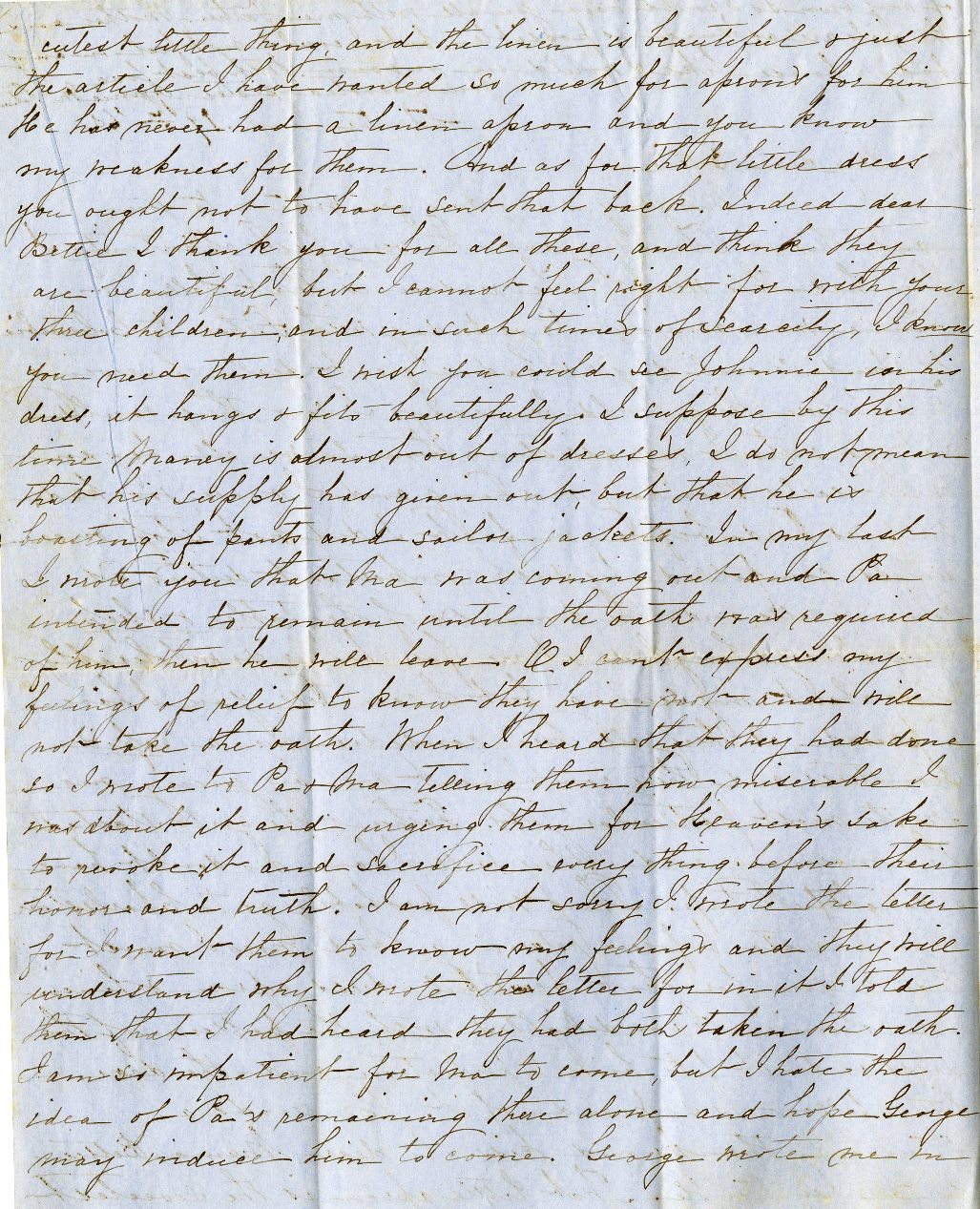 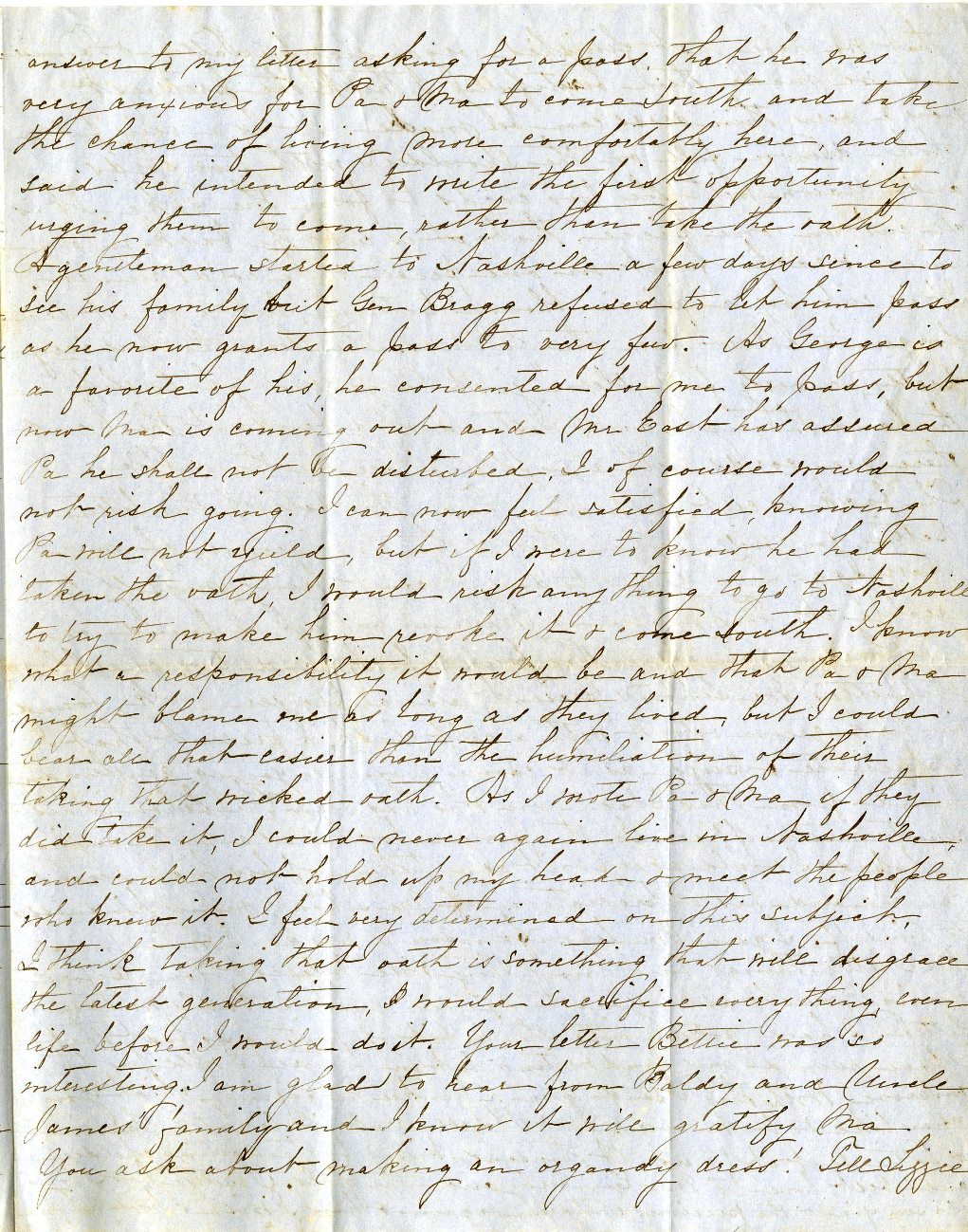 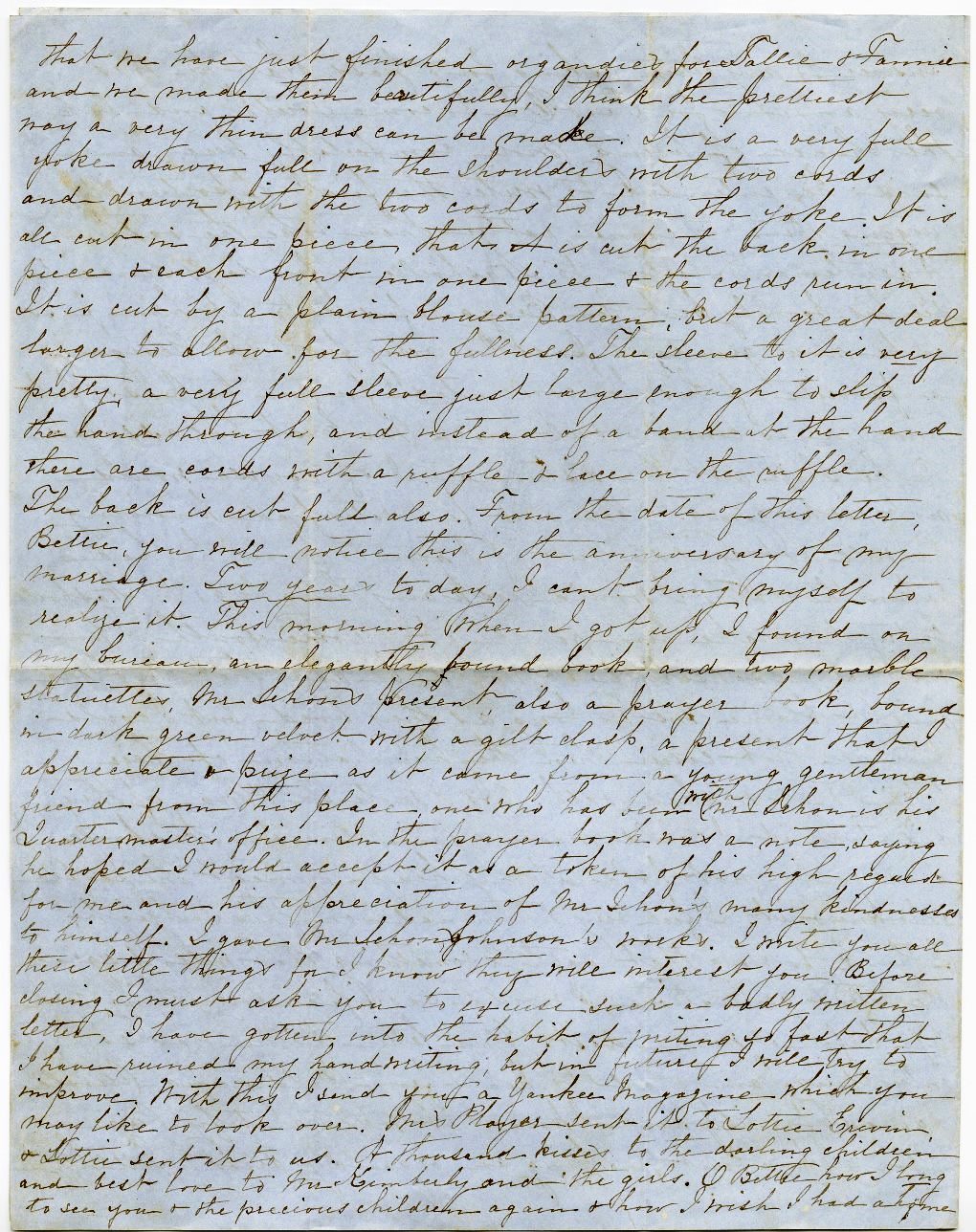 Item citation: From folder 41 of the John Kimberly Papers in the Southern Historical Collection, Wilson Library, University of North Carolina at Chapel Hill.