Posted on 20 Jun ’13 by Rebecca Williams

Item Description: Letter dated 20 June 1863 written by Thomas Frederick Boatwright from a camp in Maryland. Boatwright was a lieutenant in the 44th Virginia Infantry Regiment, Confederate States of America. Boatwright was killed at the Battle of Spotsylvania Courthouse in May 1864. 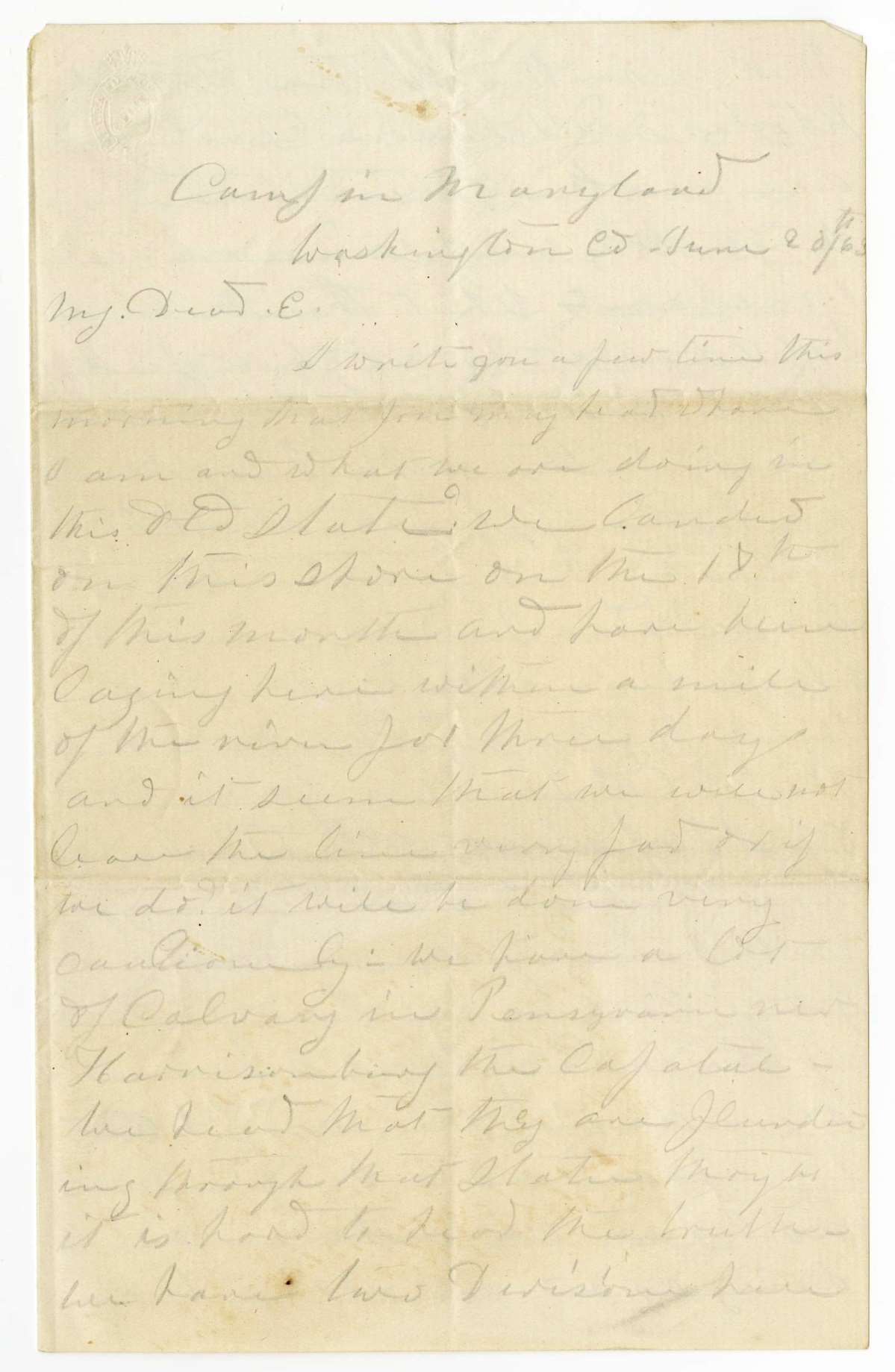 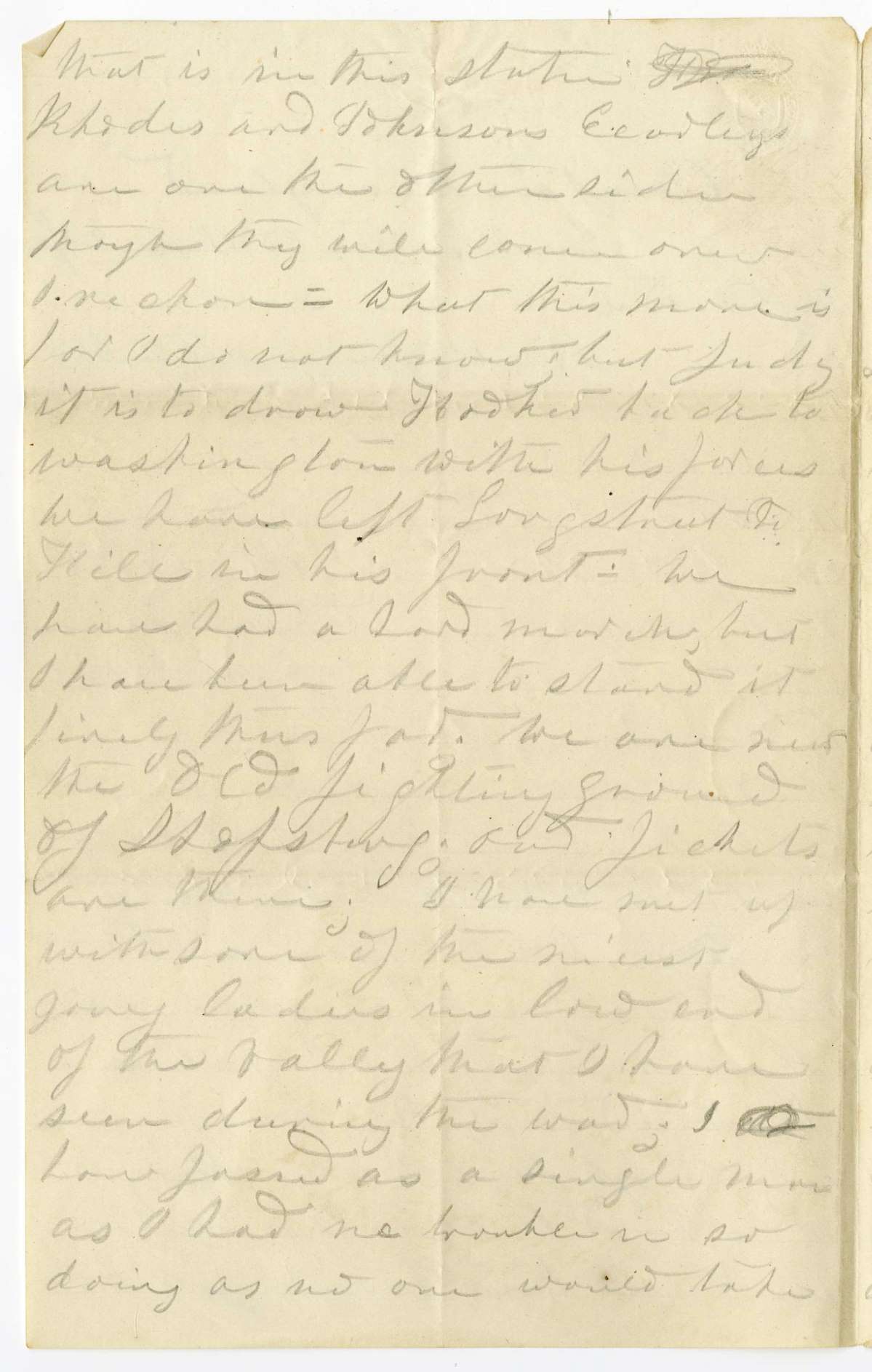 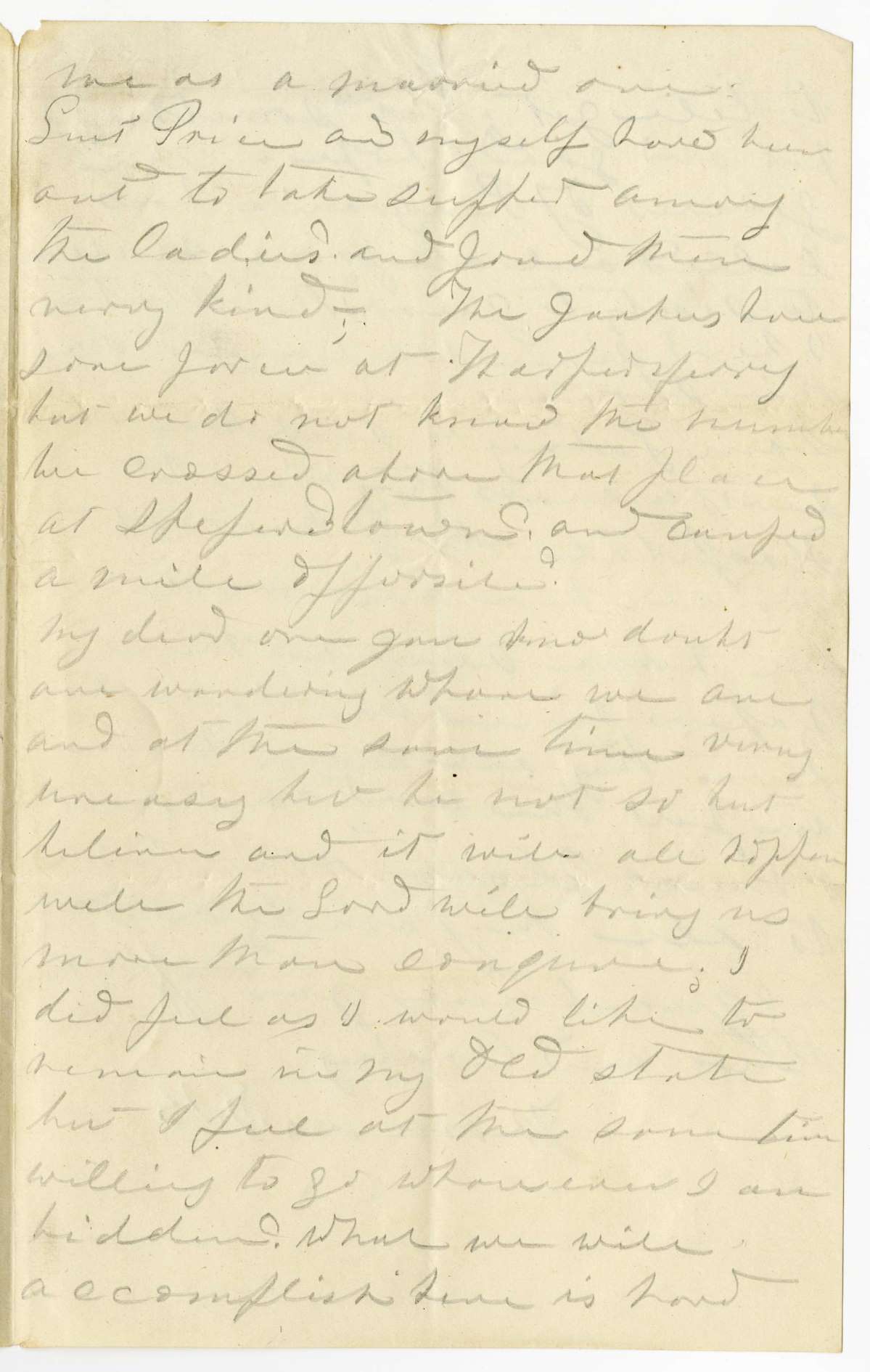 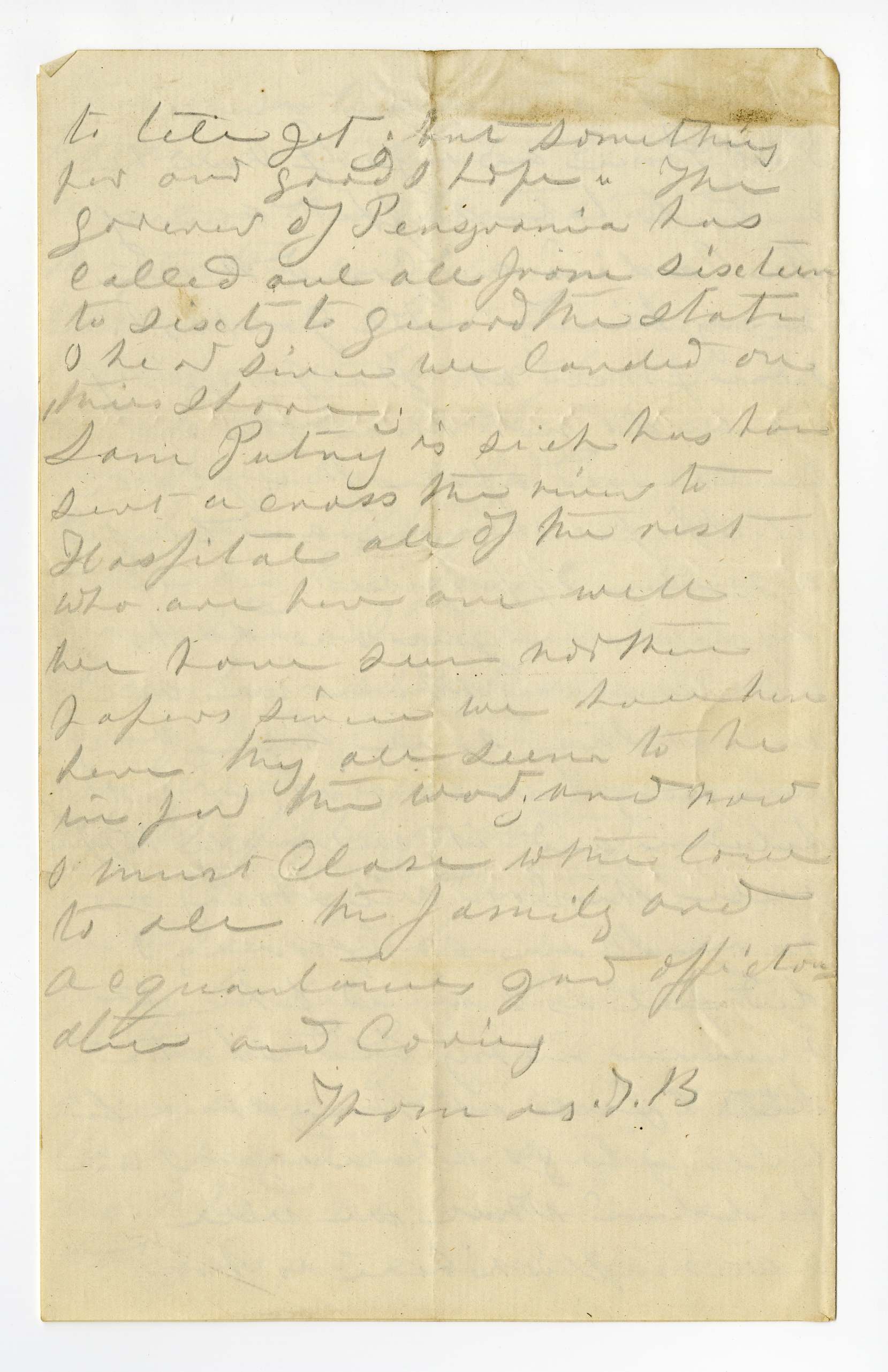 I write you a few lines this morning that you may find where I am and what we are doing in this Old State. We landed on this stone on the 18th of this month and have been laying here within a mile of the river for three days and it seem that we will not leave the line very far or if we do it will be done very cautiously _ we have a lot of Calvary in Pennsylvania not Harrisburg the Capital- we heard that they are plundering through that State though  it is hard to head the truth we have two Division here that is in this station. Rhodes and Johnsons Calvary are on the other side though they will come over ? ? = what this move is for I do not know but surely it is to draw Hooker back to Washington with his forces We have left Longstreet & Hill in his front- We have had a hard march, but I have been able to stand it finely thus far. We are near the Old fighting ground of Strasburg our pickets are thin; I have met up with some of the nicest young ladies in low and of the Valley that I have seen during the war. I have ? as a single man as I had no broke in so doing as no one would take me as a married one. Lieut. Price and myself have been out to take supper among the ladies and found them very kind-  The Yankees have done for us at Harper’s Ferry but we do not know the number he crossed when that ? at ? and crossed a mile offensive.

My dear one your kind doubts are are wondering where we are and at the same time very uneasy but be not so but believe and it will all happen well the Lord will bring us more than conquerors; I did feel as I would like to remain in my Old State but I feel at the sametime willing to go wherever I am bidden. What we will accomplish since is hard to ? get. but something ? and good I hope. The governor of Pennsylvannia has called out all from ? to ? to guard the state. I heard since we landed on this stone.

Sam Putney is sick has been sent across the river to Hospital all of the rest who are here are well we have seen nothing ? since we have been here. They all seem to be in for this war; and now I must close with love to all the family and acquaintances your affectionate and loving