18 July 1863: “You may have the satisfaction to know that he fell where we would all wish to fall (if it be God will) with his face to the enemy.”

Posted on 18 Jul ’13 by Biff Hollingsworth

Item description: John Caldwell served in Co. E, 33rd Regiment, North Carolina Troops. View an earlier letter, dated 22 June 1863, in which Jonny tells his father about his unit’s movement through Virginia, here.  In the letter that follows, dated 18 July 1863, Caldwell’s commanding officer informed the boy’s parents that “his little friend Jonny” had been mortally wounded in the battle at Gettysburg. 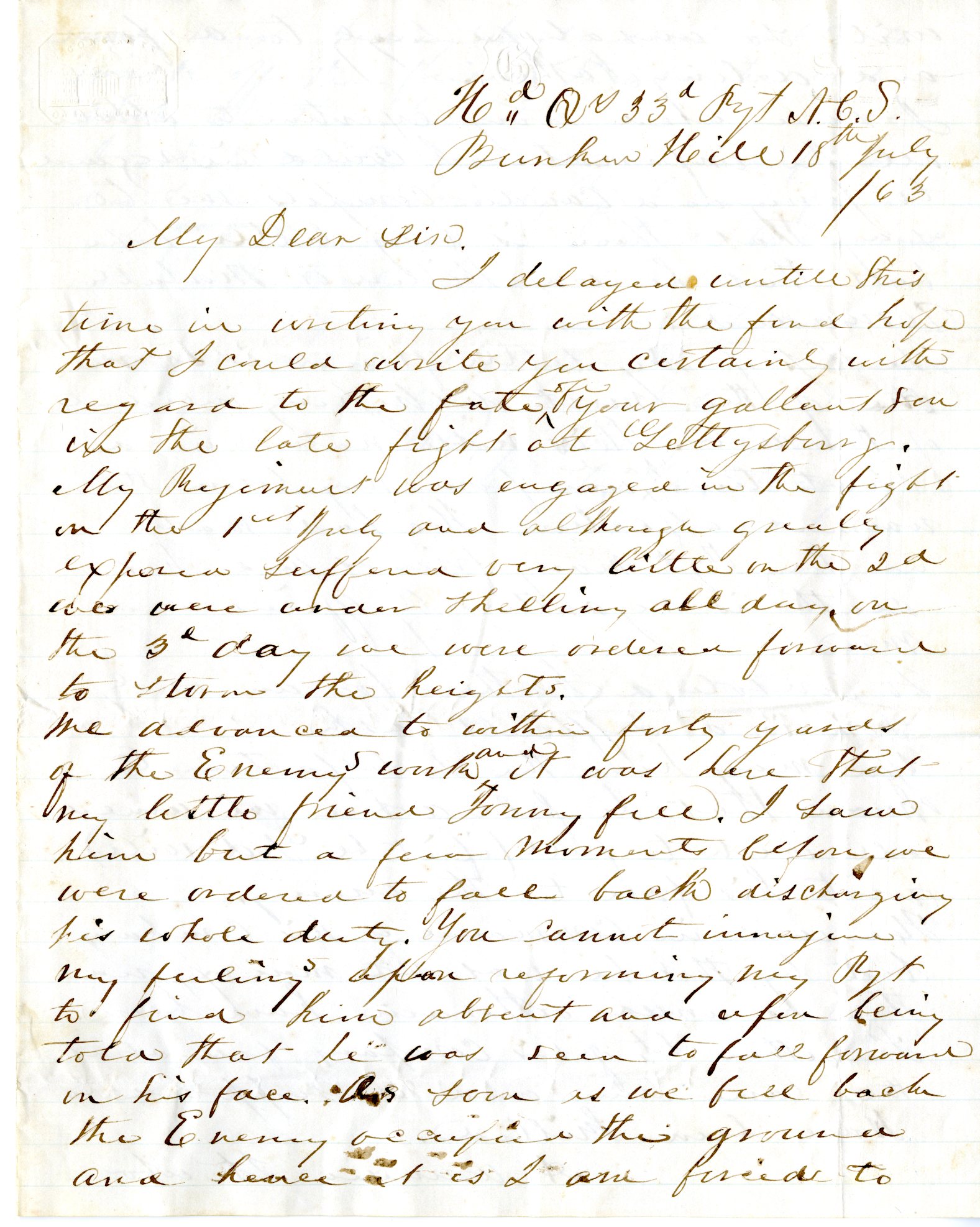 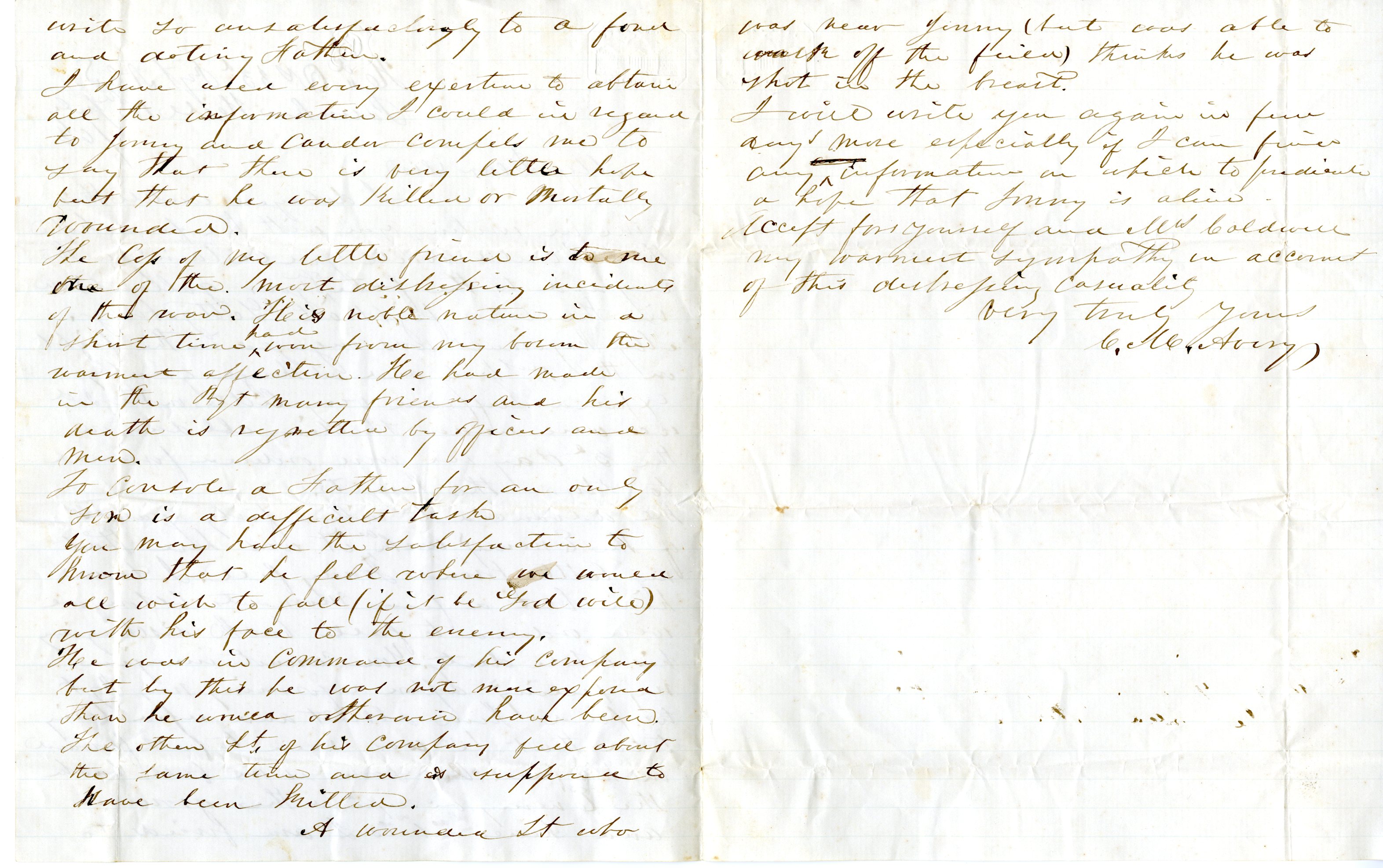 I delayed until this time in writing you with the fond hope that I could write you certainly with regard to the fate of your gallant son in the late fight at Gettysburg. My Regiment was engaged in the fight on the 1st July and although greatly exposed suffered very little on the 2nd we were under shelling all day, on the 3rd day we were ordered forward to storm the heights.

The advance to within forty yards of the enemys work and it was here that my little friend Jonny fell. I saw him but a few moments before we were ordered to face back discharging his whole duty. You cannot imagine my feelings upon reforming my Rgt to find him absent and upon being told that he was seen to fall forward on his face. As soon as we fell back the Enemy occupied the ground and hence it is I am freed to write so unsatisfactingly to a fond and doting father.

I have used every exertion to obtain all the information I could in regard to Jonny and cander compels me to say that there is very little hope but that he was killed or mortally wounded.

The loss of my little friend is to me one of the most distressing incidents of the war. His noble nature in a short time had won from my bosom the warmest affection. He had made in the Regt many friends and his death is … by the officers and men.

To console a father for an only son is a difficult task.

You may have the satisfaction to know that he fell where we would all wish to fall (if it be God will) with his face to the enemy.

He was in command of his company but by this he was not more exposed than he would otherwise have been. The other Lt of his company fell about the same time and suppose to have been killed.

A wounded Lt who was near Jonny ( but was able to walk off the field) thinks he was shot in the heart.

I will write you again in few days more especially if I can find any information on which to predicate a hope that Jonny is alive.

Accept for yourself and Mrs Coldwell my warmest sympathy on account of this distressing casualty.

This entry was posted in Southern Historical Collection and tagged Battle of Gettysburg, casualties, John Caldwell. Bookmark the permalink.