Item Description: Letter dated August 16, 1863 from James Augustus Graham to his mother. In it, Graham mentions he hasn’t received very many letters from his parents and also discusses plans to send home a pair of pants for mending. He additionally speaks of a Northern raid on Falmouth, a town in Virginia. James Augustus Graham served in the 27th North Carolina Infantry Regiment, Confederate States of America, and survived, living to 1908. 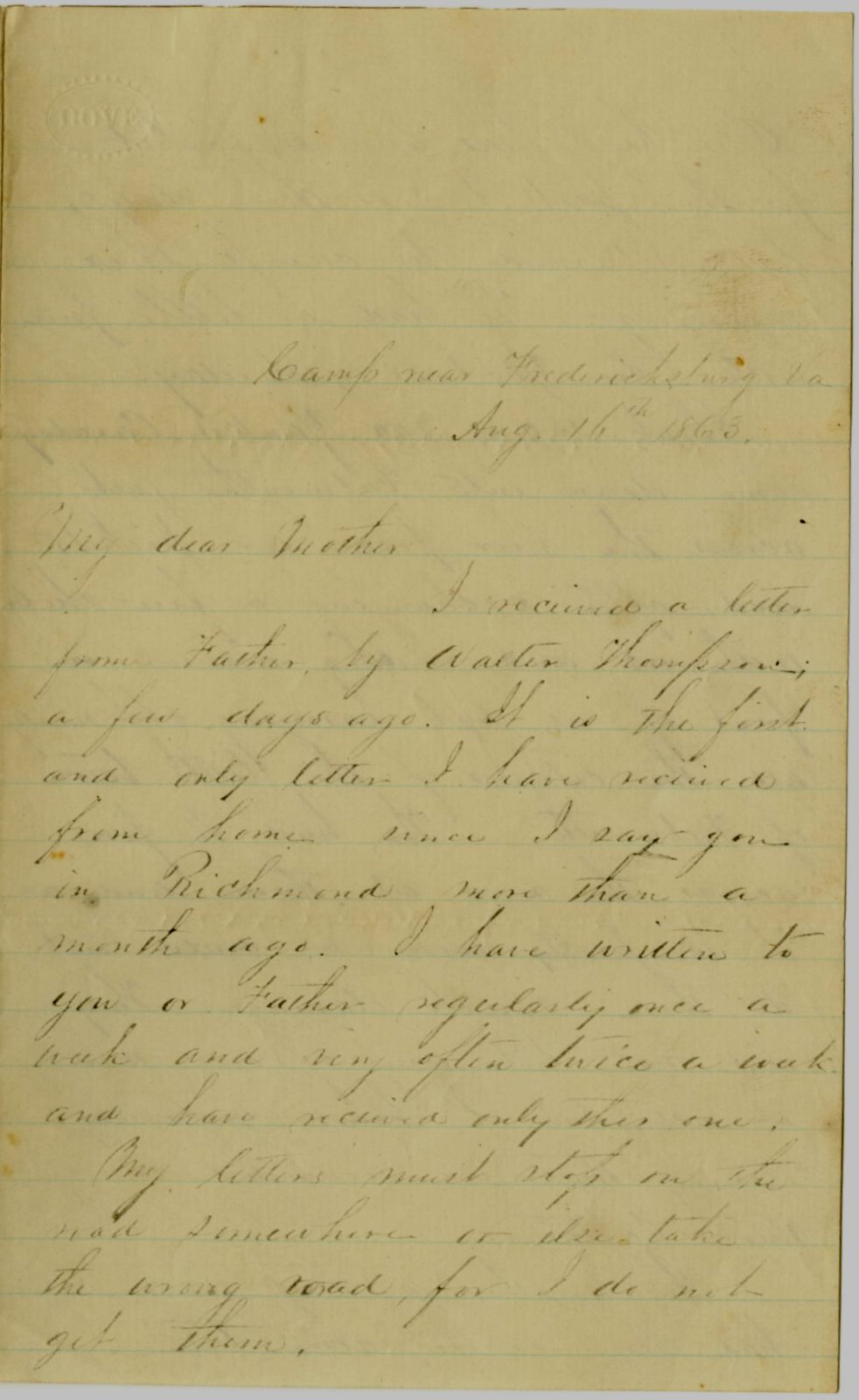 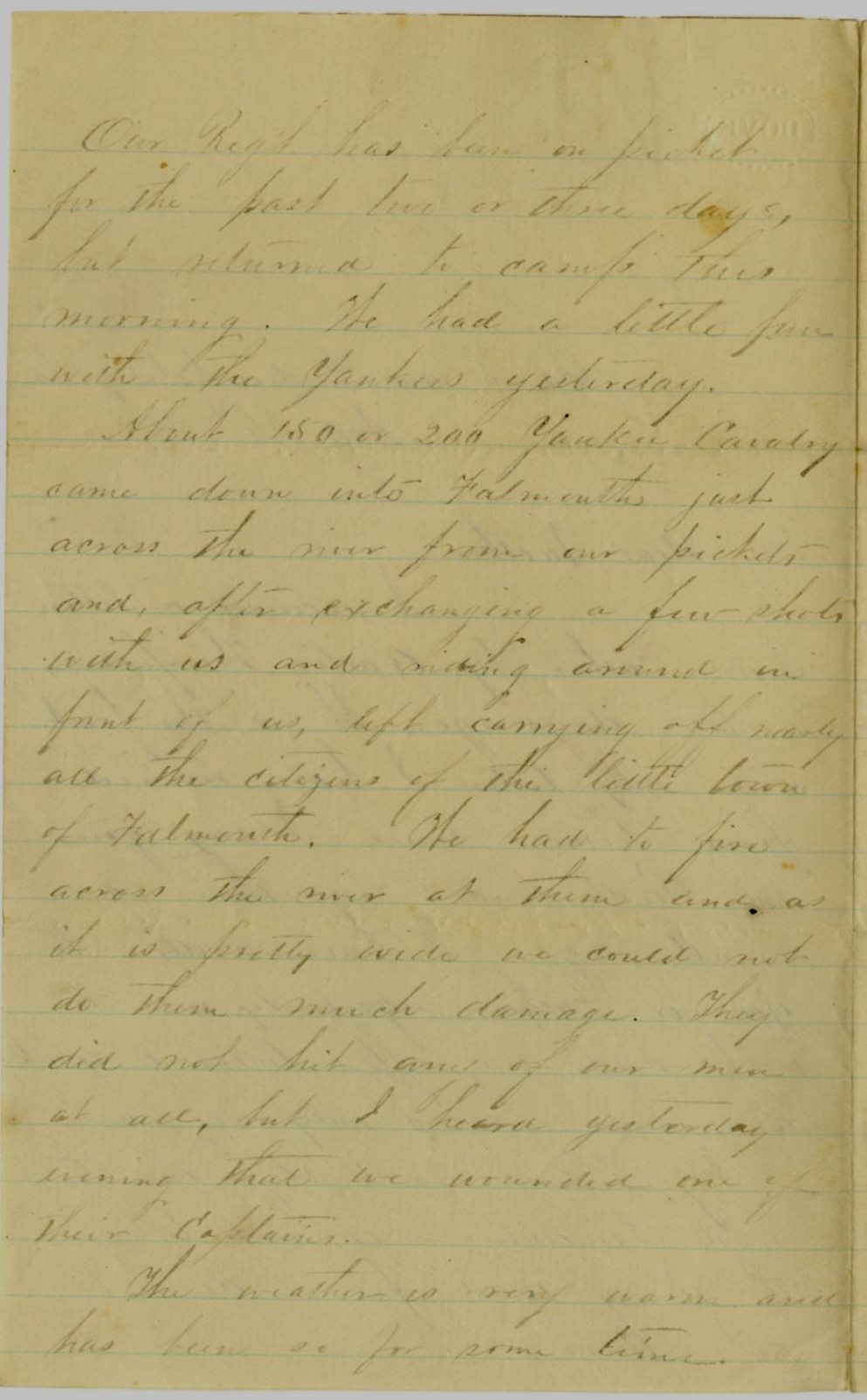 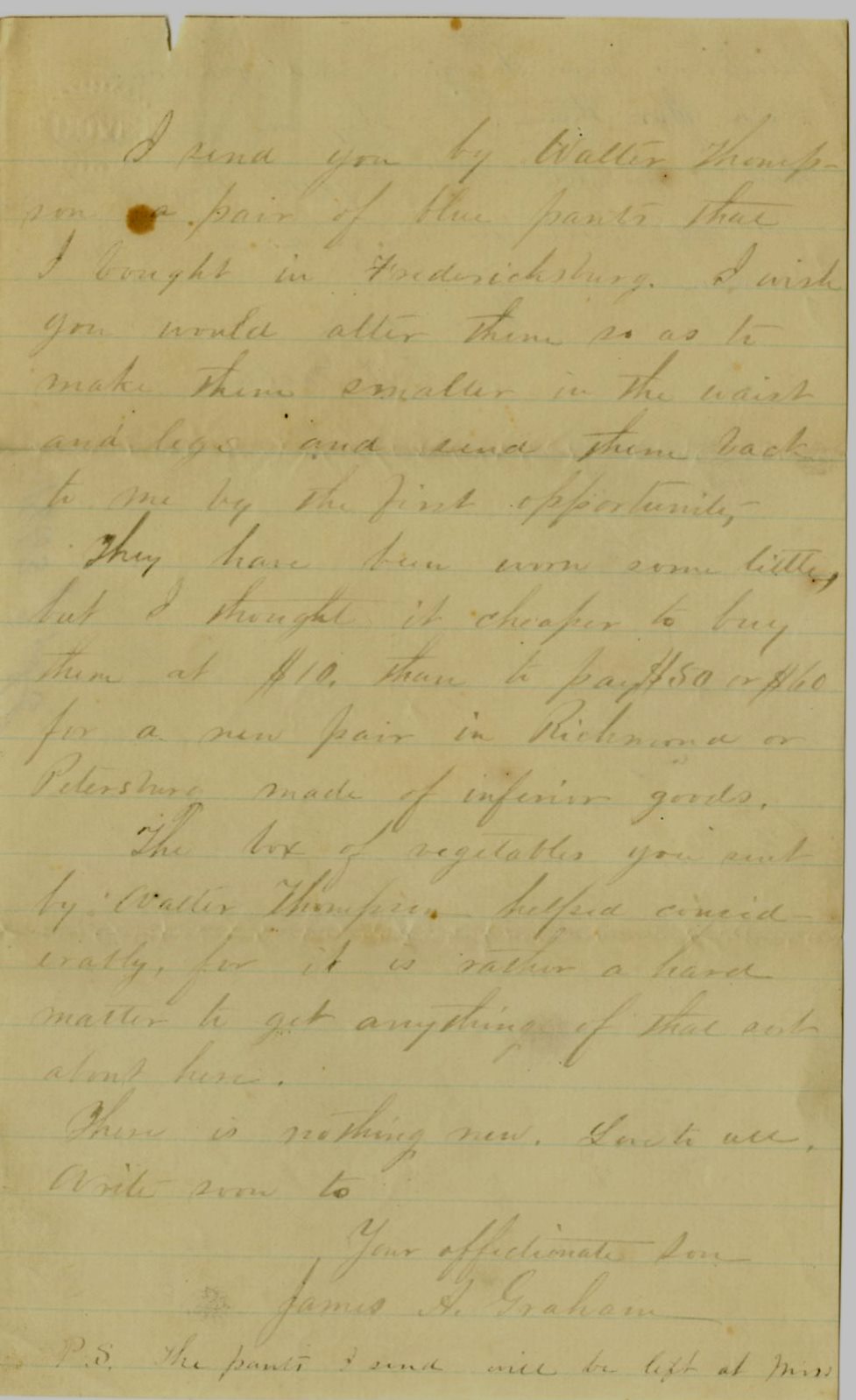 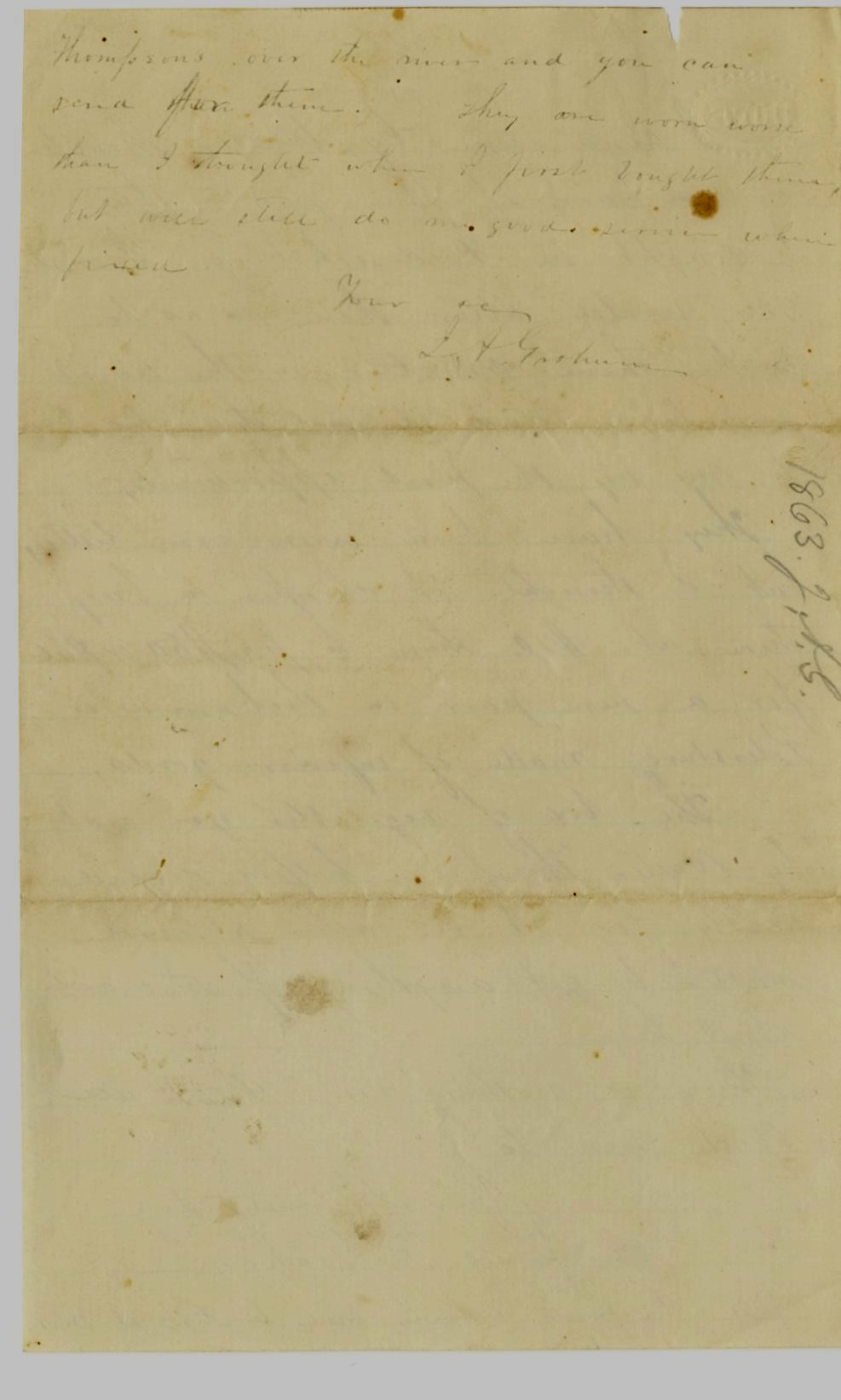 I received a letter from Father, by Walter Thompson, a few days ago. It is the first and only letter I have received from home since I saw you in Richmond more than a month ago. I have written to you  or Father regularly once a week and very often twice a week and have received only the one.

My letters must stop on the road somewhere or else take the wrong road, for I do not get them. Our regiment has been on picket for the past two or three days, but returned to camp this morning. We had a little fun with the Yankees yesterday.

About 150 or 200 Yankee Cavalry came down into Falmouth just across the river from our pickets and, after exchanging a few shots with us and riding around in front of us, left carrying off nearly all the citizens of the little town of Falmouth. We had to fire across the river at them and as it is pretty wide we could not do them much damage.
They did not hit any of our men at all, but I heard yesterday evening that we wounded one of their Captains.

The weather is very warm and has been so for some time.

I send you by Walter Thompson a pair of the pants that I bought in Fredericksburg. I wish you would alter them so as to make them smaller in the waist and legs and send them back to me by the first opportunity.

They have been worn some little, but I thought it cheaper to buy them at $10 than to pay $50 or $60 for a new pair in Richmond or Petersburg made of inferior goods.

The box of vegetables you sent by Walter Thompson  helped considerably, for it is rather a hard matter to get anything of that sort along here.

There is nothing new. Love to all. Write soon to

P.S. The pants I sent will be left at Miss Thompsons over the river and you can send for them. They are worn more than I thought when I first bought them, but will still do me good service when fixed.

This entry was posted in Southern Historical Collection and tagged James A. Graham. Bookmark the permalink.